Some time ago I reviewed Oathmark: Battles of the Lost Age in very enthusiastic terms and I must say; this enthusiasm hasn't lessened at all by playing it a number of times. In the meantime three expansion books have been published so it was about time that I took a look at those.

All three books have been published by Osprey Publishing as full colour 80-page softcovers in the familiar Osprey squarish size. They share the pleasant layout of the rulebook.

All three books are more-or-less built up around a central theme and offer some extras on the side. One should not mistake them for equivalents of the classic "army books" as only Oathbreakers can be viewed as such really. Their contribution to the game is mostly collateral and has more to do with new units,  mini-campaigns, terrain and RPG-esque additions. 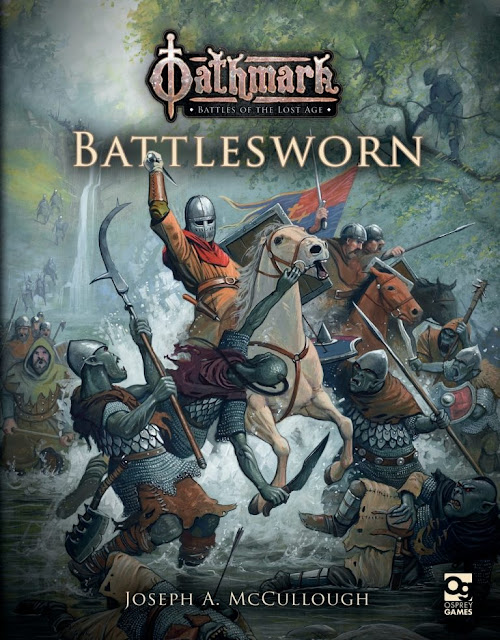 Battlesworn was the first expansion to be published and anticipation was high on my account. I expected an army book on one of the missing races, like Undead, but instead got something else entirely.

Battlesworn, as the title suggests, has elite units as its central theme. The book offers rules to enhance units that perform exceptionally well in battle with Battle Honours. While giving an RPG-like taste  by individualizing units like this, Battle Honours can actually be used (sparsely) on the battlefield itself by re-rolling dice. The book offers rule suggestions for gaining Battle Honours which can also be lost and regained. These elite units are tough and might even overcome destruction or Breaking.

When you think this takes up the best part of the book you are wrong. That role is actually taken by water: as a terrain type to be sailed or crossed, as a reason to introduce the Engineer Unit (who can bridge water but also builds fortifications), Boats, water-related Spells and three water-dwelling monsters.

The book also contains three Military Expeditions. These are actually ready-to-play mini-campaigns of up to 4 scenarios that come with a few unique territories to be won.

So if you want to dabble in fortifications and amphibious landings and have plans for a Lake Battle, this is a book for you.

So instead of an army list this book offers bits and pieces to enrich your games, play on a different (wetter!) kind of table for a change and play campaigns.

Do you need this to enjoy Oathmark? Well, no. It expands on the gaming possibilities by adding water as terrain and lets you individualize units. But of course if you don't care to build boats or name units you can certainly do without. The Engineer unit might even be the most generally applicable contents of this book. Nevertheless, it's a fun and well-made addition to the game. 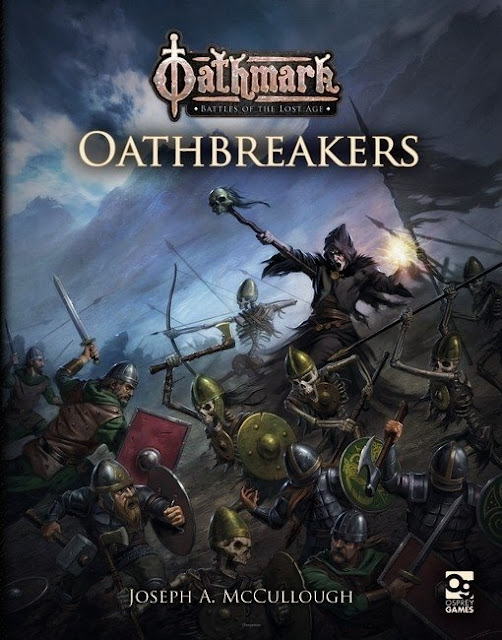 Oathbreakers' central theme are the Undead. The book offers rules, territories, Special Abilities, Spells and unit lists to found an Undead kingdom and play Undead armies. In that respect it is the only Army list book of the three.
All the classic Undead types are represented and then some except, oddly enough, the Zombie. Undead rank and file is made up of Skeletons (the grunts that provide soldiers, spearmen and archers) and Revenants (the elite types that provide the linebreakers, warriors and cavalry). There is of course Skeletal artilley as well and the whole reeking bunch is augmented by Revenant Champions and Necromantic Spellcasters. 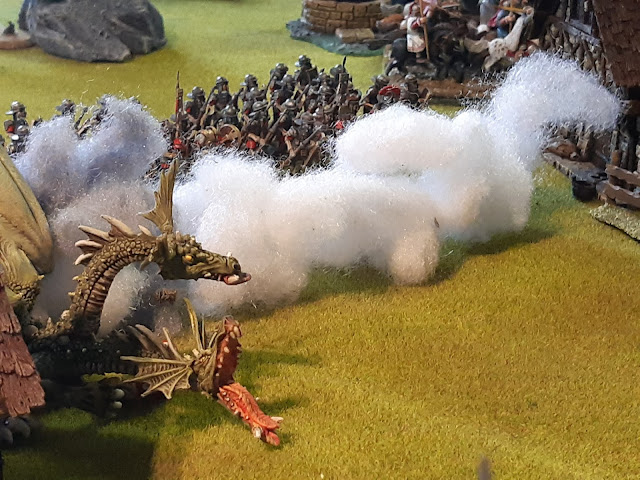 Skeletons are brittle in combat but quite resilient against arrows and of course necromancers can replete losses during the battle by reviving new Undead. Most Undead are unfased by Morale checks, but do suffer more losses due to their lack of self-preservation. All in all an interesting new army.
The Undead can be played as a stand alone army or -like the other races in Oathmark- in combination with other races. There will be some limitations regarding Command as the living do not get full benefit from Undead commanders. 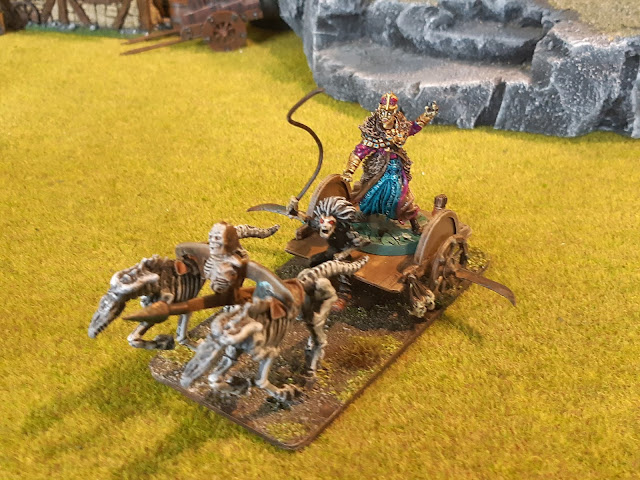 The Undead kingdom provides characteristic territories (yes, there are tombs) as well as Chariots!!!! The Undead, being of course a bit outdated as they are, well, dead, still use chariots and up until this book came out, they were the only army to do so.
Besides the Undead the book offers some more RPG-like material for creating Legendary Heroes; exceptional and rare (only 1 per army in principle) characters with a few Heroic Traits, which are also introduced in this book.
Finally there are three new Military Expeditions; three mini campaigns that also offer new unique territories.
Conclusion
As the Undead were sorely missed in the range of armies for Oathmark this book was perhaps the most eagerly awaited expansion. At least by me! For me, this book really was a must. 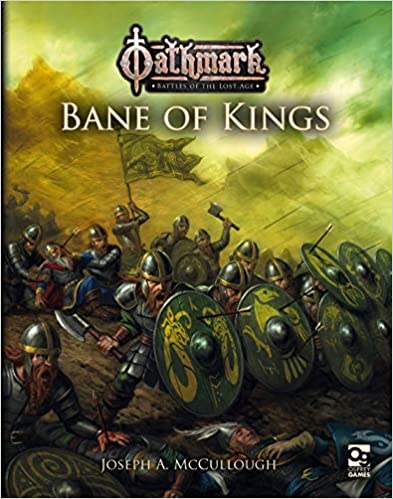 Time is the Bane of Kings and this supplement mainly addresses Kingdoms. As Oathmark players will know your Kingdom is the source and base for your army and the makeup of your territories determines which races and units your army may field. So it is only logical that Events that have impact on your Kingdom will impact your games as well.

In that respect the book provides a wide range of Kingdom Events to be rolled for after each battle. Be they harmful or beneficial, these Events influence your kingdom and the armies and abilities with which you can fight your next battle. Think failed coups, horse shortages and plagues. Rolling for these events may sound a bit clinical but they actually offer great opportunities for an ongoing narrative.

Besides the Kingdom Events the book offers new Formations and Units.

First, all races get to field chariots! As long as you have the right territory, that is. So chariot lovers that dislike playing undead will be happy with this book for this reason alone.

Second, when choosing the right territory, this may function as a training ground to teach your units new formations. Phalanxes, Shieldwalls and Javelin storms will now be available on the battlefield to surprise and terrify your opponent!

This book as well has a few mini campaigns, new Spells and Special Abilities.

Like Battlesworn this book is a nice and well-made addition to the game. When you view your Kingdom as an Army generator and don't care for chariots you could certainly skip this one and still have fun playing Oathmark for the foreseeable future.

For the tabletop wargamer the formations are probably the most interesting feature. These seem, like most additions to Oathmark, interesting but subtle enough to not be game-changers. However, phalanxes and skirmish formations could become really influential. I would not go without this book for that reason alone, and the fleshing out of your Kingdom is a big bonus for me.