The program for PolderCon 2015 is filled to the brim with participation Games and workshops! Paying visitors of PolderCon can participate in all games and workshops free of further charge. Registering in advance is of course possible. But be in time! There is only a limited amount of seats to be had!

The first 100 subscribers will receive the soon-to-be-legendary PolderCon Goodie Bag!!

We will always confirm your registration with choice and time of your game and/or workshop. Registering for games or workshops is done by sending a message to:

Please indicate the events you want to attend.

Guy Bowers hosts a series of introductory games, meant for those of you who will play Black Powder for the first time or since a long time.

In the afternoon there will be a BP Rebellion game based on the new expansion book . In this game Guy will show how the existing BP rules can be easily adapted to specific scenarios and historical situations.

These games will be in English.

Grand Master historical Wargaming Gerco Blok will host a series of Pike &
Shotte games, revolving around the Battle of Venlo (1543).

Around 1500 the first firearms appear on the battlefield. They give unparalleled firepower to the infantry, but are still heavy and clumsy and slow to reload.  To keep the enemy at bay during loading, firearm-armed troops (the "shotte") are accompanied by pike-armed infantry. The cooperation between these two arms will last until about 1700, when the bayonet is invented and every infantryman can transform his rifle into a spear, making the pike obsolete and redundant It is the age in which the kings of England and France and the Emperor of the Holy Roman Empire fight for supremacy in Europe. The Dutch Golden Age, but also an age of terrible wars of religion and the fall of kings.....

The Netherlands around 1500 are a patchwork of duchies, dioceses and independent counties. Through a marriage with the House of Burgundy the future Emperor has obtained a part of the Netherlands and casts a greedy eye upon the rest. The Duke of Gelre, disturbed by this, seeks aid with the arch-enemy of the Holy Roman Empire, the King of France. This is the start of 40 years of skirmishes, raids and battles that will become known as the Gelre Wars.

Fortunes keep changing every year until, in the summer of 1543 the troops of Gelre suffer a convincing defeat at the hands of the Germans in the Battle of Venlo and the Netherlands come under a central government for the first time in centuries.

Game host extraordinaire Peter Schulein will guide you through these games. You do not want to miss his unique demo style, but the beautiful table alone will make it worth your while.

Arthur van der Ster will introduce you to this  ruleset and guide you across the deadly fields of the American Civil War. Experience this game on Arthur's beautiful gaming table!

The Battle Of Normandy: Operation Grouse 1944
August 9th 1944 the Allied troops started Operation Grouse: closing the net around the German troops in the Falaise pocket and taking the important roads in the area. In a thick morning fog the British advanced Eastward, swiftly encountering fierce resistance by the Germans around the village of Moncy.

This Bolt Action participation game teaches the basis rules of the game while pitting the British  “Armoured Guard division” and the “50th Northumbrian division” against “Panzergruppe West” supported by the “3rd Fallschirmjäger division” in a historical battle. Rules and tactics will be explained by an experienced  Bolt Action player and will give you a good feel of the game mechanics. So take control of these beautifully painted units on an attractive table simulating the area of the Moncy battlefield.

Experience this much-loved and much-debated ruleset under the guidance of seasoned wargamer Dick Bax who will lead you through the invasion of the Netherlands in the "Days of May" of 1940. German  Fallschirmjaeger will attempt the taking of air base Ypenburg near The Hague in order to enable a safe landing zone for the second wave of airborne troops.

If and when the air base is taken in time, these troops will advance on The Hague and may capture the Dutch government and Royal family. The defenders of the 3rd Battallion of Grenadiers must prevent this.

The game employs 20mm (1:72) figures of various brands as well as the Chain of Command rules by TooFatLardies.

Joop Wagemaker presents the much lauded game Muskets and Tomahawks by Studio Tomahawk.

The game has two sides, each played by three players with a group of combatants each.
One side is a British column advancing to reinforce a fort which has become under strength after a series of fierce French attacks. The other side plays the French and Indian forces preventing this from happening. On top of that, each player has a secret sub-plot to achieve.

The Spanish game “Infinity: The Game” by Corvus Belli is an established name by now. It is a tactical sci-fi shooter, where teams around 10 models must achieve various objectives. Infinity demands a pragmatic view on game situations and is not a “list building” game. The game has reached its third incarnation, which is better than ever. Infinity player and -connoisseur Henrik Becker is well versed to introduce you to this game and tell you all about it! 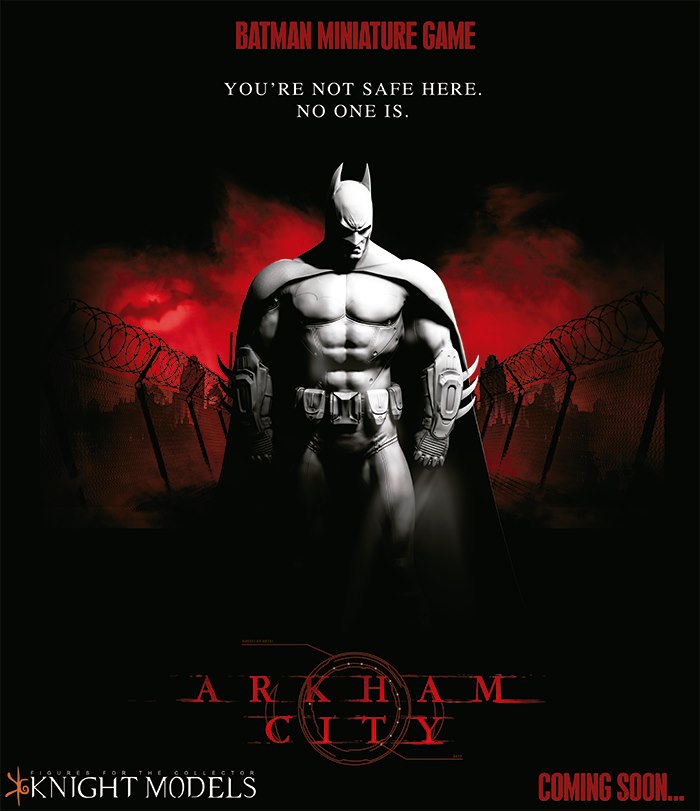 Alternatively Henrik will host a Batman Miniatures game on his table. Are you a fan of the Dark Knight? Ever played the Arkham games? Then this is for you. The Batman Miniature Game made by Knight Models is the perfect tabletop recreation of the Batman universe. Try to make Gotham a little safer (as Batman and his helpers) or unsafer (as one of the colorful Bat-villains). A fast game that tactical as well as cinematic, Players use between 2 to 10 models each.

10. Across the Dead Earth 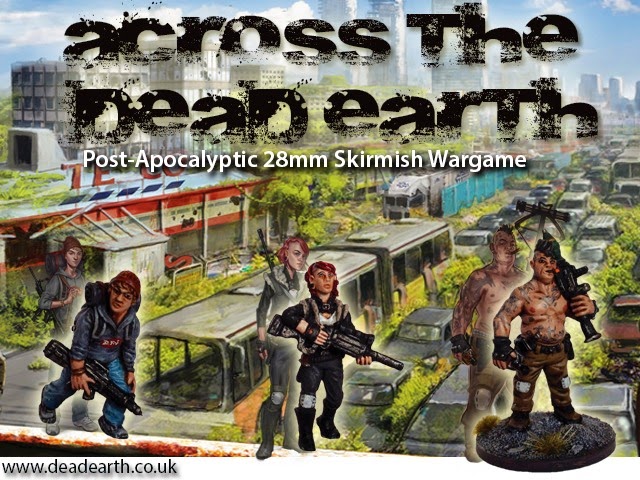 Erik Olsen shows you what the ruleset and figures are all about.

This game will most likely be conducted in English.

Fight the massive battles of WW2 on the tabletop! The popular ruleset by Battlefront is also represented on PolderCon!

Do you want to play a less common game that will not be on any wargamer's shelves? Than try this battle with genuine American battleships of the American Civil War.

Always wanted to be John Wayne? Longing for those nostalgic good old movies where the hero wears a white hat? Would you like to step into the shoes of Wild Bill Hickok, reenact the movie Tombstone? It's all possible in Deadmans Hand. Come on Poldercon to this wild west town straight from Hollywood, where the fight between good and bad is still raging. Where the sheriffs are dueling the Desperadoes. Play the most exciting Hollywood Western Scenes under the inspiring leadership of Rob van Dorp with its perfectly painted models. It will be noisy in Deadmans hand. Good and bad are going to meet. The sheriffs are ready to maintain order, but the outlaws have other plans. Possibly the Stagecoach will be robbed (again), a hanging will be disturbed or an attempt be made to free a bandit out of his well-deserved cell. All under the watchful eye of the local funeral service. Come and be a part of the Wild West and sign up!

Oh and when registering, mention your length. It saves the undertaker time!

Marijn Bierhof gets you acquainted with this unpredictable ruleset and his beautiful figures. Pulp Alley is a fast and dynamic skirmish game set in the 1930s. An adventure game in the spirit of ' Indiana Jones ', ' Rocketeer ' or ' Alan Quartermain '. Think of epic heroes, nefarious crooks, jungles, temples, snakes and especially a lot of action. In Pulp Alley you play a scenario with one to three other players, where everyone is trying to get the clues and treasures. Your hero and his partners will resolve many shootings and there will be many ' two fisted action '. The only question is who will be off at the end with the coveted treasure ...?

Hans Jacobs lets you hunt witches with this very nice and exciting skirmish game among his lovely home-made scenery.  Do 28 mm 17/18th century Witches, Wolves, Civilians, Pikemen and the like strike a nerve, then sign up for this game and battle the forces of Evil! Or Good, for that matter.

Saga Grand Master Ivo Bleijenberg will lead you through this famous game by Studio Tomahawk in a 1 on 1 game of  Saga:  Crescent and Cross.

Free the Holy Land (from either the Heathens of the Infidels, depending on which side you favour) with this insanely popular game from Studio Tomahawk, well represented here!

Death may be light as a feather, but the dice weigh as much as stones sometimes. Osprey's game of samurai skirmish combat is demonstrated by Niek van der Laan. Expect katanas to kling and arrows to hiss among the cherry blossom trees. Unless those sounds are drowned in the thunder of the arquebus of course...

Ronin is a quick and innovative game for units of up to 10 miniatures in which several medieval Japanese troop types are featured. Samurai bushi, warior monks, travelling swordsmen and despicable bandits are all at your disposal.

From the master of the Ancient War Game, Richard Evers, comes a spectacular and nostalgic re-acquaintance with the roots of warfare. Based on the out-of-production but still great ruleset of the great late Warhammer Historical you can marshall your maniples, warbands and phalanxes across the dusty expanses of ancient battlefields.

Mantic's popular Fantasy Battle game to be sampled by you! Kings of war is a fantasy miniature game for 28 mm models written by Alessio Cavatore. Core aspects of the ruleset are simplicity, speed, easy to learn, hard to master.

From evil undead to elite Elves there are 12 races at your disposal for play. The game enables small skirmishes as well as massive battles. Multiplayer games are easy to play because of the simplicity of the system. The rules are a free and up to date download. Winning a battle recquires tactical skill, skillful positioning and planning. Kings of War is very easy to get into for beginners and veterans alike. Interested! Join the game at Poldercon!

A. Freehand Painting & Non Metallic Metal (NMM) Painting
Maartje Giesbers and Pascal Rooze will host a Painting workshop Freehand Banner/shield  and a NMM workshop. After a short introduction and some theoretic foundations you, visitor, will amaze yourself by your own unsuspected painting skills under the expert guidance of Maartje and Pascal.

B. Make Yer Own Scenery (as cheap as possible)
Under the creative and stingy guidance of Jan Willem "Pijlie" van der Pijl this workshop shows how to make convincing scenery for your wargames table. We will create constructions from that most brilliant of modelling materials: foamboard!

Enhanced with simple resources and materials (i.e. leftovers and junk) you will construct a simple building for your own in a scale of your choice (10mm, 15mm or 28mm) . It is a workshop, so you will not be surprised that you will be  put to work to make something yourself!

C. How to play a Demo Game
Richard Clarke of Too Fat Lardies fame will give his opinion on "How to stage a good Participation / Demo game ?". Learn from a Master!