Review and Pics of The Chicago Way

Based on the very successful Dead Man’s Hand ruleset Great Escape Games transferred their Wild West rules to another wild period in US history: Chicago in the Prohibition Era. 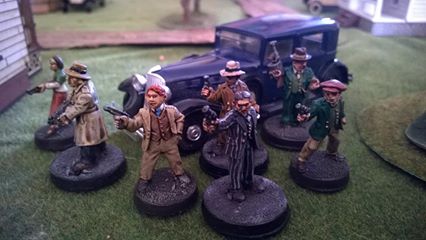 For those who do not know this period: in the 1920ies the US made an enormous effort to ban the drinking of alcohol altogether through drastic legislation and government  control. It became the most spectacular failure in the history of anti-drug legislation until the start of the War On Drugs in the late 20th century. It cost the US government a fortune in missed taxes and costs of crime-fighting. But most of all the wave of liquor-related crime following the Prohibition laid the foundation for organized crime in the US for the century to come. When the US government finally repealed the Prohibition in the early 30ies numerous powerful gangs had become rich on the liquor trade and were ready to transfer their business to other, more durable crimes like the drug trade, gambling and prostitution. 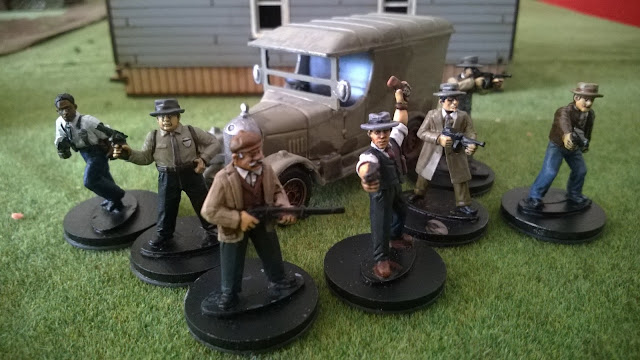 However, The Chicago Way takes place before this, replaying the dawn of organized crime in Chicago in the 1920ies where the likes of Al Capone and Bugsey Malone carved out their criminal empires with bribe money and tommyguns.

TCW is –of course – a skirmish game. Players will need between 6 to 8 figures to represent an average gang or police unit. Teams may represent urban gangsters, moonshiners, policemen or federal agents. Besides these a handful of civilians may be used when the game calls for it and of course a lot of 1920ies terrain like urban buildings, lantern poles, fire hydrants and the glorious cars of the era is needed. 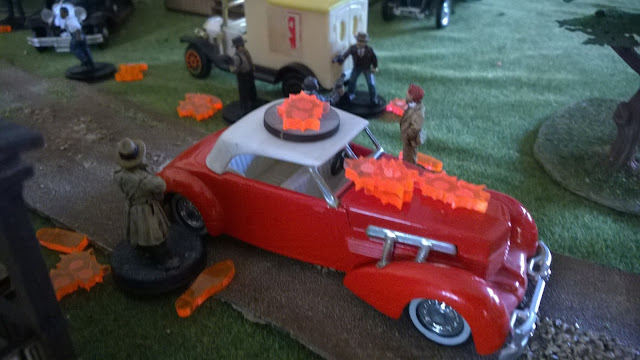 TCW is card-driven and comes with its own set of cards; a colour for each of the factions. Bad guys are black, good guys are red. Cards have multiple functions. At the start of each turn each figure on the table is awarded a card. The rank of the card determines Initiative in Activation and each figure gets three Actions at that point. Actions are treated quite realistically. You can shoot a lot if you remain stationary, but shooting gets more difficult or even impossible if you do it more or if you combine it with walking or running.
On top of all this, when being attacked or shot at, a figure card may also be used as a Reaction to shoot or Move. 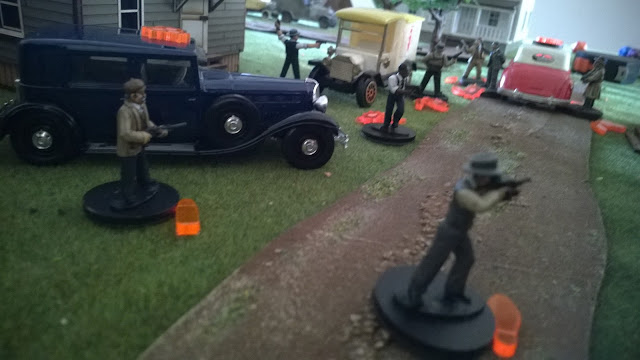 Besides this you also hold a “hand” of cards. Held in hand, they can provide ad hoc advantages or actions throughout the game, often out of turn, like stealing your opponent’s card, avoiding mortal wounds and the like. 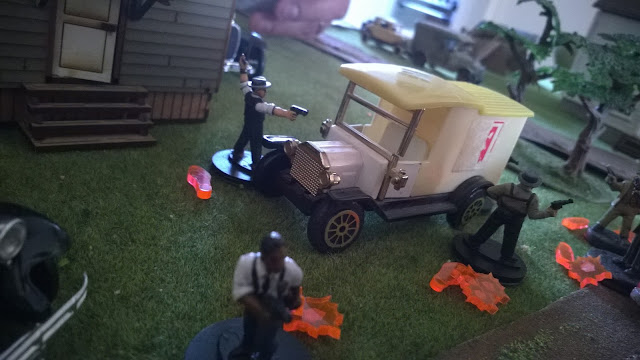 TCW uses D20s to determine hits and D10s for Nerve and Skill Tests, like Driving a car. The car rules are suitably spectacular in that a 2+ Drive test is required for every action, which gets more difficult as the car is hit more often. Cars are no so much destroyed by gunfire as being made uncontrollable and will eventually crash if you continue driving a damaged car long enough. This brings us to the hit system. Figures are hampered by hits as long as they stay alive and will “die” when a certain number of hits is reached or instantly when being hit with a 19-20 result. They may however ward off death by spending Actions to lose hits. 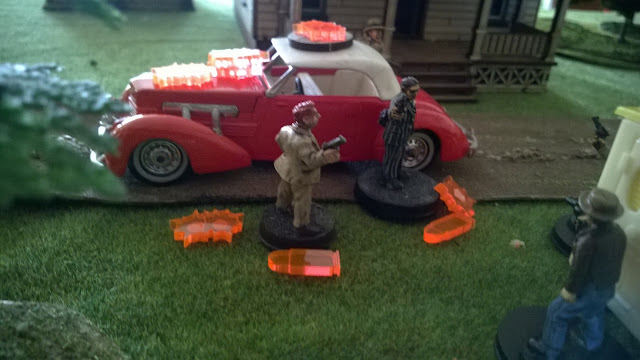 The rulebook is a pleasant full-colour A4-format 42 page paperback containing complete rules, scenarios, counter- and driving templates, team rosters and a campaign system (as yet untried by me) which comes with a pleasant surprise as it contains an underdog rule. Which is essential to any campaign, as structural unbalance between players will ruin any campaign pretty quickly! 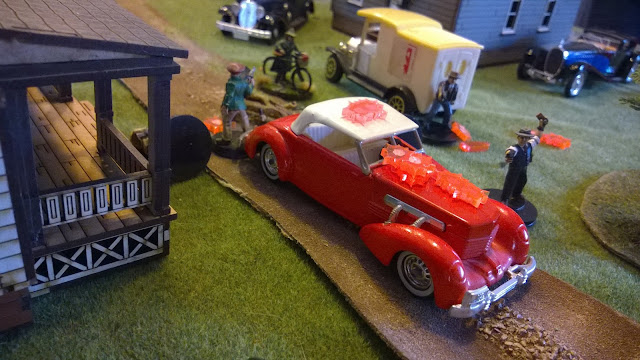 TCW results in fast, cinematographic games (between 1 and 2 hours) that emulate the many gangster movies, comics and novels. 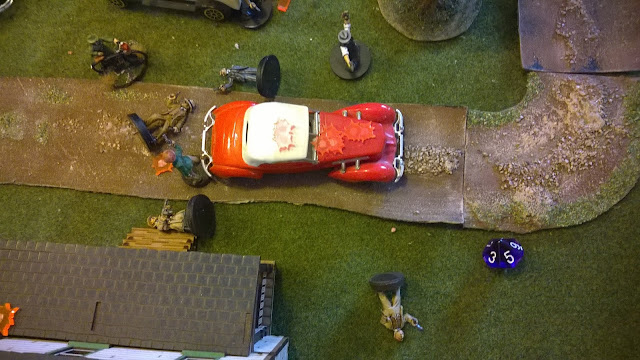