Last year I took part in my first two Kickstarters. Let's not get into the pros and contras of that particular purchase system, but so far it has been working out fine for me. And one of the nicest things about paying money for a Kickstarter is that you don't get any purchases, but you get rewards! And that not only sounds a lot better, but feels a lot better too! So it was a happy Pijlie that found that particular box on his doorstep last week! 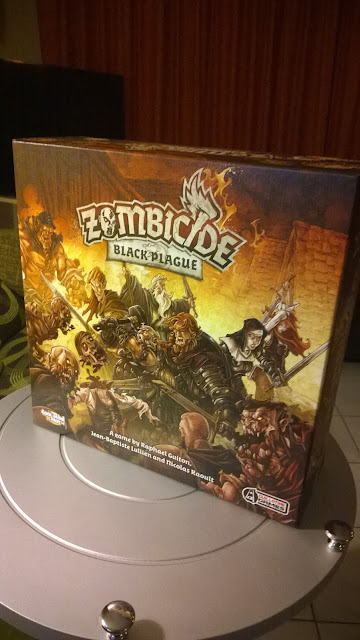 Guillotine Games was so kind as to send every backer a basic box before Christmas! Worldwide! 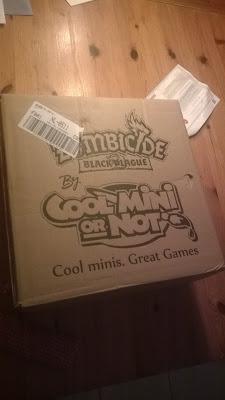 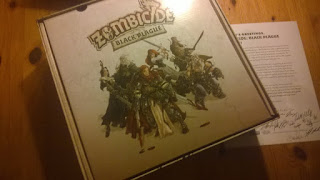 The game comes in the well known sturdy square box we know from the first editions. Again it strikes you how extremely well the game is packed. The miniatures come in a sturdy interior box with its own compartments together with the plastic dashboards that replace the character cards from the first editions. The board tiles are held in place with cardboard boxes that can hold all the counters.


Even when fully prepped, the game easily still fits inside the box. Rare in a miniature boardgame.... 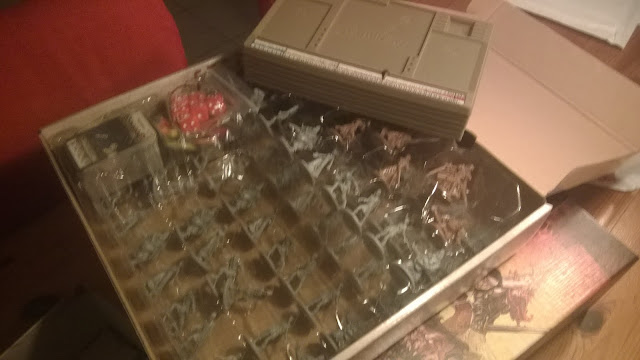 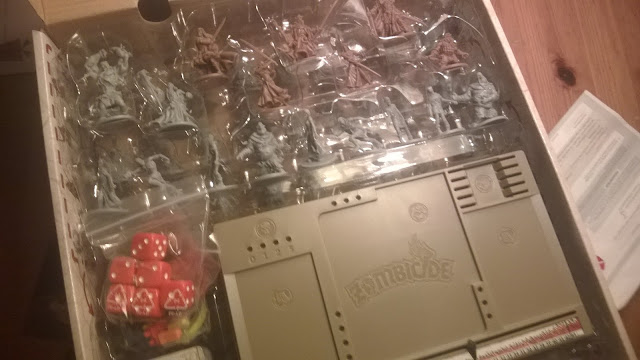 The plastic dashboard comes complete with an Experience track-and-pointer, markers to indicate wounds and skills and compartments for backpacked carried items and items in hand. 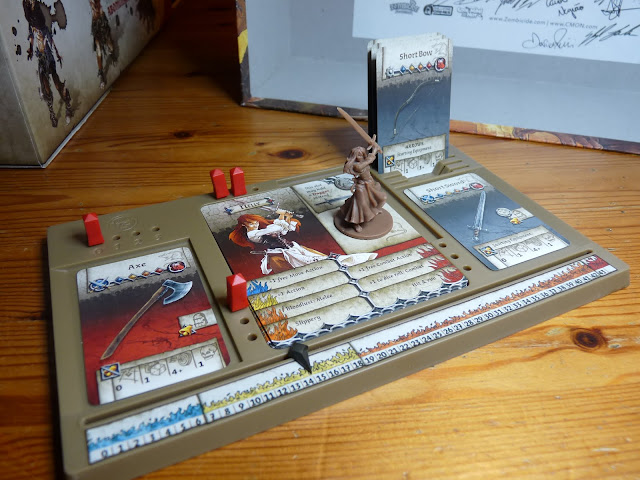 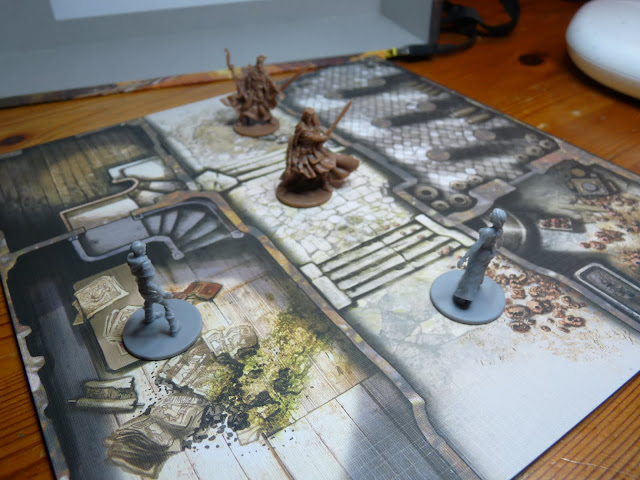 The 9 double-sided board tiles are sturdy and exquisitely made, giving a detailed map of a medieval town in ruins.

But the cherry, or rather cherries. on the cake really are the miniatures. Made from tough hard plastic they are largish 28mm figures of perfect detail. There is as the pictures show very little flash or mould lines on them and certainly nothing that a little scraping won't remove.
The bad guys are moulded in grey, a Necromancer, an Abomination and 7 times 9 different zombies, two Runners and two Fatties for every five Walkers. 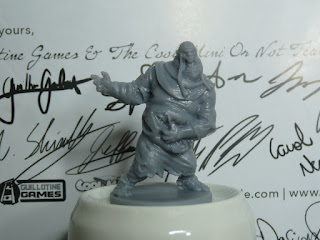 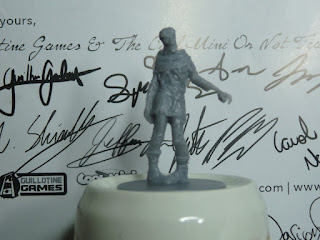 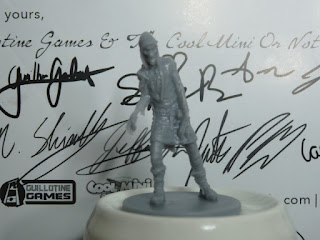 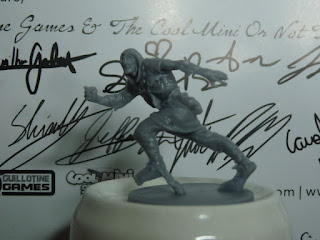 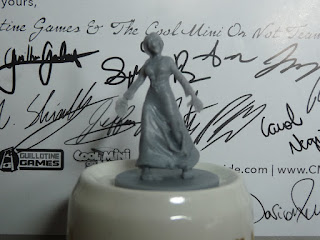 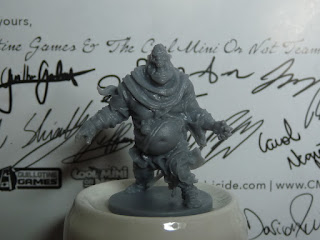 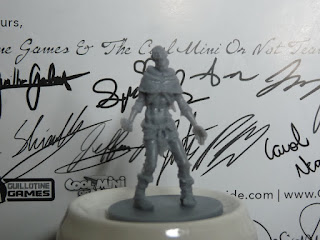 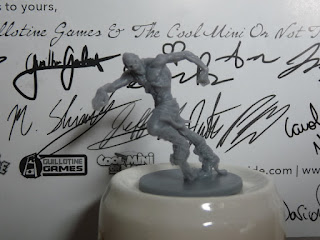 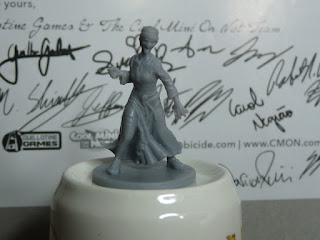 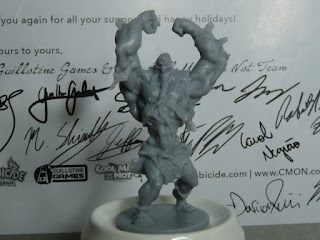 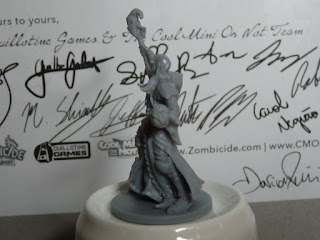 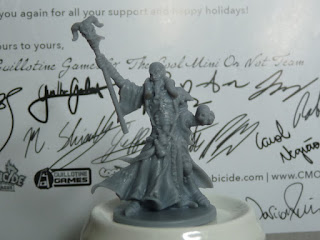 The Good guys, the Survivors that are the characters you play the game with, are made in the same plastic, only brown to easily differentiate them from the Baddies. Here again the same quality and detail. Superb stuff! 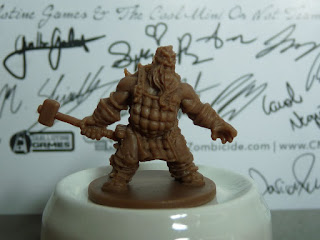 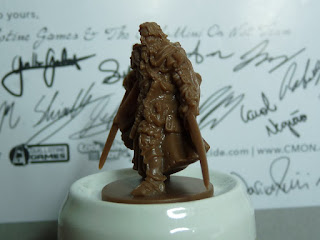 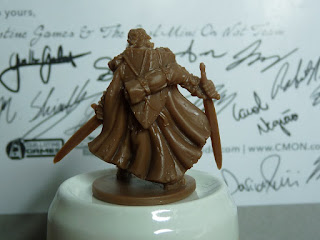 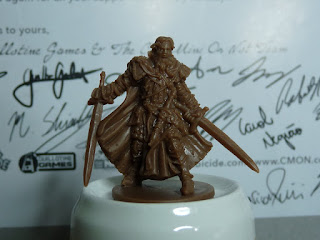 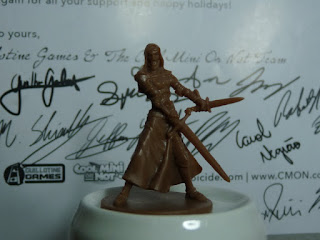 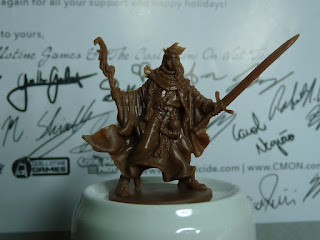 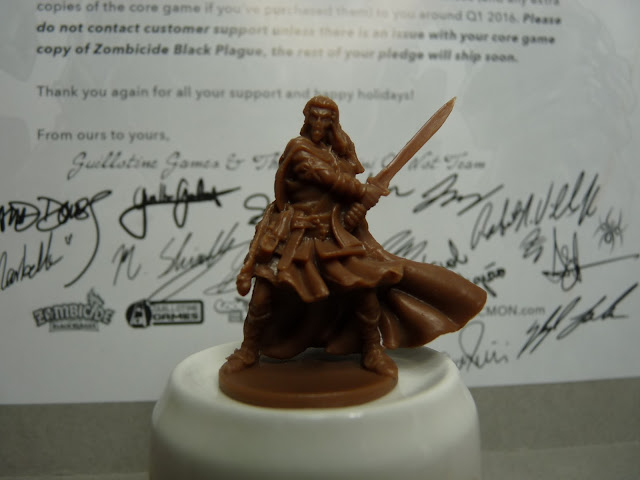 As far as the game itself is concerned I will need to find me some time to play it before reviewing that. It wil most likely be a medieval version of the orginal game. However the addition of the Necromancer and a few other interesting things are very promising.

Even if you haven't backed the Kickstarter and certainly if you have never played Zombicide before Zombicide Black Plague is heartily recommended!
Geplaatst door Pijlie op 9:00 PM No comments: