Over the past week, in between work and catching the flu in the middle of summer, I cobbled together this 28mm model for a Haunebu Type II Kampfflugscheibe, the legendary Nazi flying saucer powered by the at least as legendary Vril power source.

There are several model kits on the market which carry -in my not so humble opinion- a rather insane price tag. SO I decided to build one myself from some cheap plastic dishes, a plastic soup bowl, some balls that come from those childrens' surprise machines, the lid of an M&M box and some steel rings. 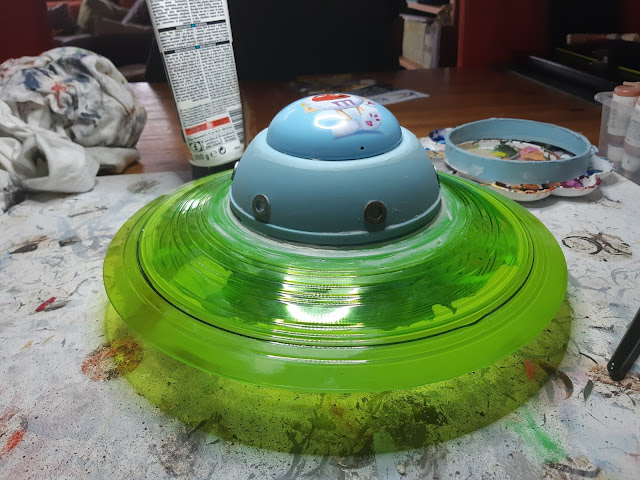 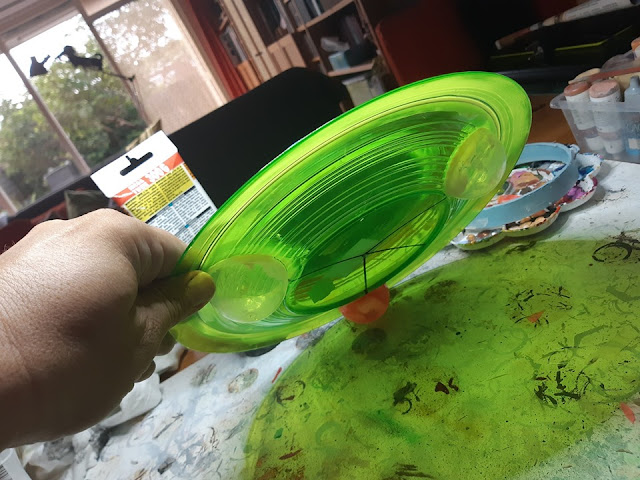 Then I decided that I liked to finish it any way AND I disliked the camo pattern. So I proceeded to make guns, turn the globular things at the bottom into gun turrets and repaint the camo pattern into something more angular and Teutonic.

Using the lower extensions as gun turrets meant of course the Haunebu would need a landing gear. I chose wheels over struts for practical reasons. A non-functional Haunebu could still be wheeled away like this. And it looked more WW2.

I used old toy car wheels, plastic sheet and rod and an old cover plate for electricity points in the ceiling. 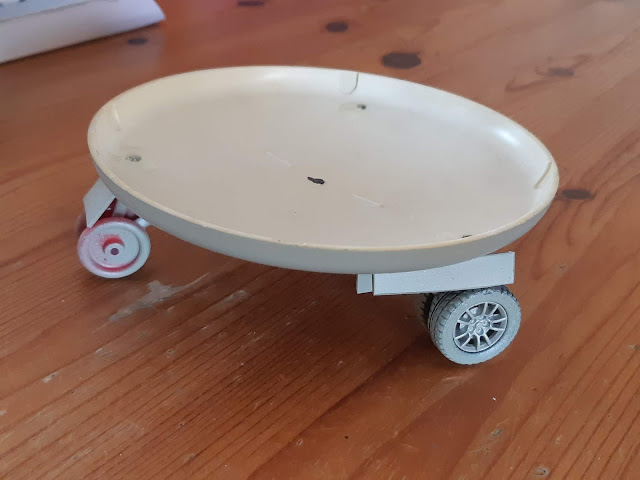 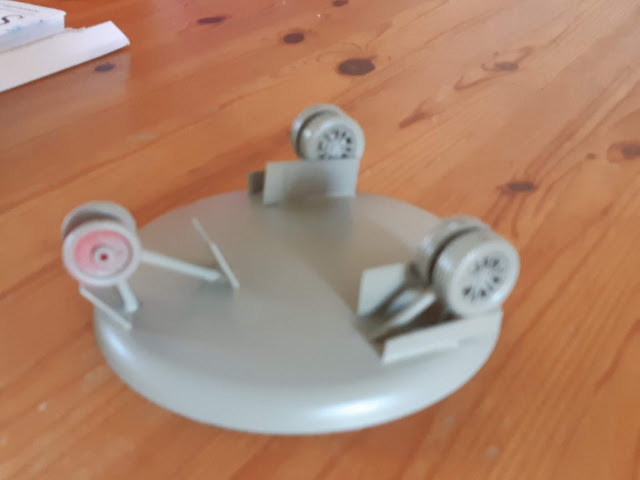 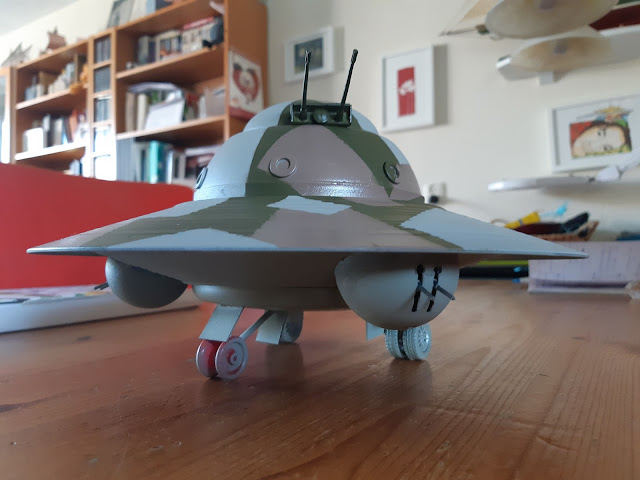 The disc can simply be lowered onto the landing gear to rest on. When in flight I can prop up the Haunebu with a plastic wineglass.

Then it was simply a question of finishing the painting and adding new decals. 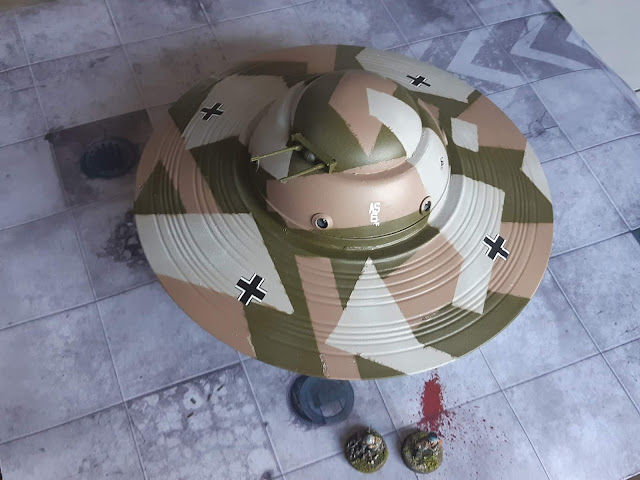 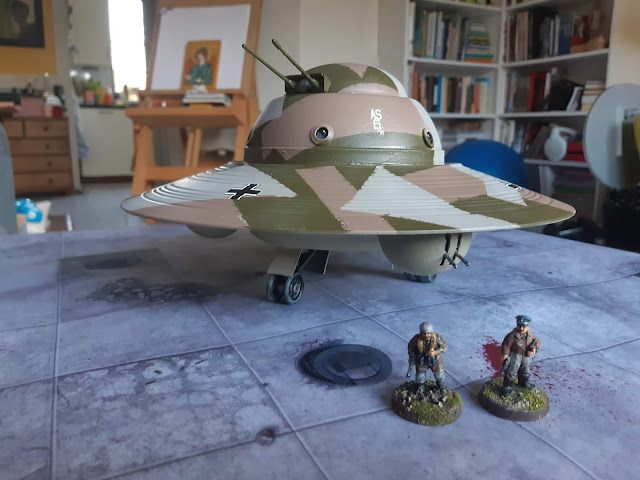 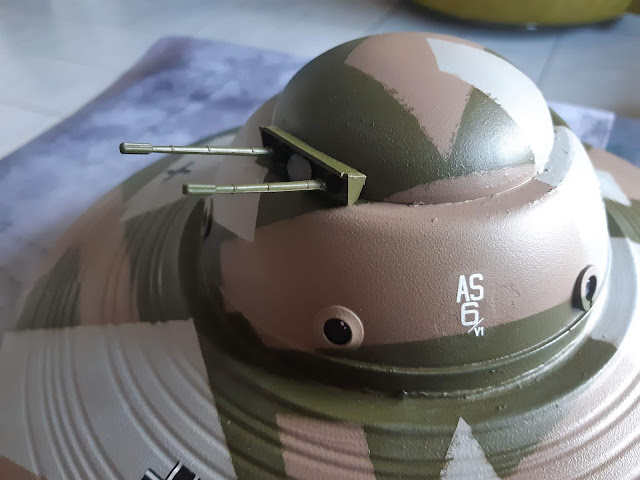 The upper gunturret (37mm, 88mm or Kraftstrahlkanone depending on scale or taste) is magnetized so it can be removed for transport. 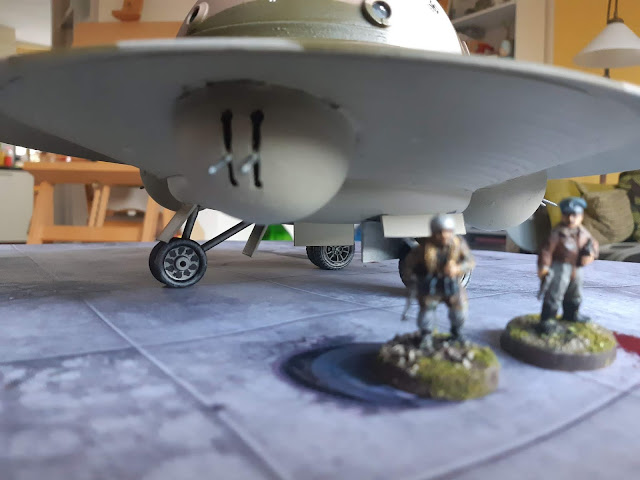 Ready for departure to Ultima Thule!