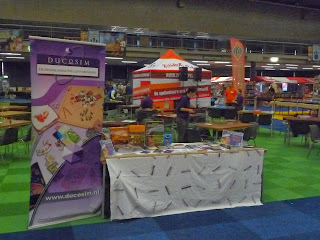 This entire weekend was dedicated to my attendance of the Spellenspektakel (the Games Spectacle) in Eindhoven. A (for us Dutch people at least) huge games convention completely dedicated to analog board- and cardgames. Unplugged!

I was invited by the good people of Ducosim to host a participation wargame at their Games Square and I decided to bring the Indiana Jones Game. 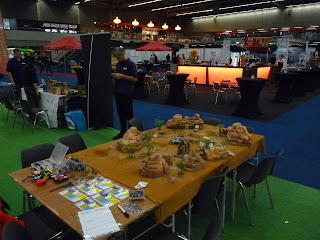 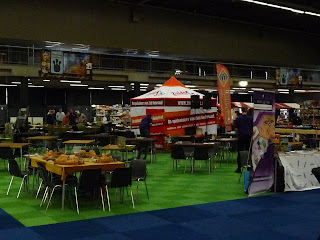 Housed in a well-lit and roomy hall in de Beursgebouw in Eindhoven the Con had all the essentials: room, gaming tables, traders with thousands of reasons to spend money, Star Wars cosplayers and a giant T-Rex. Being very busy with the six games I hosted this weekend I never got to find out why the T-Rex was there, but he (or she?) looked impressive nonetheless. 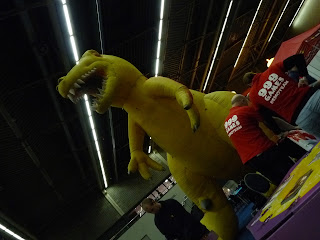 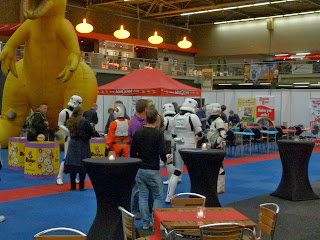 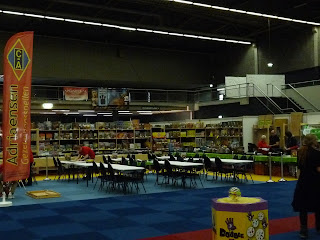 Storm troopers terrorizing the crowds. When explaining the essence of extras in my game, I compared them to Star Wars stormtroopers: destined to keep shooting, not having any lines and die without a name on the payroll. One of them just passed by and overheard me. He looked quite apologetic. Poor guy. He looked great but the suit must have been positively sweltering.... 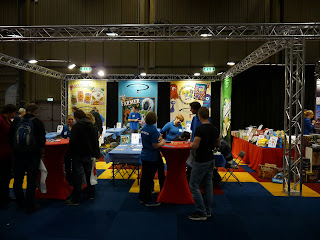 The con is very much geared towards playing. There were dozens of games you could try out, either organized by the publishers or by volunteers like the Ducosim people on the Games Square. King of Tokyo got a lot of attention (such a shame there are no miniatures in THAT game!) and a price if I am not mistaken. 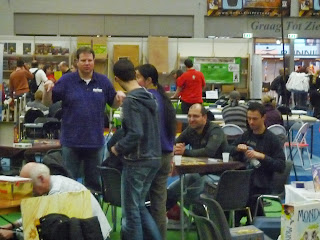 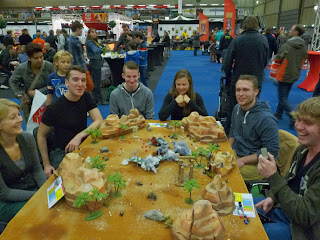 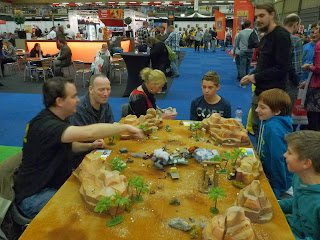 Here are two of the six parties that played my demo this weekend. As you can see by the smoke, flames and general mayhem on the table the players got the attitude and athmosphere perfectly right!

Especially the cute little girl in the middle of the top picture proved to be a deadly shot, especially when she managed to get into the twin-machinegun turret of the flying wing and eventually even succeeded in blowing up the fuel barrels!

Most memorable winner was 8-year old Annabel who played Major Helga and her Thule commandos and invented the innovative tactic of cooperating with her brother who played general Stahlhelm! The first time any two players ever cooperated in this game!

Sunday late afternoon my feet hurt, my voice croaked and I had played six loud, chaotic and intensely enjoyable games. The weekend was as far as I am concerned a complete success!
Geplaatst door Pijlie op 8:04 AM 4 comments: