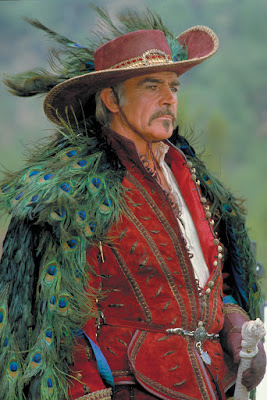 When I acquired Warlord's free Count von Hosenschlange figure (it is a gift with the Devil's Playground book. Do NOT Google the meaning of the word!) I was immediately  reminded of a character in one of my favourite movies: Sean Connery as Juan Sanchez Ramirez de Villa Lobos.


The figure was close, but not perfect. The eyepatch was wrong and of course the iconic peacock feathered cape was lacking. But for the rest it was spot on as far as I was concerned. 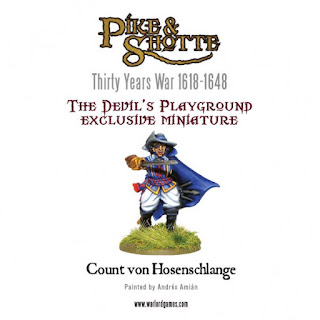 So the first step was to gently cut away the eyepatch and use the metal there to more or less sculpt an eye. Not easy and not entirely satisfactory but my sculpting skills are quite limited, so it would have to do. 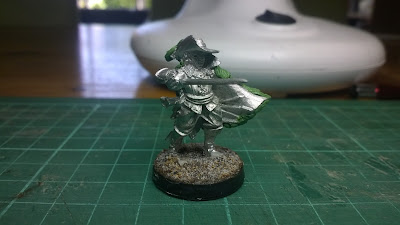 The second step was to add the peacock feathers to the hat and cape. I simply sculpted them over the existing figure parts using green stuff. It made the feathers look more bulky and fluffy. Hmm. So far it could still be mistaken for a complicated fur coat.... 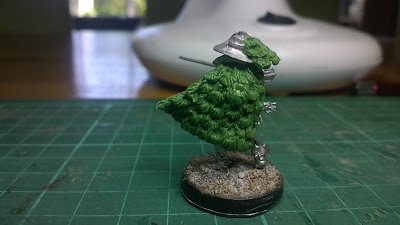 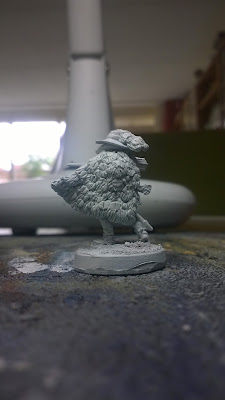 Putting the primer on did not really lay my worries to rest....

I briefly considered to replace the rapier with Ramirez katana, but dismissed this.

Undoubtedly Ramirez would have been adept with a rapier as well and it saved me the trouble to cut away the poniard.

I also chickened out of giving him an open shirt. Removing the front of the coat ran a serious risk of ruining the figure alltogether and I liked the laced collar.


As the rest of the figure's clothing nicely matched mr Connery's costume in the movie painting those was a matter of matching the colours in a satisfactory way.  I still need to add some details. 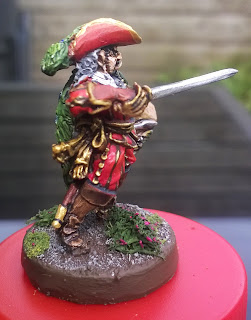 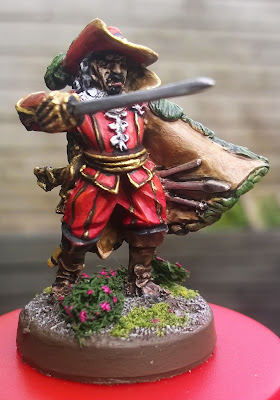 Then some serious study of the colouring of peacock feathers ensued. I gathered all my courage and started mixing greens, yellows and blues with the result below. 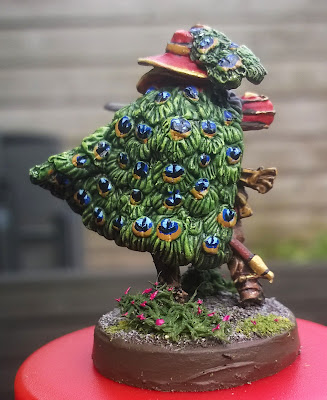 There is still some detailing to be done on the coat, but as one of my first serious attempts at sculpting something other than hair it did not turn out half bad!

And to show off his new cape, he went a-pirating! 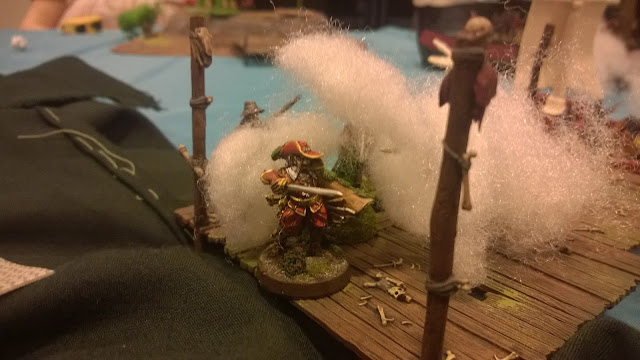