... but it should be possible in three weeks, when one has vacation :)

As I bought Gangs of Rome from some birthday money I was instantly enthralled by the table pictures in the rulebook. As my summer holidays started only a few weeks later I decided to make this my summer holiday project.

As usual I started with research and some sketches and discovered that Roman houses are boringly simple, if colourful. 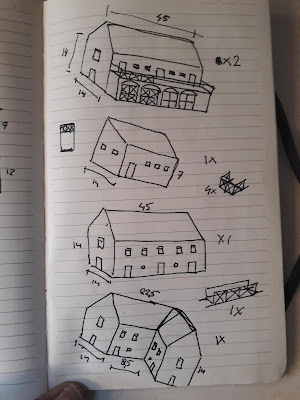 I decided to build part of an Insula, a Roman housing block made from three long buildings and two corners. I would make them modular so as to vary the table and the basic setup would yield a large square surrounded by houses. This would make a nice backdrop for the temple that is included in the game and the terrain I already had built for Frostgrave and the like.

A while ago I bought a small supply of cork plates, inspired by the great Matakishi and I decided to use this for the Roman project. First there was a LOT of cork to be cut. 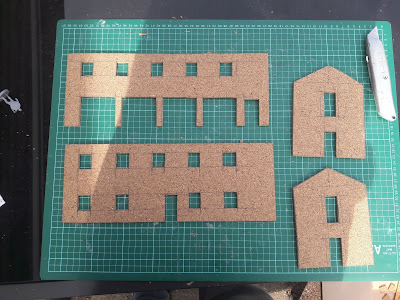 Here I decided that, while I would complete this project in cork, this stuff would definitely not replace my dear old foamboard. Cutting a lot of cork feels something akin to hard physical labour.... 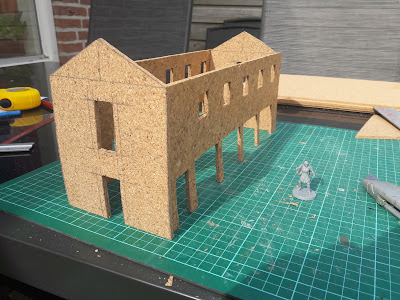 Feeling ambitious (and also short of storage space) I decided to make the buildings just so that they would come apart completely. Thus lots and lots of connectors were made to enable putting the house together a quick job. 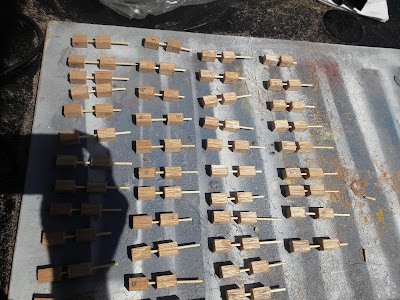 They would then be glued into the corners holding the walls together. I used hardwood and bamboo skewers. 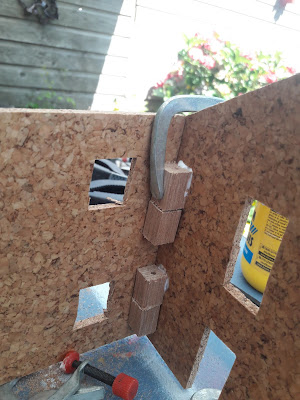 Then it was a matter of cutting, glueing, exercising patience, rinse and repeat: 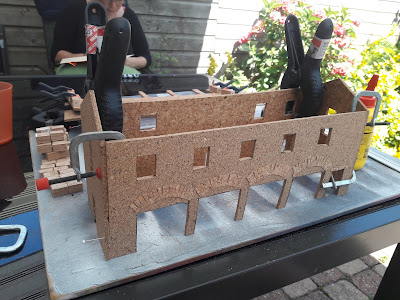 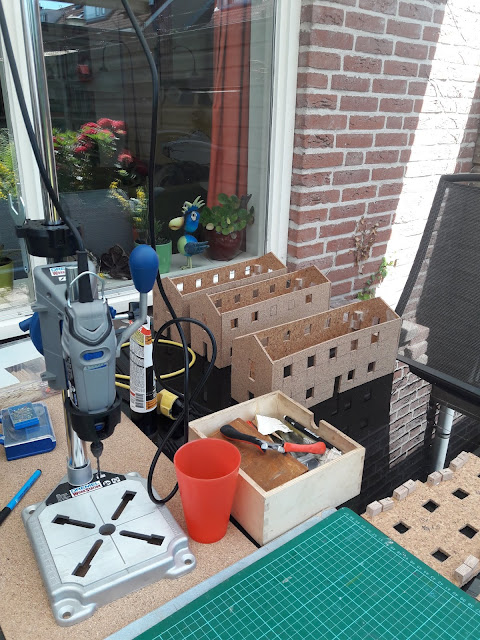 The balconies are made in the same way as the buildings but glued together. They are stuck into the front of the building with bamboo pegs.

The columns are made from very thick peg wood, used by furniture makers and wood sculptors. The grooved exterior (made so to hold to glue better) is a perfect Roman column. 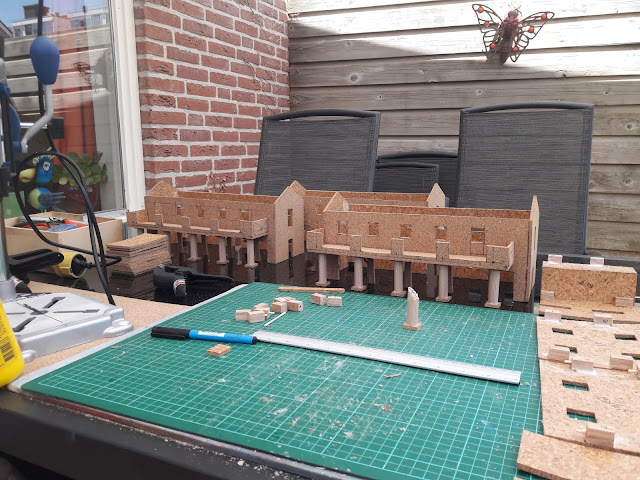 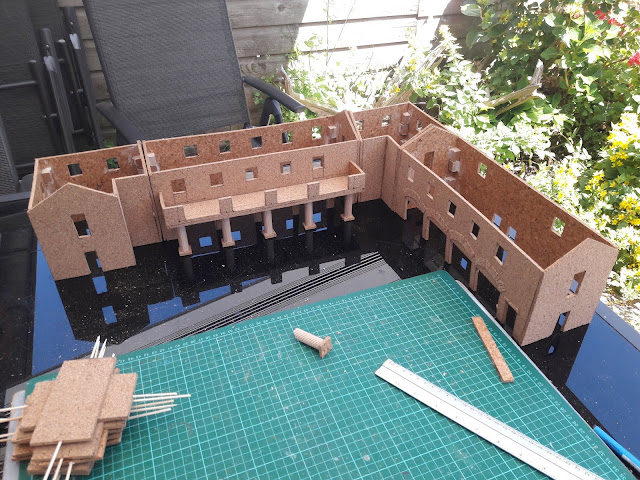 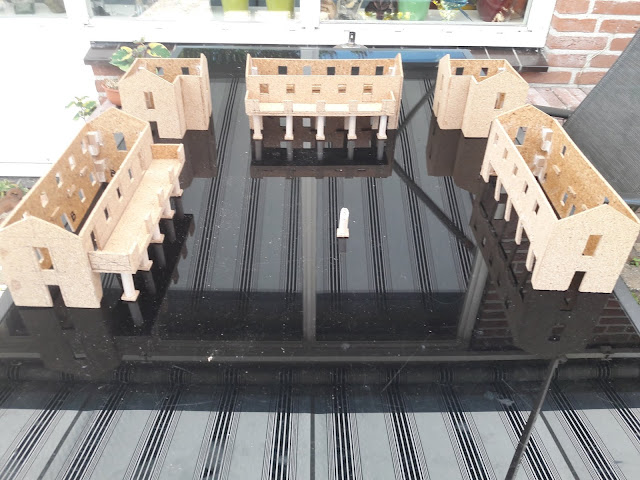 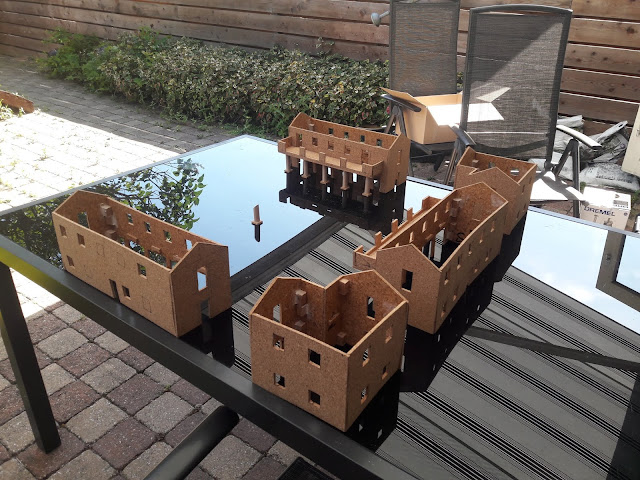 There is still much to be donem but the general outlay of the table becomes clear.