Having a few days off from work I managed to get some modelling work in. Bitten by he Witchfinder General bug I wanted to build a 17-18th century tavern like the alas OOP Tabletop World or Forgeworld Coaching Inn. I was lucky enough to find a picture with measurements on the interweb. 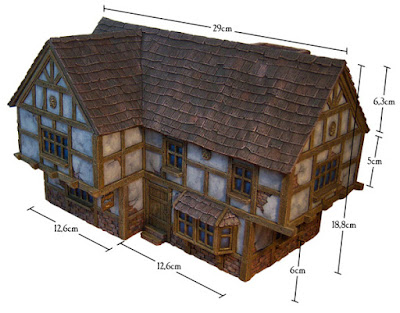 I decided on a foamboard core, based on a multiplex (plywood?) base. The first  floor would be wood-based as well. So after some careful drawing, cutting and sawing I ended up with these main parts. 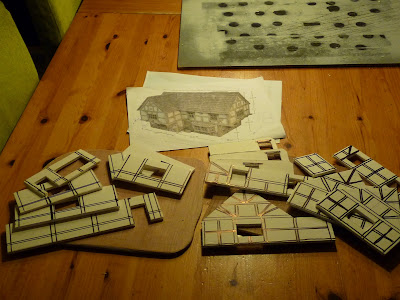 The next step was making some detailwork before I started on the main model. I always rush when building and the little details suffer, so I decided to do this the other way around. I wanted opening doors so I made hinges from plasticard and plastic tubing. 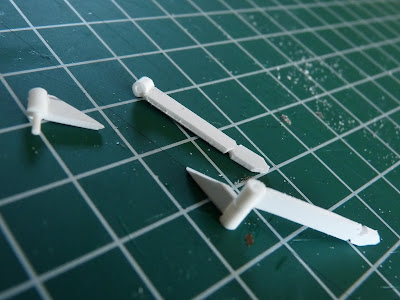 The left part was attached to the wall. The right part was glued to the door made of glued basewood. This resulted in nicely opening wooden doors with heavy ironwork hinges. 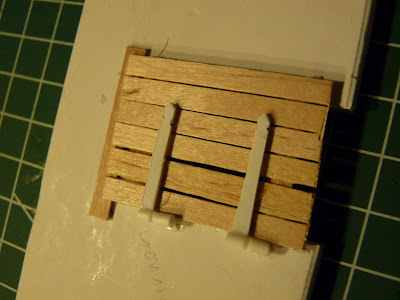 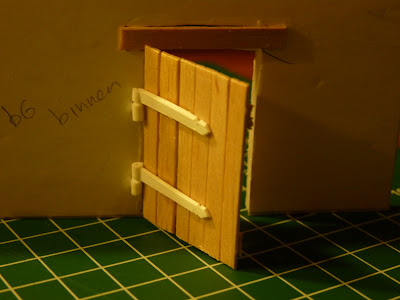 The windows are made from blister plastic. To simulate the little diamond shaped lead/glass windows I drew the lead strips on the plastic with a CD marker. Then I added woodwork from basewood and (thank you Dutch Railways!) coffee stirrers. The sides remain open as that woodword will be glued to the wall. 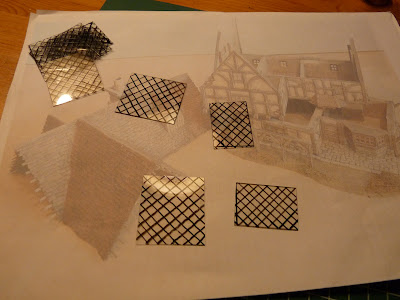 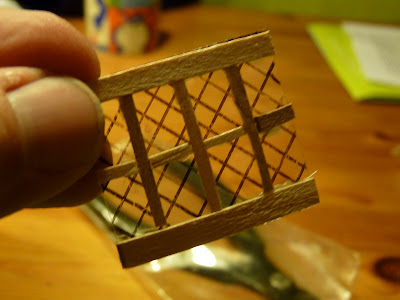 Thus I was left with a lot of windows and doors. 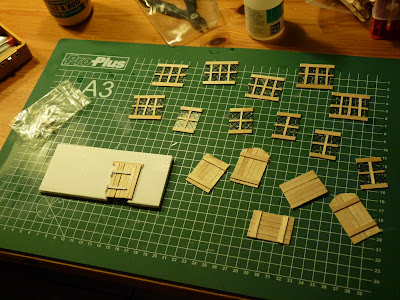 Then I started assembling the floors and walls. To make the tiles on the ground  floor I bought this stuff from Faller that supposedly makes a natural stone surface an easy task. It look suspiciously like plaster but dries much slower and has a very sandy texture. I made the tiles before glueing the final wall to make it easier to reach. 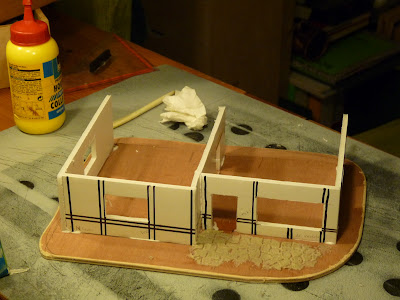 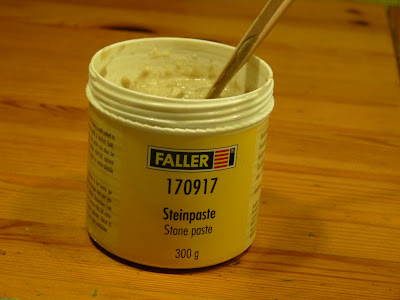 I sculpted it into rough tiles resembling a slate floor. 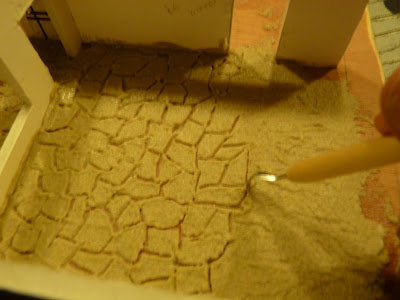 And this was the result. The floor dried up pretty rough, but after some sanding I was left with a pretty convincing slate tile floor. 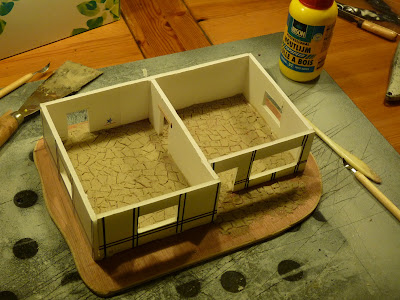 Then I glued the walls and floor of the first floor. 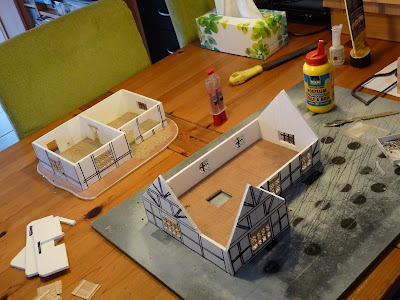 When building with foamboard I use quick-drying wood glue that works spectacularly well on paper as well as wood. Still I find it handy to keep the glued parts together with some pins. 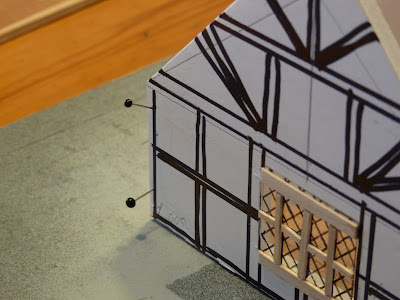 Adding the timbering (base wood and even more coffee stirrers). See how the windows fit between the beams. 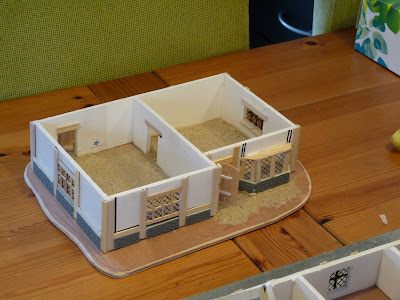 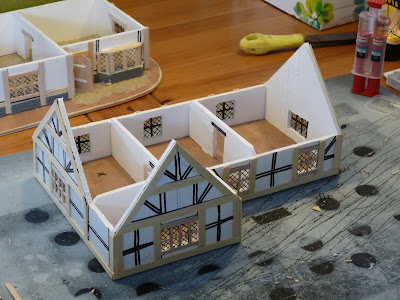 And finally I was done for the day. All the external timbering done, all doors assembled, interior timbering partly finished and a chimney made from Heki Stonefoam with a foamboard core. The chimney comes in half as you lift of the first floor. The roof is removable too, as I plan extensive interior details. So far only the cardboard roof base has been made. 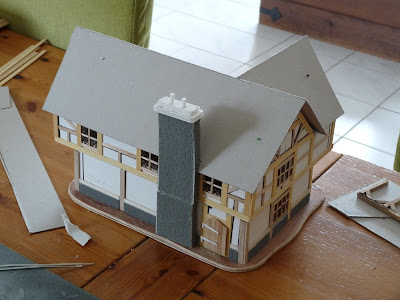 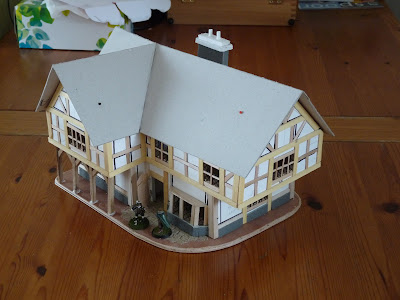 And finally some 28mm figures for scale.

To be continued for the building of the internal stairs, shelves, roof tiles, painting and even more little details!