I have been happily painting away the last months and while I still have played only one game the supplies are piling up! 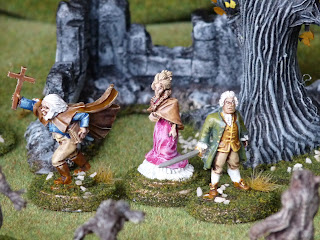 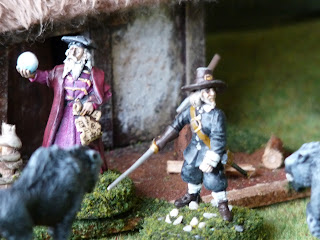 A witch hunter and a benign mage fending off Hellhounds at the mage´s cottage. 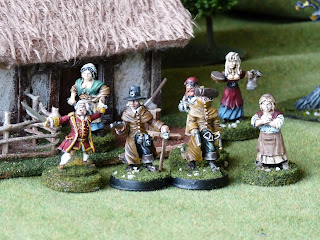 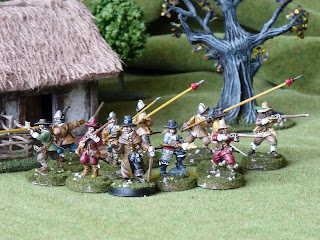 A Witchfinder and his force of musketeers and pikemen 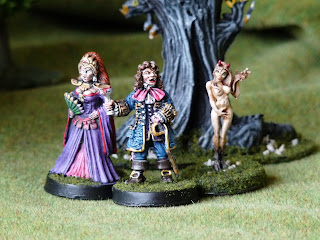 The Forces of Evil: vampires and demons 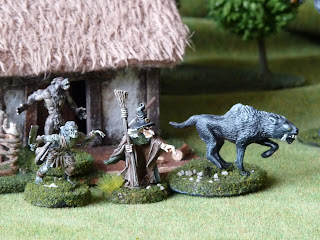 ﻿A witch and her minions: a werewolf, a Nocterlinger and a Hellhound. 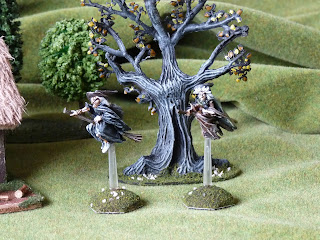 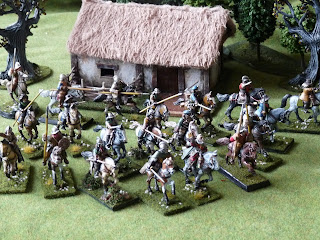