No, not the front door or anything useful, but Hasslefree´s Libby on her faithful tiger and two limited edition figures. 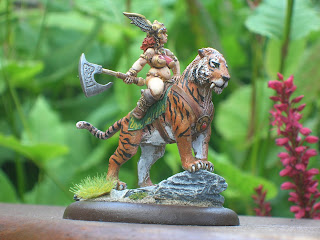 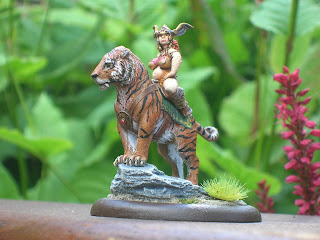 As promised, Libby on her tiger 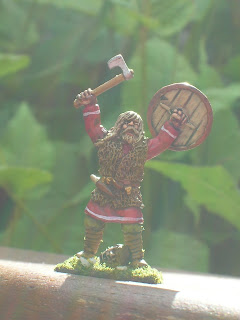 The Glory or Dishonour 2011 participation figure. I got truly clobbered in most battles, but I got this miniature anyway! 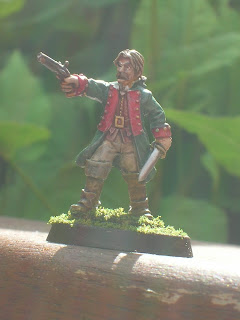 Libby had to wait for two years as I was a bit intimidated by the unbelievably good jobs some other people had done on her, but now I had gathered enough courage to start and I think I did not put her to shame. Since I don´t play anything Fantasy she will now spend her days in the showcase, but the two LE figures will join my Dark Age Saxons and Border Reivers respectively.
Geplaatst door Pijlie op 10:13 AM No comments:

Last monday we played my first game with The Sword and The Flame since a long time. A late 19th century British column went in to "pacify" a Afghan valley and was ambushed by hordes of wiley Pathans. 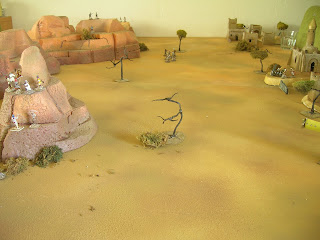 The Valley floor before the battle: ominously quiet 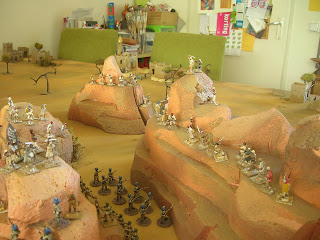 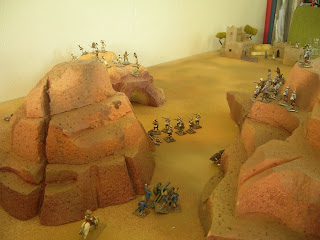 Imperial Infantry fighting its way through the northern pass 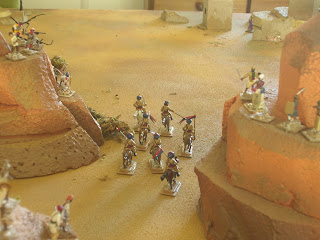 Mounted guides breaking through into the valley (never to be seen again...) 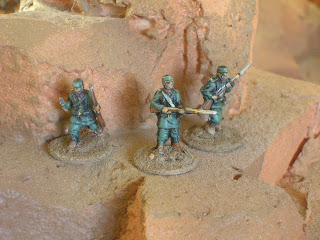 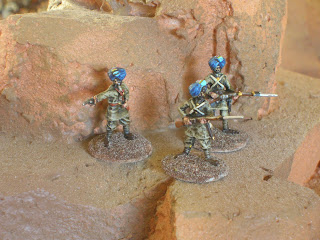 My Redbox Gurkhas and HaT Guides who received their baptism-of-fire in this game.

All in all it was a fun game in which the British managed to push through the northern pass but their southern column was well and truly massacred by Pathan ambushes. Eventually the British were compelled to retreat. In retrospect ﻿the Afghans were a tad too numerous and the Gurkhas should have had some enhanced combat capabilities.
Geplaatst door Pijlie op 12:54 PM 5 comments: