Over the years I have collected a respectable amount of "VIP" miniatures. Inspired by movies, games or books they have found there way, licensed or not, into the wargaming hobby. I thought it a nice idea to collect them all in one blog post, which I will enlarge over time as I find time to photograph them. When possible I will mention the manufacturer.

So here is the first batch. 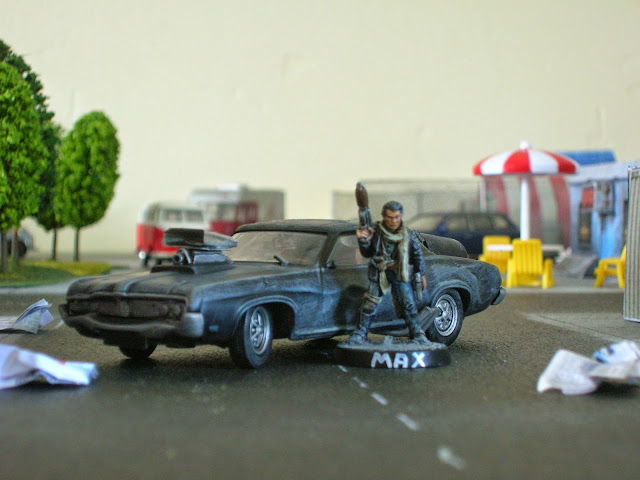 The quintessential Road Warrior: The Man Called Max. And his V8 Interceptor of course. Miniature by EM4. Car is a converted James Bond vehicle (I think). 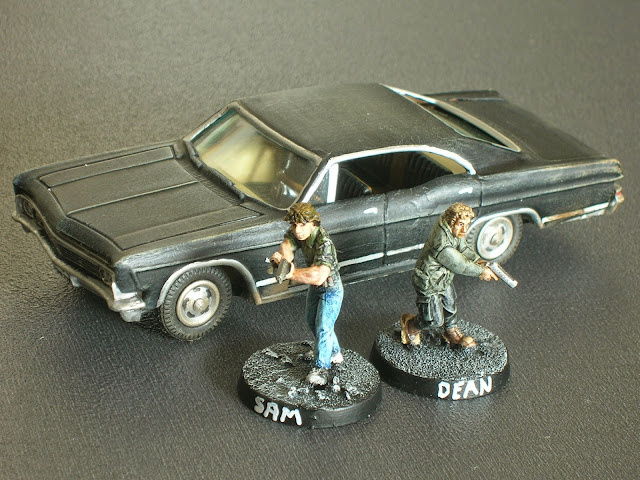 The Winchester brothers, hunting the supernatural until and beyond their ultimate demise. While the series jumped the shark eventually, they still rock on the gaming table. The figures are converted Hasslefree figures. The car is a converted Corgi Toys Chevrolet Impala. 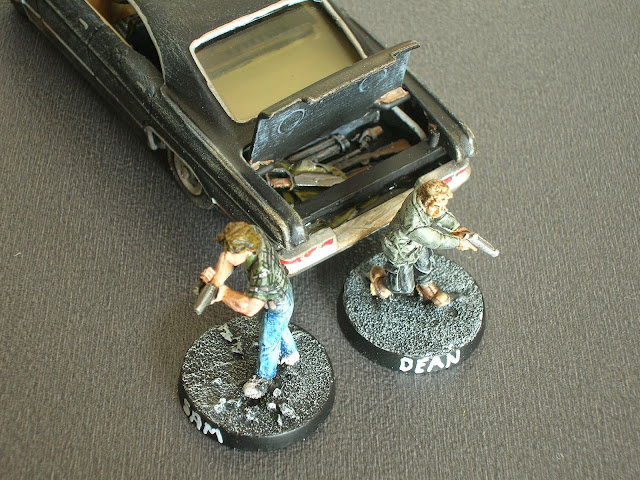 With a well-filled trunk, of course. 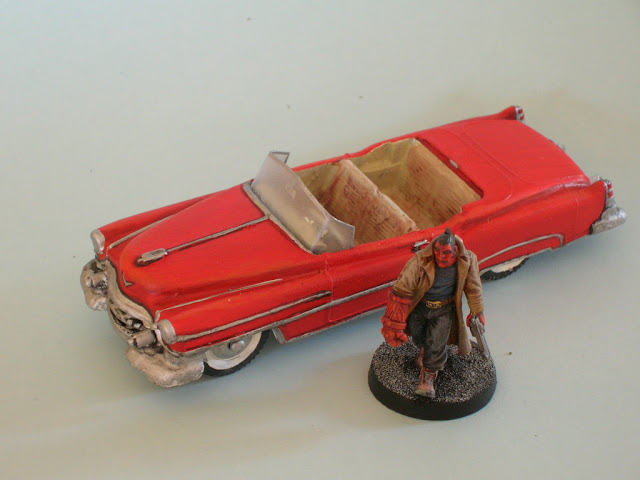 While Hellboy isn't known for cool cars, this red Cadillac Eldorado was too good a fit to pass up. Miniature by Hasslefree, car by Dinky Toys (OOP). 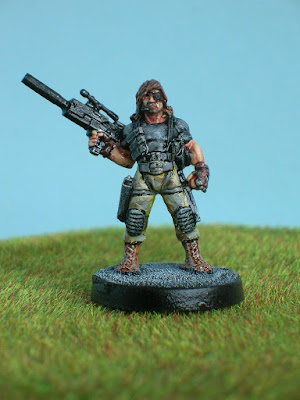 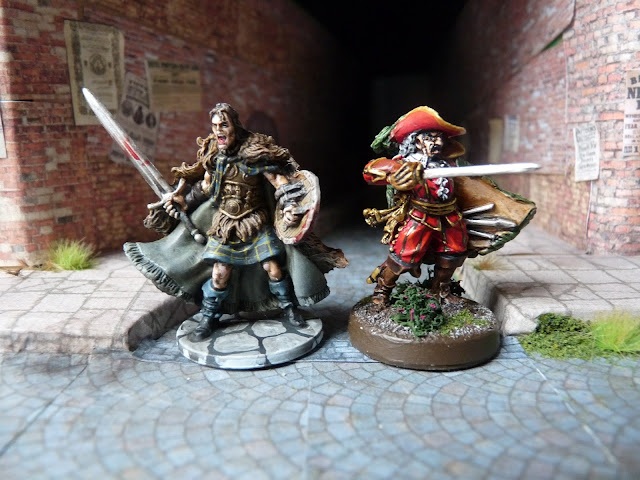 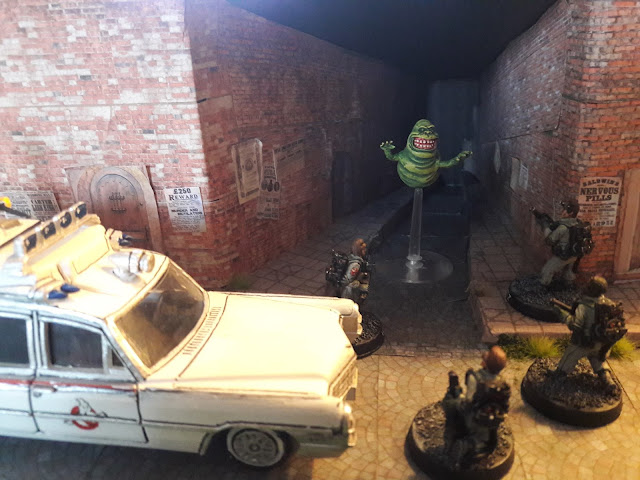