After getting inspired for Jugula by enthusiastic tales from friends, I decided to do it in 1/32. Cheap as well as impressive. Here are the results so far: 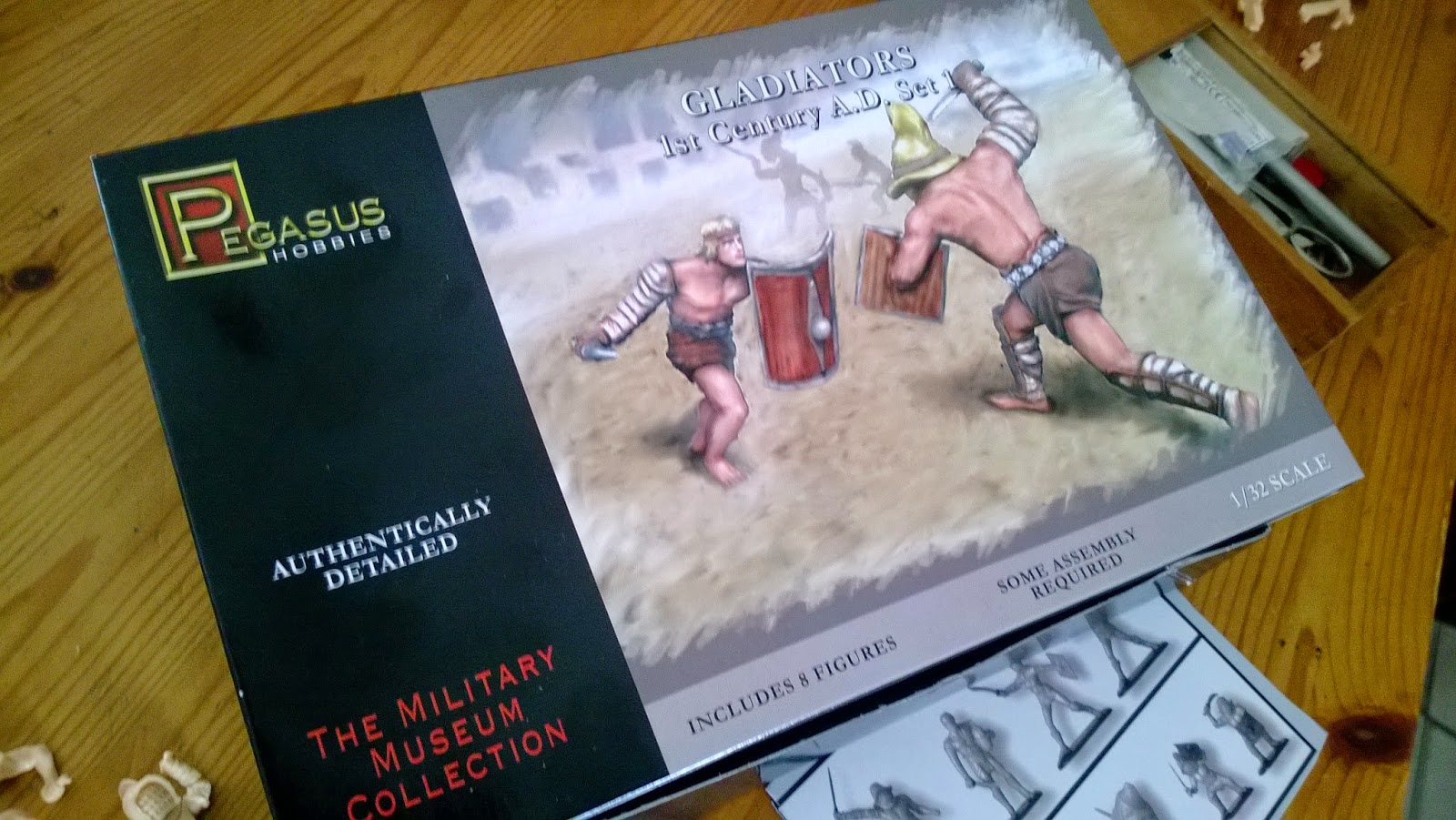 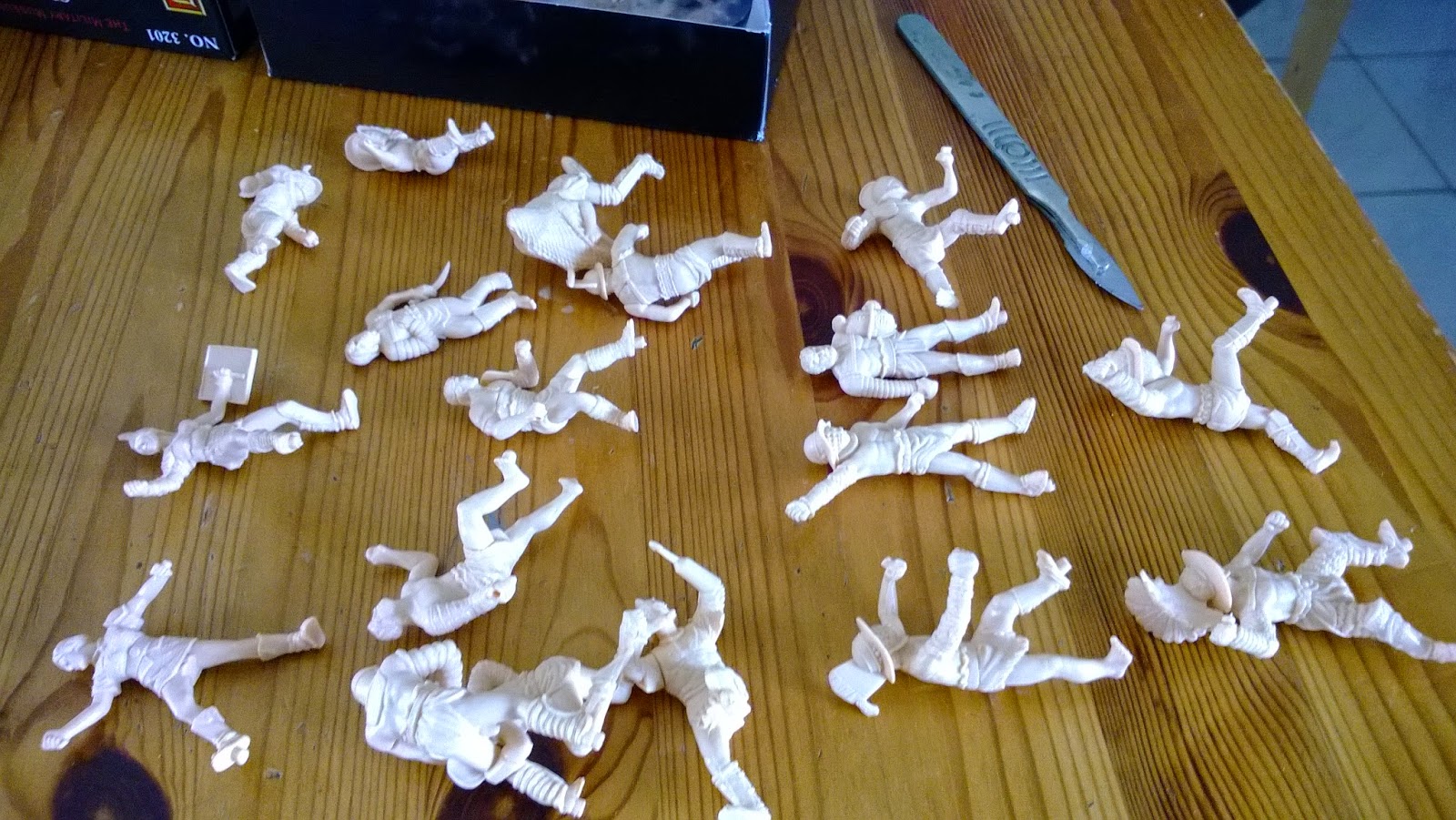 I used the two 1/32 Pegasus sets for this project. These sets provide 8 different historical figures each, in suitably active poses. I also bought the Italeri set, which was a bit of a disappointment. It did contain 16 figures, but two of each and there was an unmistakable fantasy element added to the designs. Apart from that, only three of the figures actually seem to be fighting. The rest seems a bit too relaxed for a long life in the arena.....
It did contain however, a bear and a lion (two of each) 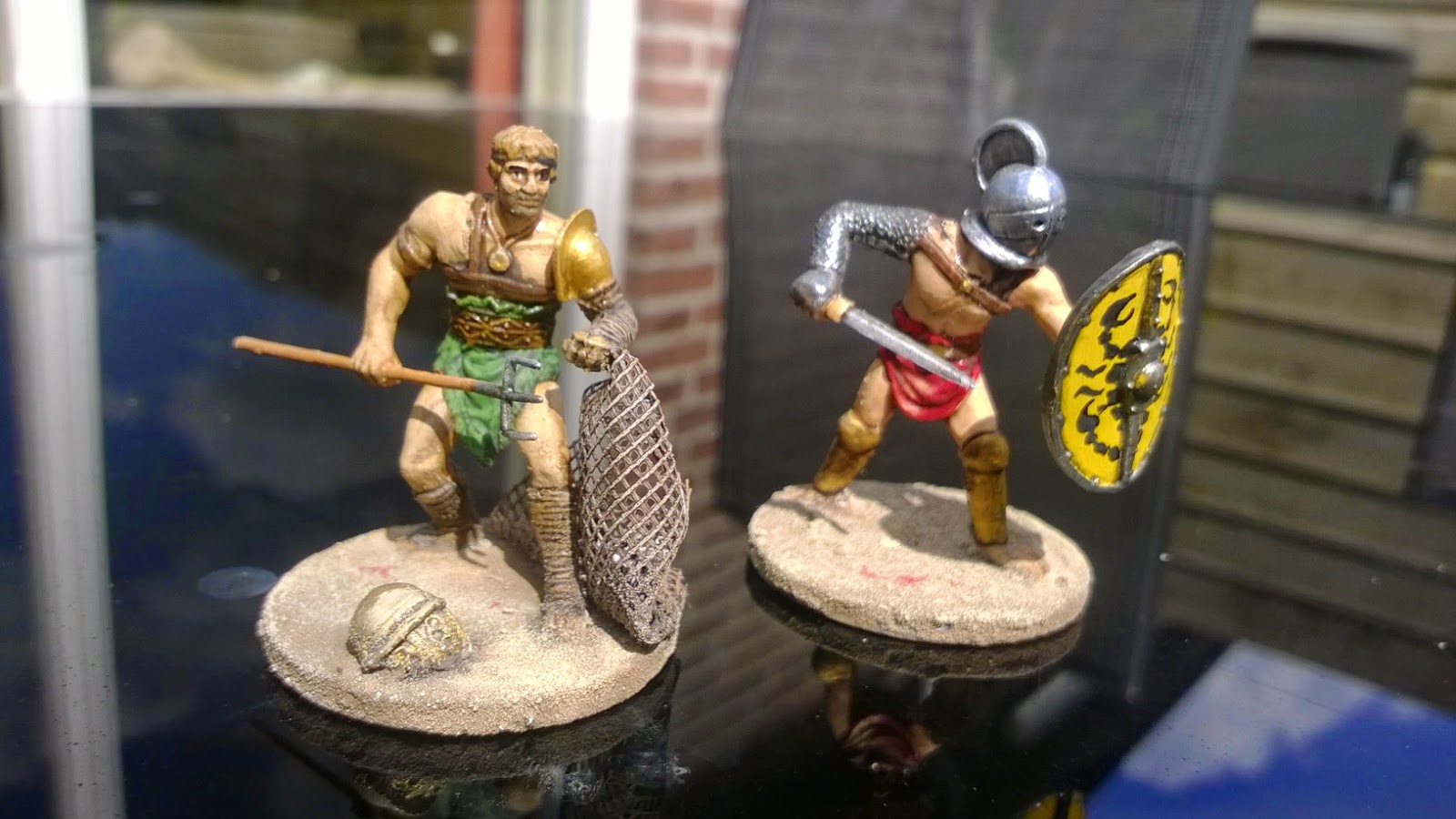 The Retiarius (netfighter) and his tradditional opponent the Secutor, both by Pegasus. 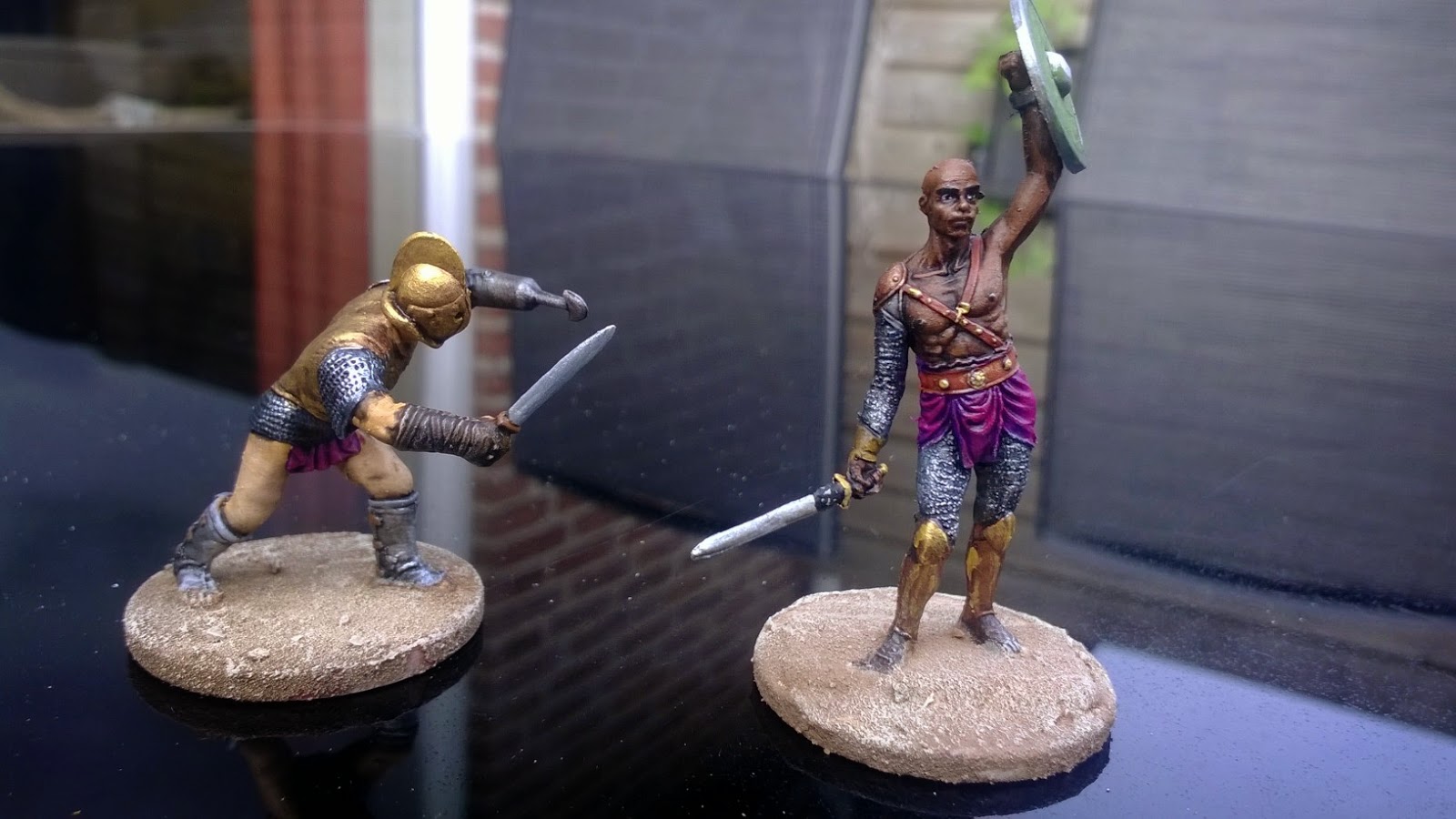 A Pegasus Scissor and an Italeri Thraex ( I think, for he is missing his helmet). You can see that the Italeri sculpting is beautiful, but the details are more fanciful than historical. Given the strange greaves and mail leg- and arm coverings it seems modeled after a 19th century illustration rather than archaeological evidence. There are three historical figures in the Italeri set by the way which I have yet to paint. 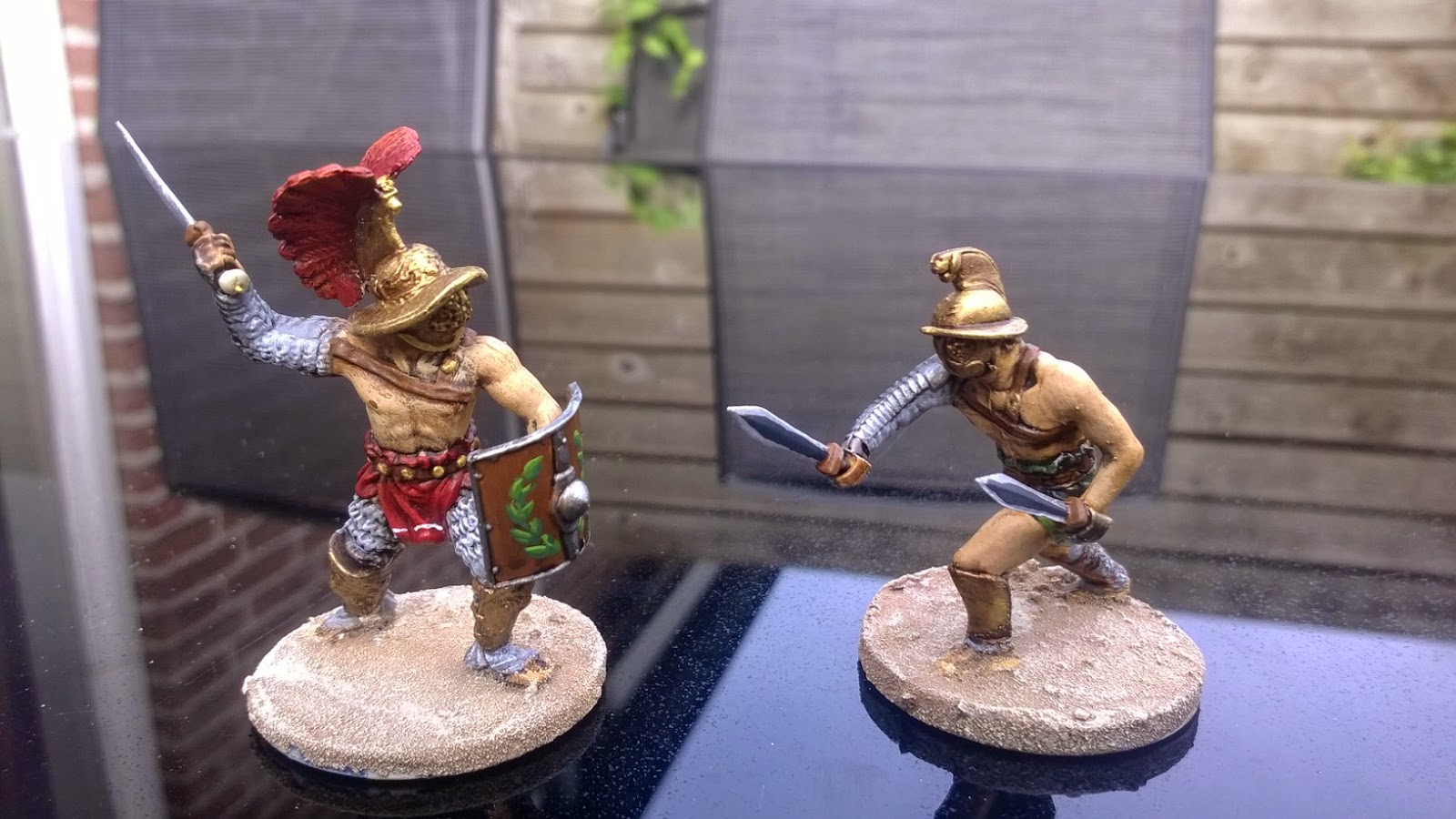 A Pegasus Thraex and Dimachaerus 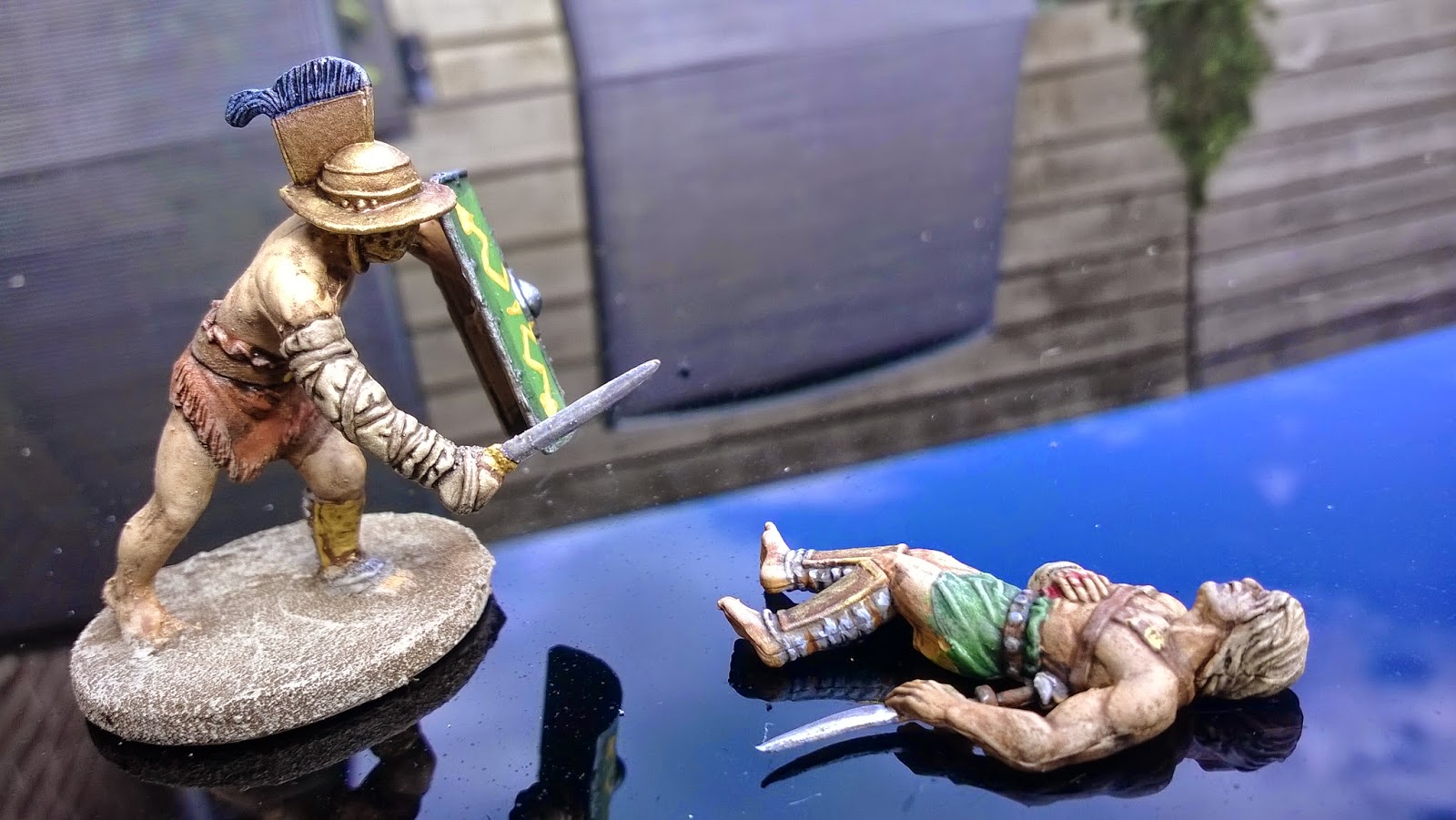 A Murmillo and his victim (both Pegasus) 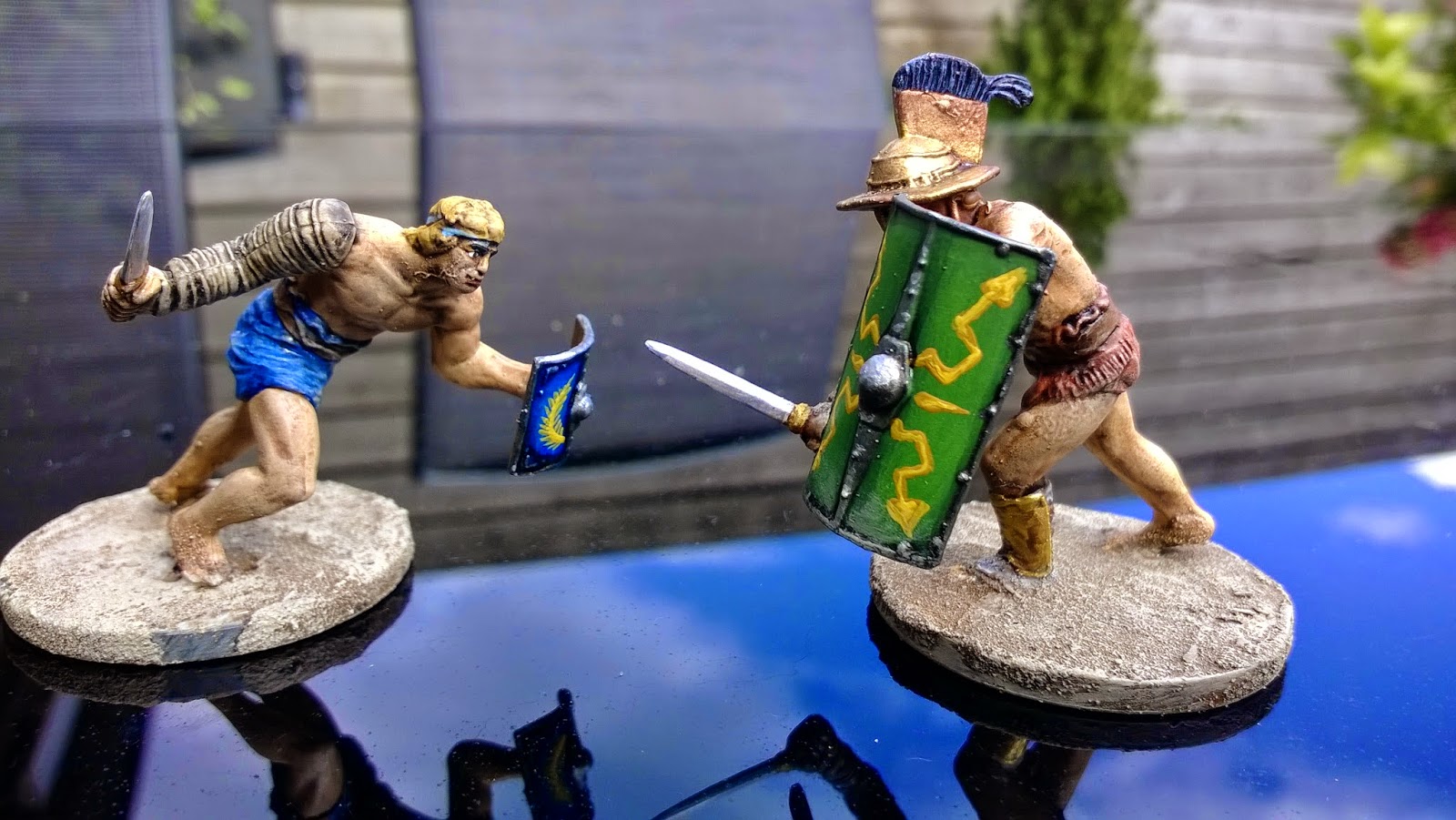 A Veles attacks a Murmillo (Pegasus)

Below some pictures of the board I am making. A 60cm MDF round arena. The board squares will be cut into it once everything is painted and dry. 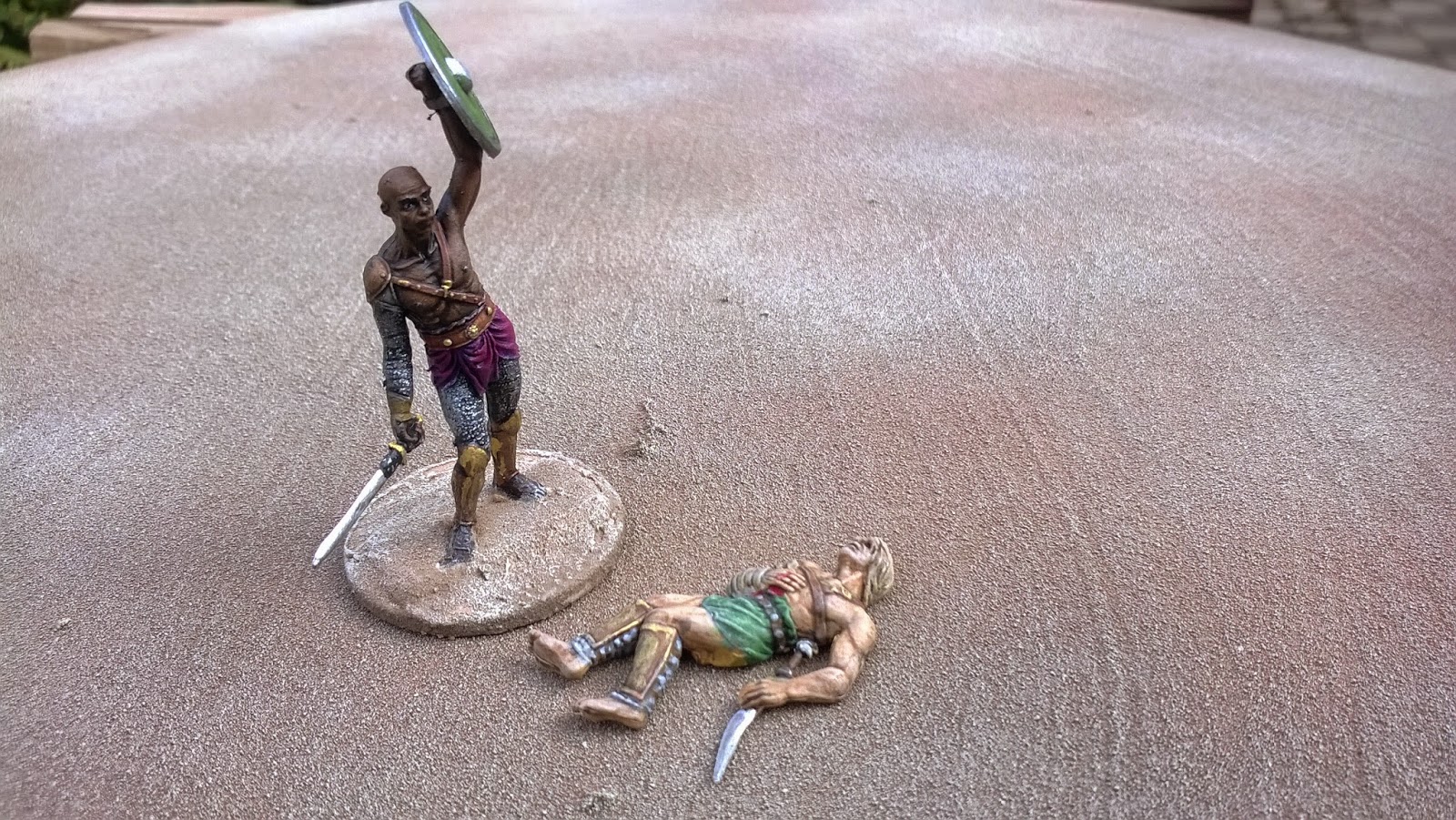 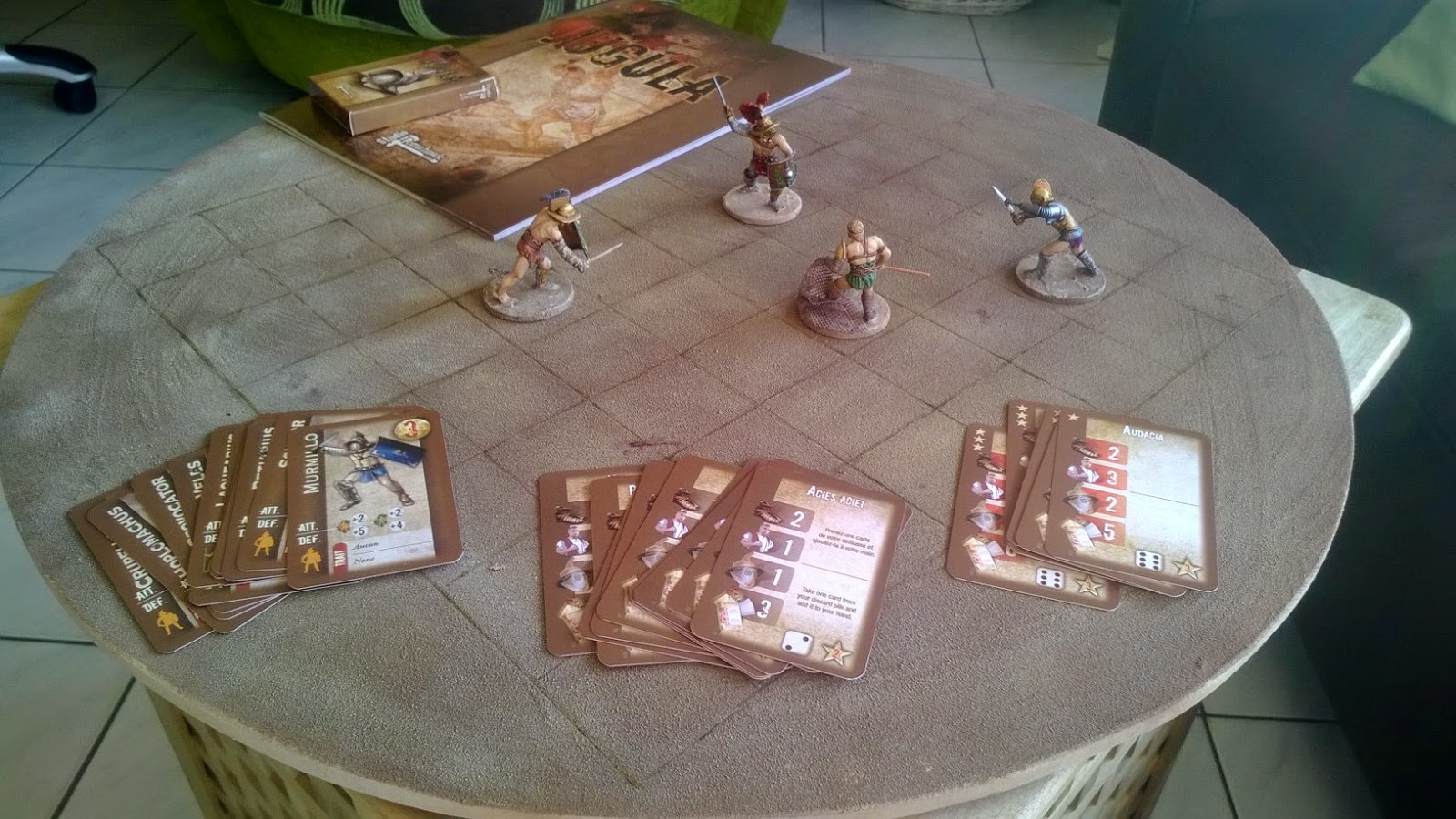 The rules have come in! And two card decks, one for each player. 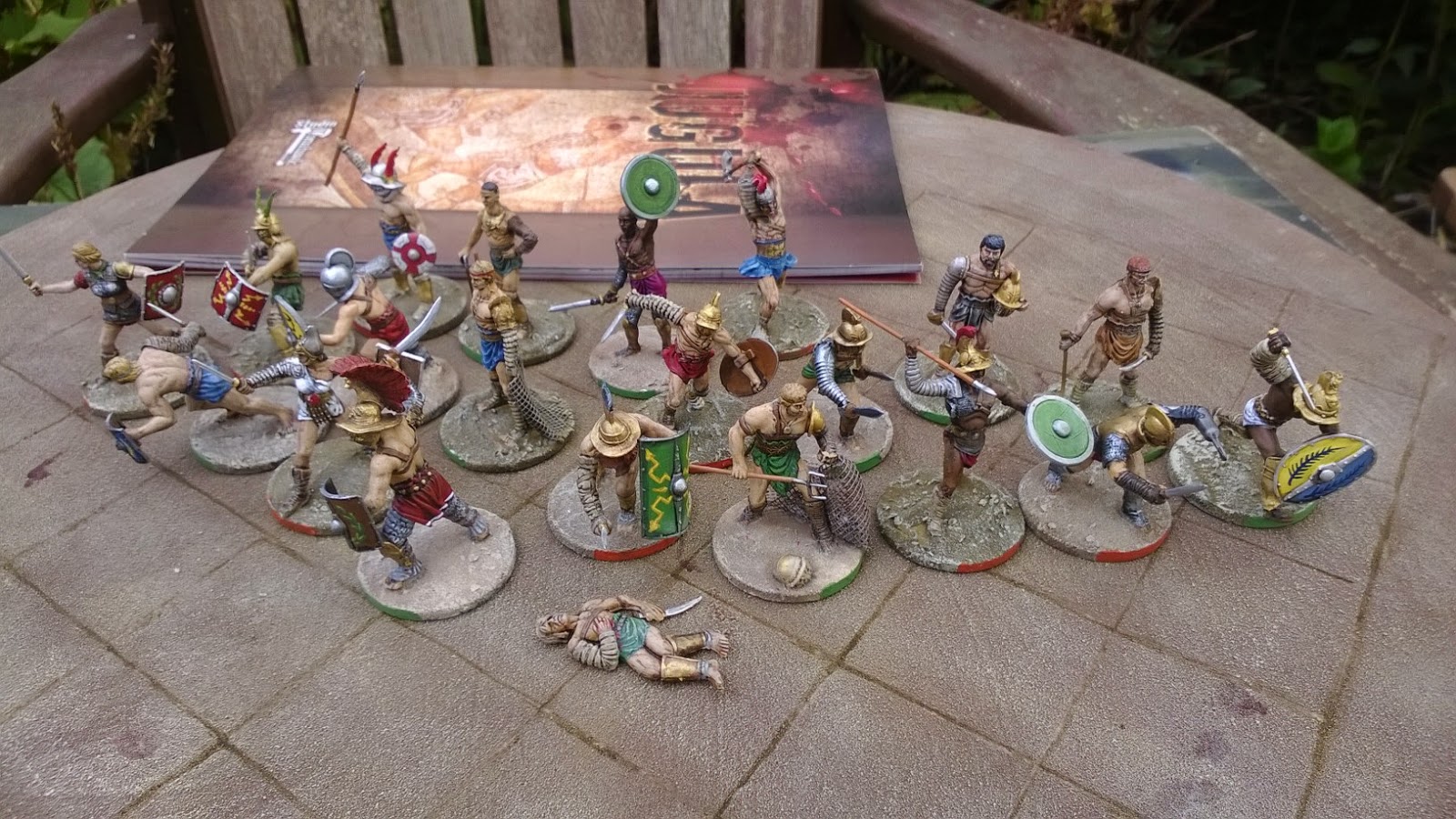 All figures are painted now! Ready for a game. Look here for a game review shortly!
Geplaatst door Pijlie op 10:24 AM 6 comments: