This weekend I built and painted the Khurasan APC. Given its stunning resemblance to the M577 APC from the 1986 movie Aliens I used the fanbase info for the painting. Figures in the picture below are from GaleForce9's 2020 board game Aliens. 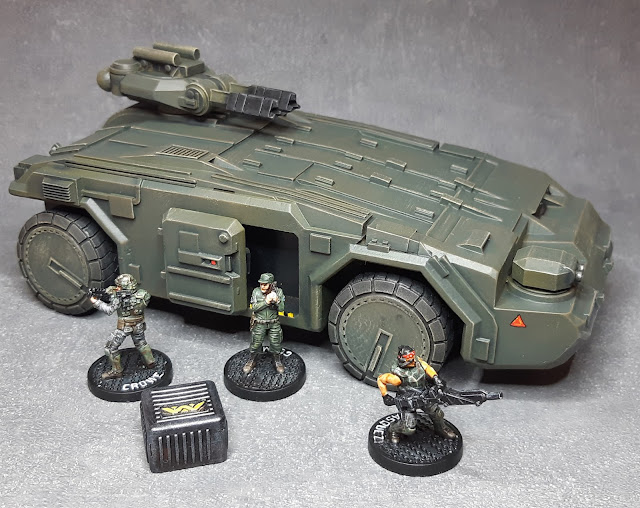 To keep all the moving parts moving I magnetized the wheels, gun turrets and door. 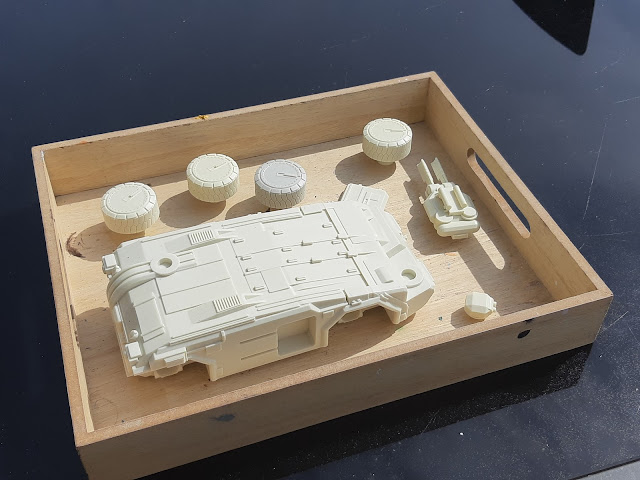 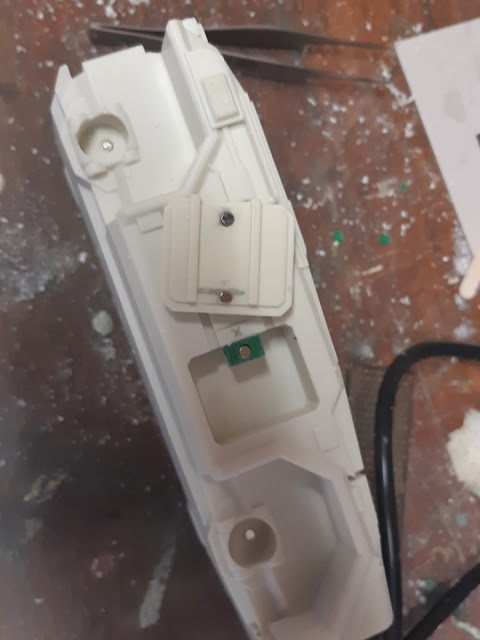 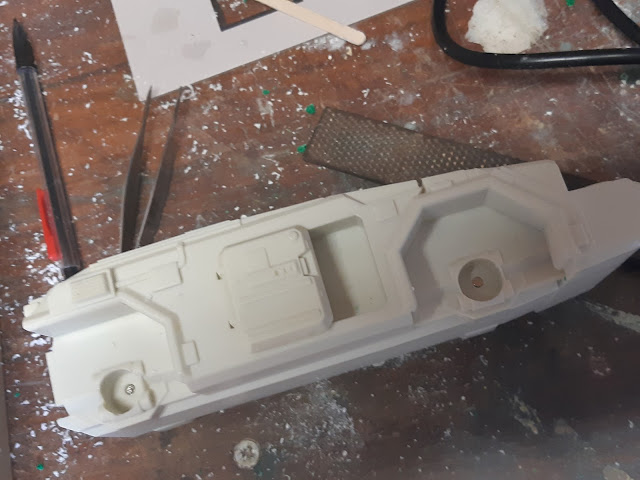 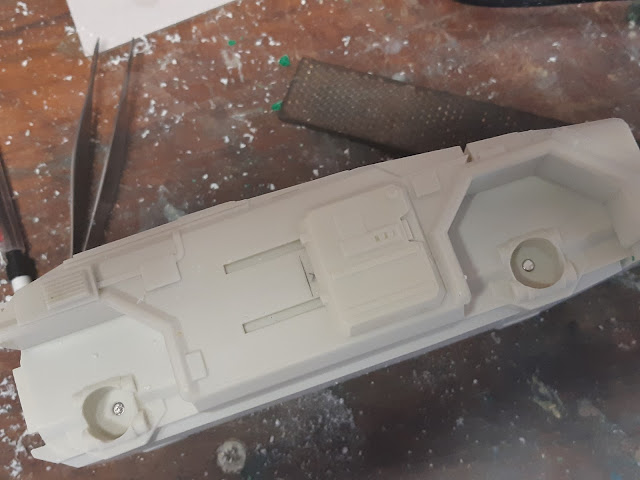 I used the airbrush over black primer for the main colours: black pre-shading and dark green as camo. 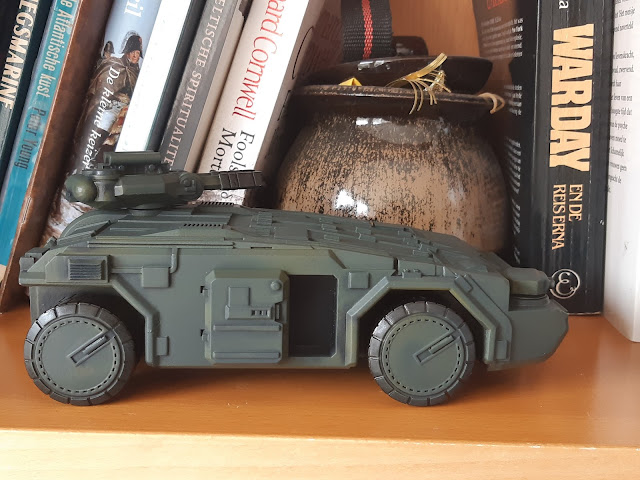 And then I finished it with brushes. 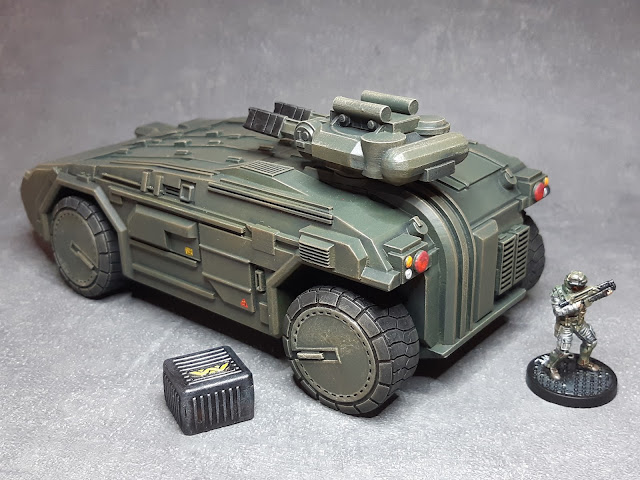 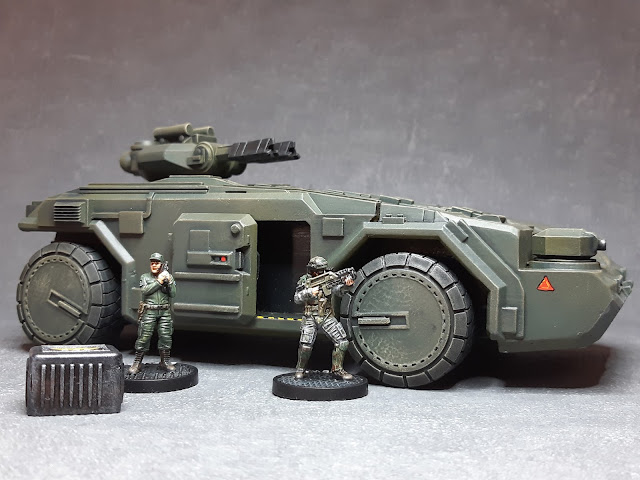 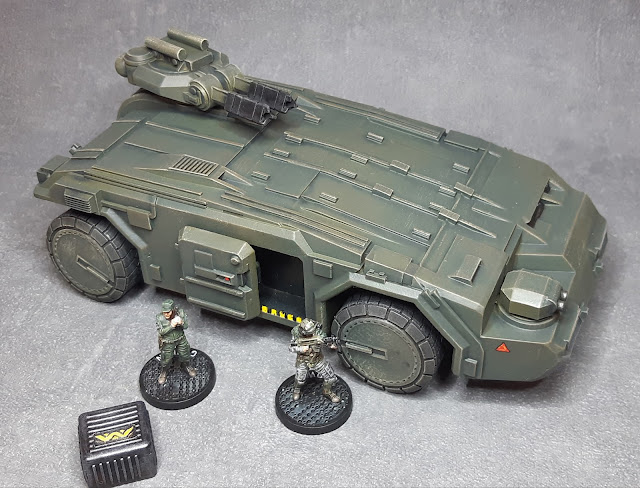 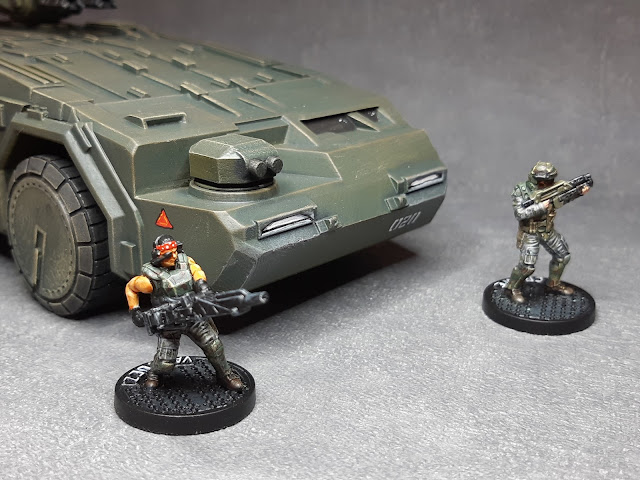 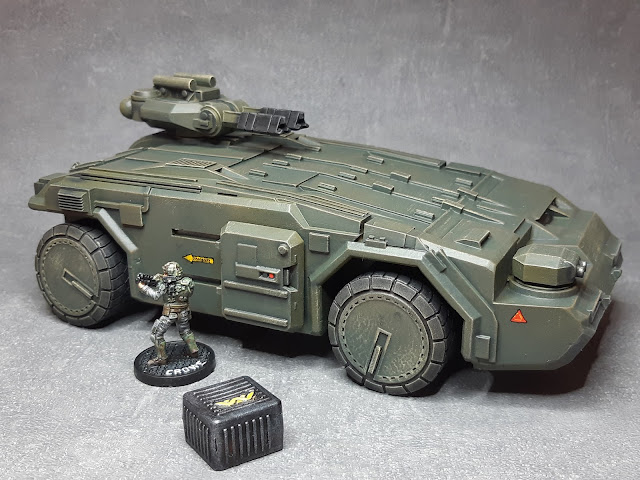 Being a nerd, I couldn't help myself to judge the vehicle in comparison to existing armoured vehicles.
First thing that jumps out is that the APC is huge for a vehicle of only 15 tonnes and very lightly armoured. Its 25mm armour is sufficient to stop small arms fire, but nothing more than that.
The T-54 of the same scale (36 tonnes) seems small in comparison. Of course the APC is supposed to hold 12 people compared to the 4-men crew of the T-54. In a stand-up fight the APC would be hard put to make a dent in the T54's 200mm armour however..... 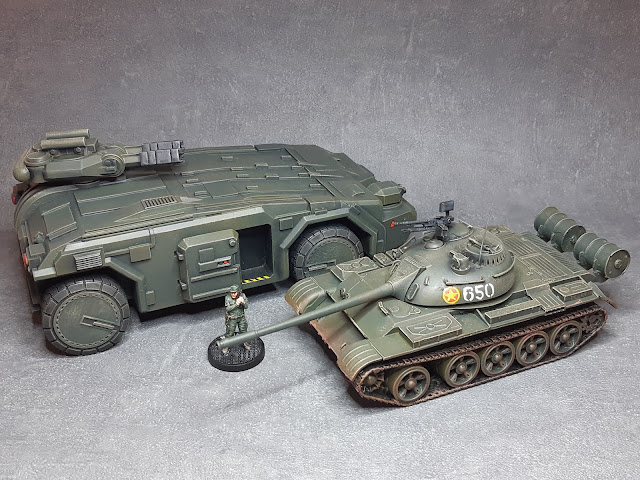 Another baffling design choice is that the APC has only one entry/exit door and a sliding door at that, of which the mechanism is placed on the outside. A few lucky hits on the rails and the crew is trapped inside the APC with no other way to get out....

The four wheels are independently driven by one engine each. That's 4 times the chance on crippling engine failure compared to a classic one-engine vehicle. Plus it remains a mystery how Ripley could break the transaxle in a vehicle that doesn't need one.

I am clearly overthinking things 😂