The Hit: A Spectre assassination scenario

The theme
A small terrorist cell attempts an assassination on a well-known politician (The Target) in broad daylight. Government Security has caught wind of a planned assassination attempt and are on the spot to prevent it.

The scene
A street flanked by buildings. One central building that will be left by the Target. Numerous moving people and cars. A motorcade waiting outside the building to transport the Target away. 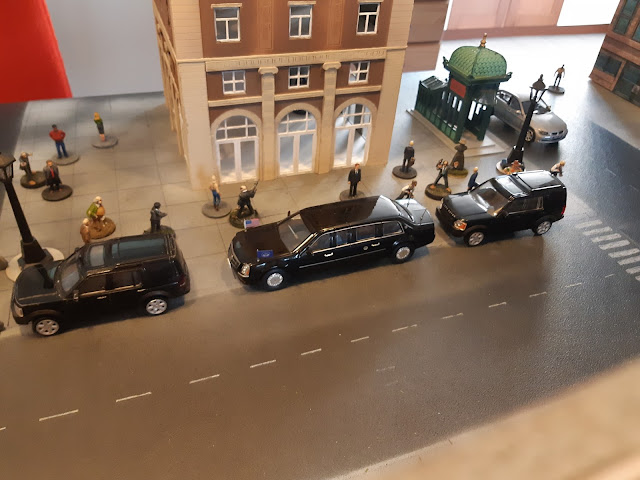 
Victory conditions.
The Terrorist player wins if he kills the Target OR escapes with at least 3 terrorists. Any other result is a win for the Target. 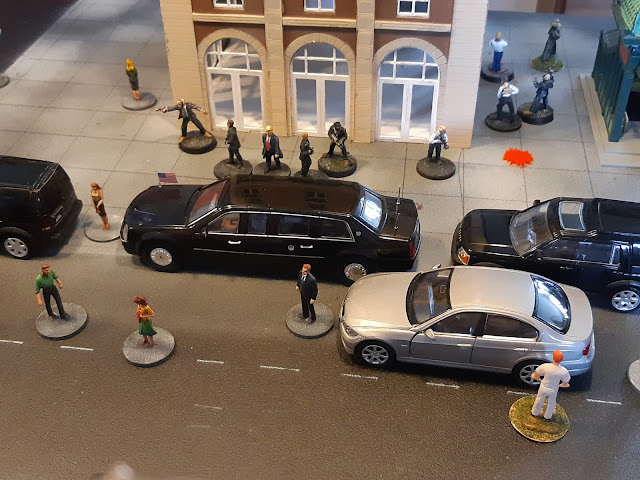 The rules
Optioneel
Instead of starting all his figures on table the Terrorist may mount 1 or more figures on motorbikes and have them start at a table edge of predetermined choice. They need not start at the same edge.

Anybody who knows the Joe Ledger novels by Jonathan Maberry will know Arklight. These figures by Spectre Miniatures are an excellent representation of those lethal women. 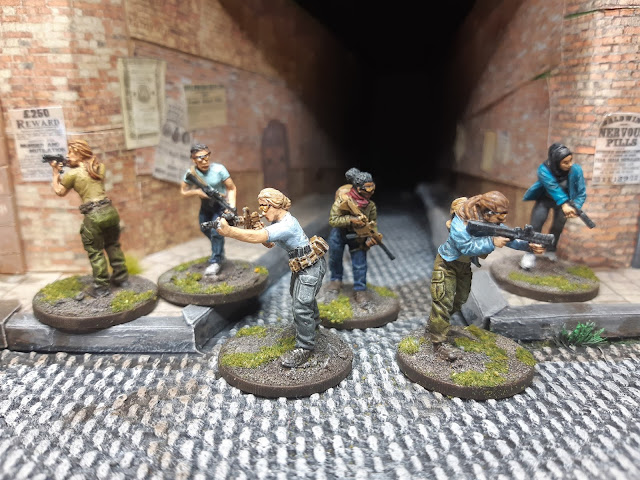