I have been painting the first of the Redbox 1/72 Jacobite Highlanders for Blackpowder. Not being a purist I plan to field them in my AWI armies and Imaginations games.

Redbox has an interesting reputation for producing extremely interesting sets (Boxer Rebellion, Samurai) of atrocious quality. This time however, they have rehabilitated themselves in a spectacular way with their Jacobite Rebellion figures. Below are figures of the Highlander and Militia sets. I cheated some kilts on the long coats of some of the militia to get enough marching figures for a regiment of 24 figures.

They are lovely figures to paint, a tad big but finely detailed with a bit of flash but nowhere near the blobs of plastic I have come to expect from Redbox. PlasticSoldierreview.com has some things to say about historical accuracy but as I said, I am no purist. The review is here. 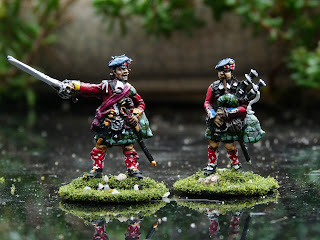 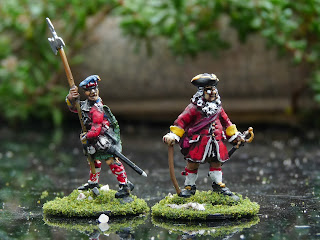 NonCom and elderly Laird  (from the militia set) 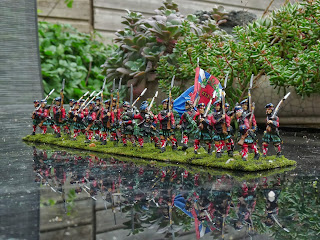 The 42nd Regiment of Foote in Line 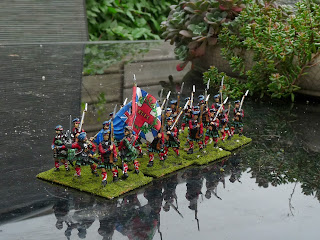 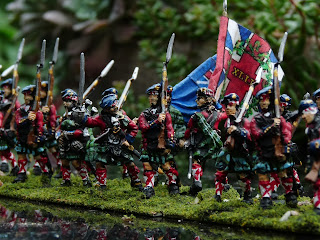