It came from beyond the still: game report

A short after action report of the three participation games I ran today using the ruleset "It came from beyond the still" by Dastardly Designed Games. As it turned out I managed three games in a day with 4, 6 and 6 players respectively.

As I expected the ruleset is perfect for participation games. I made team handouts with a QRS on the back and was able to start the game after a 5-minute intro of the rules and missions and it ran practically flawlessly (after me ironing out some minor details after the first game). The players played teams of Hillbilly clans, Gray and Blob aliens, Men-in-Black and policemen. Missions varied from taking DNA, eating MiB, shooting Hatfields and blowing up the McCoy moonshine still.

It was great, violent, chaotic fun. The Blobs dragged in two games and the Sheriff one. Some athmospheric pictures below (as usual I was way too busy to take more than a few pictures on the fly): 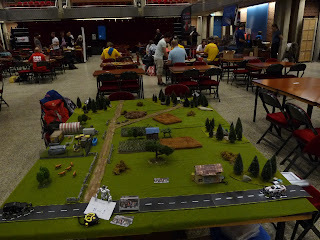 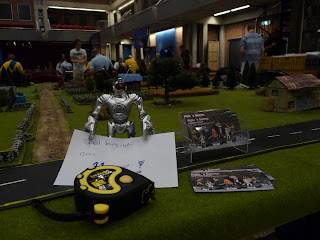 I forgot my customary clock, so I enlisted a Giant Robot to draw attention to the games. 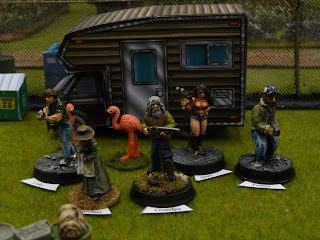 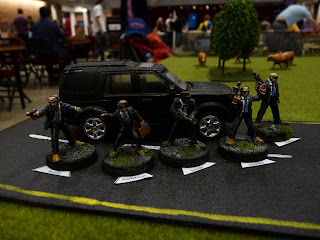 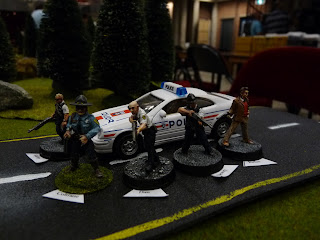 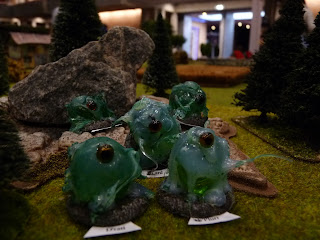 The Blobs just oozing from their travelling meteorite 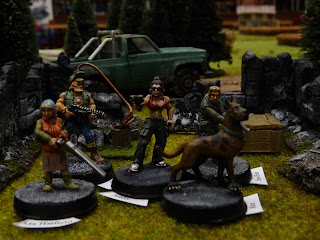 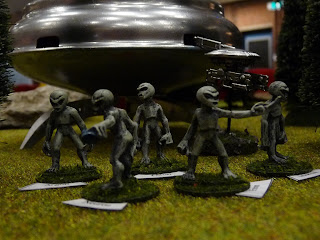 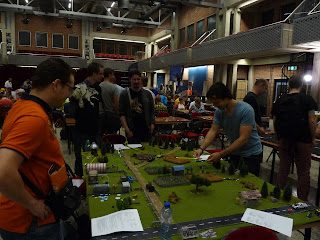 A quick snapshot of the second game in full swing 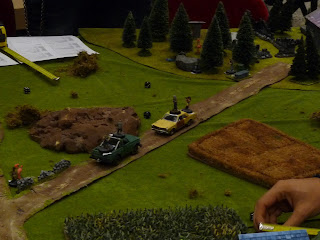 A dramatic moment that incredibly enough occurred in TWO games: McCoys and Hatfields race toward eachother in a deadly Chicken Standoff and both made heir Courage Checks (and therefore did not take any evasive action). Major crashes ensued!

It Came From Beyond The Still. If you have $10 to burn, you could do a lot worse than buying and downloading this one!