Apart from rolling dice, there seem to be few things miniature wargamers like to do better than discuss the state of their hobby. The purpose of this year's WSS survey is to answer some of the questions that regularly come up in such debates. As last year, the results will be published on our blog and in an upcoming issue of Wargames, Soldiers & Strategy.

At the end of this survey, you'll have the chance to enter your email address into a raffle for some very nice prizes. The full list is quite long and includes a Gates of Antares Starter set, the Great War game by the Plastic Soldier company, various boxed sets, books and three two-year subscriptions to either Ancient Warfare, Medieval Warfare or Wargames, Soldiers & Strategy! Moreover, as a thank-you for taking part in this survey, everyone will get a discount coupon for use on the Karwansaray Publishers website, which can be used to purchase any of our books and magazines.
Please note that this survey is entirely anonymous, unless you choose to provide your email address for the raffle. If you do, this will only ever be used to contact you if you win.
Finally, filling out the entire survey shouldn't take more than 5-10 minutes, and they're taking responses until August 8th, 2015.

So enlist! and fill'em out!

No  wargaming blog would be complete without referring to Games Workshop.

The company has as many fans as detractors, but it can hardly be denied that GW has had an enormous influence on the wargaming hobby. Many current wargamers started with GW games, even if they no longer play them. And a large part of the "new batch" still enters the hobby through GW's products. Still any topic dealing with GW in general terms, their products or their policies risks erupting into bitter disputes very soon. 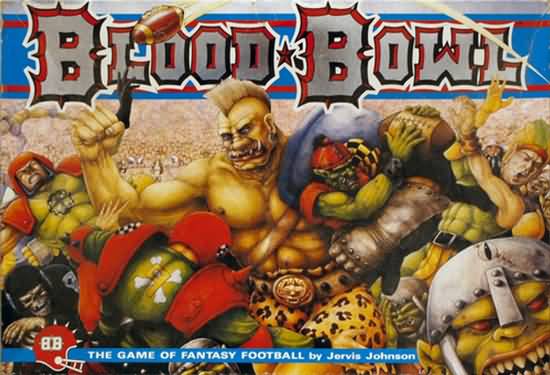 There are as many reasons why this is so as there are people discussing GW, so I will not attempt summaries and analyses. Instead, I will just examine my own opinion. It's a blogger's privilege.

My first real wargame (as in playing with figures on a tabletop) was a GW product. If I skip Spacehulk, which was a boardgame after all, the game Necromunda was the first tabletop wargame I played. And I played it with all the gusto of a GW noob, buying White Dwarfs, rulebooks, Citadel miniatures and rulerstm  where I could find them (and if I had the money for them) and painting and building away on my "gangs" and terrain. It was a lovely game, full of athmosphere and supported by great background fluff which I did not even connect with Warhammer 40K all that consciously. We played campaigns against each other for years, or so it seems. I had never played Rogue Trader or 40K so it all looked pretty original to me.

And before that I enjoyed games like Talisman, Spacehulk, Dungeonquest and Mighty Empires. In later years, when historical wargaming drew my attention, I had uncountable hours of fun with GW Warhammer Ancient Battles and later historical offspring from that game.

So what drove me away?

It was not the periodical re-styling of army lists for Warhammer Fantasy Battles or 40K, always a rather thinly veiled way to get people to buy new rulebooks and miniatures. I never played either WHFB or WH40K because the rulesystem did not really appeal to me. I always considered it a rather simple min-max game that drew a lot of very competitive players, who were not my preferred company. So I never stepped into those but still enjoyed the rest. Price increases are connected to any hobby and when the price becomes unacceptable to me, I just stop and start looking for alternatives. I don't like the sculpting style that much anyway, so it was an easy choice.

Neither was it the "We are The Hobby" approach that attempted to exclude all non-GW influence from any GW game ("kill the mutants!" is not just 40K fluff, apparently) since, well, in the age of Internet it is really very hard not to find other sources for the hobby and even before that I never paid much attention to people who told me how to experience my hobbies. I am in it for the fun, so it is only logical to do as I like playing with the people that I like who also like to do what they like.

Rather, it is a case of murder, committed by GW. Murder, you say? Yes. Murder. 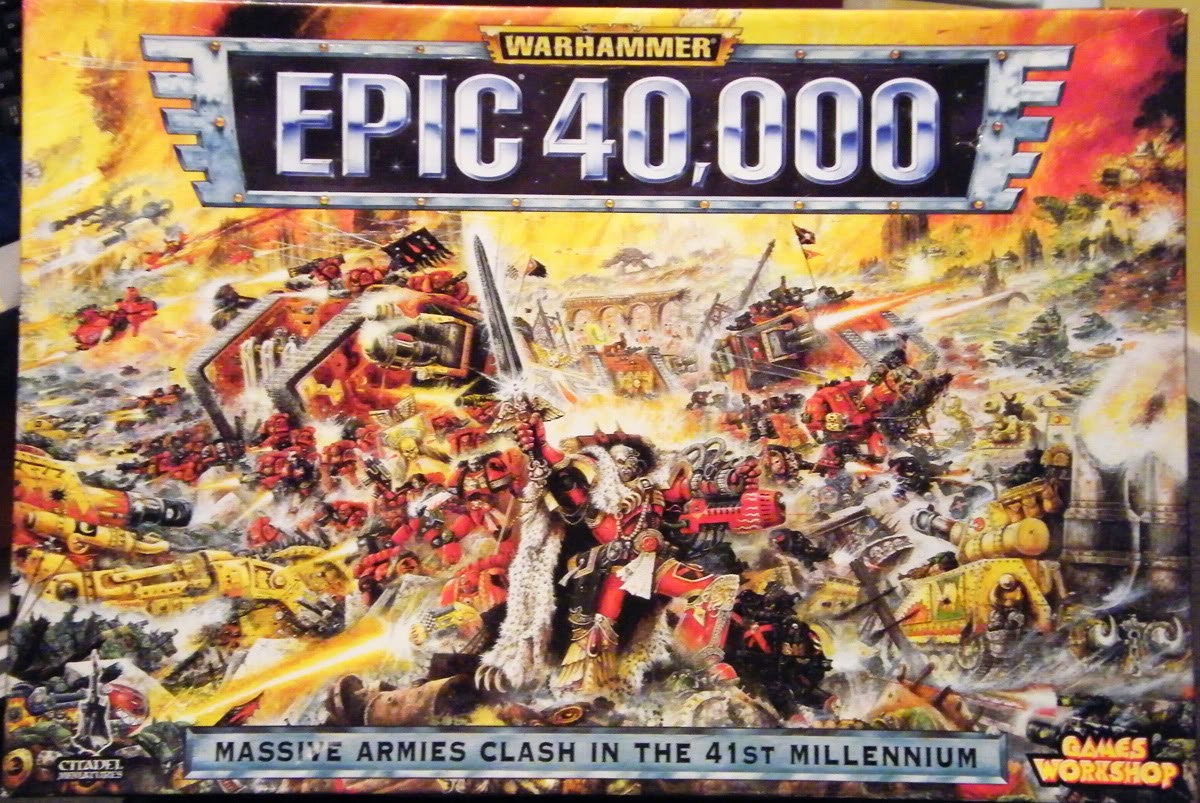 GW was founded in 1975 and I encountered them around 1984 when I joined a RPG group that regularly read White Dwarf and used Citadel miniatures in their games. Around 1986 a game store opened shop in my hometown and I stepped on the and have been on it ever since. It was a halcyon time, where everything was new and fresh and a new and totally innovative game seemed to be published every two months or so. GW appeared an everlasting source of fertile creativeness that just kept on producing great gaming stuff! But over the years that source slowly began to dry up as management gradually took over from game design.

GW started to turn inward. Cost cutbacks started to exercise their influence on the design process. The board games and RPGs disappeared near the end of the 20th century. White Dwarf turned from a more or less general hobby magazine into a GW commercial ad collection. Still the range of tabletop wargames was impressive. But then these too, started to dwindle. More cutbacks slowly pushed them into limbo through the status of "Specialist Games" which increasingly turned out to be a euphemism for "nearly out of print". More and more resources were poured into the WHFB/WH40K lines, reinforced with the Lord of the Rings franchise, which was essentially a simple WHFB-variant with different miniatures. All at the expense of the "non-core lines" as it turned out.

During the first decade of the 21st century GW killed off the Specialist games one by one. Profit maximizing "transferred" them to Forge World where they were very sparsely supported and eventually just disappeared. Gone were Necromunda, Warmaster, Mordheim, Bloodbowl and many others. The entire Historical branch was scrapped in 2012 when GW simply tossed away WAB, one of the most successful historical tabletop rulesets ever produced without even attempting to license it, because it did not make enough profit. It took all the historical games with it into oblivion.

From then on GW completely focused on the WHFB/WH40K/LOTR lines, which were essentially branches of the same game engine-tree and served to sell ever more rulebooks and figures. Or, in other words, GW made a business policy out of endlessly re-hashing variants of the WH engine and the miniatures associated with it and has been doing so ever since. Something not immediately apparent to new players, but painfully clear to all of us who have been around a while.

Remembering their beautiful origins and the many, many remarkable games and game accessories that sprang from the original GW-source, the gradual and total decline of this growth and realizing that nothing really new has been produced by GW for over a decade, leads to the conclusion that GW has murdered Creativity sometime around 2005.

So yes, I proclaim GW guilty as charged. Not for taking our money, not for making a profit, not for attempting to monopolize the wargaming hobby and not for developing devious (well, what's in a name?) marketing strategies.

But guilty nonetheless for developing that vast potential for creating for us so many lovely games and then murdering that potential for the benefit of the shareholder, robbing all of us, old and new gamer alike, of what could have been. [EDIT]
As an add-on here is GW's Half year report for the latter half of 2014. Revenues sink and profits sink even faster.

“Games Workshop’s core business model remains strong. Our current initiatives of ever better weekly new product releases, the low cost one man stores in retail and the stockist programme in trade, are designed to lead to growth. The board remains confident in the future growth and profitability of the Group.”

Time will tell (but I'm afraid it does so already) if Kevin is right....

[EDIT]
Based on GW's 2014-2015 report revenues fall a further 3 million (-2,5%) but profits stay on last year's level. No reassurance, given the significantly lower costs for this last year.