I have been wanting to play Trenton for a long time and after quite a while of painting and building the hardware was ready and I was left with the challenge to write an interesting game scenario for this extremely lop-sided battle.

Because, whether you believe the Hessians to have been sober and vigiliant on Christmas morning 1776 or stumbling drunk and hung-over, fact remains that Washington's army not only surprised them but outnumbered them about 4 to 1 as well. In reality, as soon as Rall decided to stand and fight to reclaim his lost cannon, his fate was sealed. 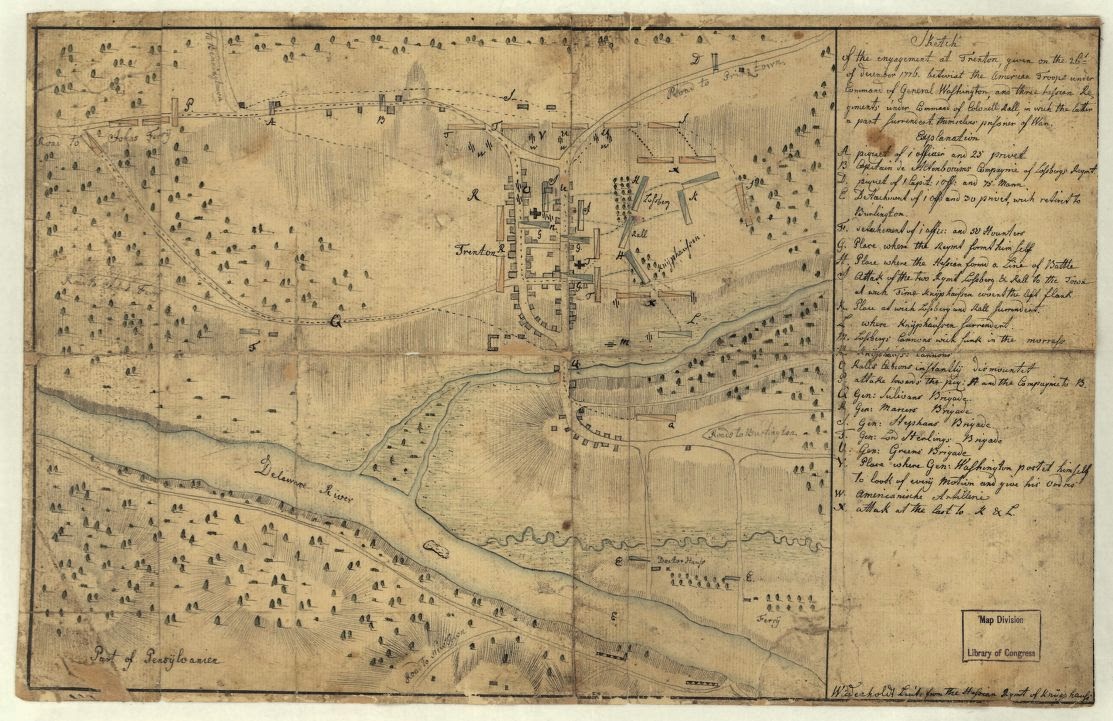 So I had to come up with something more interesting. I chose Black Powder for a ruleset and started out with troop sizes in somewhat historical proportions. So Washington would outnumber Rall about 4-5 to 1 from the outset. Rall only had his three regiments, a small unit of Jaeger and a small unit of dismounted Dragoons, besides his two guns. Washington would approach Trenton in 4 columns that approach Trenton from four predetermined sides. simultaneously, just like he did in reality. From that point on I slipped in a number of what-ifs. Roll a D8 om the following tables for each player before starting the game:

I decided to forego all rules for bad weather and visibility and such.  The Hessians were dispersed in the houses of Trenton: 1 stand (= small unit) per house and 4 units to a regiment. The stands could either act as a small unit or could try to awake and regroup on a command roll of 8 or less. Two stands would still be a small unit. Only the Knyphausen regiment was awake and on their morning patrol on the far side of the table, marching away from Trenton.


As it turned out this resulted in a fast scenario in which the Hessians usually try various ways to escape the Americans in time to prevent being destroyed. Some of the what-ifs shoud even tempt them to defend Trenton, like a combination of 1 and 5, given the fact that Donop's command is also 3 regiments and a gun strong.

Some impressions of today's Ducosim con: 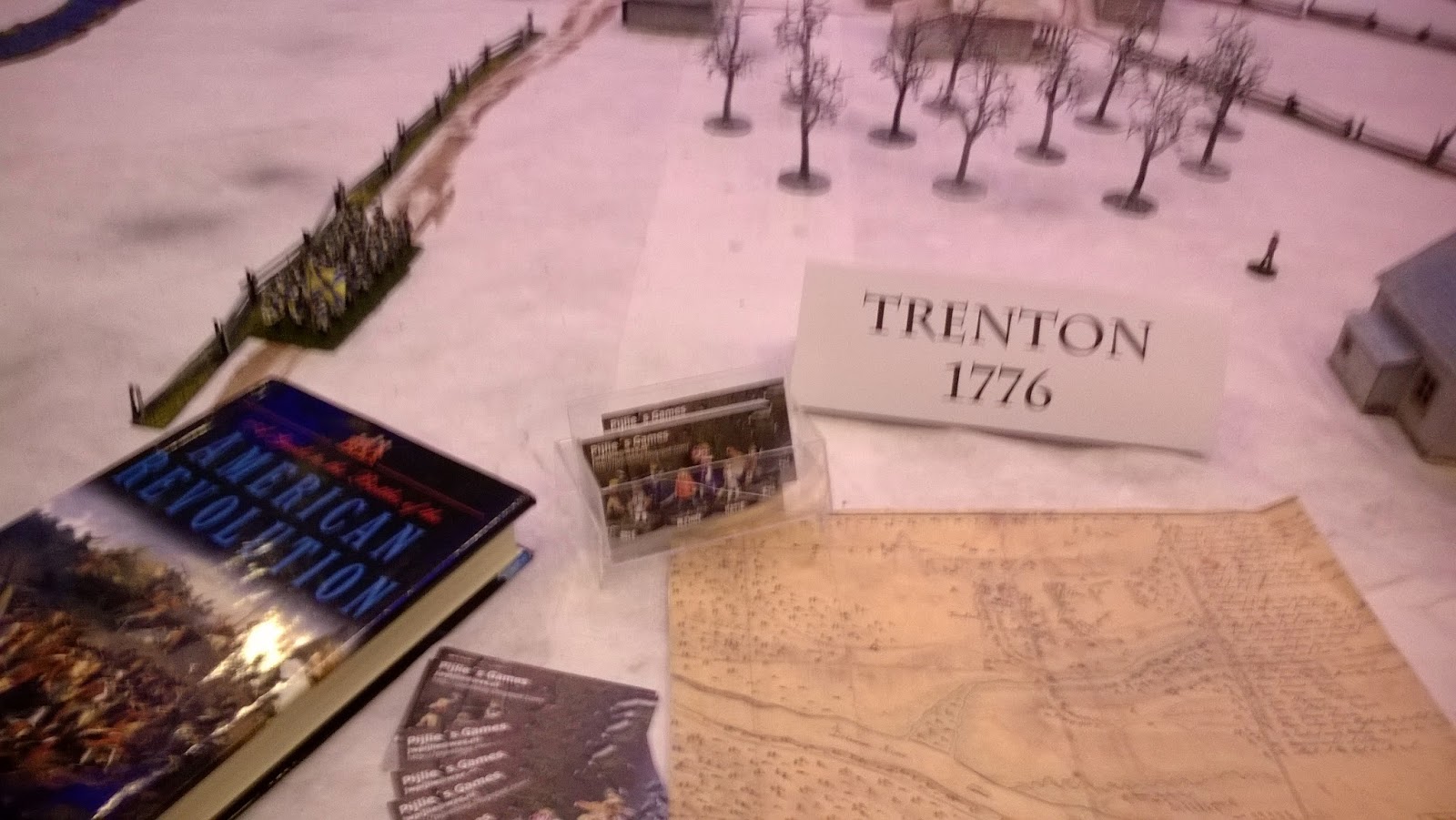 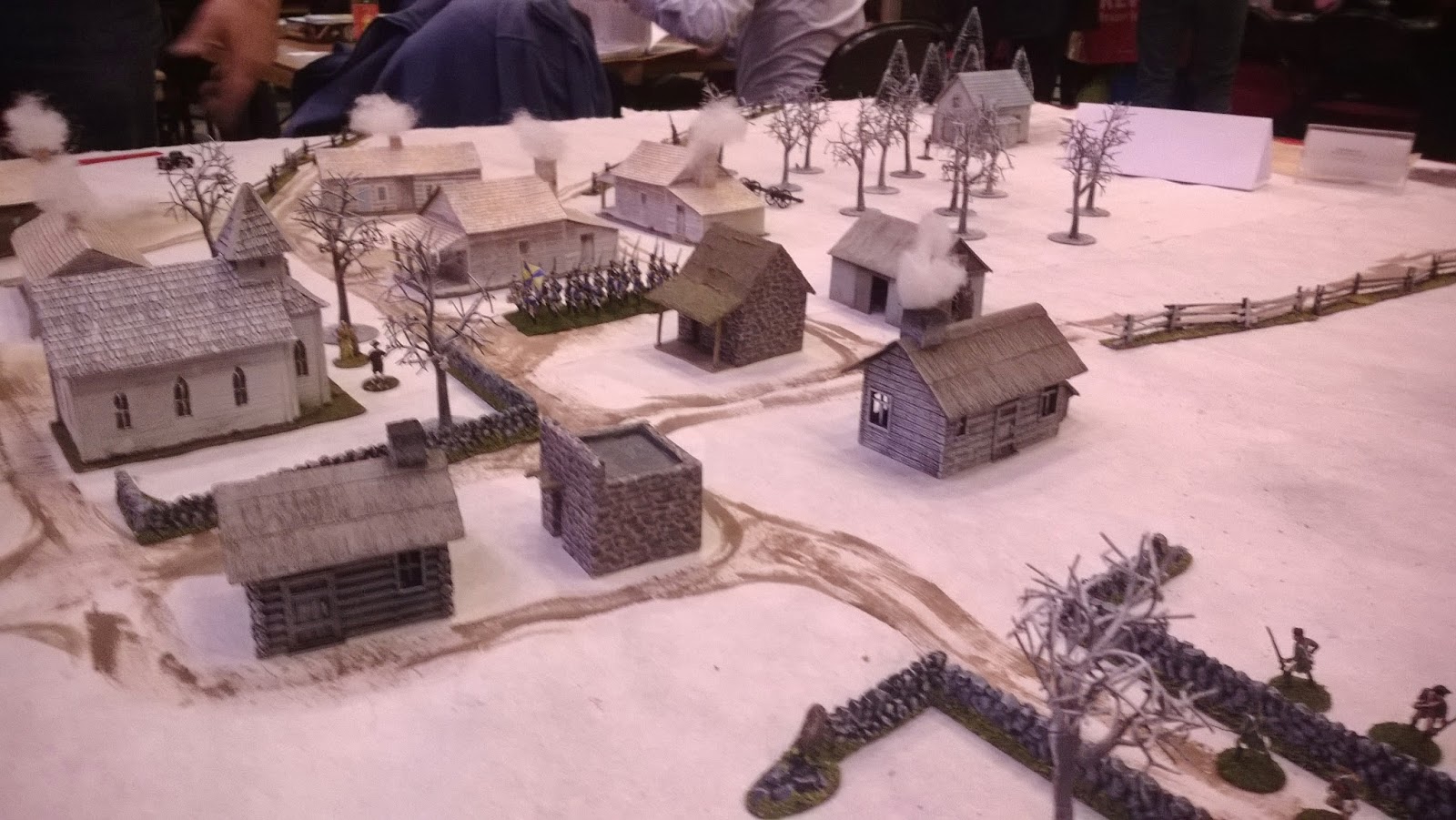 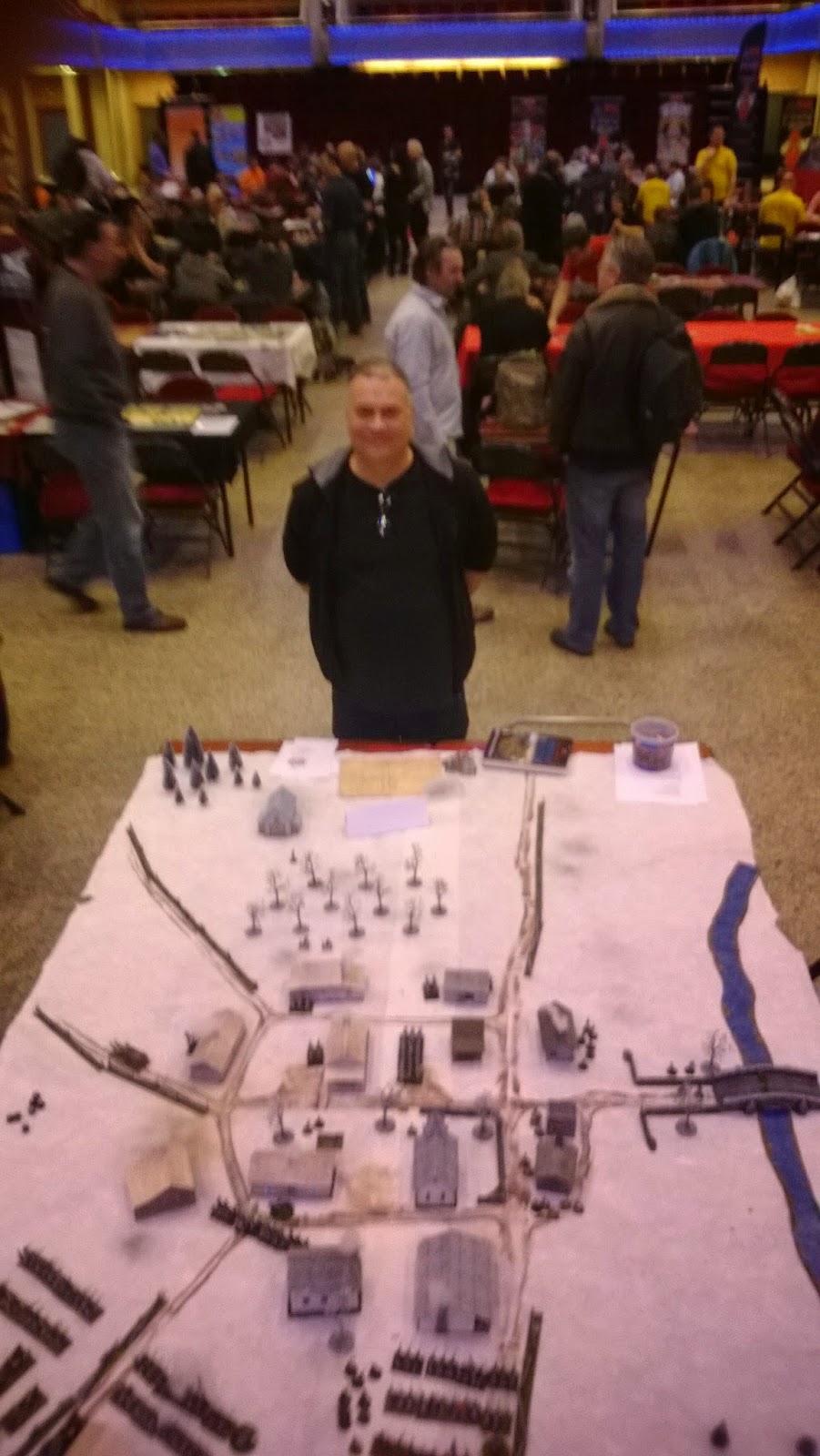 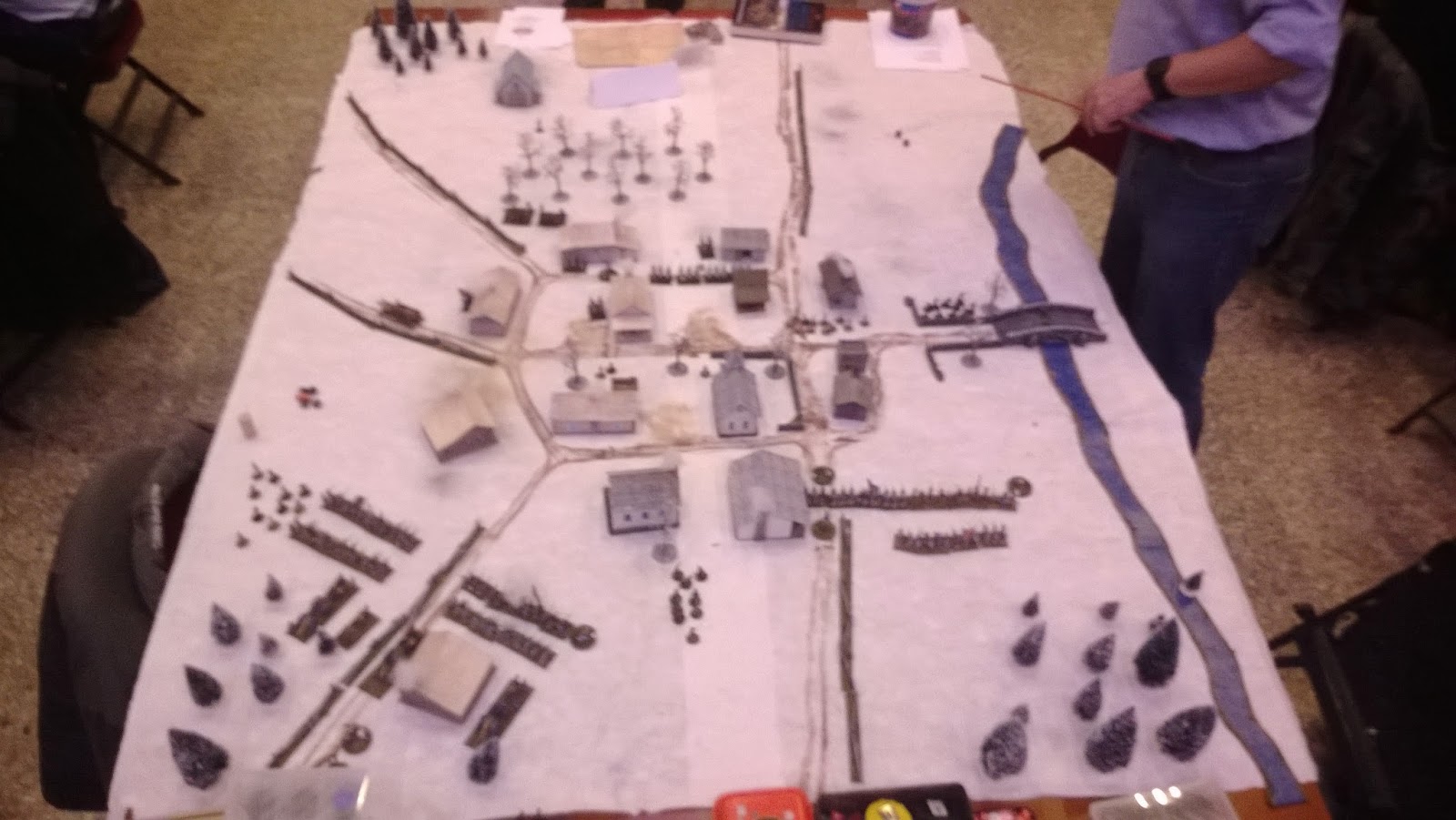 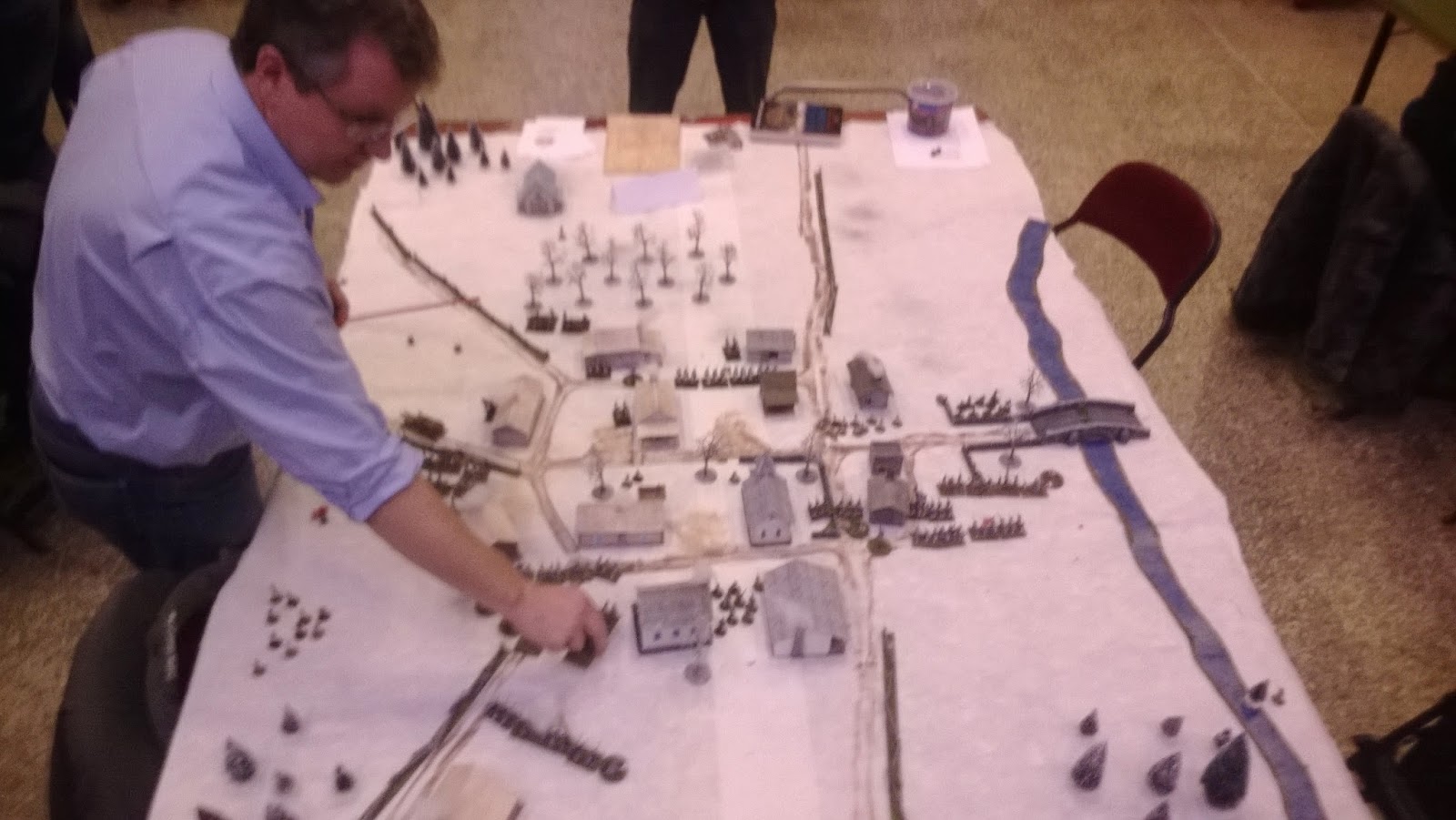 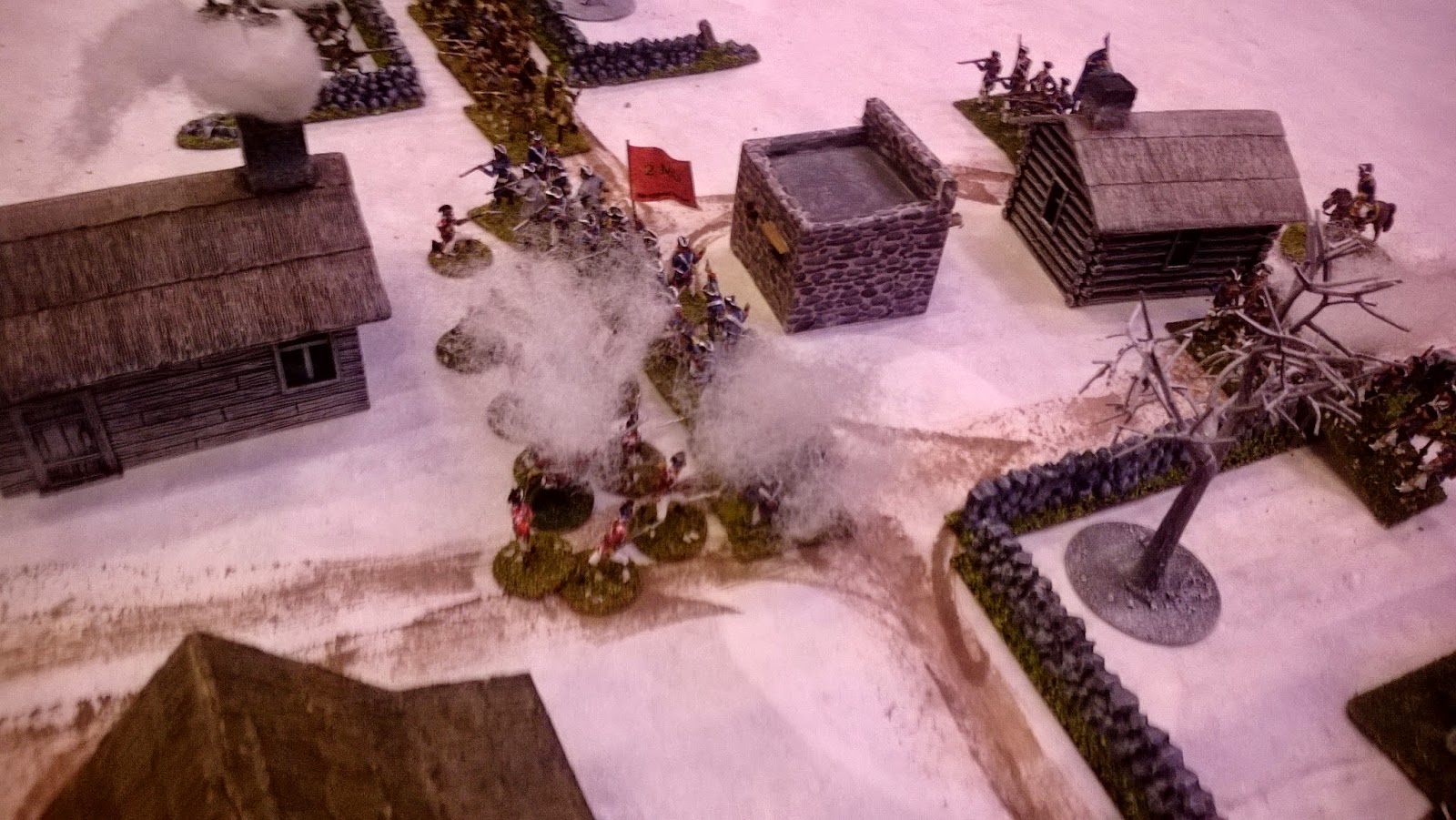 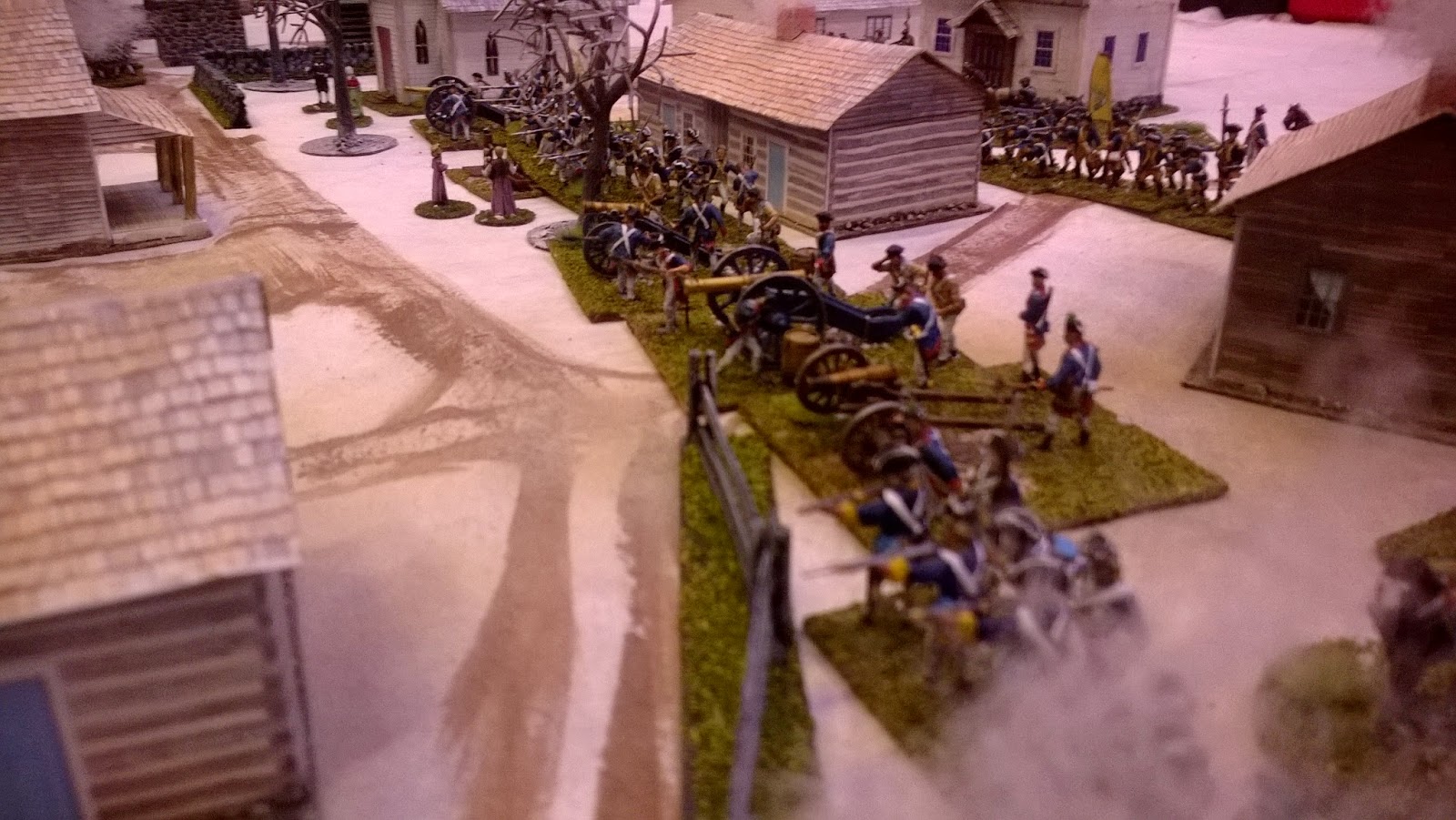 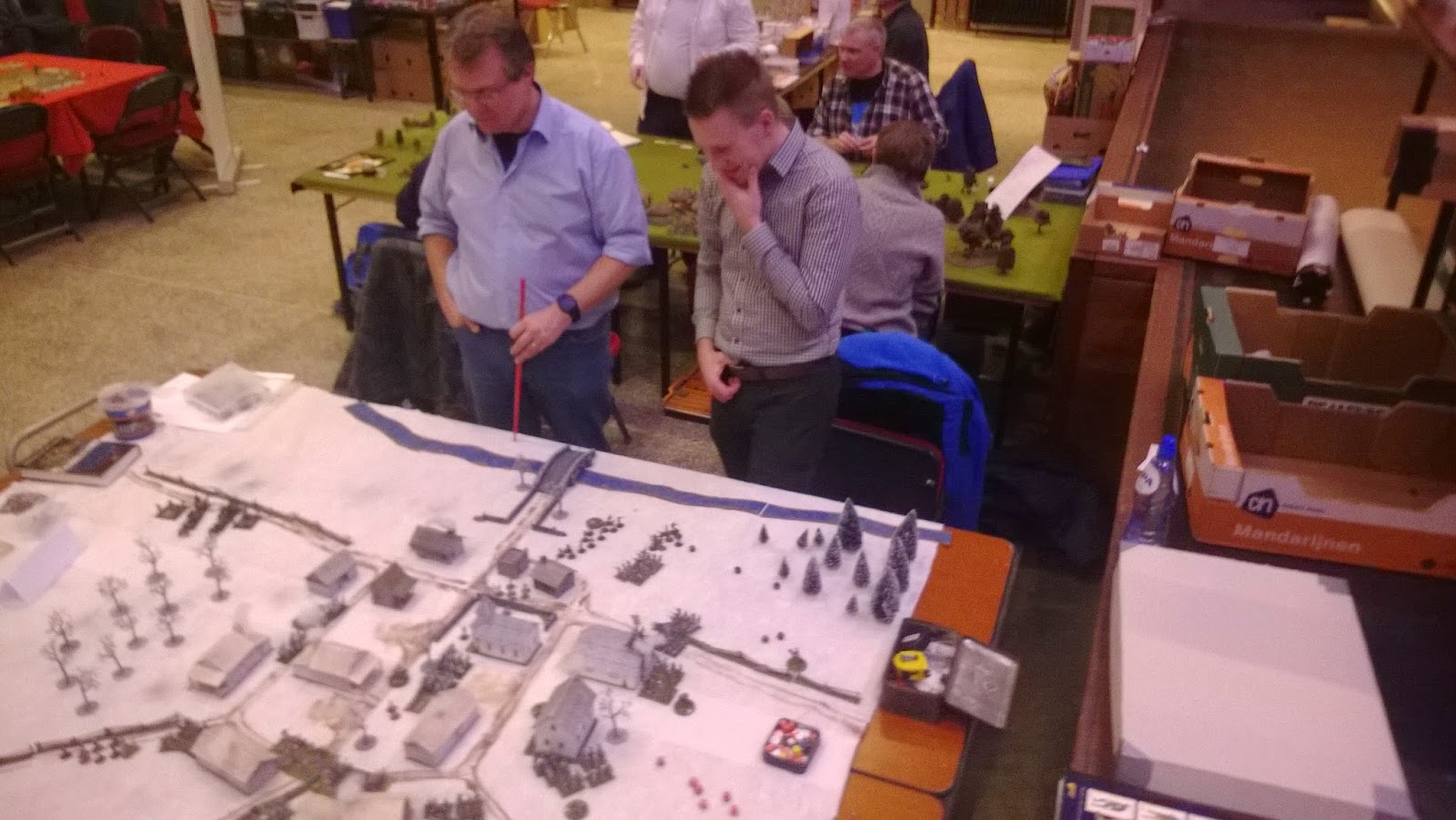 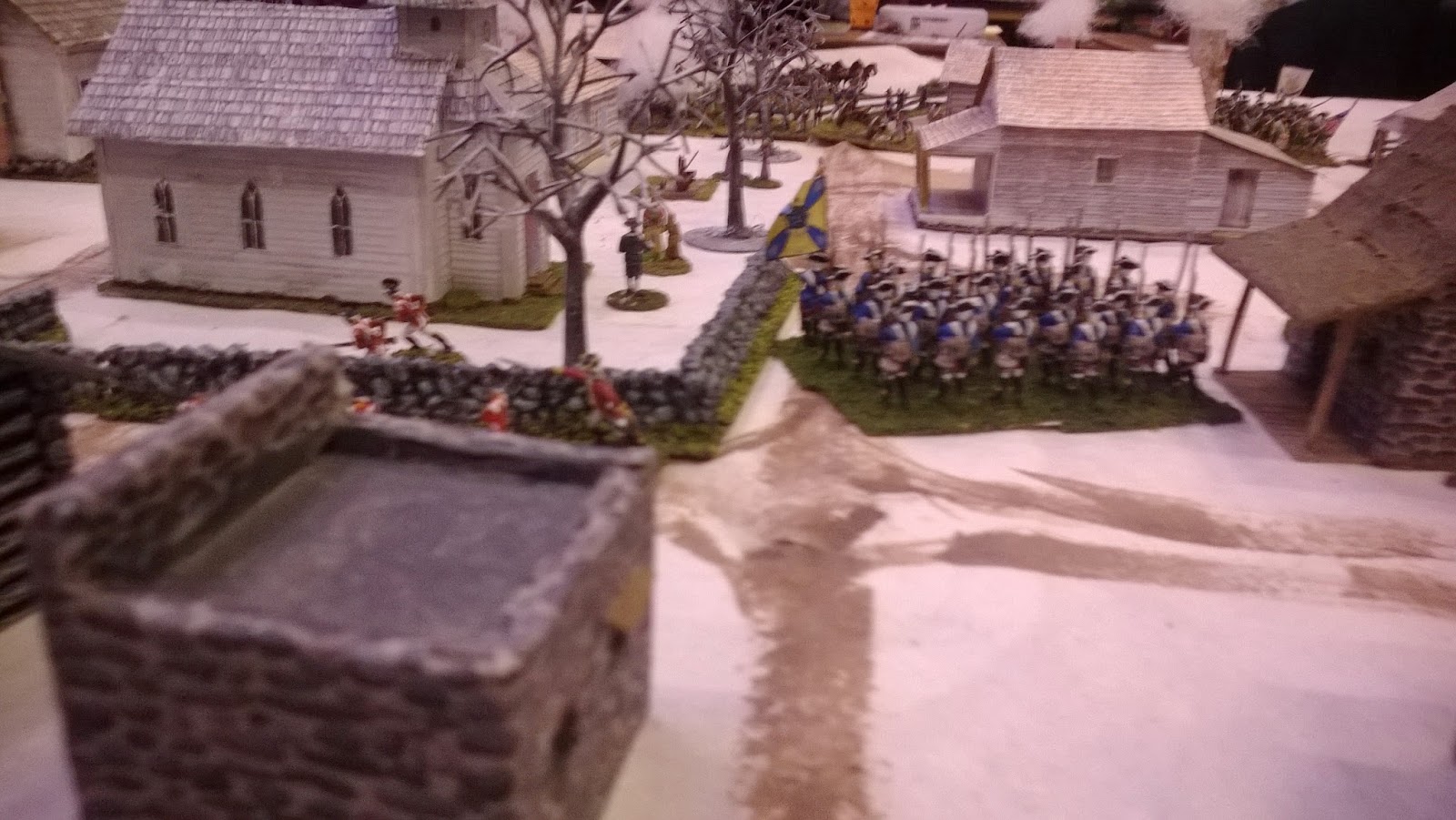 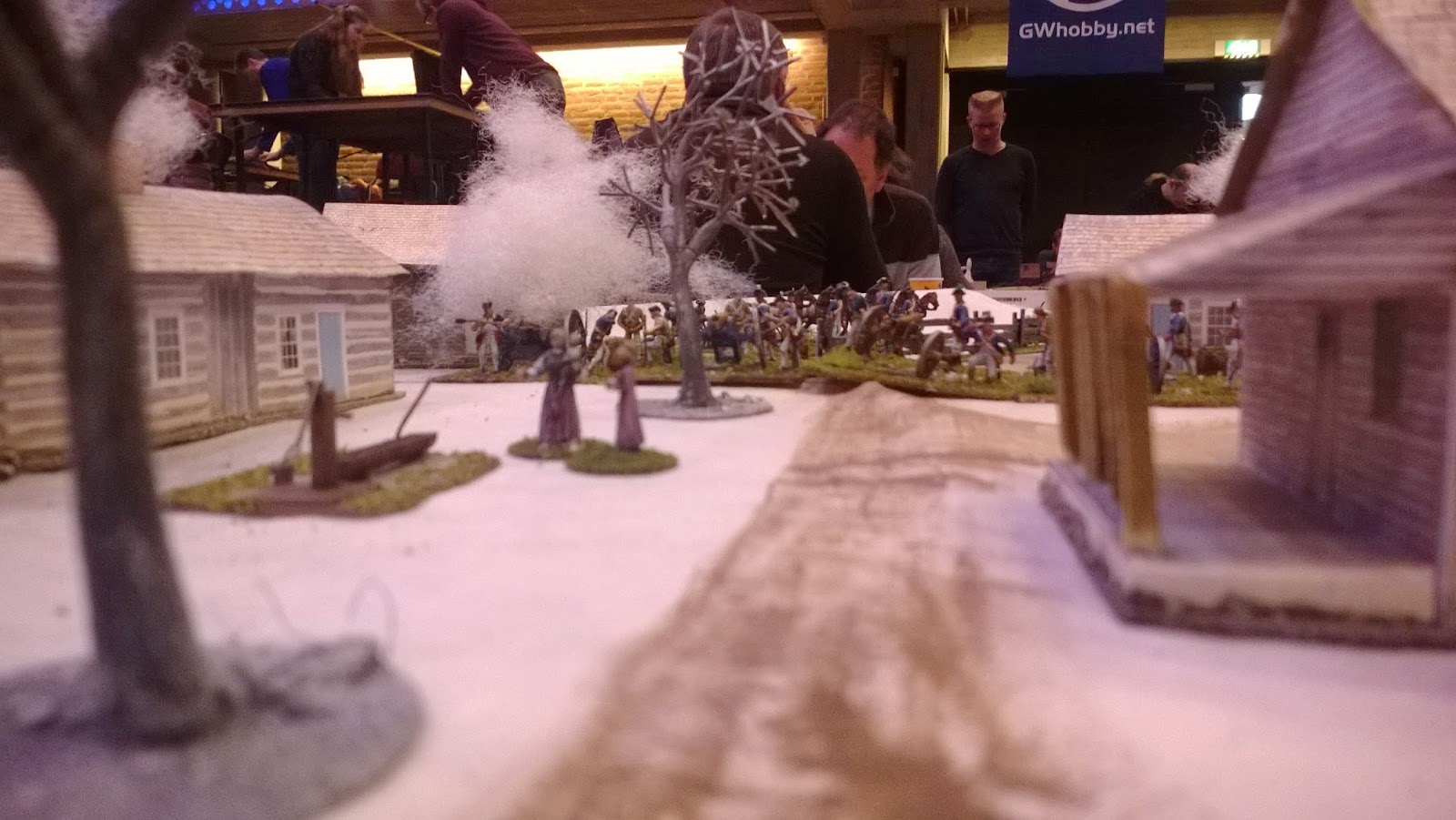 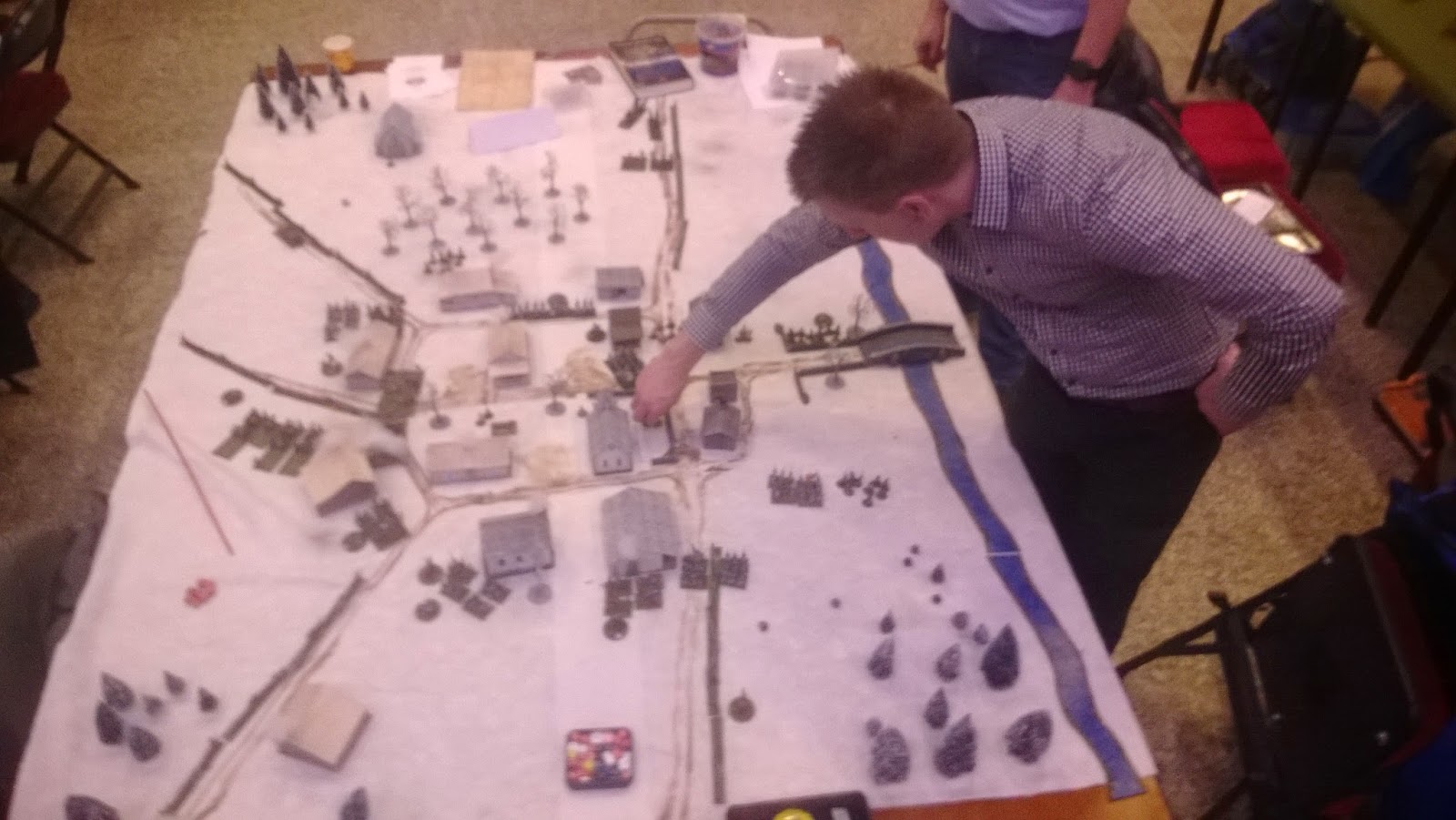 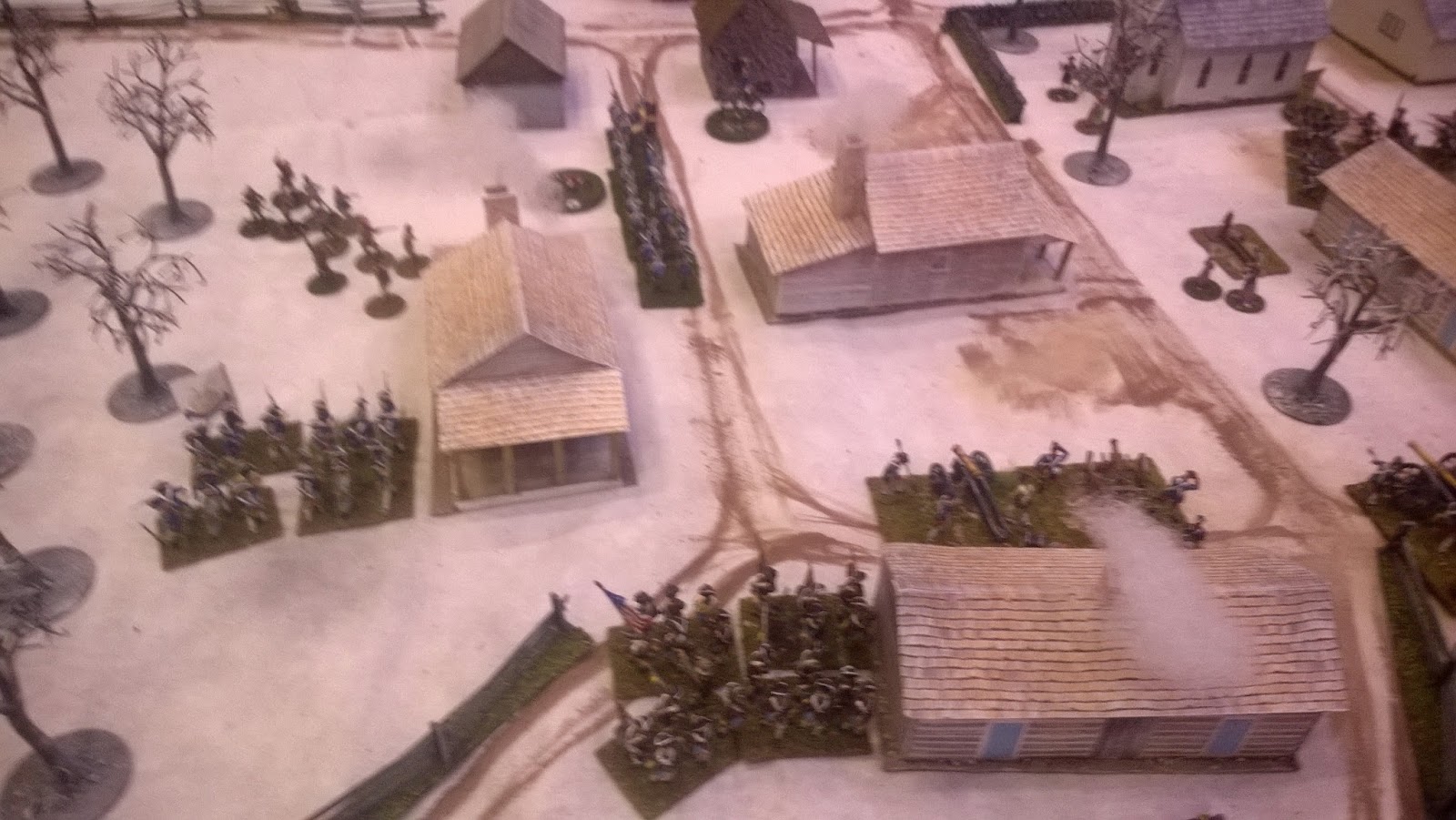 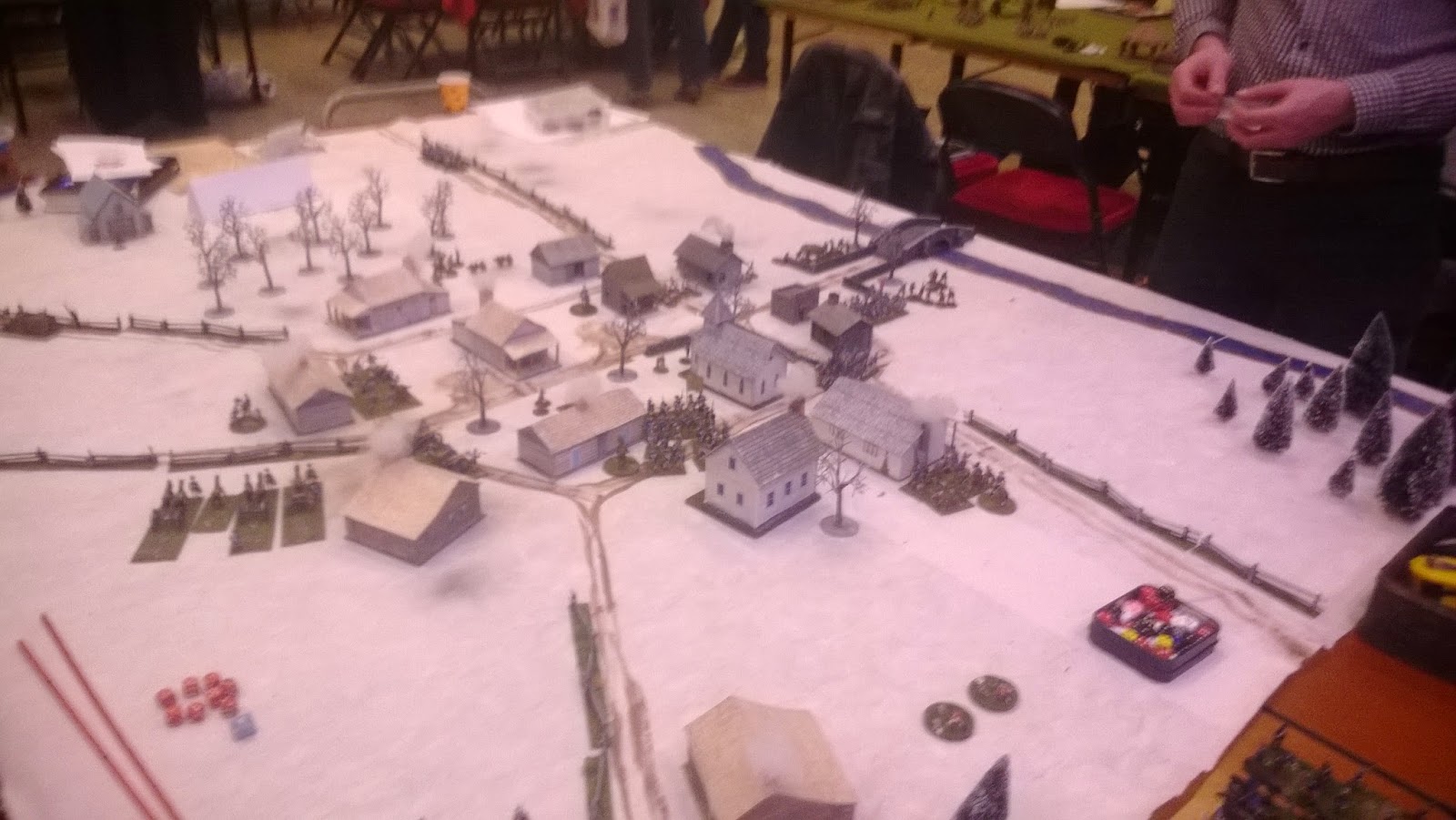 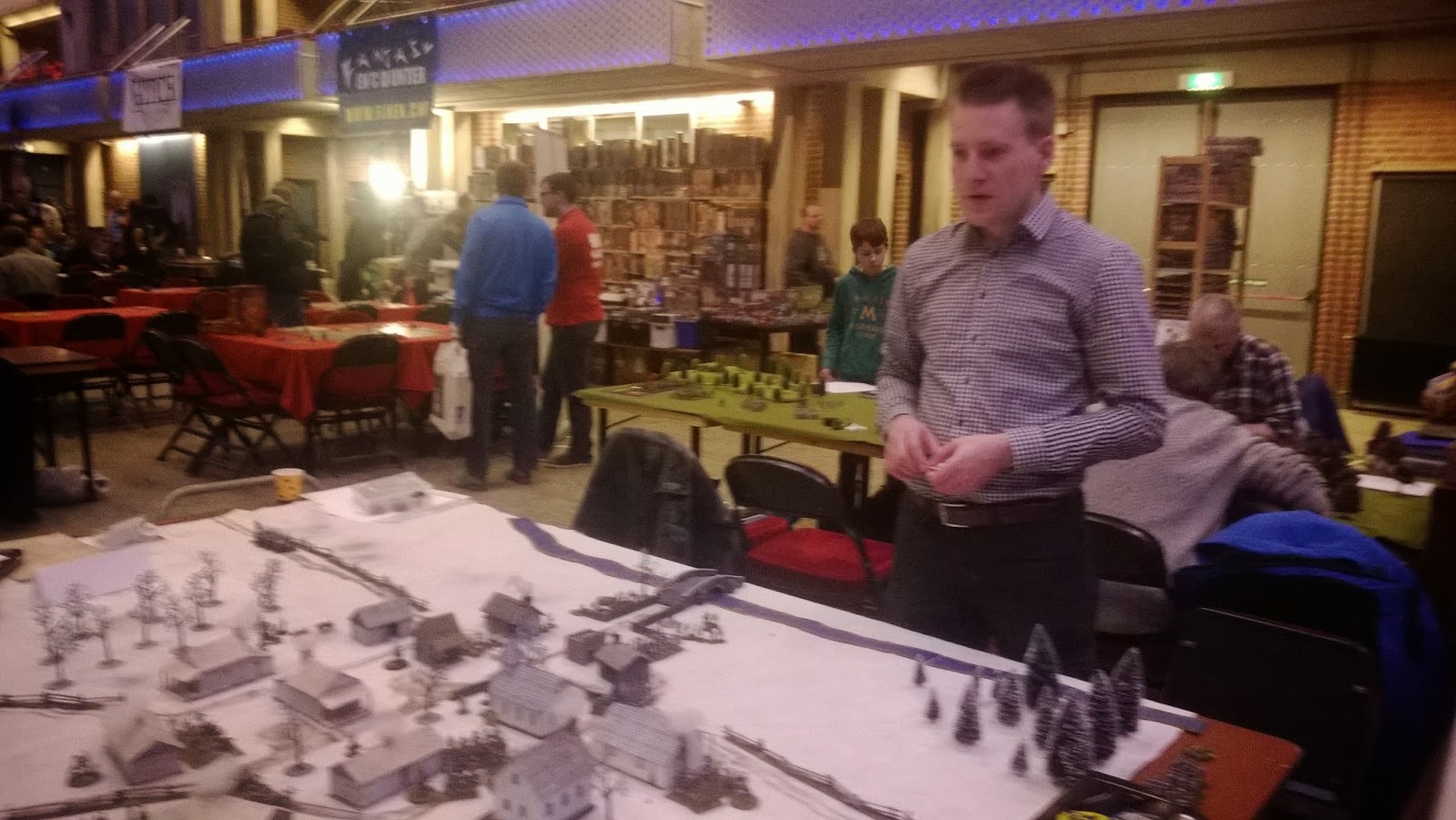 OOB as used in the game:

Thank you all for getting my blog this far!
Geplaatst door Pijlie op 6:22 AM 2 comments: