The bridge/roof of the deckhouse can be removed and is fastened with magnets. 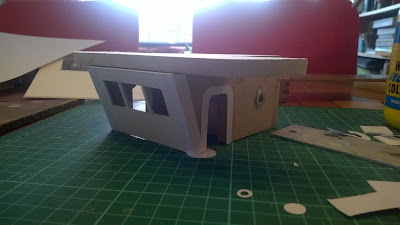 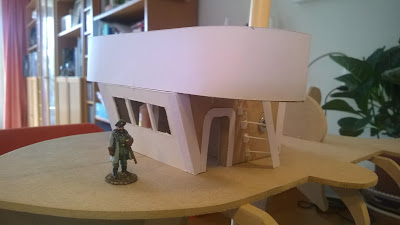 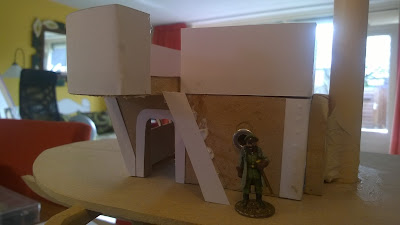 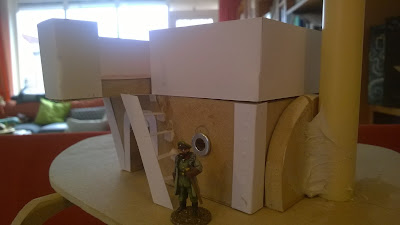 Having finished the deck house, I started filling in the hull plates between the ribs of the hull. I used foamboard as this is light and sturdy and doesn't easily cave in when held. 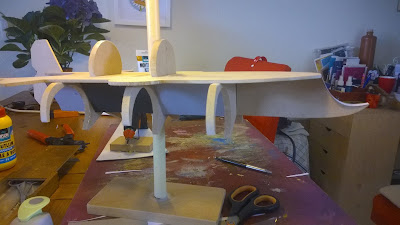 See the ram bow taking shape, being built up around the MDF core. 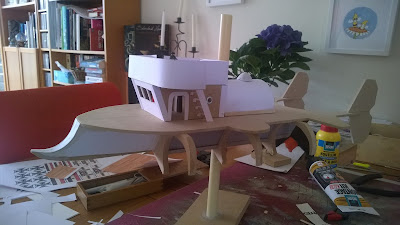 Boiler and engine room as well as the axles that will end in the engines at the tips of the wings. The engines will also be held in place by magnets, as to enable easy removal for transport as well as tilting them. 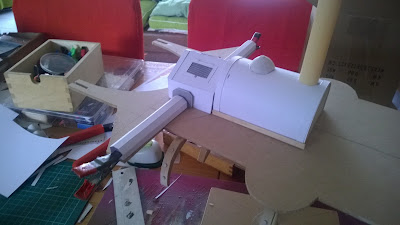 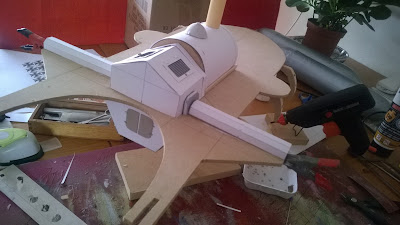 MDF and paper really soak up paint, so you have to prime the stuff before painting to avoid wasting lots of good paint. 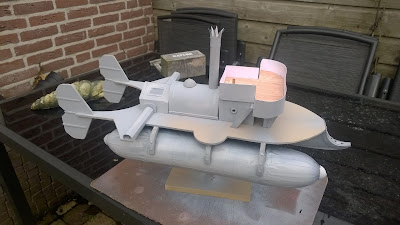 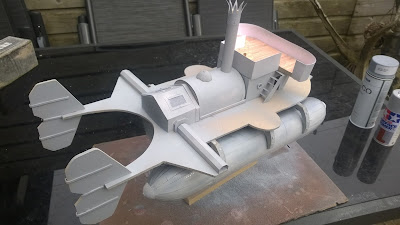 I tried out contrasting colours for the gasbags. I like it. Note the gun shields taking shape and the magnets for the engines in place at the ends of the wings.


The guns are from Honourable Lead Boiler Suit Company. One should order from them because of the name only, actually, but their naval weapons are top notch.

As a response to the British Aphid class aeronef gunboat, Walkure will feature modern gun shields (a fancy novelty shunned by the Royal Navy) and armoured gun positions to protect the gun crews.

The deck is downloaded wood plank pattern and print. Not as pretty as engraving, but looks good and doesn't take much work. 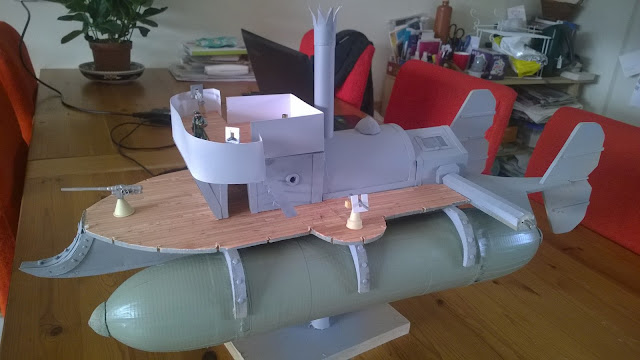 The standing parts of the railings, drilled and cut (in that order). 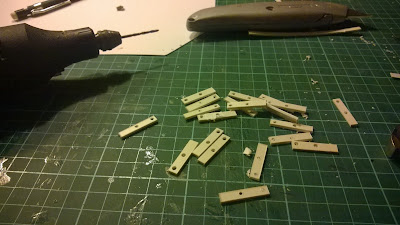 Glued into slots in the deck. 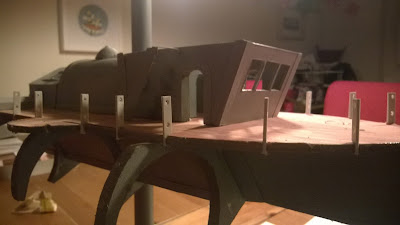 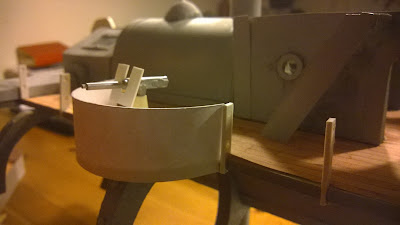 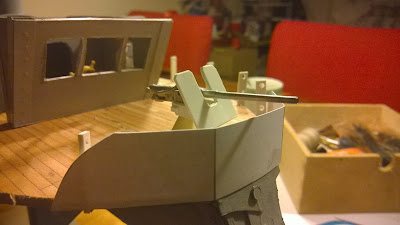 Elastic string (stay good friends with the local haberdasher) will result in railings that always and easily stay taut (with a drop of glue at the right places). 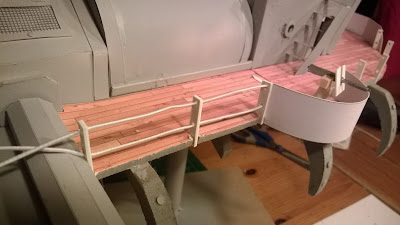 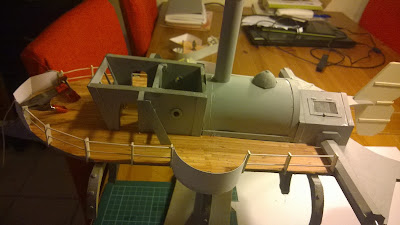 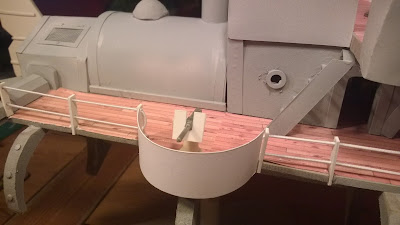 And here Walkure is so far. All the larger parts in place, now is the time for detailing. Stay tuned for Part 3! 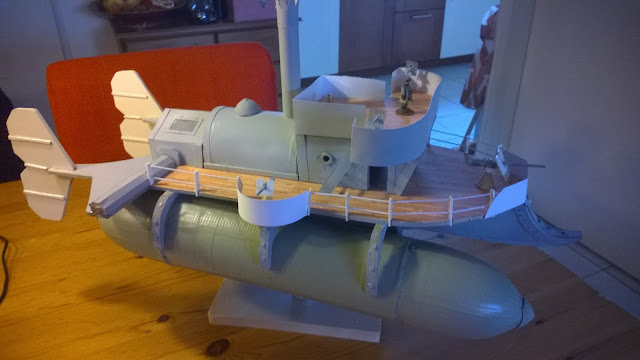