Since a very enjoyable amphibious game some weeks ago I played with the idea to make some custom terrain for just such a scenario. Finally finding some time I came up with this: 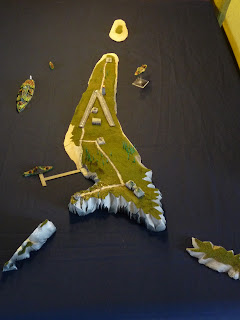 The overall layout of the island inspired by some episode of "Coast" ;o)  The beaches (sand-coloured bits) offer possibilities for an amphibious landing. Fir forests and high ground enable cover and reach for the defenders. 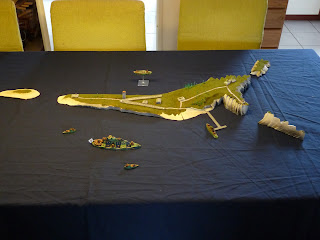 Some small sub-islands were added to create some more interesting possibilities for using the terrain for cover. 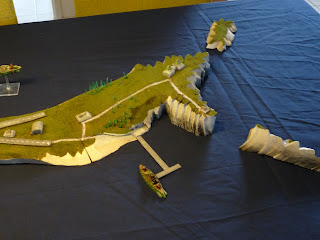 The harbour and the highlands. Note the fir trees. 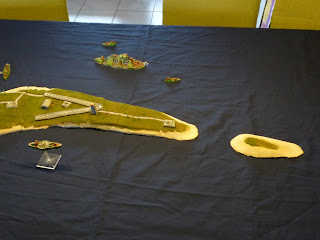 The low point and the airfield that makes the island strategically important. 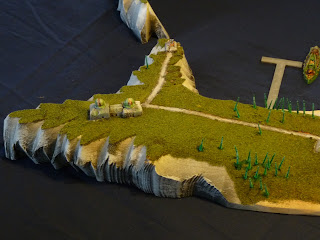 Detail of the heavy bunker with twin heavy gun turrets placed on the highest point of the island. I used the spare energy turrets that came with the Covenant dreadnought moored offshore on the picture below. 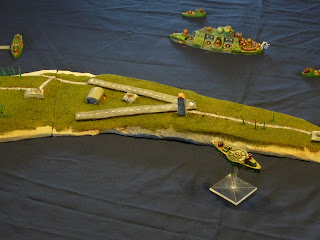 Detail of the airstrip. 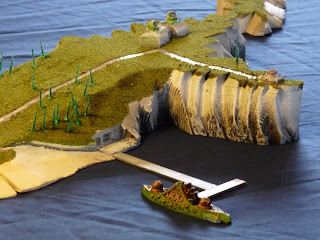 Detail of the harbour and its subterranean shelters and warehouses with the heavy bunker in the background and a smaller AAA bunker on the rocky point to the right. A moored cruiser for scale.
Geplaatst door Pijlie op 3:28 PM 2 comments: