Tomorrow's War: are you ready for it?

Is there life after Warhammer 40K? Are there  any other relevant SF rulesets for the forward-looking wargamer? |Actually: there are quite a few. Let's put the spot on my favorite: Tomorrow's War by Ambush Alley Games. 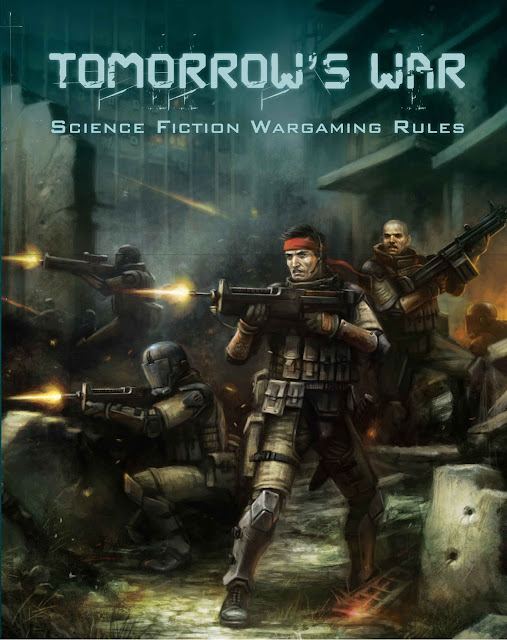 TW is a "hard" science fiction ruleset wherein players control several 6-10 man squads and/or vehicles. The "science" is the result of extrapolating known scientific data. That makes the weapons, tactics, vehicles and terrain resemble what we might encounter on the modern battlefield, but without the boring constraints of reality. This offers the opportunity to work with robots, AI drones, Mechs, anti-grav vehicles, spacesuits and the like. 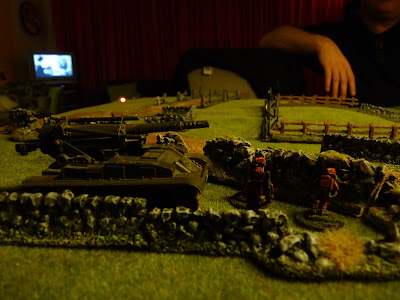 "Oh, just more fluff." I hear you say. Well, no. TW does offer a lot more than that. Of course there is fluff. TW offers a complete timeline where humankind is inventing exciting things, travels through space and forms new factions to start all sorts of interesting wars on distant planets. But you need neither fluff nor "official" figures to play TW. Anything goes as a matter of fact. These rules will carry a multitude of backgrounds and provide some real surprises. 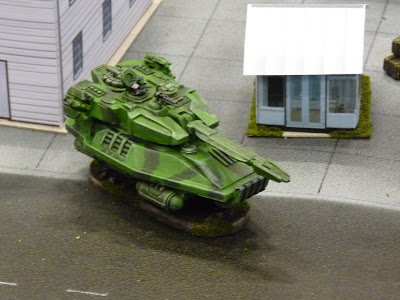 Because TW does away with a whole range of wargame traditions. The traditional order of turns is the first to go. Instead of IGO/UGO we have the Reaction System. A dice roll determines the Active player, who is the first to Activate a unit. As soon as the first unit is Activated and its Action is announced the opponent, the Passive player, however, turns out not to be so passive at all! 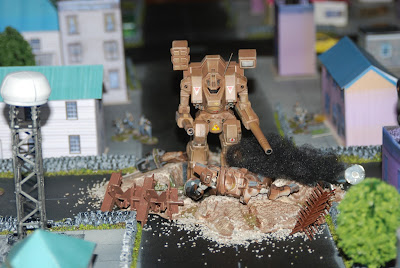 As soon as the Passive player can observe an enemy unit, he may react. Reaction Tests determine whether the Active or the Passive player may act first. These (re)actions in turn may provoke reactions by other Active or Passive units, until there is no one left to respond to someone and the Active player resumes the normal order. This gives a smooth and dynamic string of events in which players constantly interact with each other. No more waiting until your opponent is ready. Keep your eyes peeled and jump him! 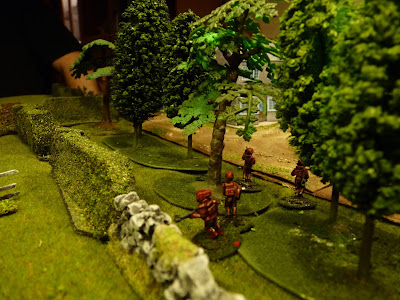 Have you always disliked measuring weapon ranges? No more, since in the future, what you see is usually what you (can) hit. And now that speed and firing range are no longer connected, you can play with figures of any scale. Only throwing things (grenades),  and movement require measuring. Of course I went completely 1/72, which shouldn't surprise anybody that knows me. 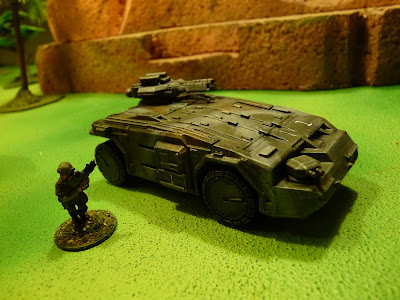 Tired of all those D6s? TW uses all kinds of dice from D4 to D12. They are also indicative of the quality of the units. Delta Force commandos roll D12s, green militias just D6s. Since they have to roll the same results for shooting, Reaction Tests and moral tests you can imagine that elite troops are deadly and tough compared to green troops. Rolls are made against a minimum score and opposed to opponents's rolls that can be made for cover, range, troop quality and so on. It seems complicated at first glance but during demo games even the very young players picked it up easily. 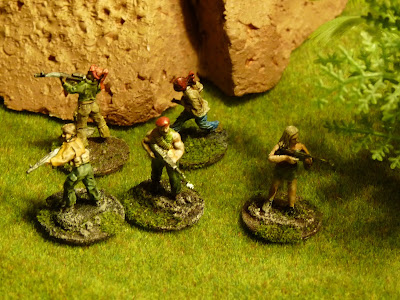 This, obviously, does not sound very balanced. Nevertheless TW does not have a point system. The intention is to create and play scenarios with either equal amounts of the same force, or -a lot more interesting and therefore fun! - very unequal amounts of very unequal forces. The rules offer several tutorial scenarios as well as full blown game scenarios that offer both great challenge and inspiration for writing new ones. These tutorials are a nice touch. While reading through the rules you will encounter some that address specific parts of the rules, like fighting with tanks, fortified positions of Battle Armour. 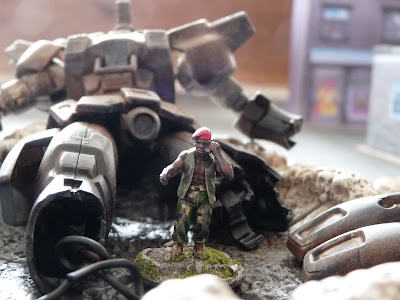 The main game mechanism translates easily from man-to-man combat and firefights to vehicle combat and indeed the set encompasses all these aspects of ground combat, including close air support, off board artillery, drop ships et cetera. A nice touch are the Fog Of War cards that can be used to mess up your battle plan some more by introducing random (dis)advantages to the battle after preparation but before the game starts. Besides the 4 tutorial scenarios the book contains 5 full blown scenarios that can be played as a campaign or separately. There are army lists for several factions described in the game's fluff and a lot of troop types, equipment and OOB's are provided for immediate use or inspiration to create your own. 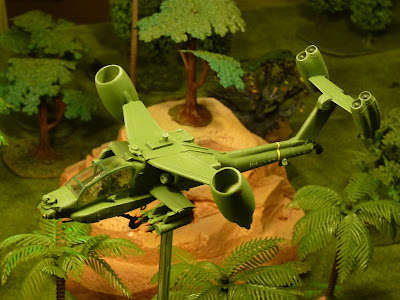 All this is beautifully wrapped up in an attractive full-color hardback of some 200 pages.

Is this a perfect ruleset then? Well, no. There are some minor gripes. The rules occasionally refer to other rules that haven't been explained yet. This can be confusing. There is no Quick Reference Sheet  (but this can be downloaded).

The Reaction Rules take some VERY careful reading and trying-out to fully get your head around them, as seems to be other's experience as well. However, once having done that, they are actually quite simple and very rewarding!

Due to the fact that you are supposed to learn the rules by playing the tutorials in sequence the rules are distributed throughout the book to facilitate that.  That does not always seem very logical and makes them hard to find sometimes. Fortunately there is an index! 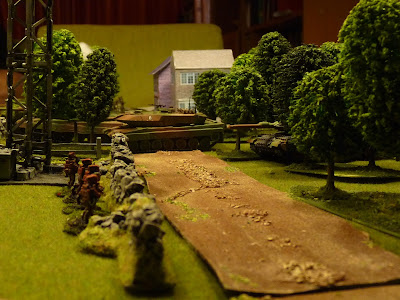 And especially annoying for my 50-year-old eyes; the entire book is printed in dark grey font on grey pages. Not a happy choice as far as readability is concerned. The Future of War may be dim, but damn you need some good light to read about it! 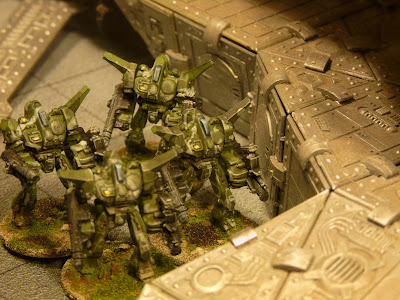 There is only one race of Aliens mentioned in the TW core book (which feels a bit "bolted on" to be honest), but you will encounter a lot more of them in the nice expansion book titled "By Dagger or Talon" covering the invasion of the Darghaur (more fluff) and containing generic rules to create your own aliens in all shapes and sizes. As well as cool stuff like bionically or genetically enhanced human soldiers, alien allies for the human race and scenarios depicting the battle for Glory, the first human colony to be hit by an Alien Invasion!

Despite its quirks, this game is strongly recommended for those looking for a modern/Sci-Fi game of tense and dynamic ground combat!