While one can add details indefinitely I think the airfield is game worthy by now. I added windows in the roof , highlights on the concrete runway and the walls and an interior office. A fuel truck and some random cars were added for couleur locale and furniture is a mix of cardboard papercraft and plastic scratchbuilt and dollhouse stuff. 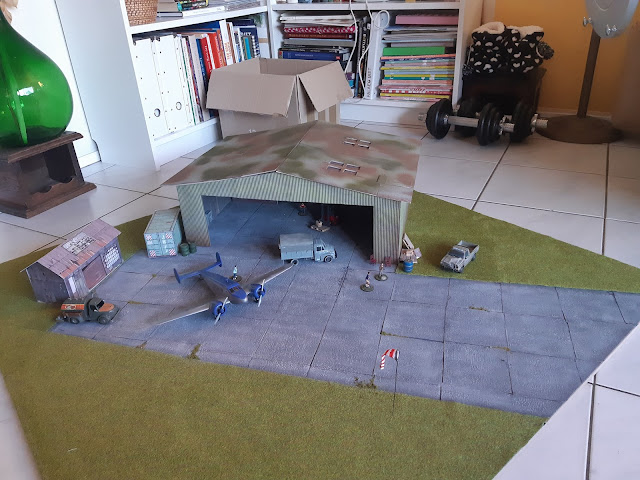 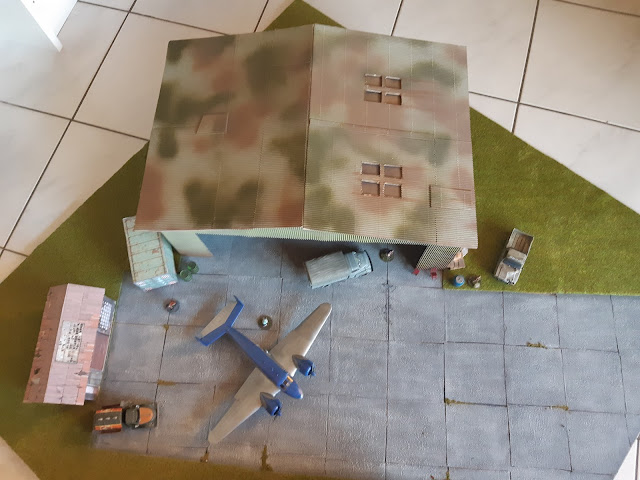 The roof lifts off to enable gameplay inside the hangar. 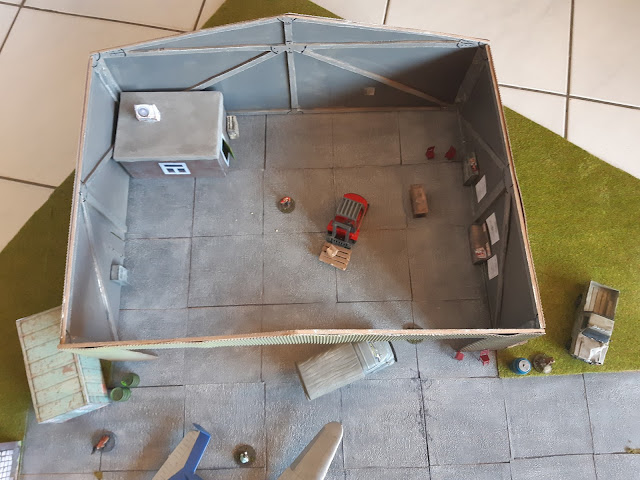 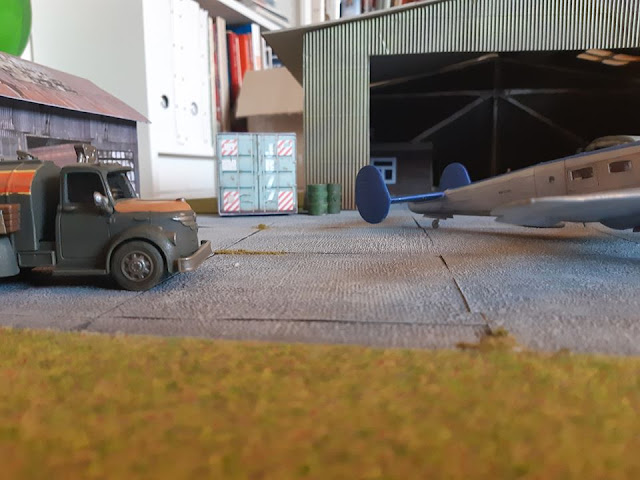 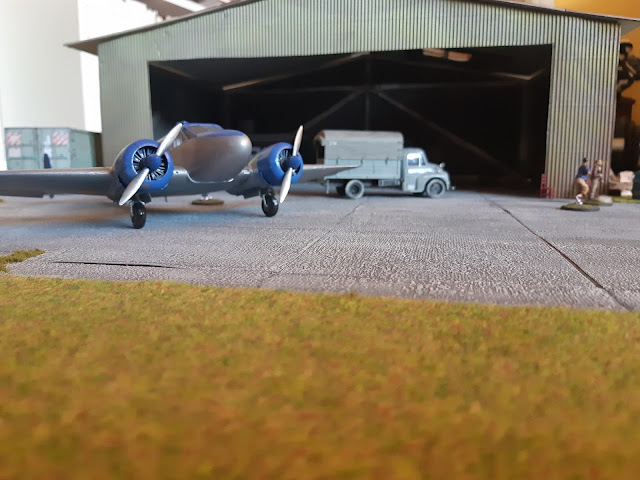 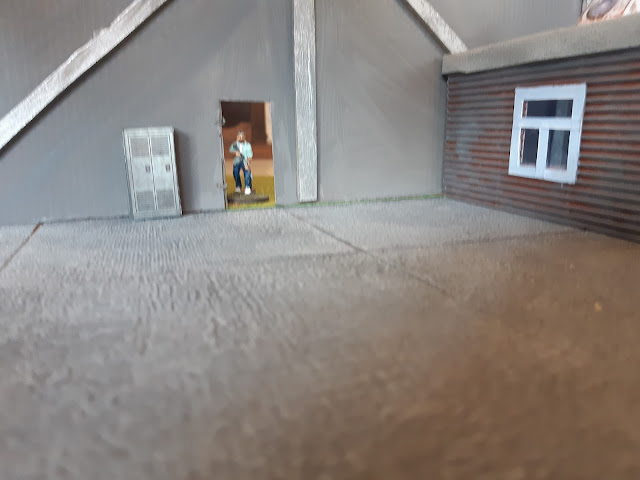 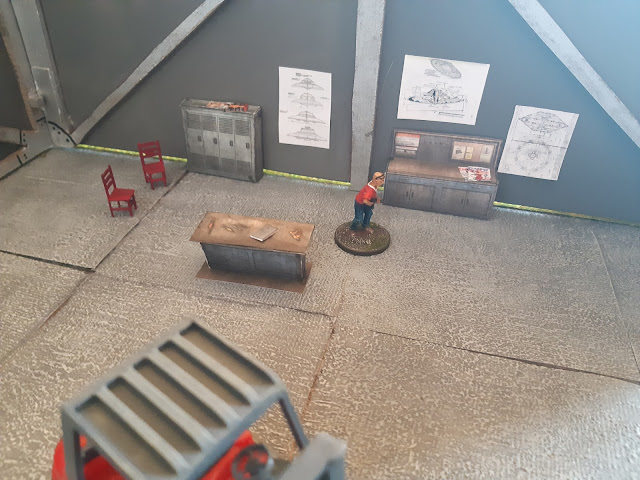 Above in the upper left corner you see the magnet holding the building together. 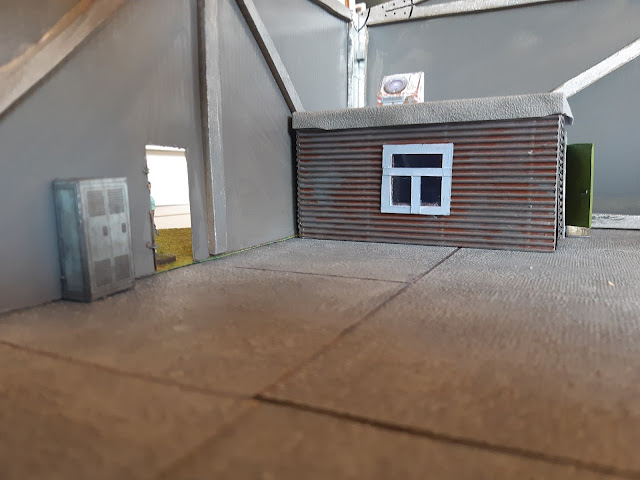 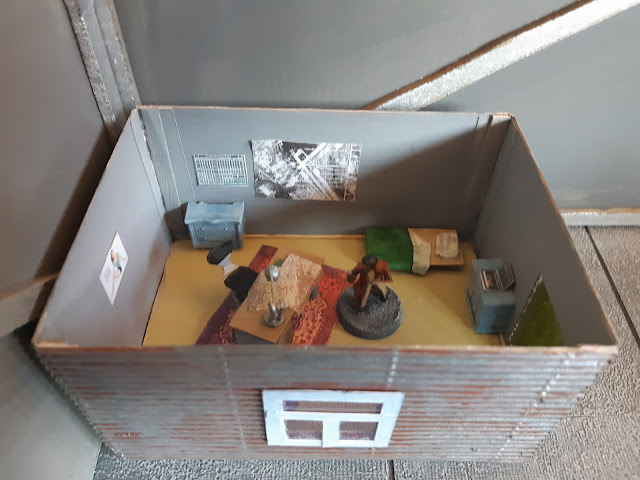 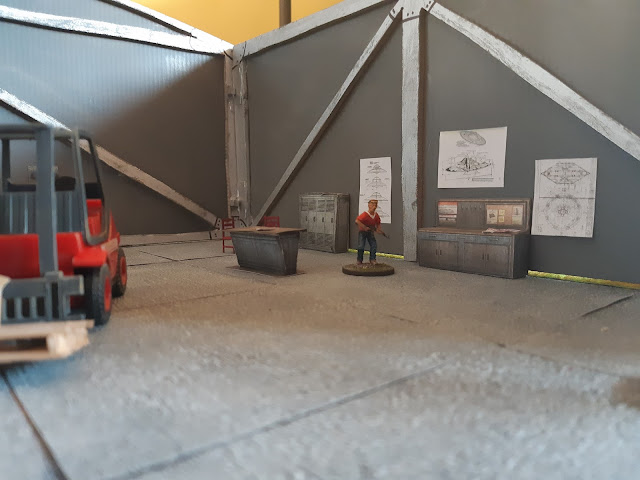 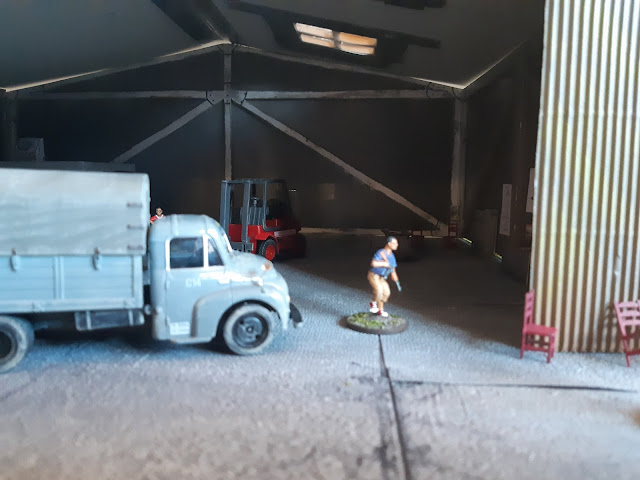 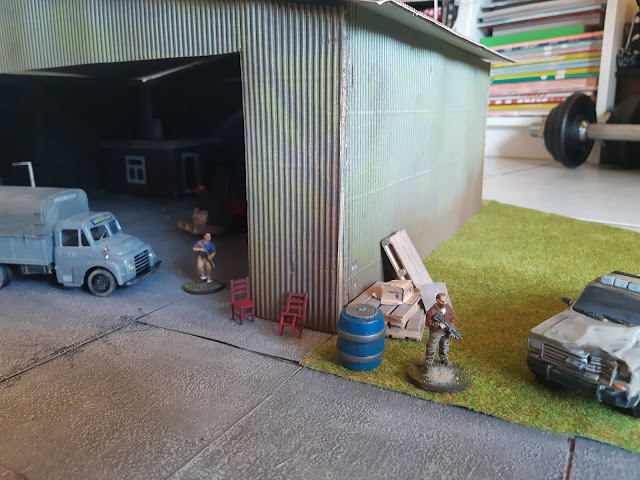 And last week my Cthulhu: Death May Die Kickstarter arrived. Sneak peek of how excellent these figures are and scale with 28mm Moderns. Now for my first Delta Green game.... 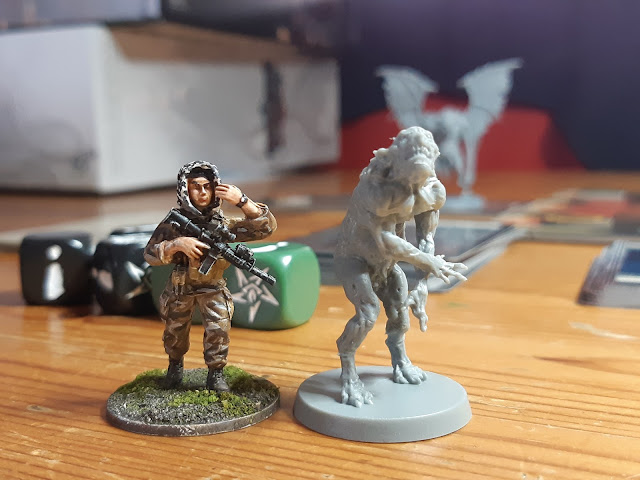 For this Ghoul I am thinking about the following Spectre Operations Stats:
Move 8"
CD 5
AG 6
SG 0
DC 4
ME 6
Armour -2 Lethality due to unnatural resilience
Combat either +2 or 2 dice and pick the best
Existential Terror: Before making a shooting or combat action against a Ghoul, the model must pass a Command Test with a +1 modifier. If the test is passed, the model may act normally. If the Test is failed, the model is frozen with fear and counts as being stunned for the remainder of the turn. Additionally, if a 6 is rolled the model is automatically Routed as he loses his sanity.
Ghouls are usually automated moving terrain. They will enter the table as indicated by the scenario and move toward dead, incapacitated or wounded figures in that order and drag them away. They will fight/attack only when cornered (their escape route is blocked by players) or to defend prey. Always assume Ghouls in the vicinity of modern combat to be desperately hungry. Ghouls suffer Suppression as normal as long as they are not in b2b contact with prey. They will flee with prey when possible in any case. They will not voluntarily give up prey once in b2b contact with it and become immune to Suppression then.
Seeing a team member or civilian dragged away by Ghouls triggers a Suppression Test.
Due to their intelligence Ghouls can be Allied with (brrr) and used as figures. When prey is within Moving distance they will need a Test to do what the player wants instead of moving for the prey. Ghouls can not use firearms but will be able to use simple close combat weapons or tools.