Today we played a Border Reiver game based on GASLIGHT rules on the Ducosim game convention in Amersfoort. We managed three games before my voice and feet gave out (ouch) in which bands of Elliots, Musgraves, Armstrongs and Irvines slaughtered each other for a fine herd of cattle. Crivens! Chased on occassion by the Warden´s Hot Trod to spice up the game a little. Below are pictures of the table, players and figures involved.

Greatest Reiver of all turned out to be little Lucas, who won the game three times in a row!

Great thanks to Folkert and Luc for lending me their figures and terrain and to Folkert for helping me all day! 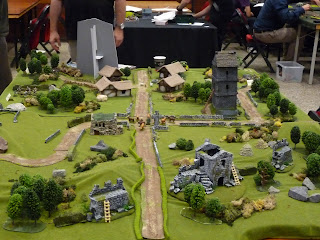 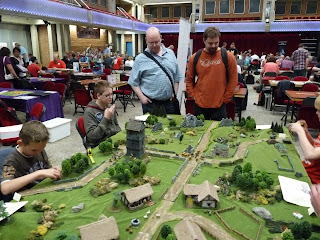 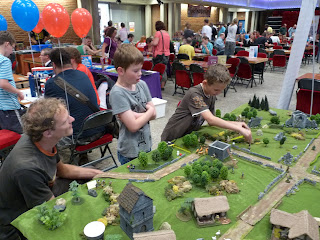 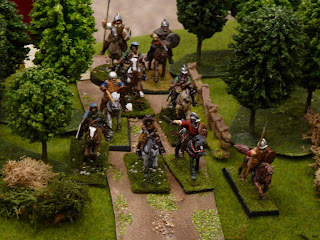 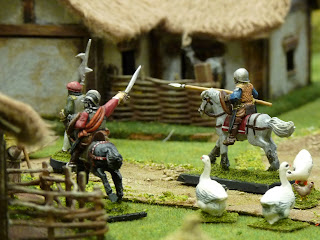 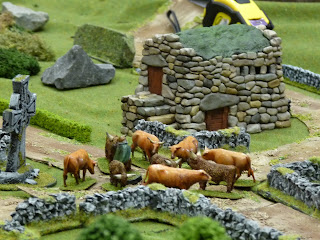 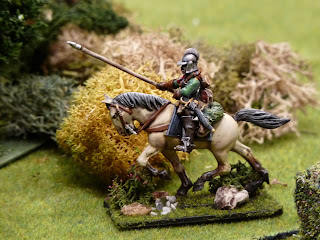 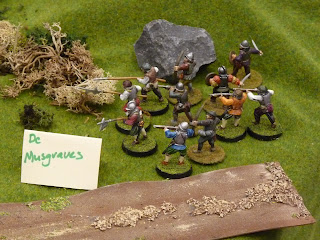 The Musgraves, one of the four Clans﻿
Geplaatst door Pijlie op 6:42 PM 1 comment:

For the pas few years the kids next door had been standing with their noses against the glass of the showcase drooling over my toys and games. So finally they had me promise them a game. With Robots! Being 6 and 8 years old, I had to adapt the rules somewhat and so they had a lot of fun destroying my giant robots with their giant robots. Twice.

Here are some pictures: 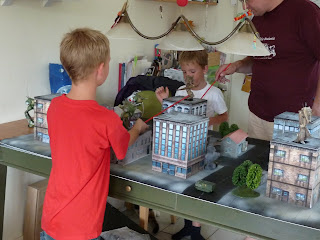 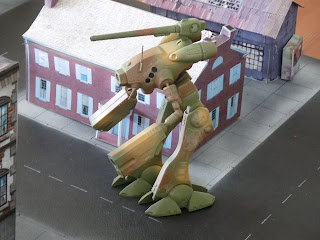 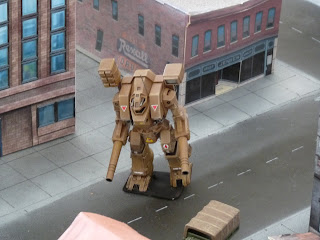 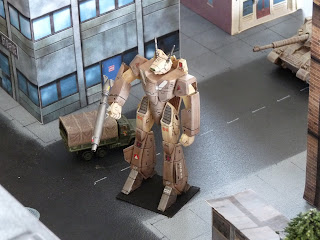 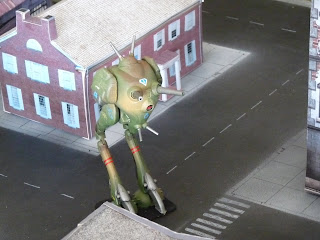 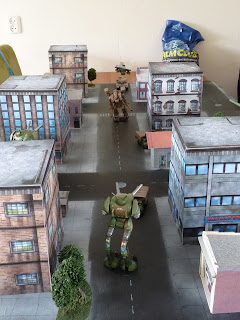 The models used were Arii plastic kits (the Glaug/Marauder still has to receive its decals) and Revell 20mm moderns, reinforced with some plastic toys. ﻿
Geplaatst door Pijlie op 5:30 PM 2 comments: