Originally I started collecting 18th Cnt figures to play the AWI with the Black Powder rules. These rules can handle a tremendous amount of figures and still (provided you have enough table space) produce enjoyable games. For nostalgic as well as monetary reasons I decided on 1/72 plastic, reinforced here and there with 20mm metals.

Over the years the collection has grown nicely and lately I have been expanding it into the wider 18th Century´s theatre of (fictional) war. Here are the latest additions: 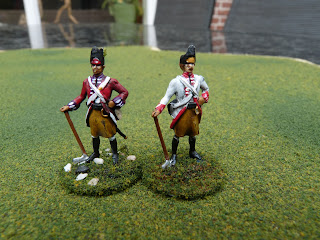 Notably absent in the Kronstadt game (I didn´t get them finished in time) are British and French pioneers. These hail from the Revell SYW Austrian infantry set and are simply painted in their respective uniform colours. 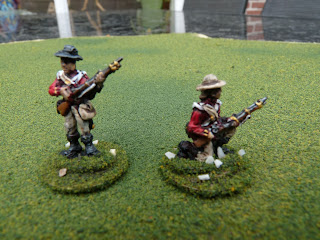 A very nice and interesting set by the much maligned brand Strelets is the British Napoleonic Light infantry from the Egyptian Campaign. Set at the end of the 18th cnt the figures are still quite appropriate (you will note that I am no purist) for the AWI. Here are two Light Infantrymen in hats, painted for the AWI. 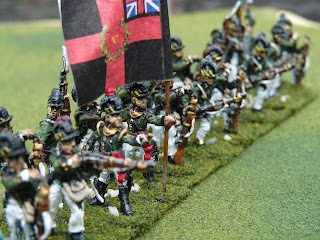 The other half of the set, including the officers, wears Tarleton helmets! These have become the British Legion. No one knows how the Legion´s infantry uniform looked, but I decided I liked it close to the cavalry uniform and these figures were perfect. Minus some shoulder wings here they are with an also fictional Colour. Being a Light infantry regiment, they would not have had Colours, but they look so much better with one. Don´t you agree? I thought you would. 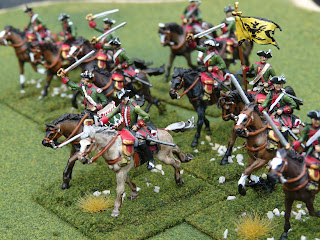 Finally the Revell SYW Austrian dragoons expand my cavalry options. Not needed for the AWI but an 18th Cnt battlefield would not look right without masses of horse. On order are more Zvezda GNW dragoons and Russian Napoleonic cuirassiers, the latter to be converted into SYW cuirassiers. So there´s more to come!
Geplaatst door Pijlie op 2:57 PM 4 comments: