A hundred years after the event we played the battle of Mons (well, a scenario of mine inspired by the battle) with the Black Powder rules that worked surprisingly well. The BEF was supposed to stall as long as possible and deny the bridges to the Hun, while the Germans were tasked with capturing the bridges and inflicting hurt on the small BEF.

Some pictures of the battle, played at Owen's place with 15mm figures. The dastardly Huns won on points, because the Eastern bridge refused to blow and those plucky Tommies stayed in position too long for a timely escape.... 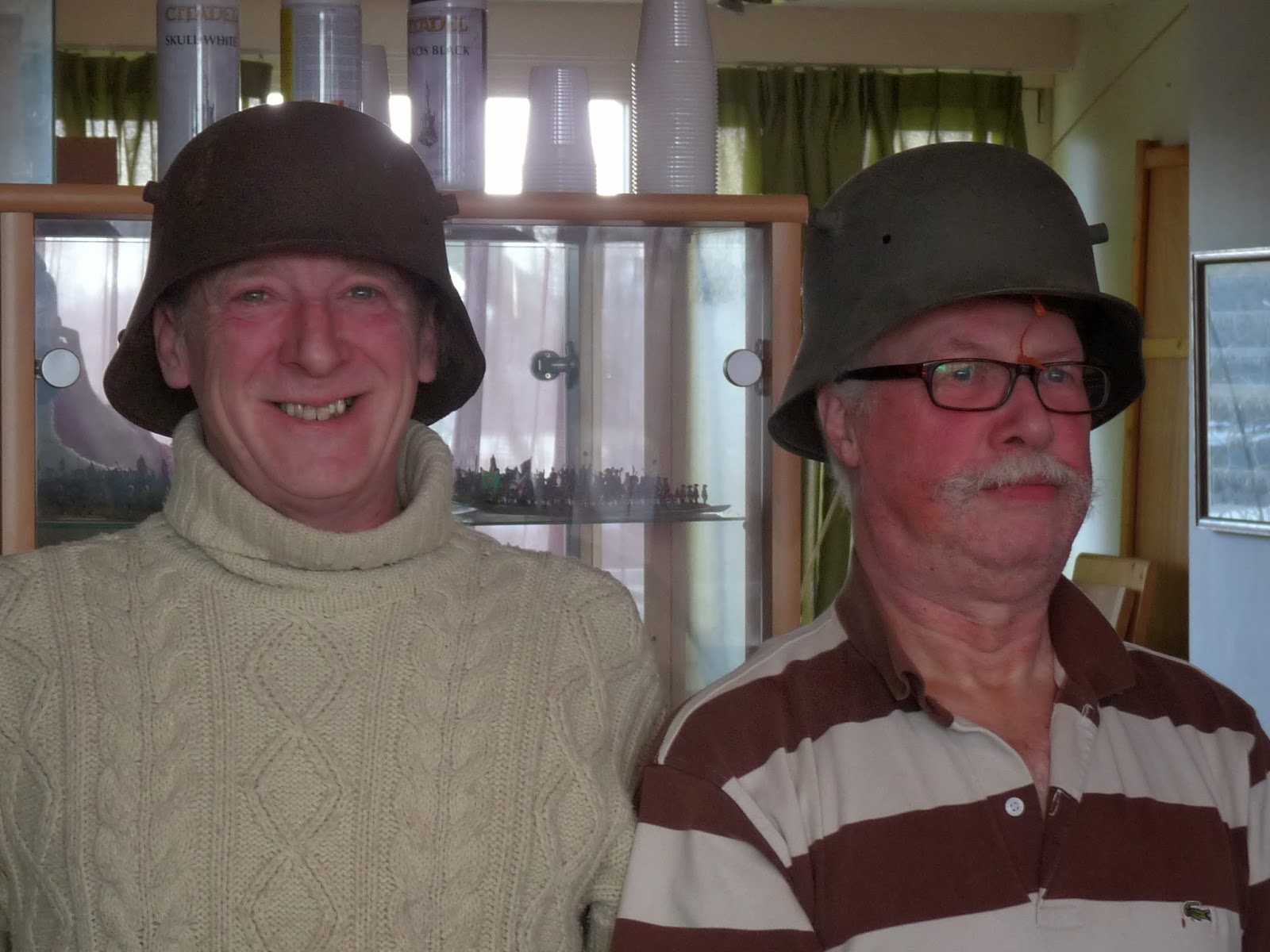 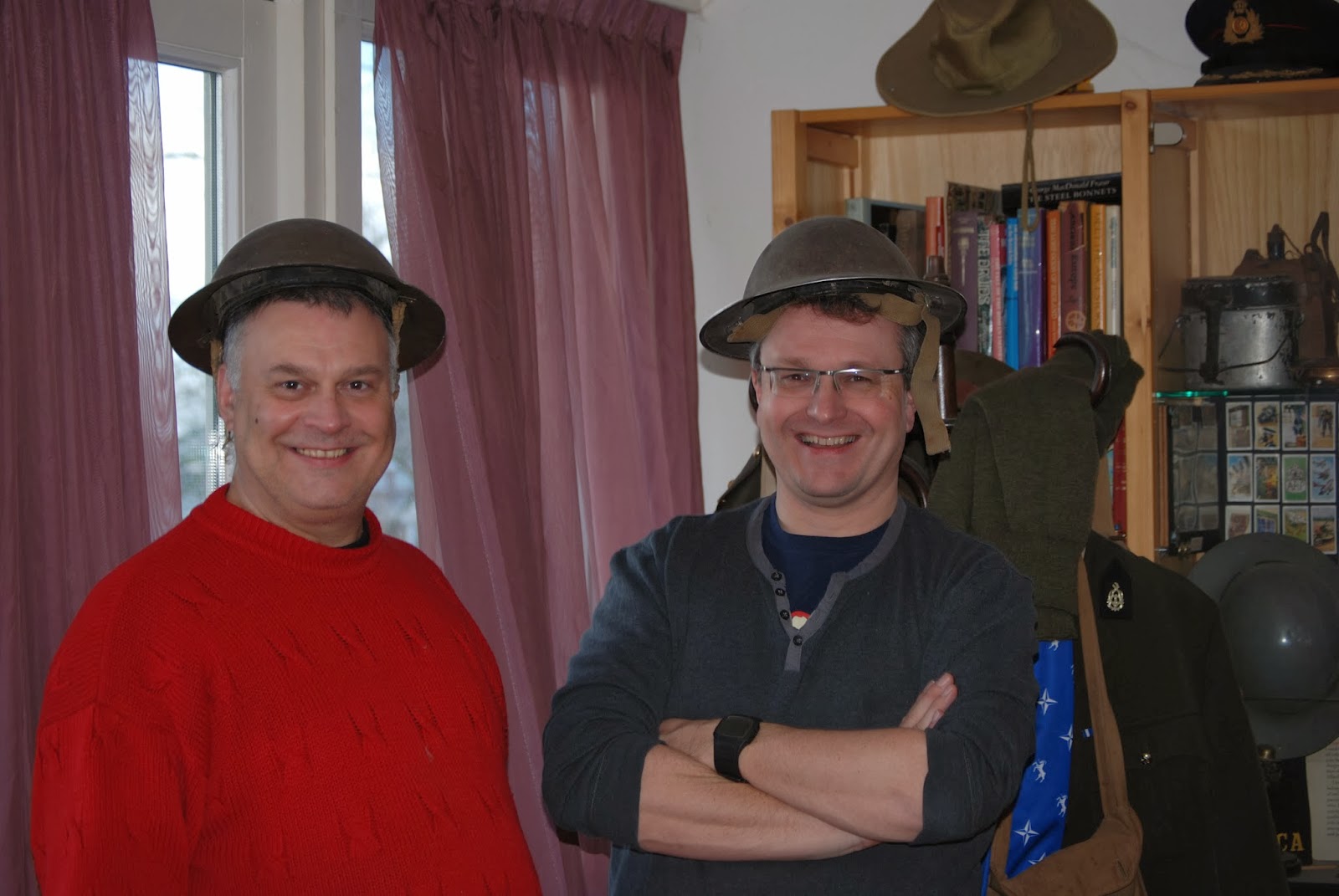 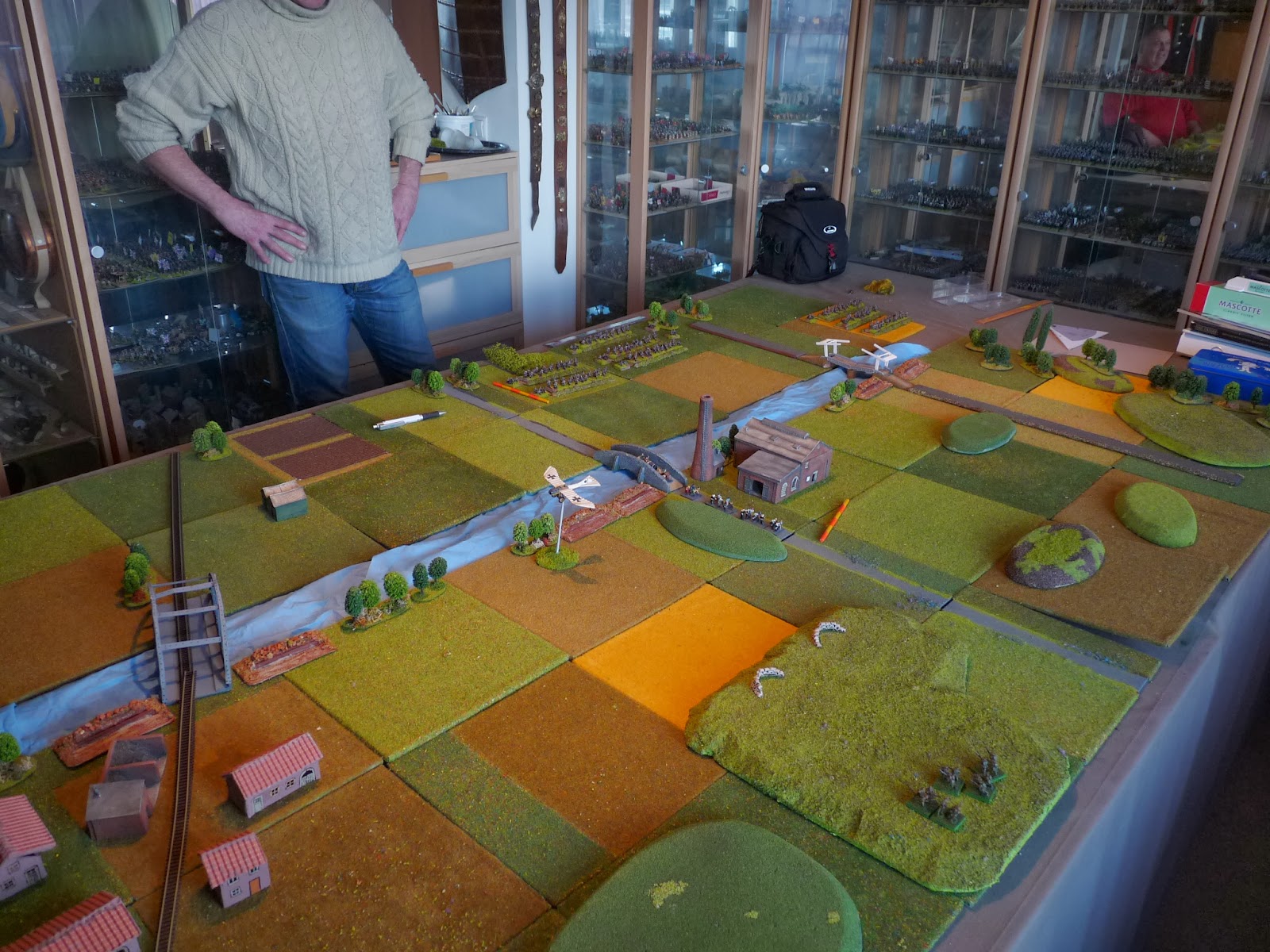 The battlefield, with the village of Nimy in the lower left corner 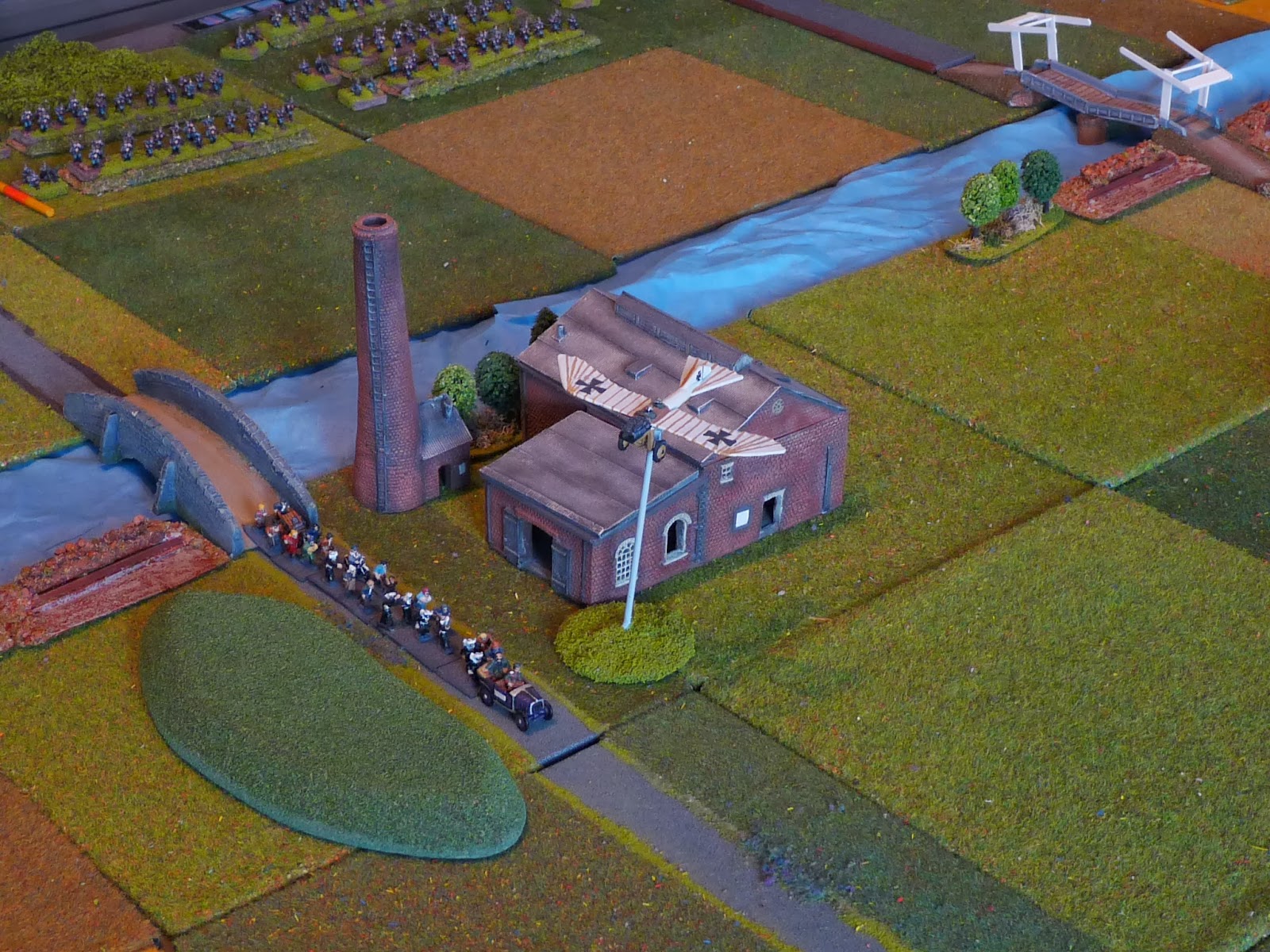 Belgian refugees flee before the Hunnish hordes. Lovely Taube plane made by Peter Pig and painted by Owen. 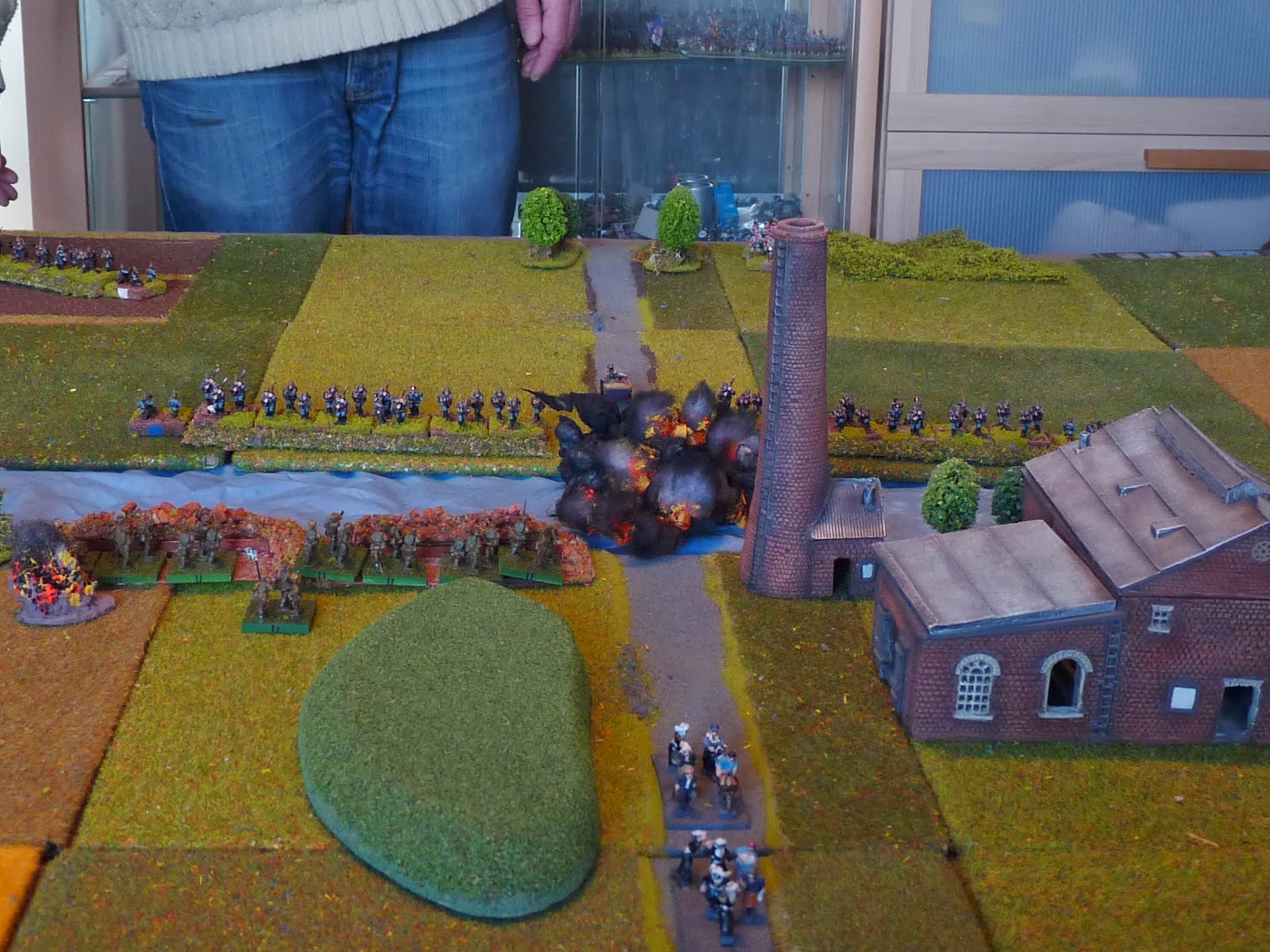 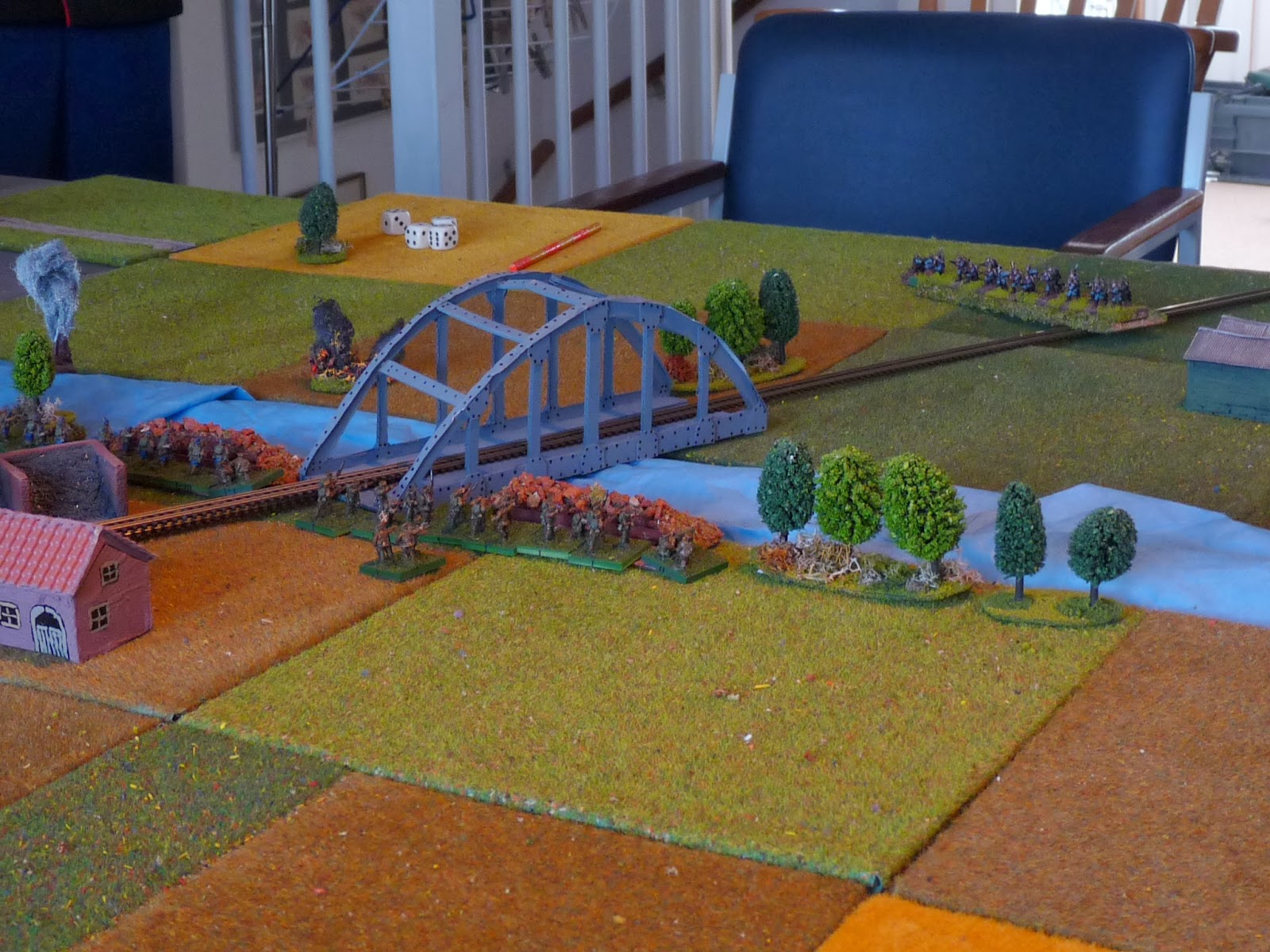 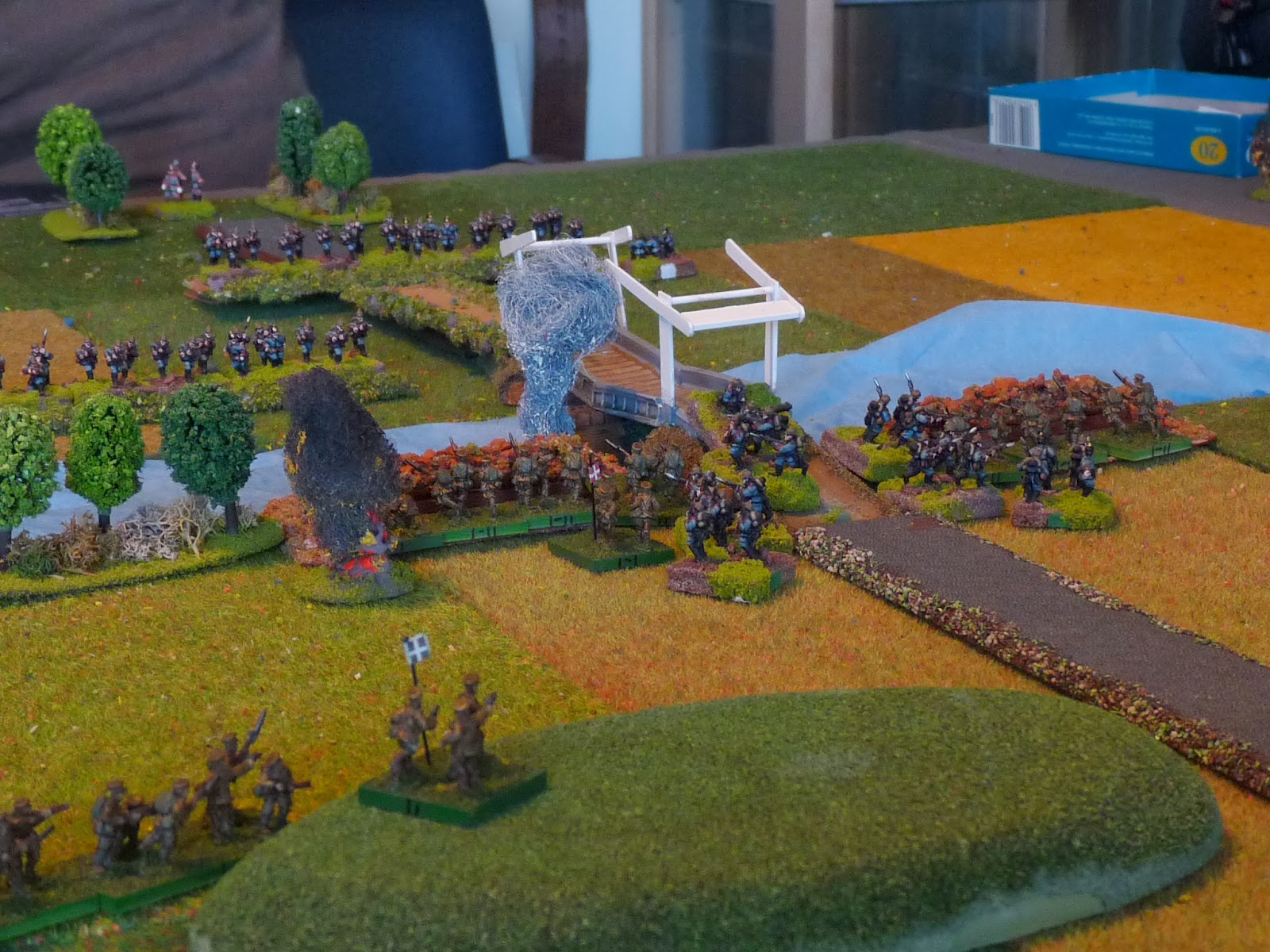 Eastern bridge unfortunately standing firm as well, after our attempt to demolish it failed spectacularly! 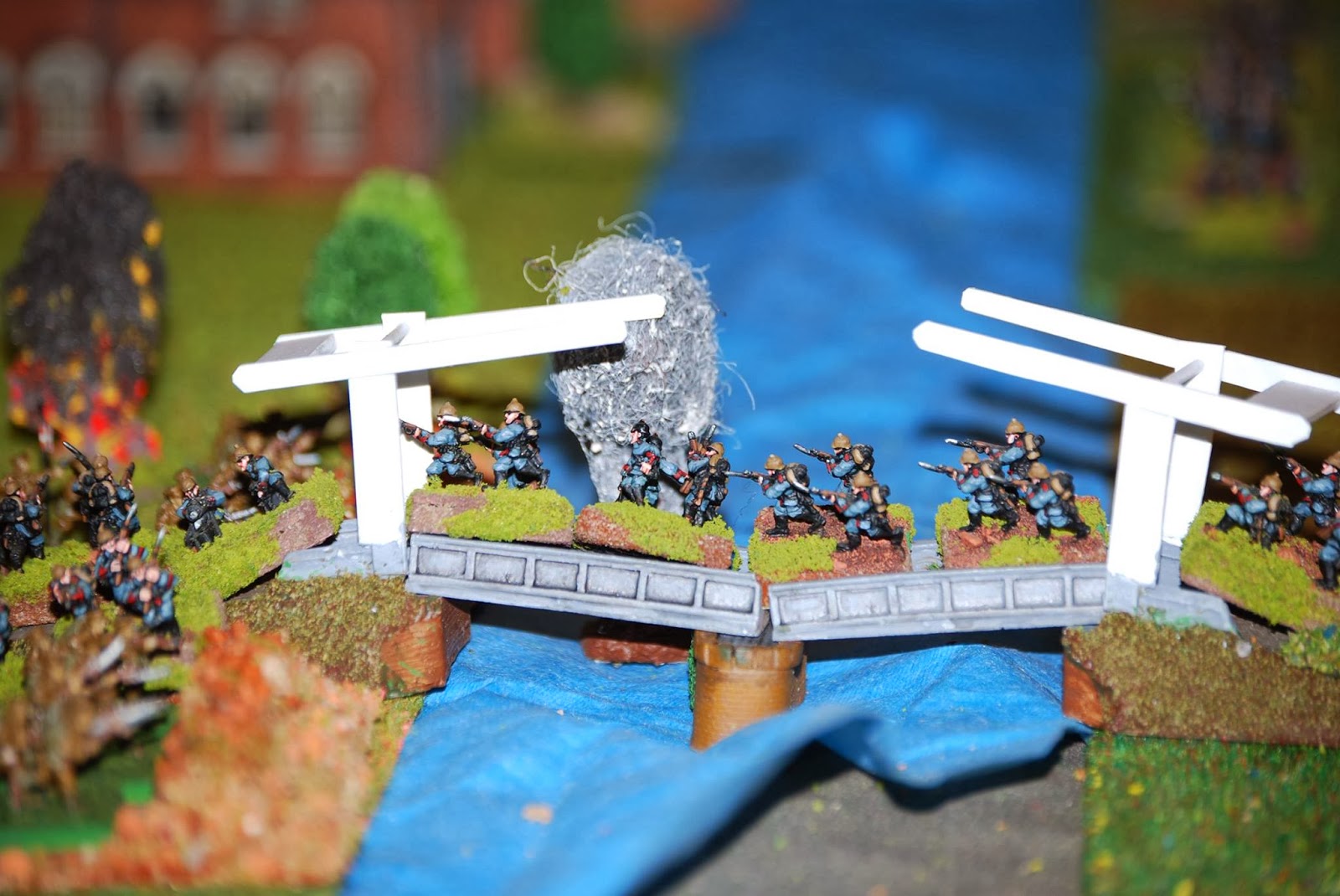 Consequently the Germans stormed and took it... 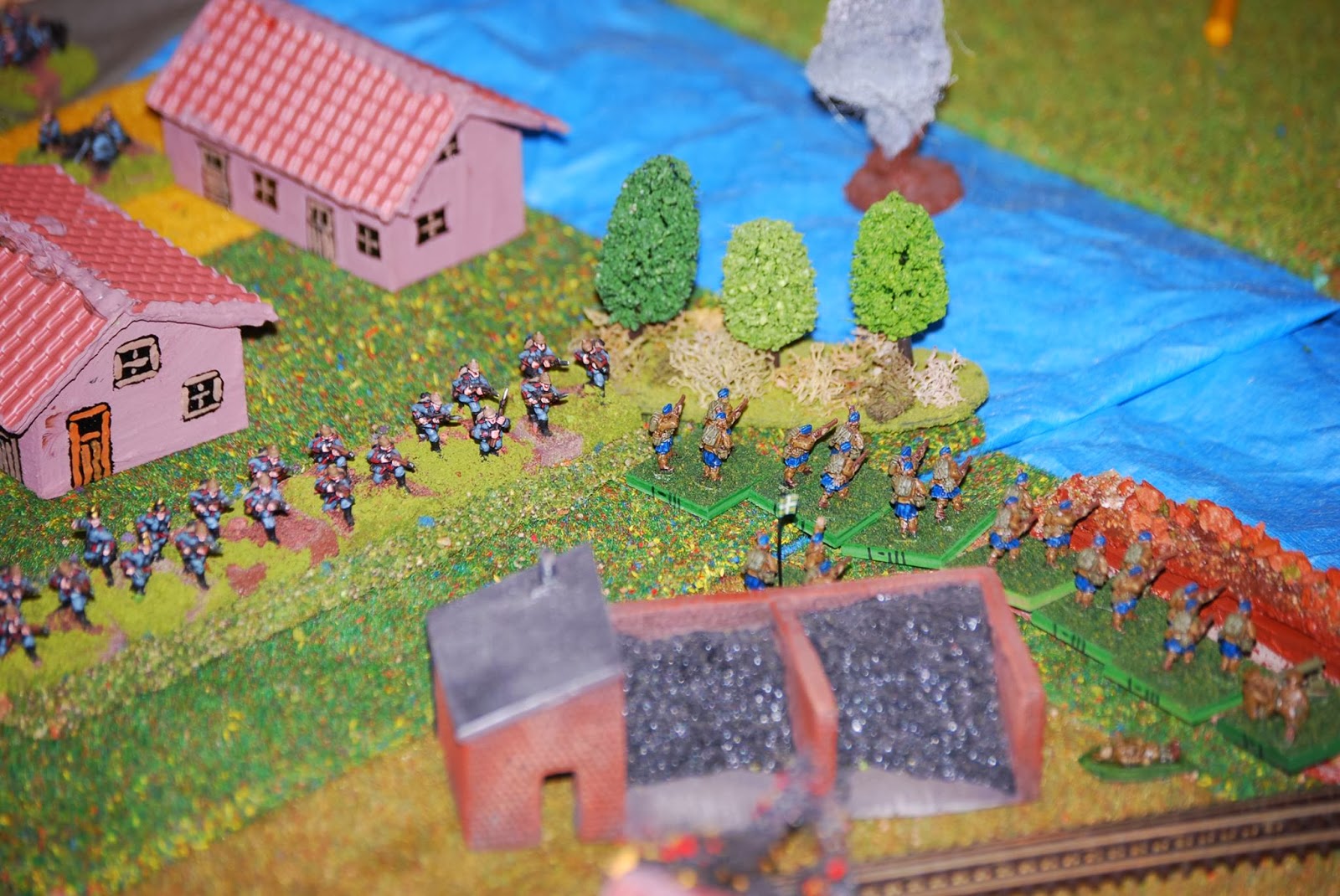 The end: German reinforcements turn up on the British flank and advance through Nimy, charging the defenders in the flank.