Another night at the slaughtered lamb

This week we played another go at my Night at the Slaughtered Lamb game. Below you see the inn looming in the twilight. A Witchfinder and his men have chased an evil witch here, but she has charmed herself into looking like one of the inhabitants of the inn. The witchfinder will need to flush her out without hurting the real inhabitants, in the meantime fending off the witch's ferocious allies. 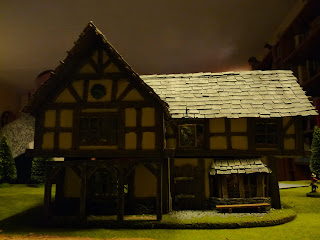 While the witchfinder and his men enter the inn, fierce hellhounds approach the building. 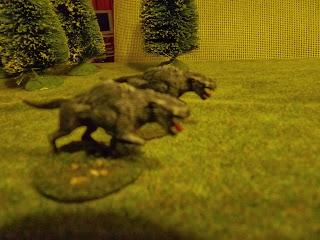 The witchfinder and his men barricade themselves into the inn, driving the guests to the first floor for their protection and to prevent the witch from escaping. 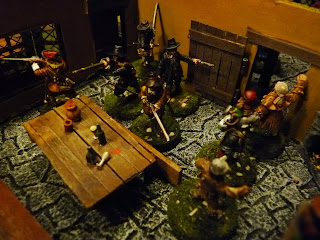 Attacked from all sides, the kitchen door is ripped to shreds by hellhounds. Fortunately both fall to deadly musket fire. Nocterlinger ghouls try to break through the windows and get fired on by the witchfinder himself. 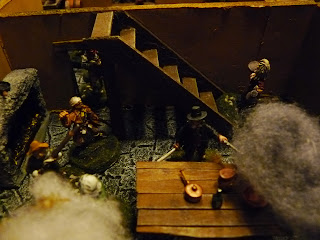 Here the Noctelinger skulk below the window, dodging the bullets with devilish cunning.... 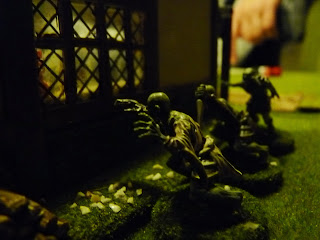 Finally they break through into the kitchen, killing two musketeers before themselves being gunned down. 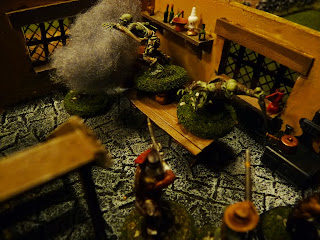 The witch, disguised as a blind beggar, uses the confusion to jump from the first floor room she had hidden in. Getting wounded by the jump, just seconds before she can reach the edge of the woods she is shot down by a vigilant musketeer who guarded the main door.

Good has triumphed once more! But at what price? 5 Musketeers lie dead, hacked and ripped to pieces. And still Evil stalks the land.... 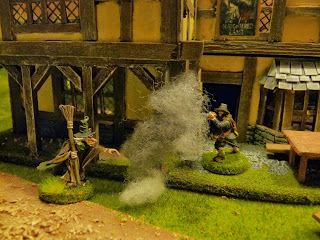