This  weekend we enjoyed our bi-monthly Battles&Beer Saturday at the Karwansaray premises.

The day definitely an American flavour since we played Muskets & Tomahawks and Blackpowder AWI. Jasper showed his concept for big games with few figures by using single stands for entire battallions. It worked very well and gave us a lot of units on a relatively huge table. 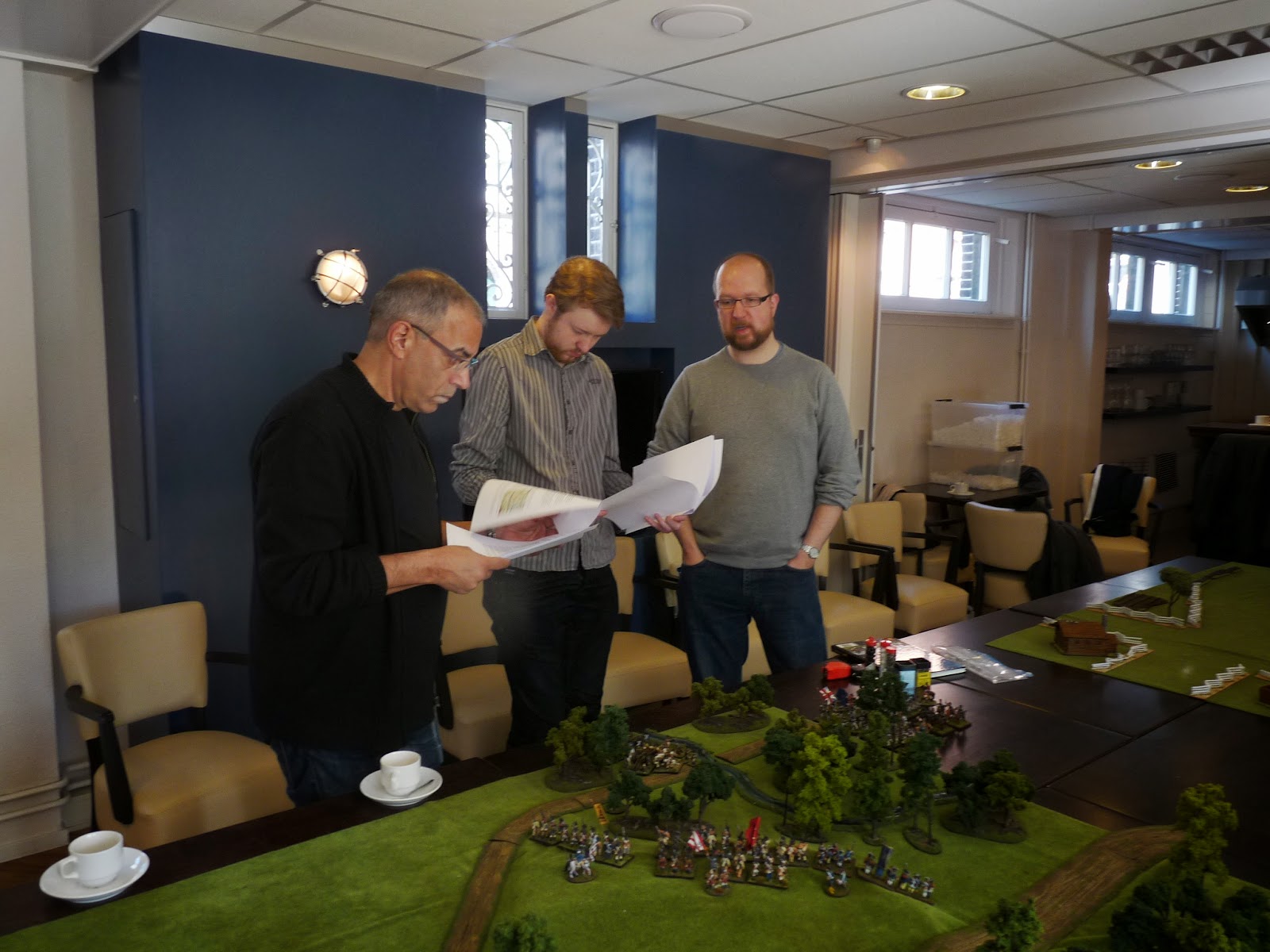 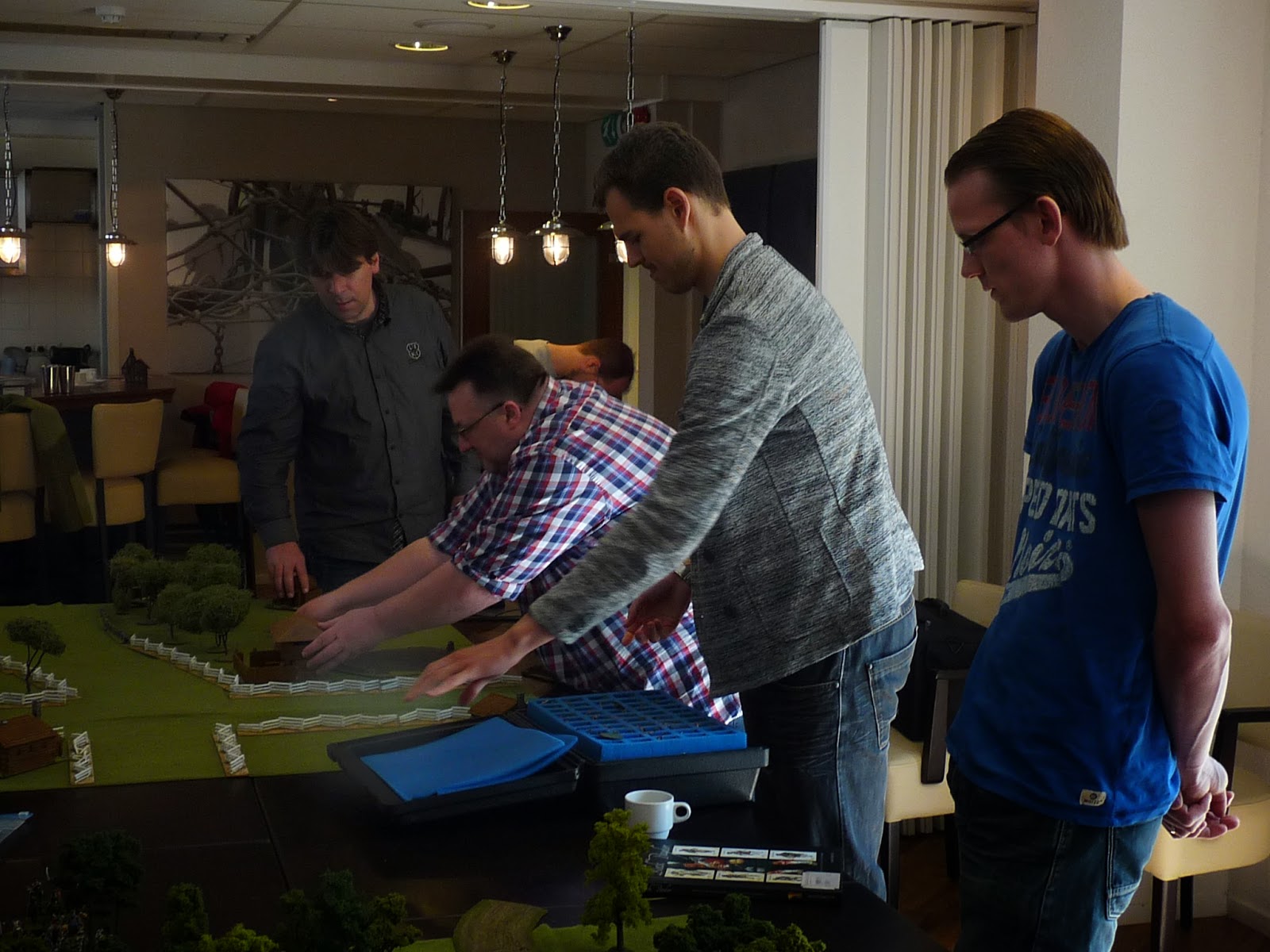 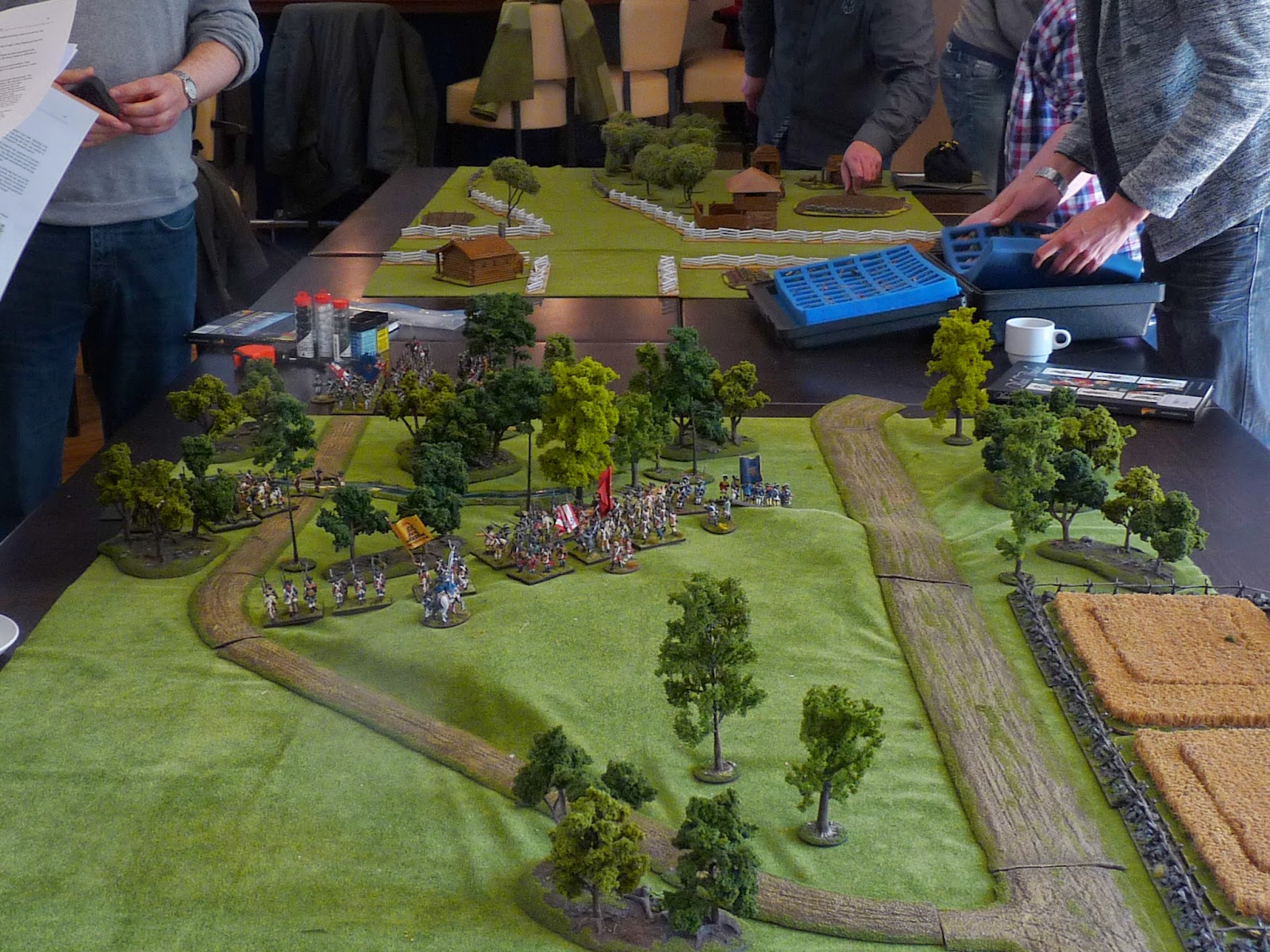 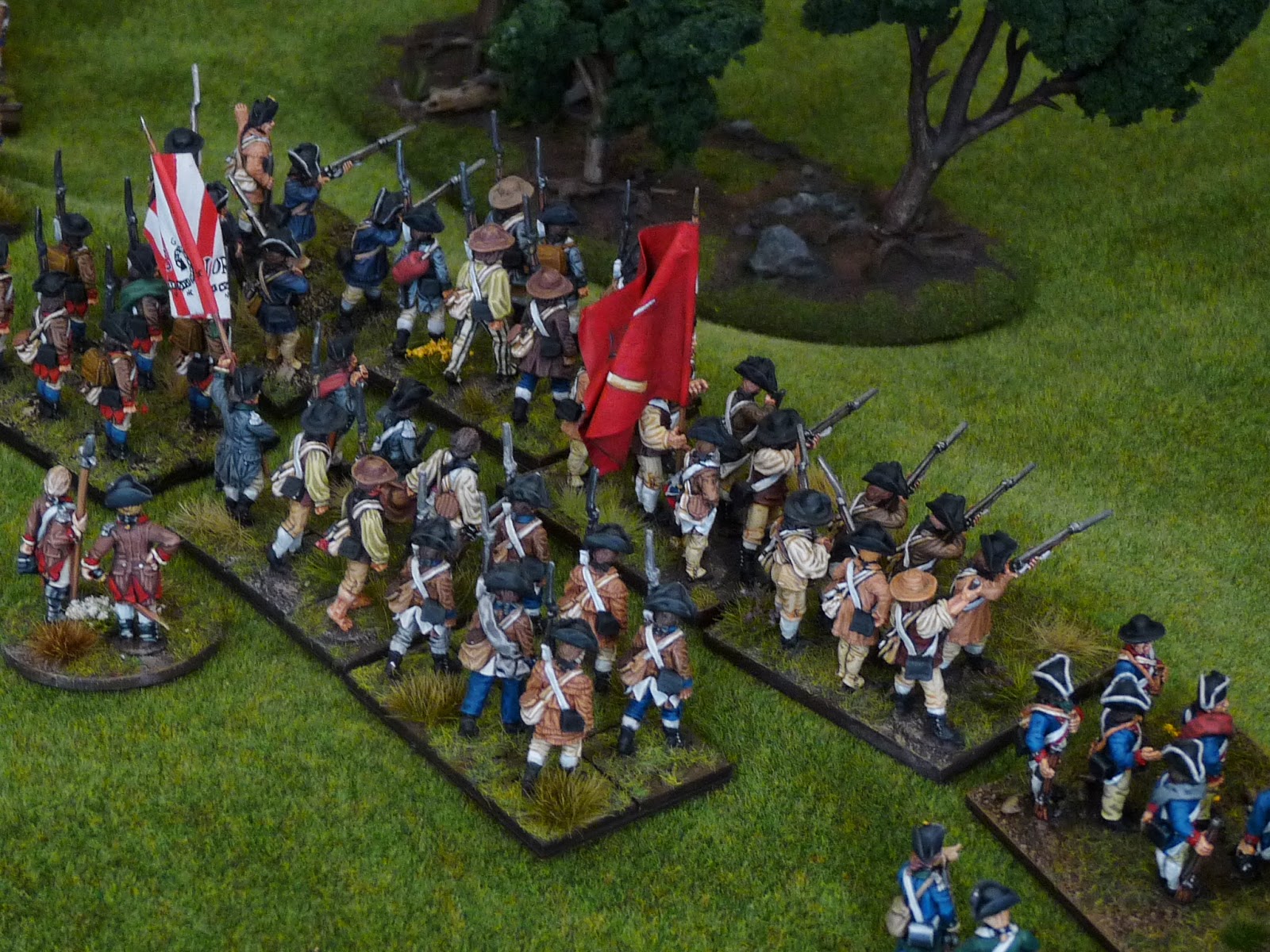 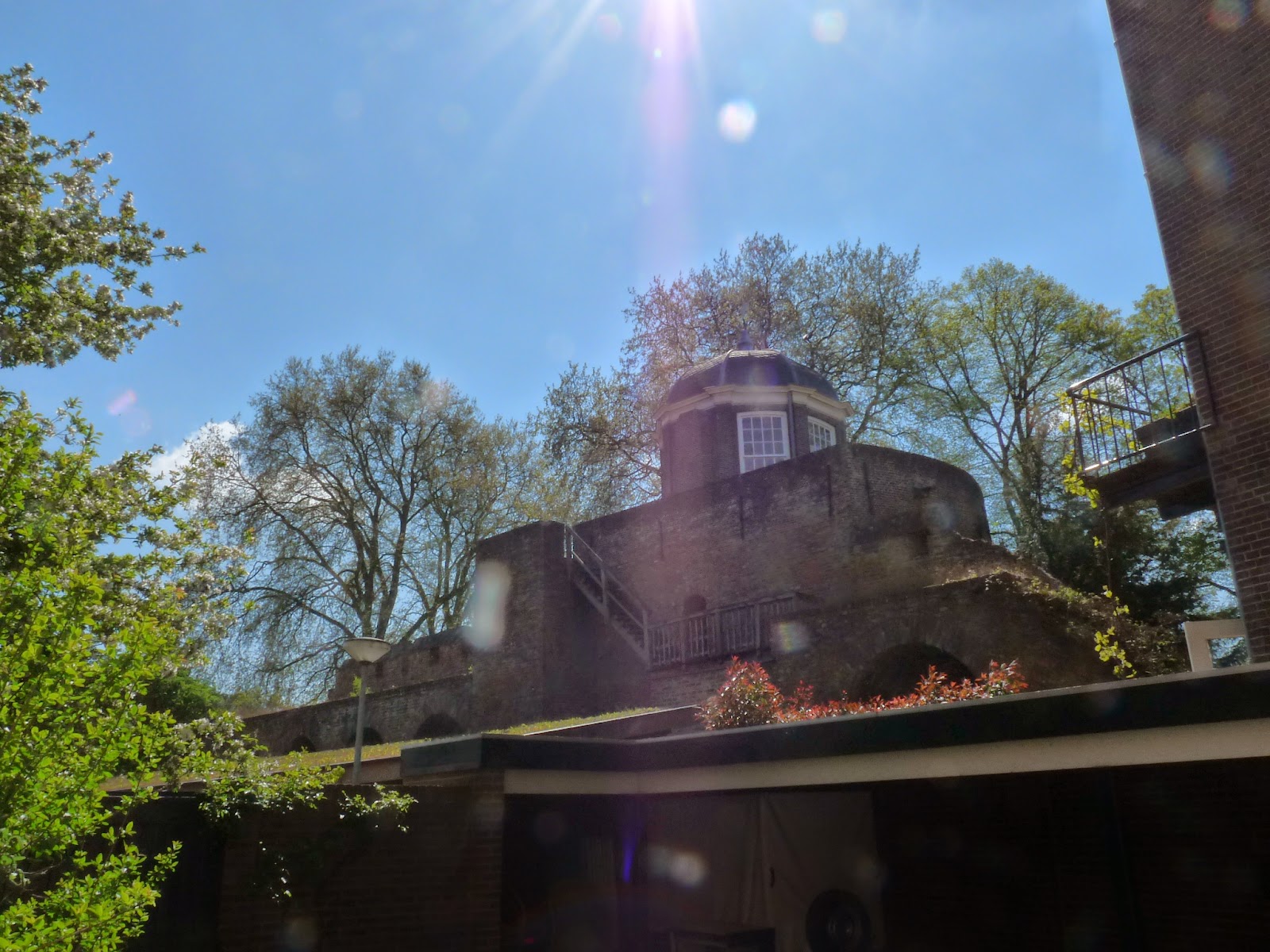 It was gorgeous weather, so a perfect day to shut ourselves indoors with out tin soldiers! 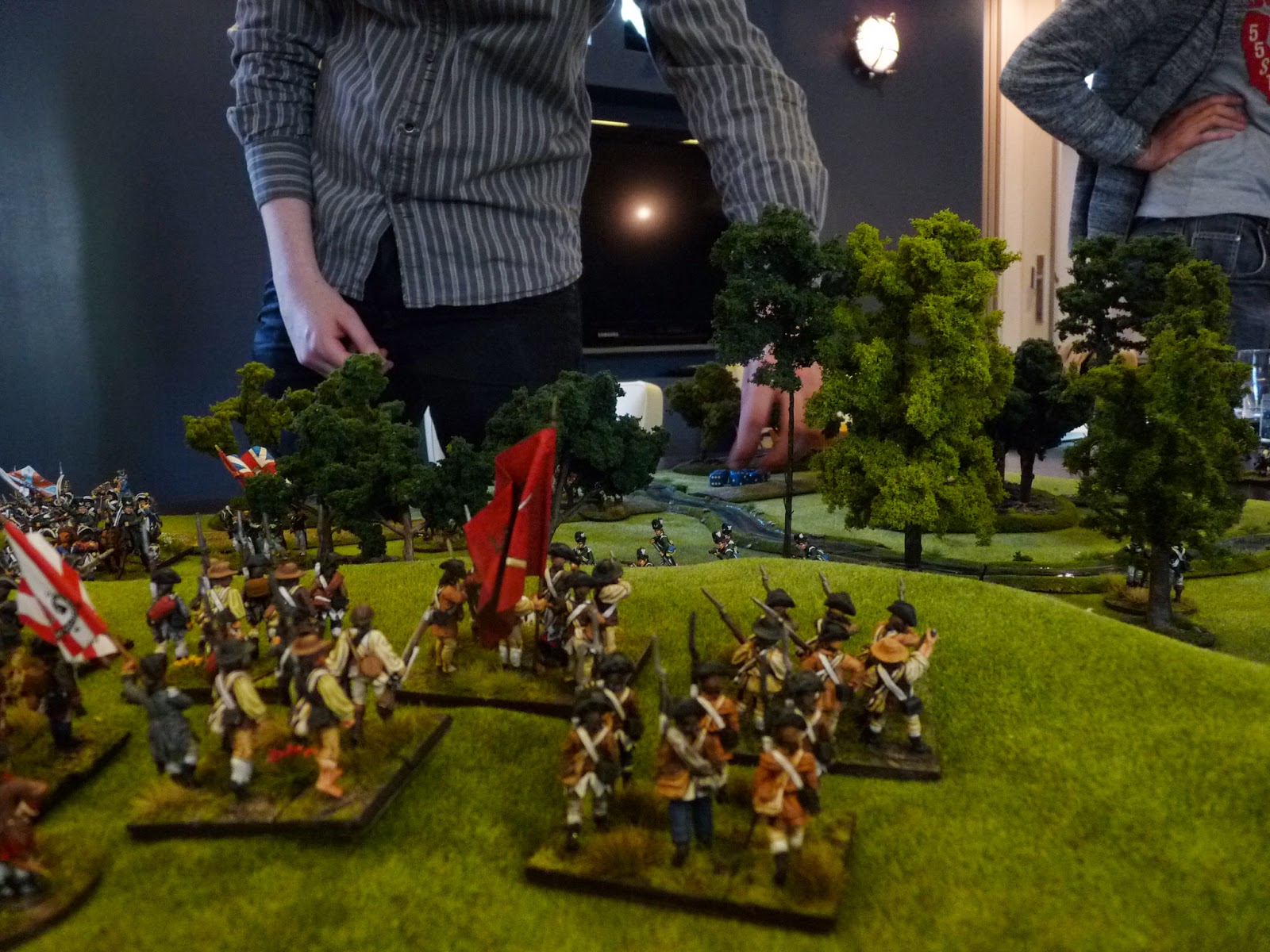 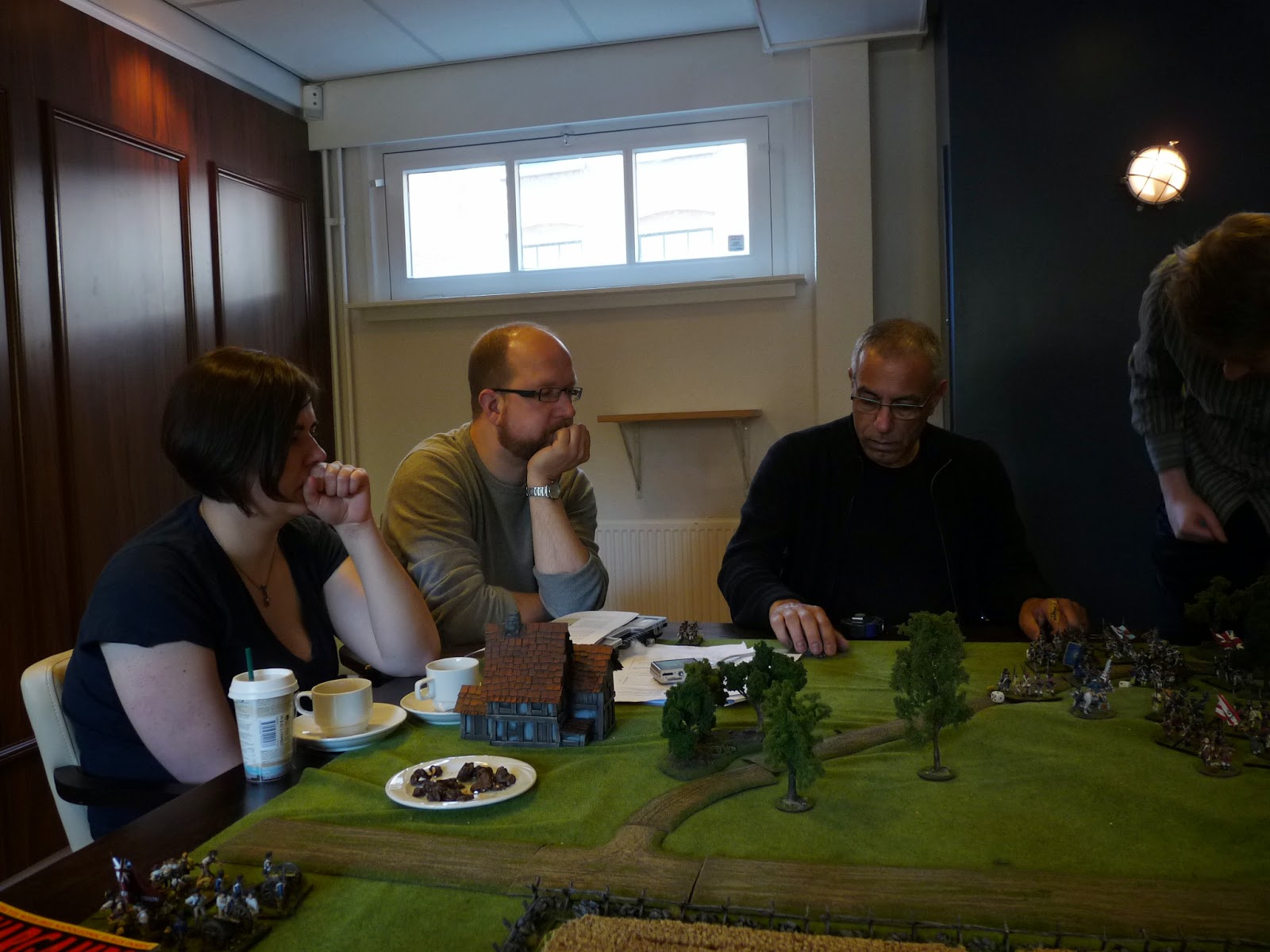 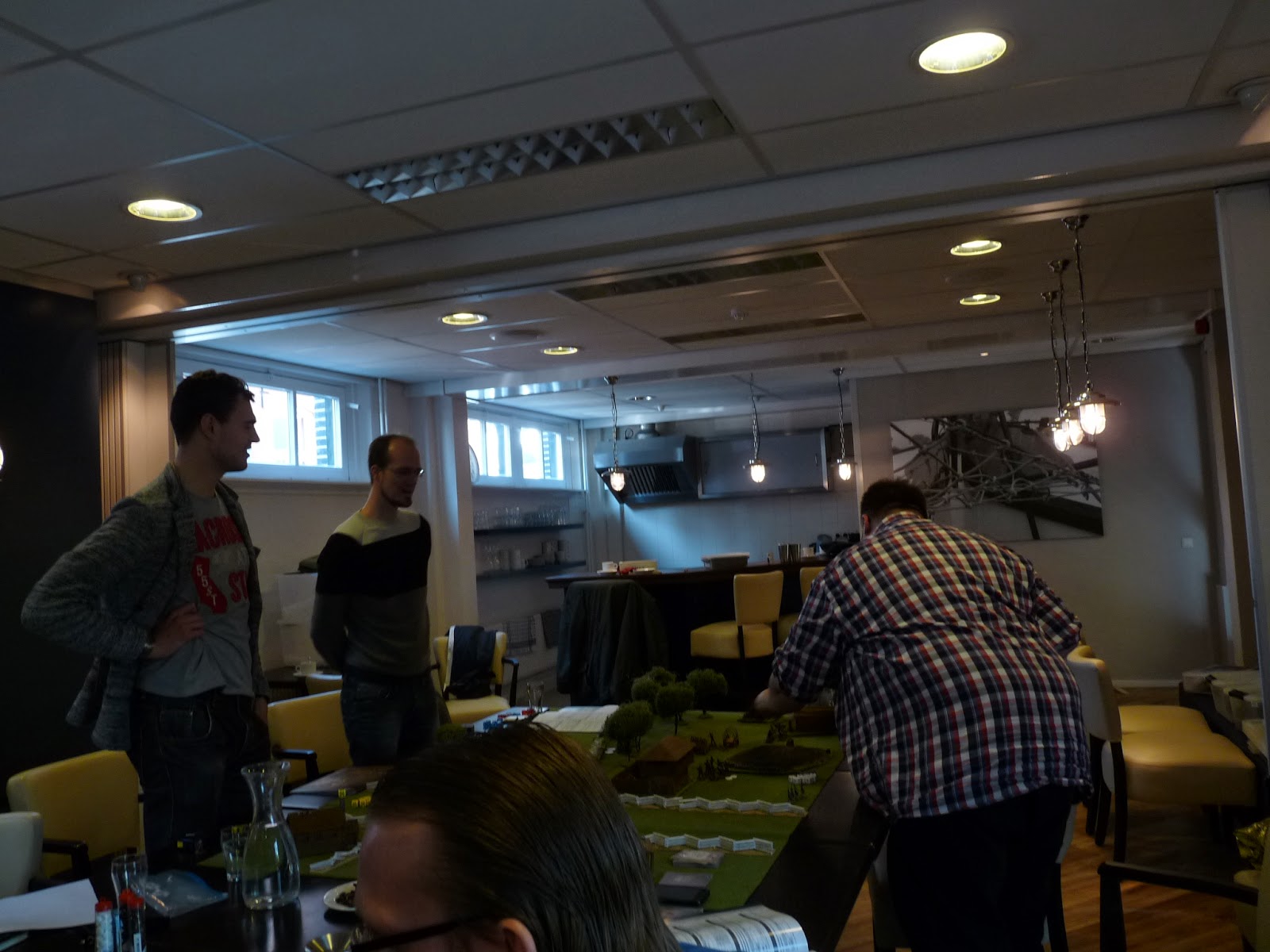 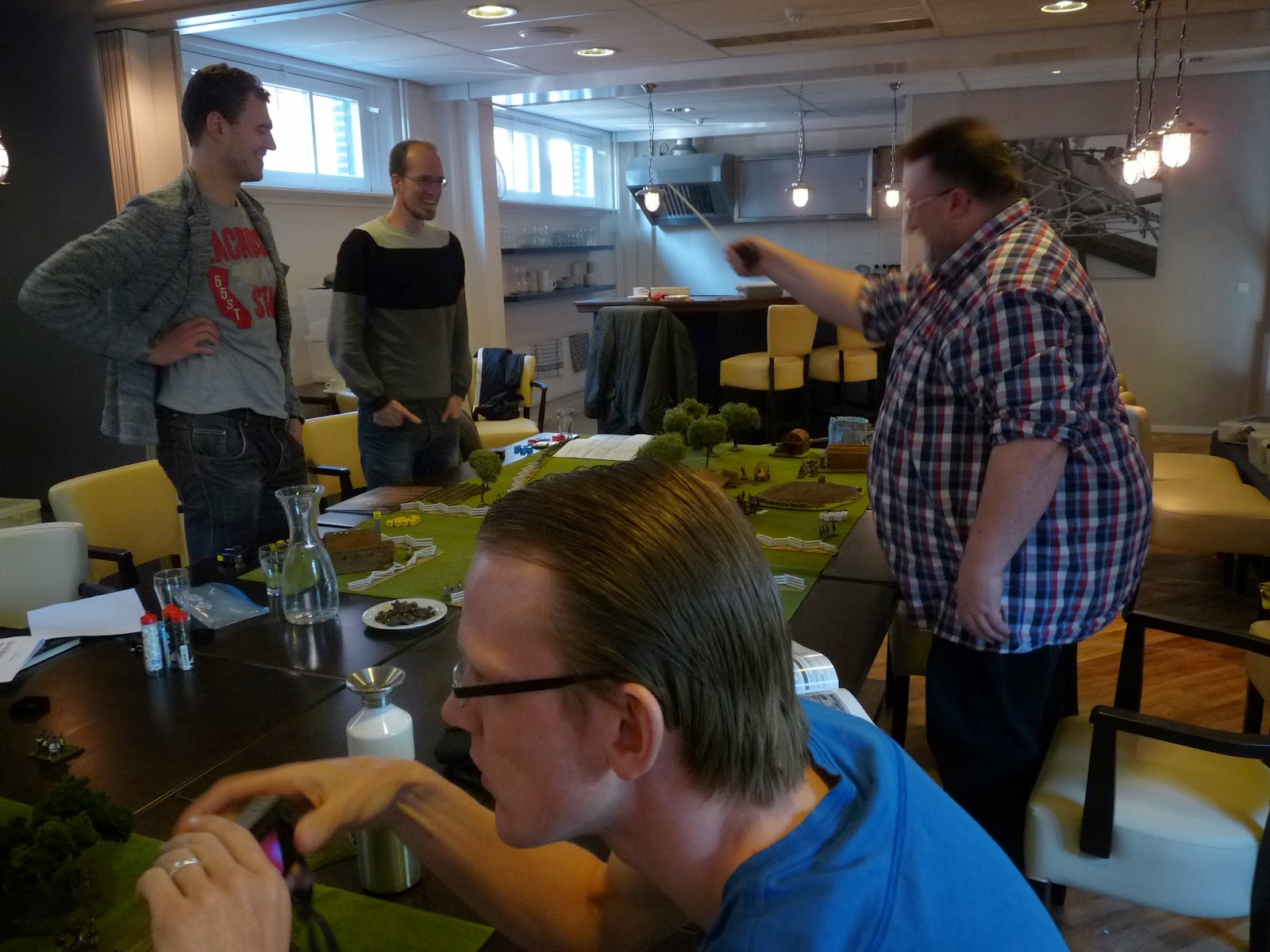 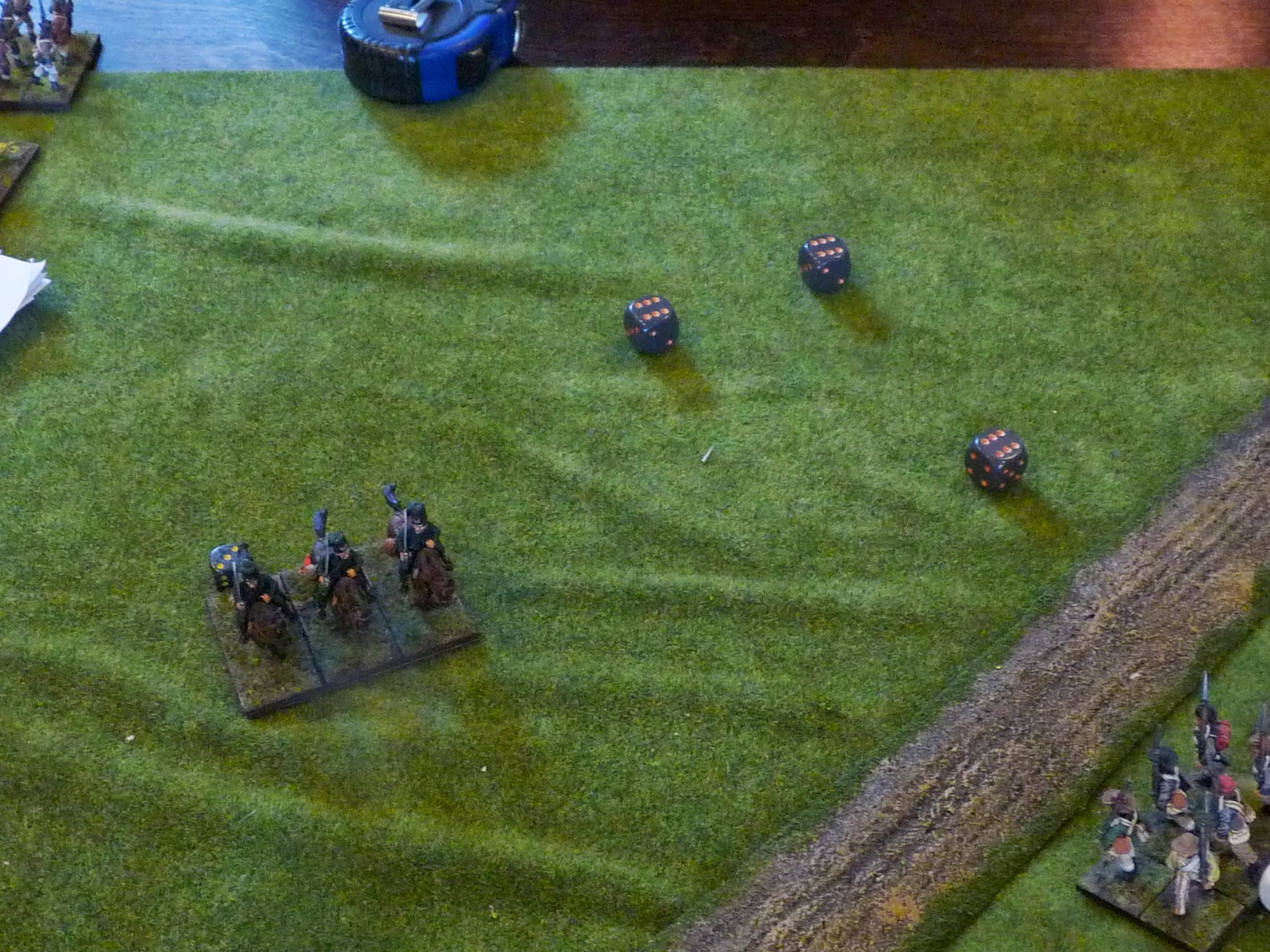 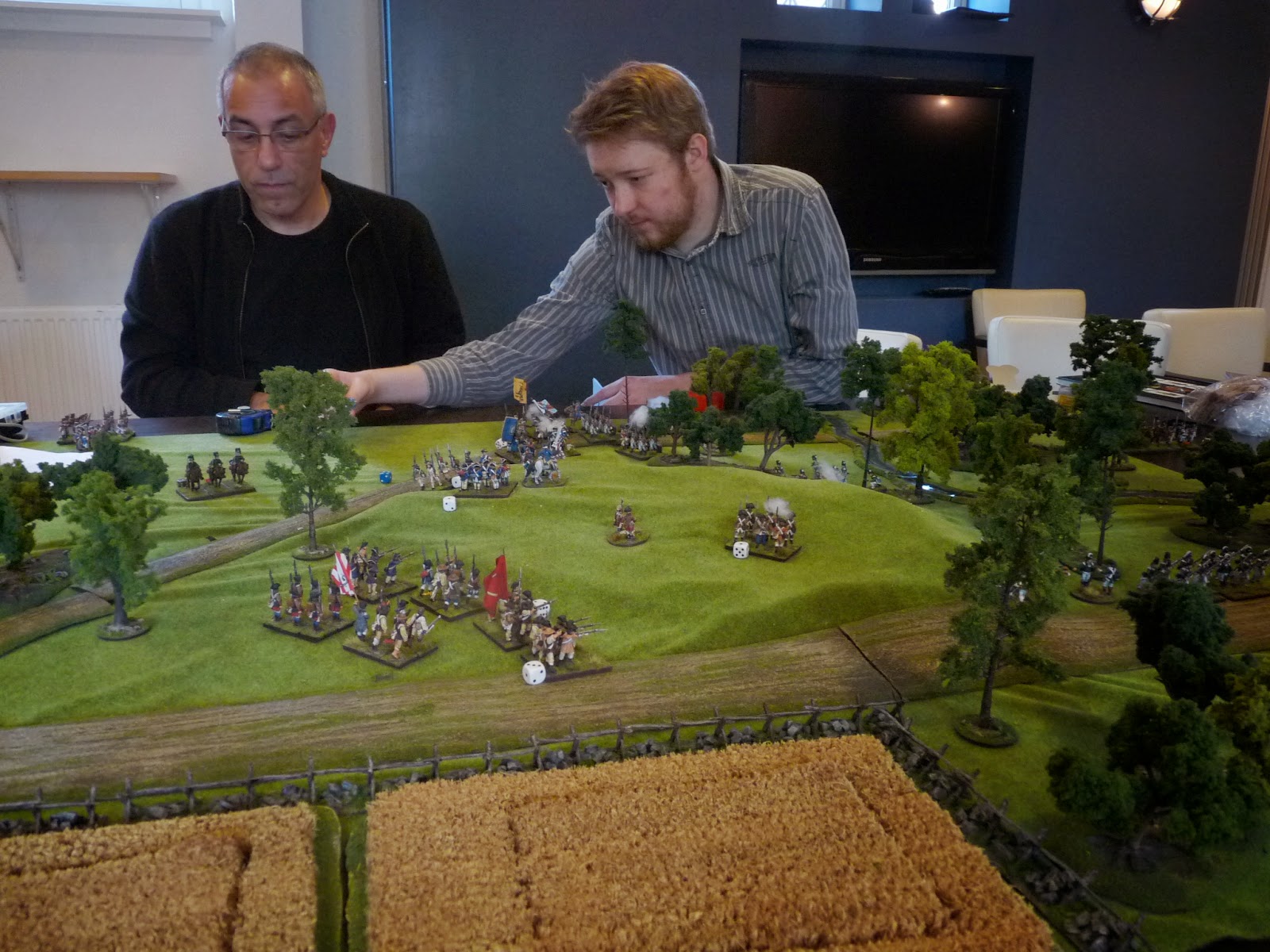 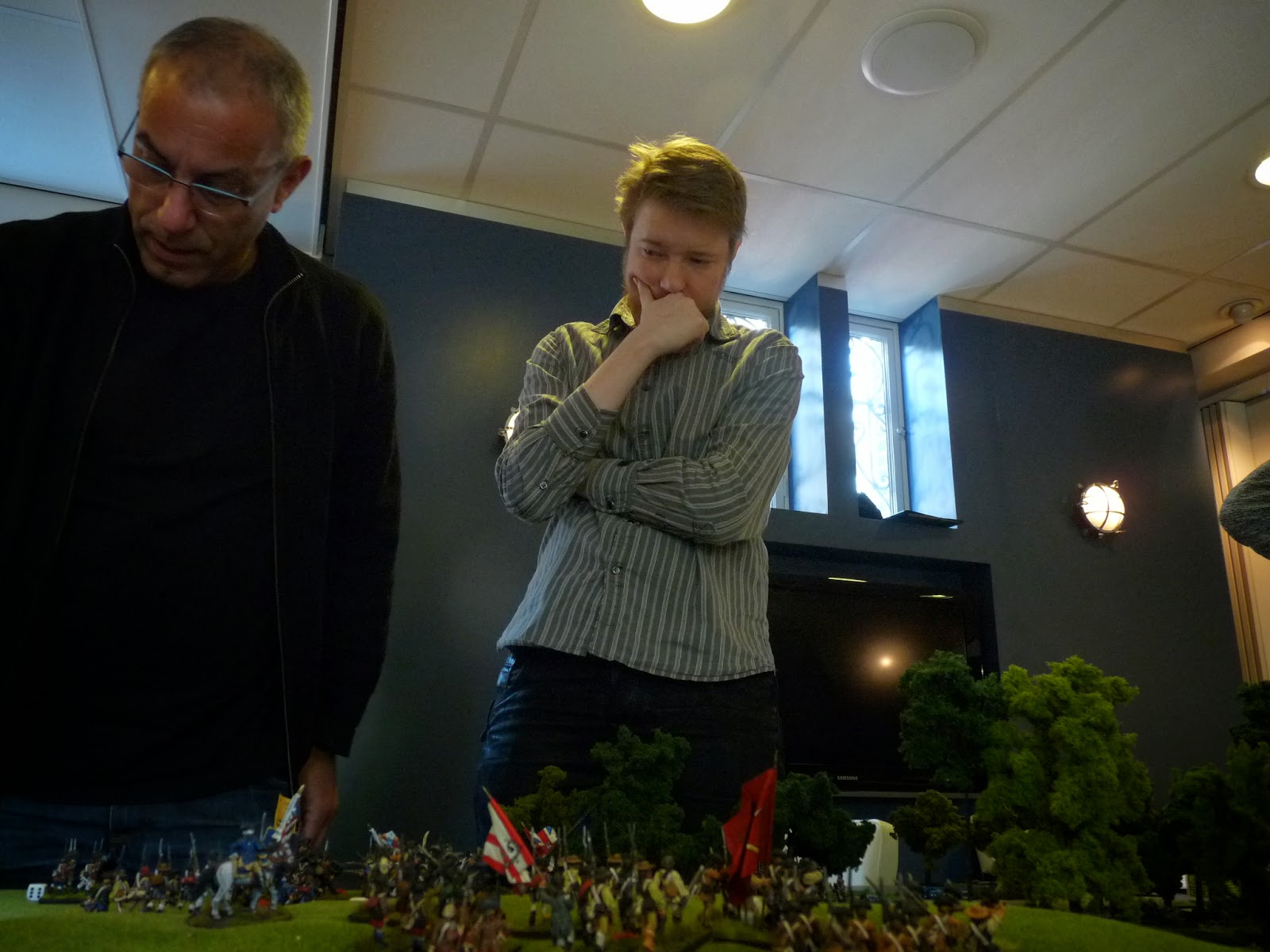 The American Rebels scored a smashing victory on the unlucky British.

We concluded the day with bock beer and delicious food.