This weekend's painting yielded a very varied crop. First two magnificent new figures made for the to-be-released official line for the WitchFinder General Game by Dashing Dice Games. Bearing some resemblance to a pair of recent movie witchhunters these pair will grace your table and will put fear in the earts of evildoers everywhere! 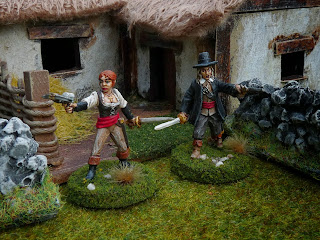 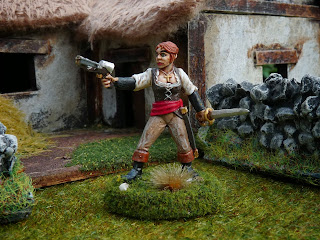 The girl witchhunter comes with an alternative pistol-equipped right hand. I nevertheless opted for the repeater crossbow. I modified the left hand holding the shortsword by turning it at angles with her body to achieve a slightly more natural pose. Both figures were perfect two-piece castings, no flash and the barest minimum of casting lines. 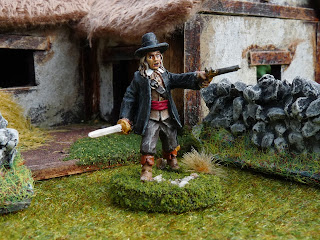 Next, first in line of the Ronin figures made by North Star that came into my possession through their Ronin Deal at the time of the release of that ruleset here are a sneaky ninja (the limited edition figure coming free with the set) and a taunting samurai (from the Bandit buntai set). 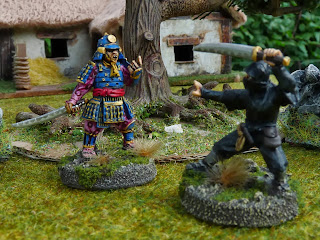 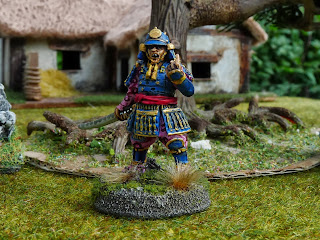 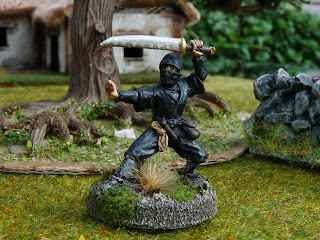 North Star has done a fine job on these figures. Most are one-piece castings. Some flash was present, but nothing dramatic and easily cleaned away.
Geplaatst door Pijlie op 2:16 PM 3 comments: