...or something. Having long ago been bitten by the Black Powder virus of course I had to buy Pike & Shotte, also by Warlord Games. There are enough reviews available to make it superfluous I add another, but the rules prompted me to a new scale: 10mm.

Building P&S armies in 28mm is not only very expensive (although less so since Warlord started with their plastics) but is epecially space-consuming. Having played one BP game too many witrh 28mm troops lined up from table edge to table edge in six ranks deep I decided for something smaller. 20mm had little to offer for the period, I don't like 15mm because it doesn't look nearly as good as 20mm and takes up the same amount of space but 10mm seemed the perfect compromise.

Having decided this I looked around for a manufacturer and Pendraken seemed the best choice in quality per euro. So I ordered an army!

The painting was a joy. Here are the first examples of Ordnance and Foot, based for P&S on 1 inch square bases. 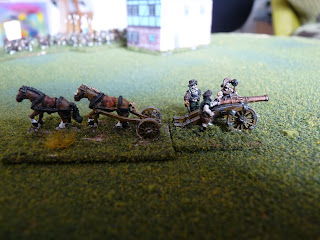 Medium gun with horse and limber 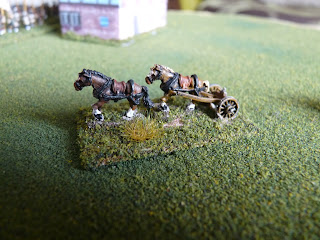 A separate horse and limber stand to well, unlimber the gun actually...﻿ 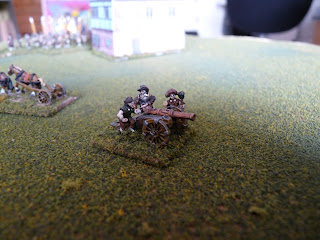 Hence an unlimbered gun and crew. ﻿ 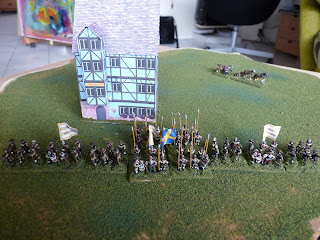 The Battallia, 24 shotte and 24 pike drawn up in block-and-wings. The small stands actually enable all kinds of formations like a massive tercio, loose Swedish Brigade and march columns and such. The house in the background is a scaled down papercraft building. Of course, since 10mm is a first for me, I need lots of new scaled-down terrain! 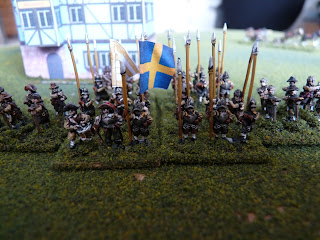 Close up of the pike command stand. 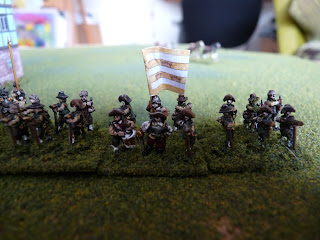 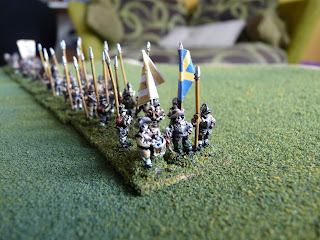 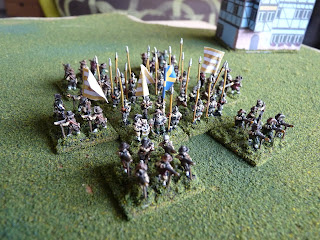 And finally the unit drawn up to receive cavalry (hedgehog in the P&S rules).

I was amazed at the amount of detail available on such a small scale and at the same time the ease with which you could paint them. A joy! I still have a few hundred to go, so stay tuned. Cuirassiers and medium horse are next!
Geplaatst door Pijlie op 4:03 PM 9 comments:

The latest answer to the Zombie Plague: the Doctor

...and his stalwart companion Amy of course. Destined to play a hopefully more important role than a zombie snack these two will enter an ATZ game shortly. Perhaps the Doctor has the anti-virus? 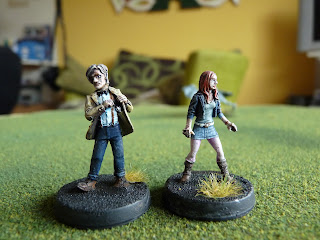