Another Wargames-and-beer day took place on the premises in Zutphen. A small gathering this time, perhaps due to the approaching holidays. We played Chain of Command  and Witchfinder General. I ran the latter game. 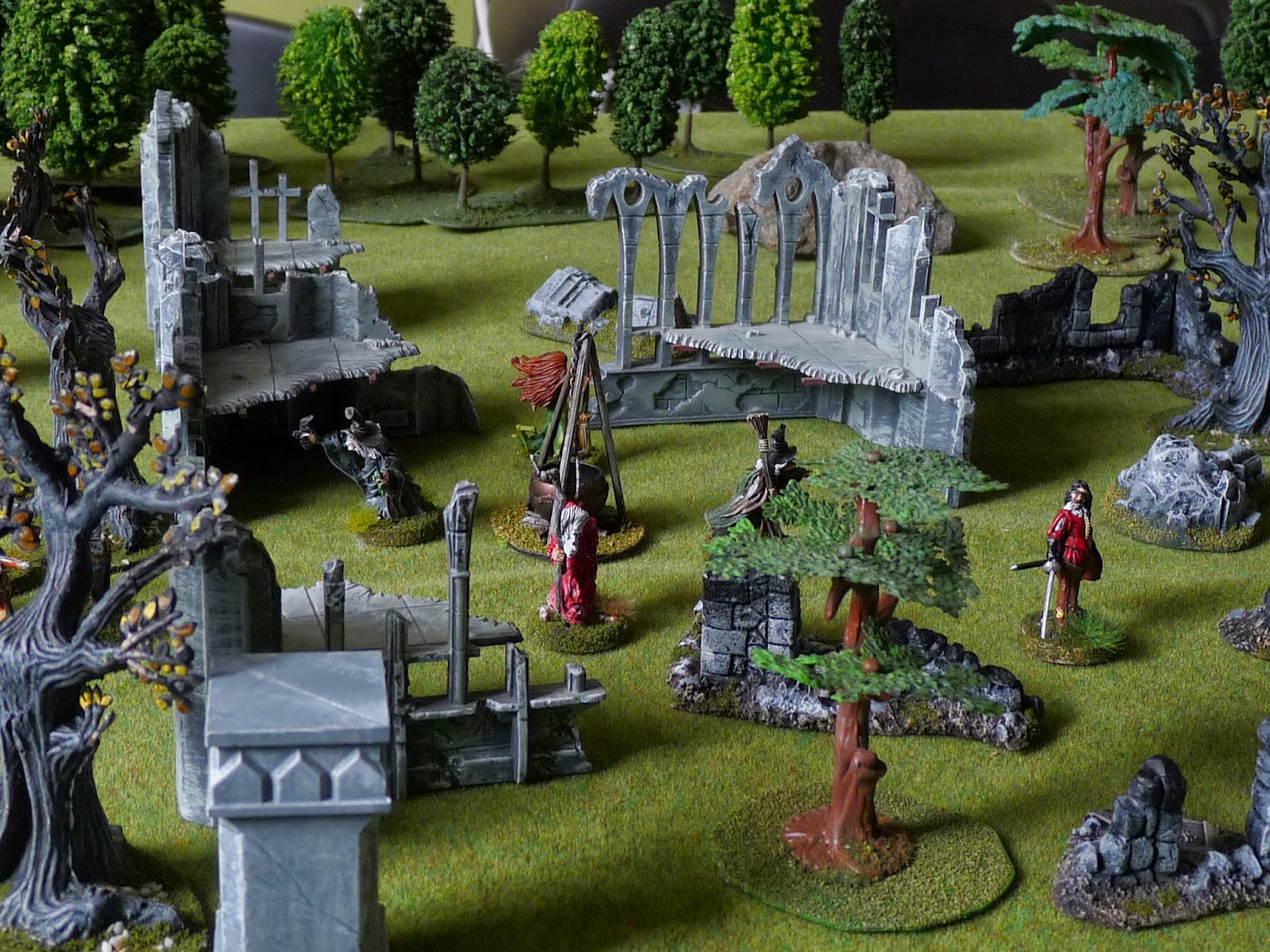 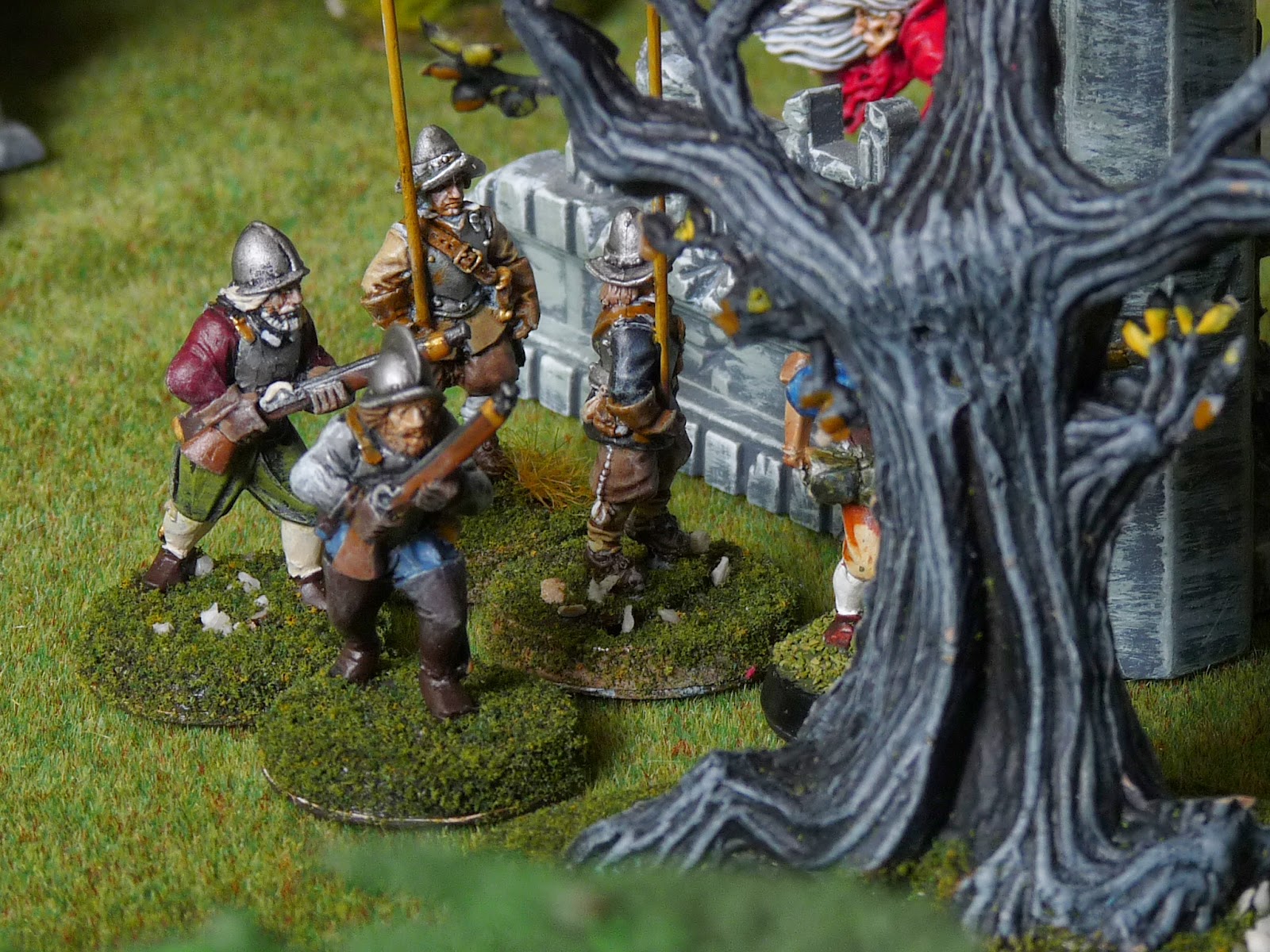 As the intention was to let two new players get to know the WFG ruleset and system I chose the Summoning scenario. It has lots of figures, but is relatively straightforward and has some interesting dilemmas. 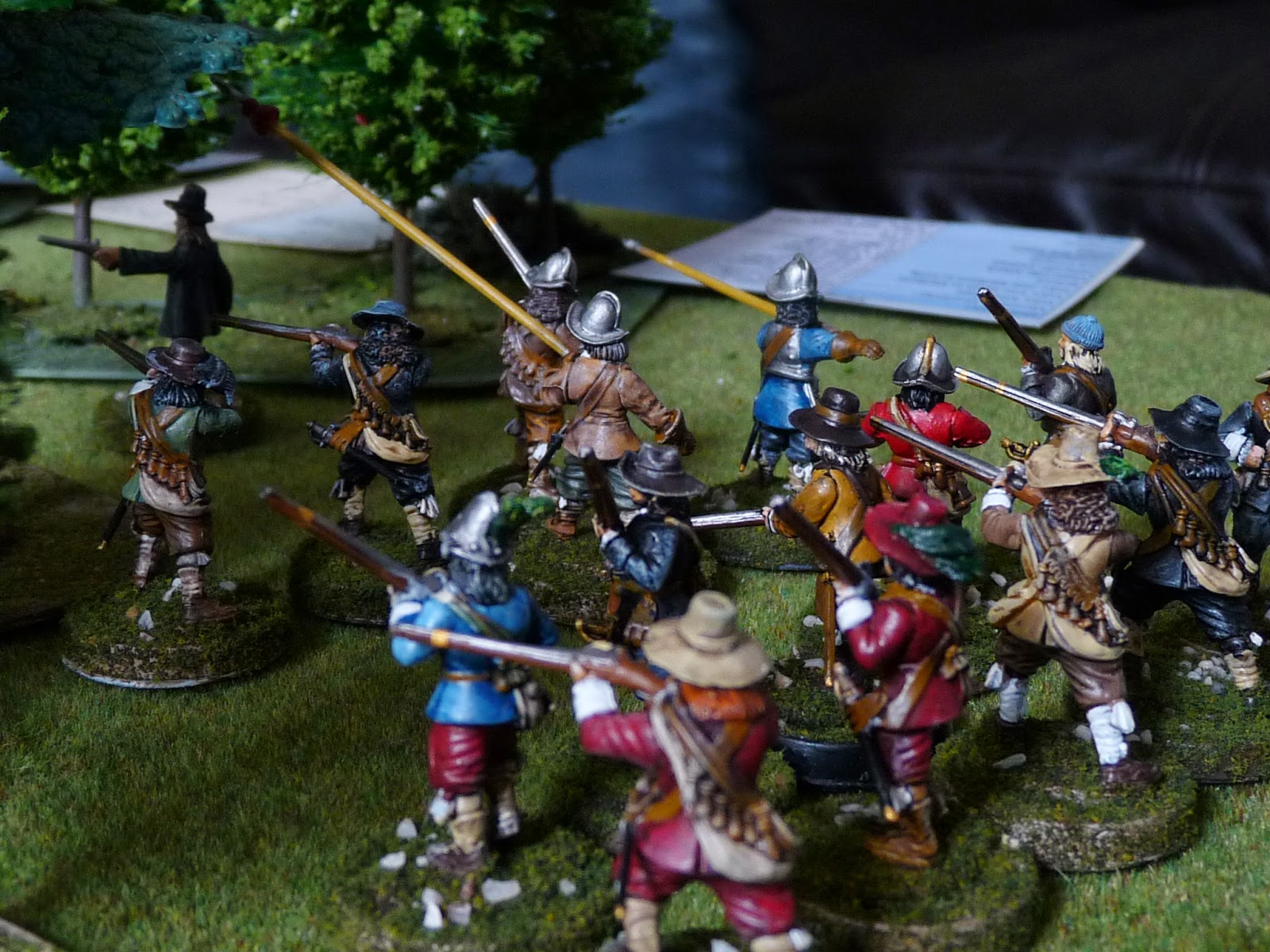 The Witchfinder player is in a hurry, as he has to stop the witches from summoning the Great Beast in Ye Olde Creepy Temple. However, the witches have trouble using all their power to defend themselves as they have to hold themselves ready from turn 3 onward to hold the Summoning as soon as the sun sets (on a die roll). Only then can they fight the Witchfinder's men, aided by the Great Beast. This however is a mixed blessing, since the Beast is fast and strong, but may die in a fight, making the Witchfinder player the winner! 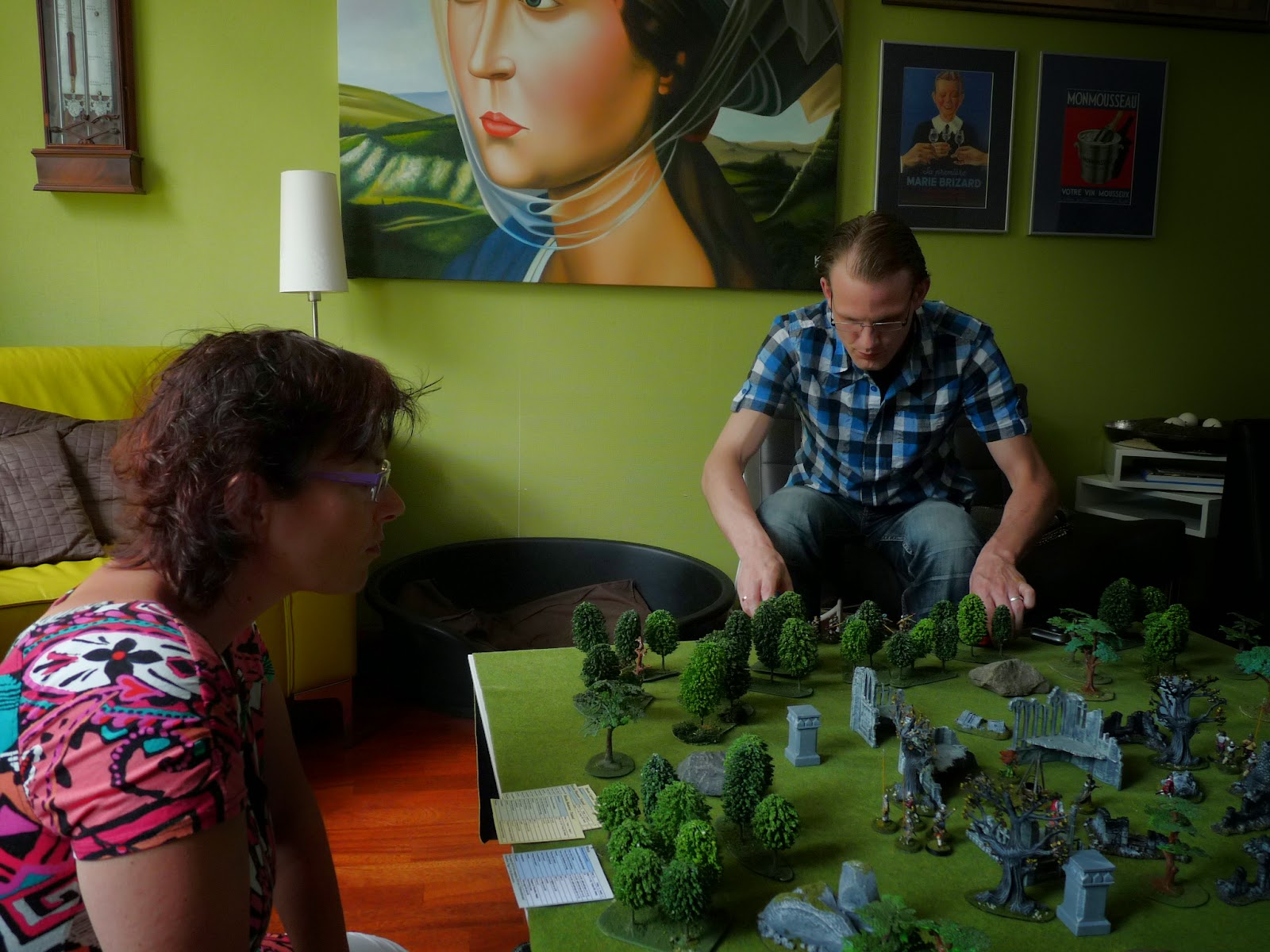 Above, players tense as they ponder their strategy. Below a lively firefight has developed. 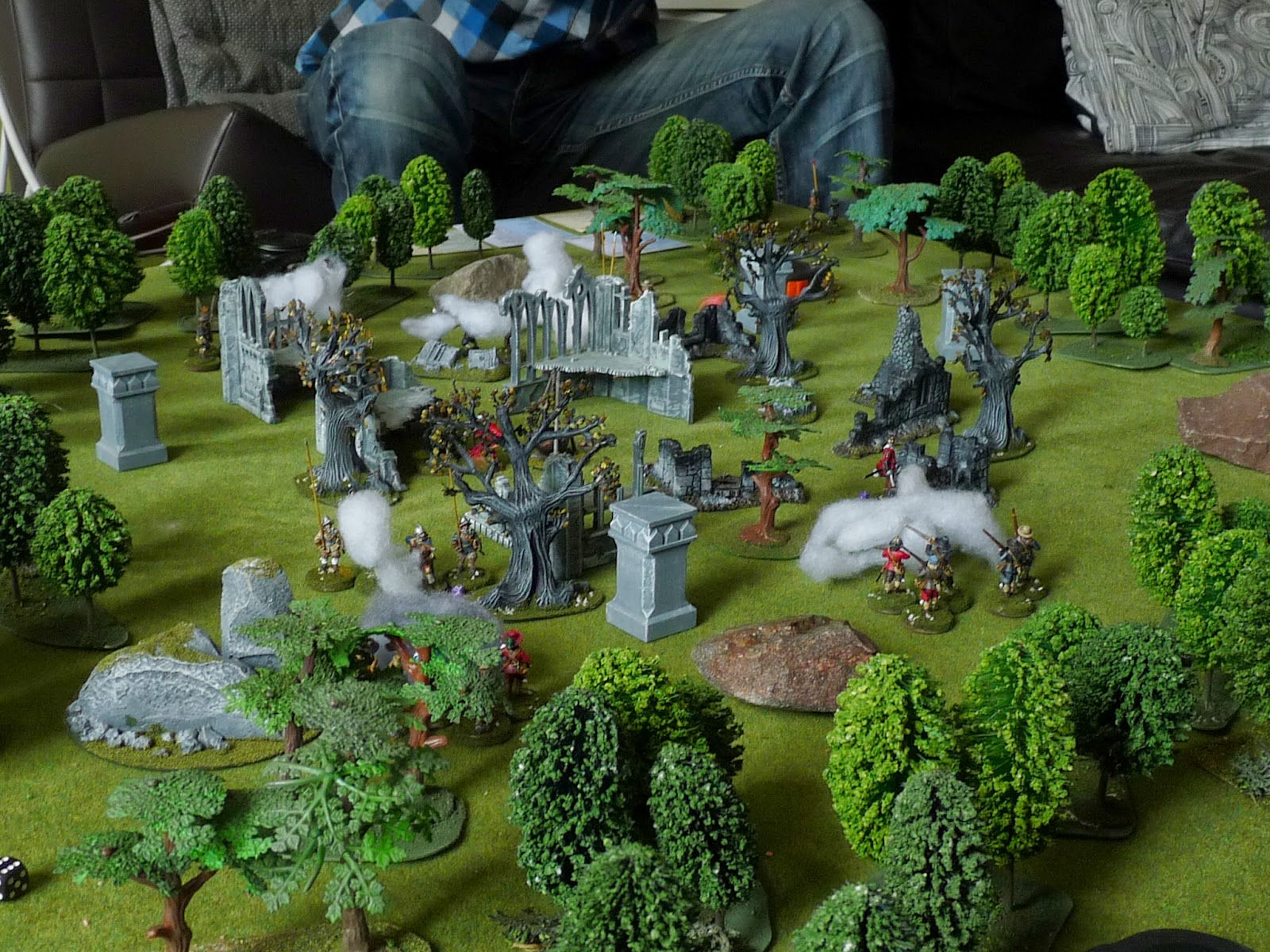 As is traditional we played the game twice, the players changing roles for the second game and the winner being the one who won both games. 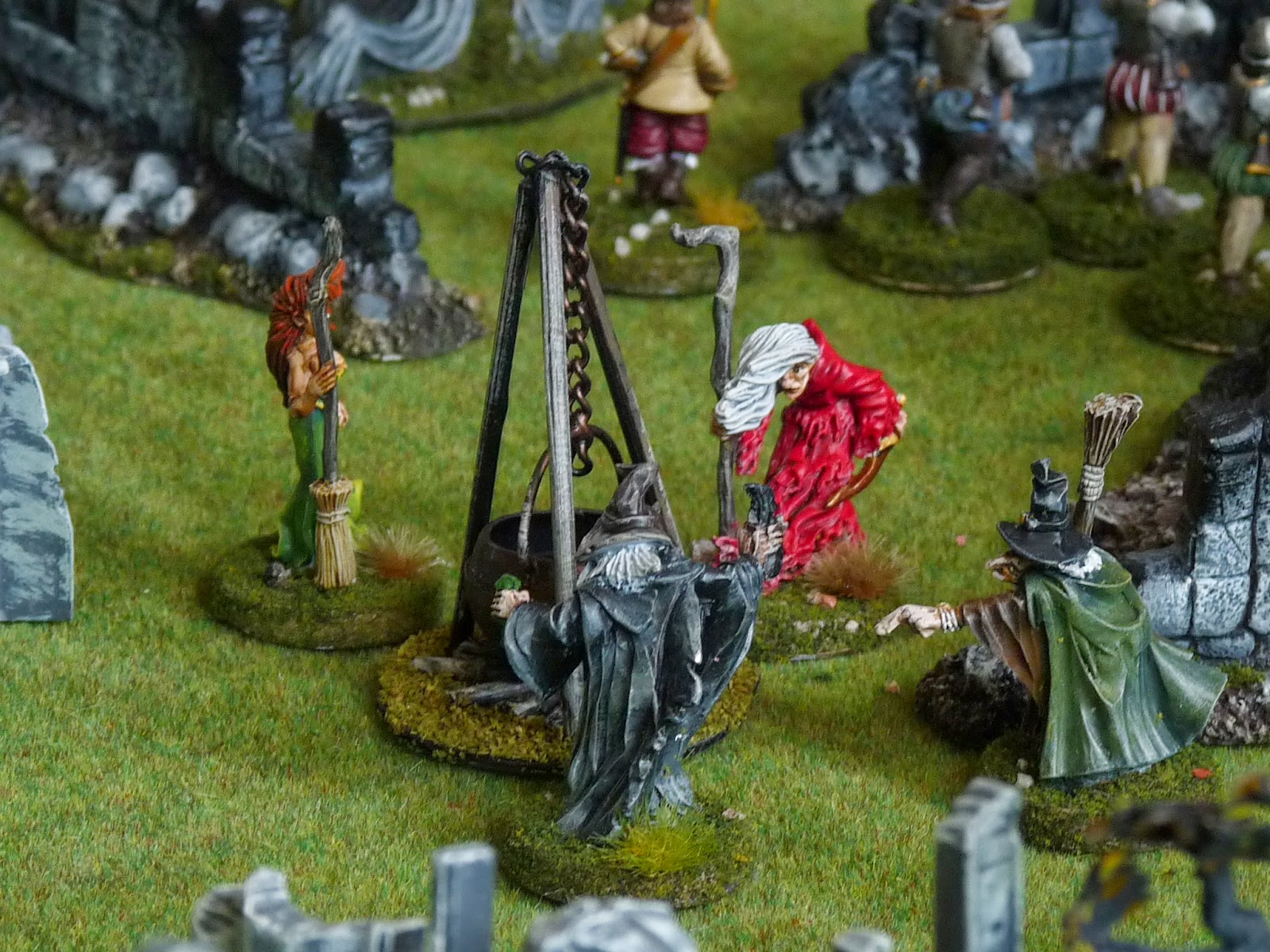 In the first game the witches managed to Summon the Beast despite one of the witches being shot by a desperate witchfinder. The witchfinder then attacked the Great Beast in an al or nothing bid to kill it, but bit off more then he could chew. The Beast however, did not..... 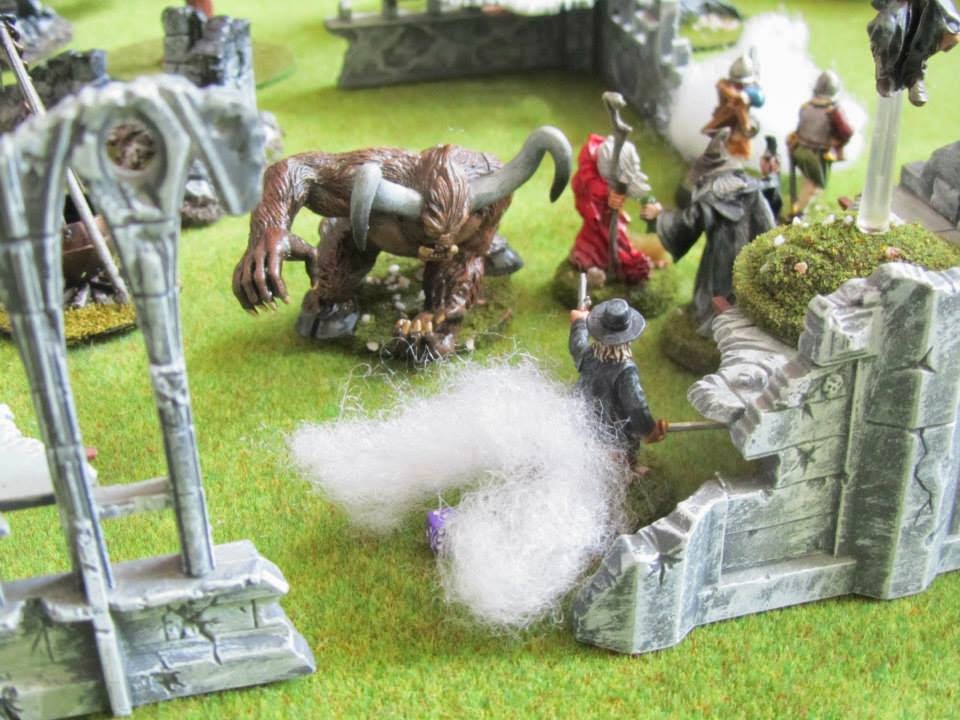 Unfortunately for the witch, the Beast was then killed by a mass attack of the dragoons. 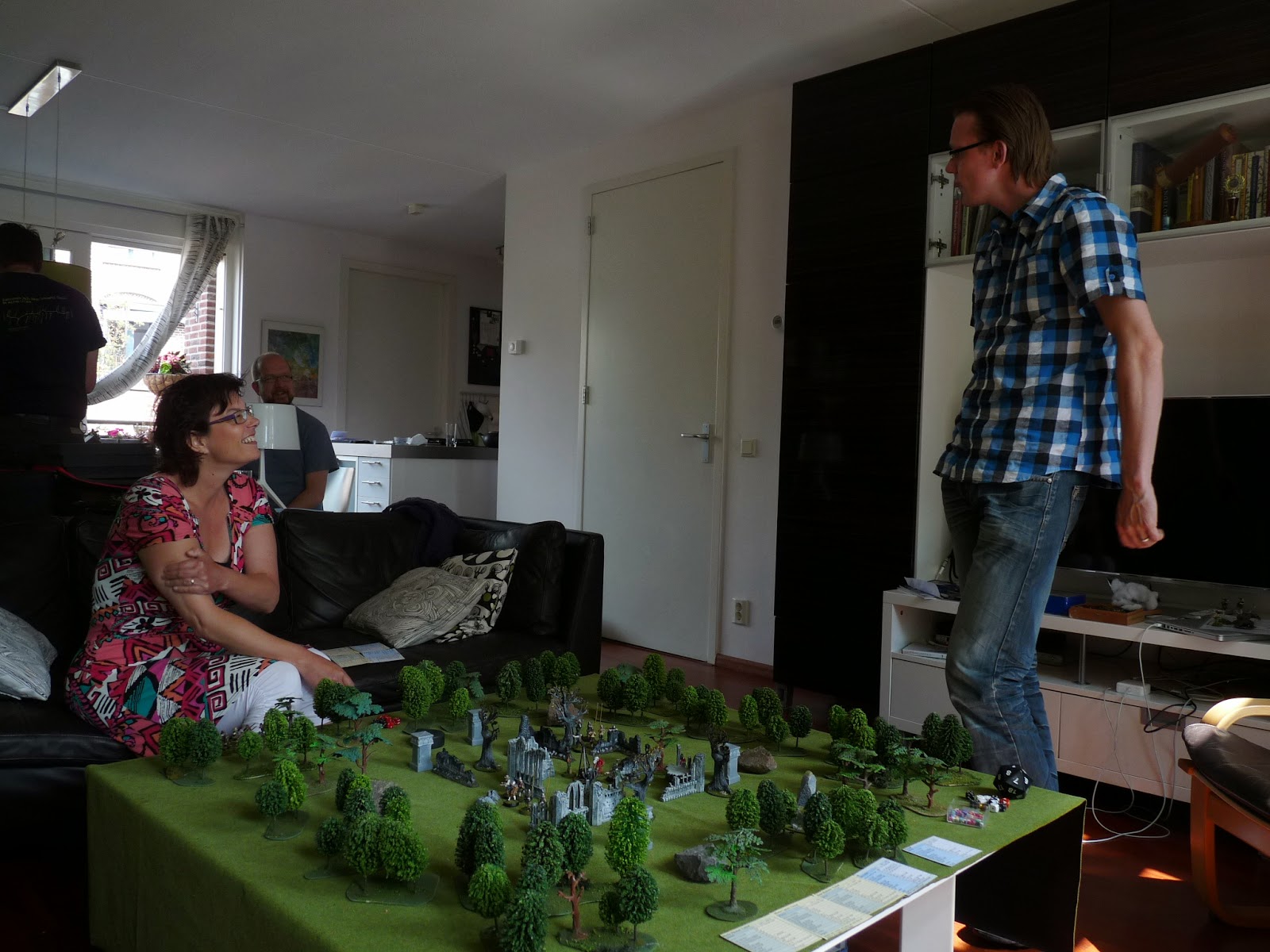 We fumbled some things with the Thunderbold Grenadoes, which might well have won the first game for the witch had we done it right. Careful reading led to the conclusion that it is a 4" template weapon instead of one that hits only one model or terrain feature. Once we had that figured out, the witch player missed every To Hit Roll with the grenades that he mad. Thunderbold Grenono indeed. 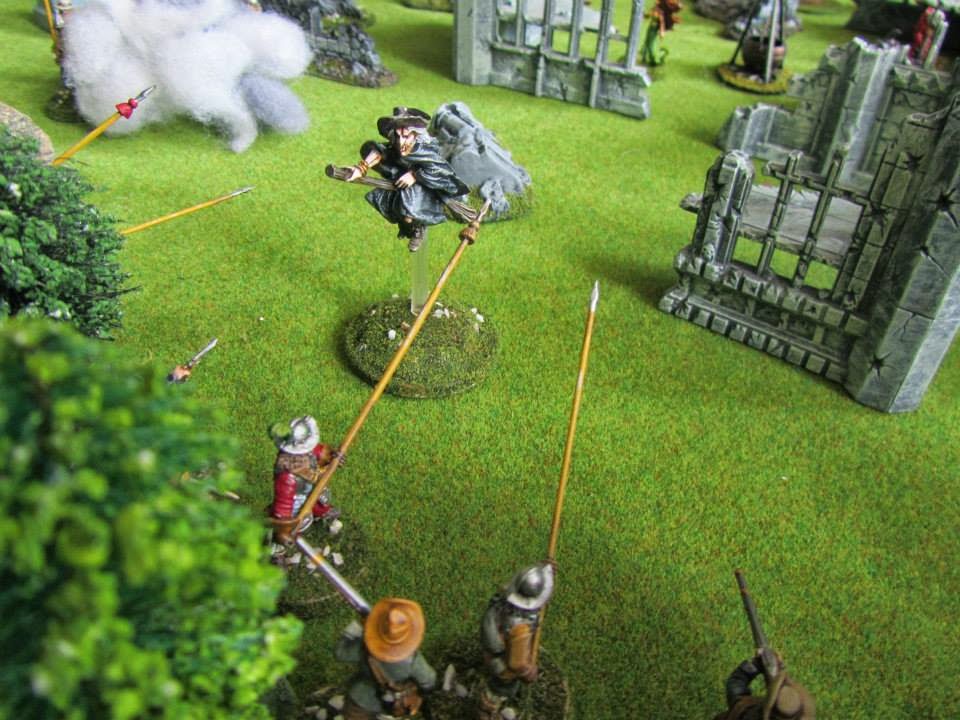 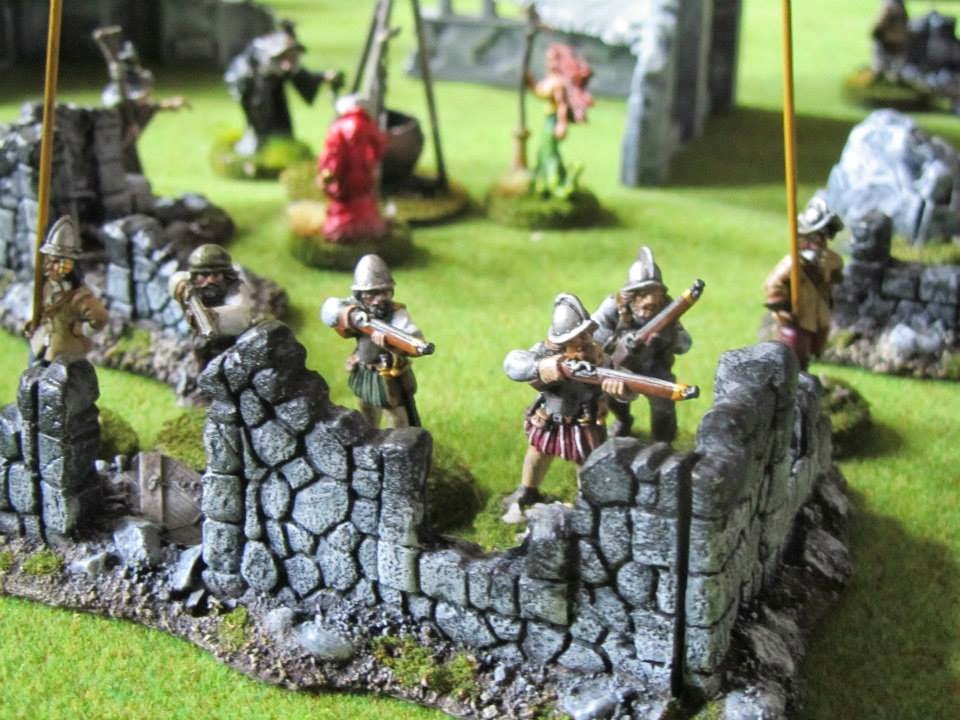 Several excellent pictures made by Jelle, especially of the flying witch! 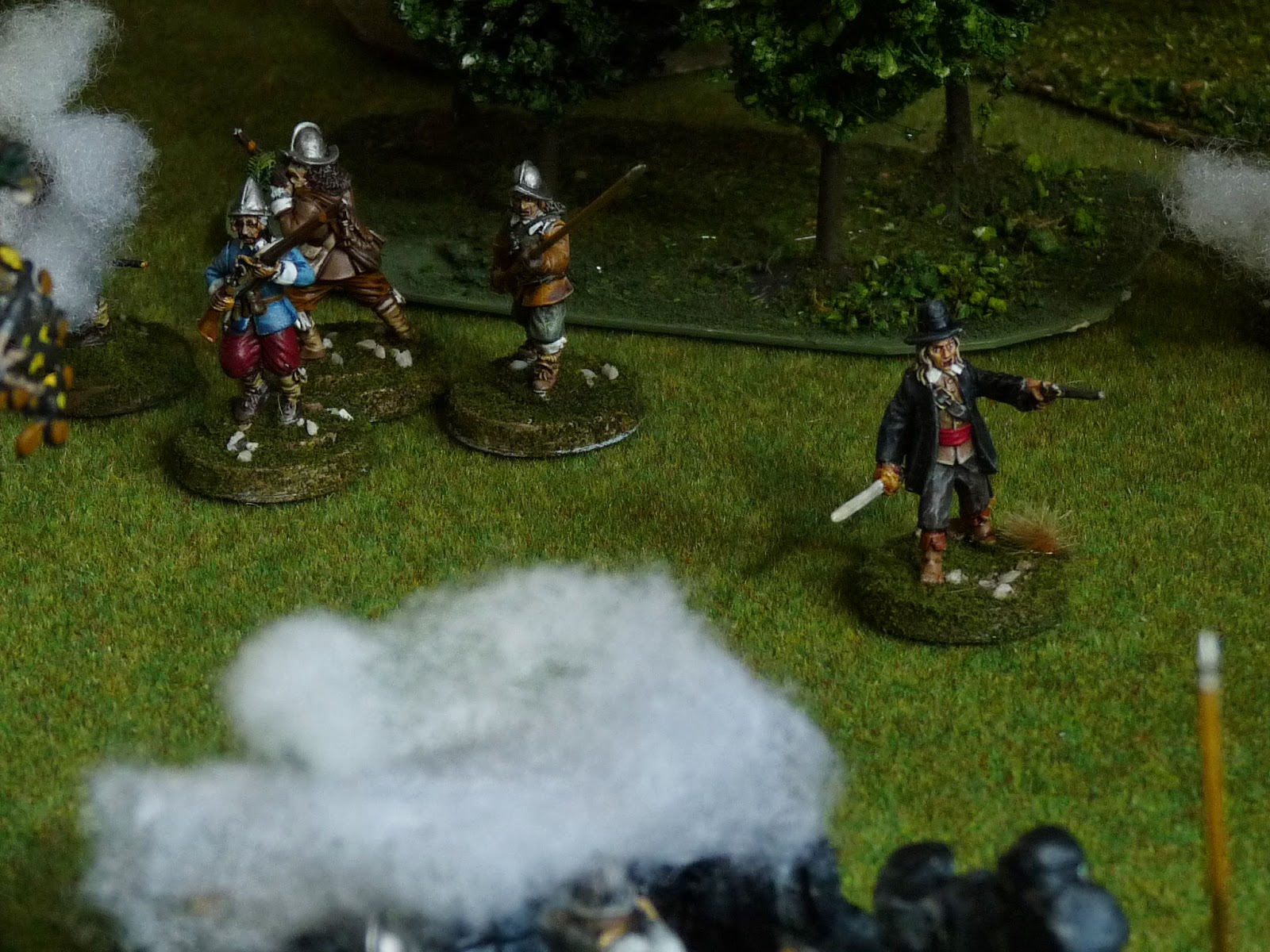 In the second game the Witchfinder rushed to the attack against well-entrenched Blinders. Nevertheless the Beast was Summoned. And then proceeded to hide behind walls while the witches whittled down the Witchfinder's forces! Despite this despicably cowardly behavior (well, they are called the Forces of Evil for a reason...) this won the Witch player his second game, making him the winner. A tough game for the Witchfinder I think, but enjoyable in any case!

Many thanks for Christy and Jasper for hosting us and providing us with superlative accommodations and food!
Geplaatst door Pijlie op 8:07 AM 2 comments: