After running the demo at PolderCon I got the itch again and realised the Germans simply could not be absent from my Barsoom games! So I had to build a German aeronef.

The designs in Space 1889 were unsatisfactory, because they simply looked too much like real zeppelins. However, zeppelins did have that German vibe. So there must be zeppelins.

But they may be smaller because after all Mars gravity is lower. And they must be VSF (and make only limited scientific sense) so I decided to place the ship on top of them instead of underneath. 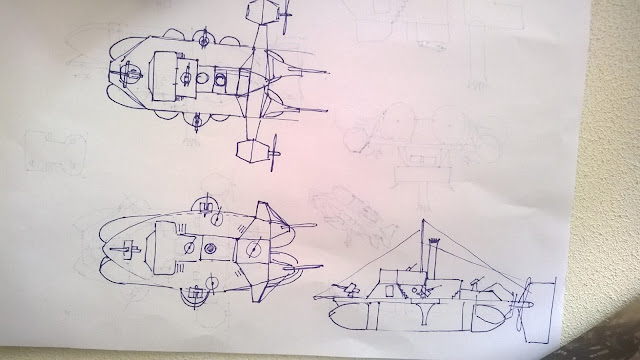 Furthermore the design had to be an obvious result of a British-German arms race, so Walkure had to look like it was designed to beat British Aphids: bigger, heavier armament and armour.

The zeppelins were a challenge but Pringle boxes and plastic wineglasses proved to be the solution. 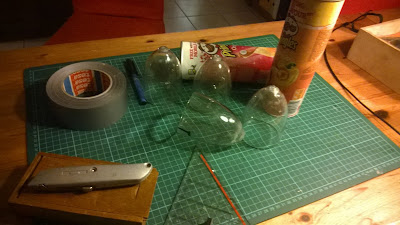 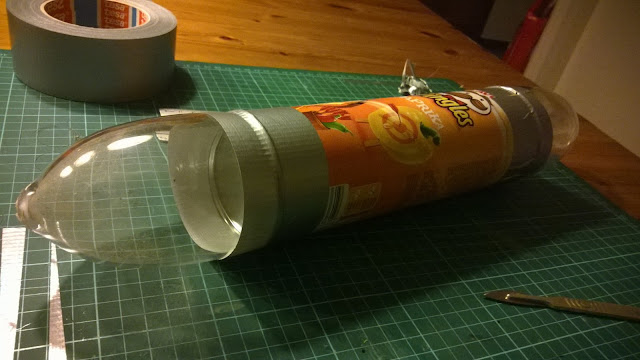 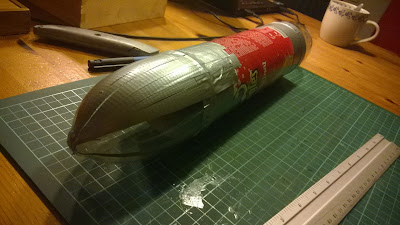 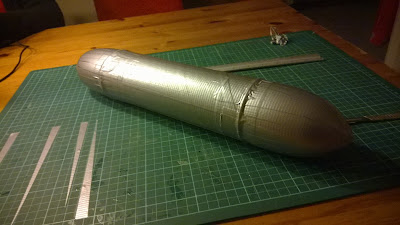 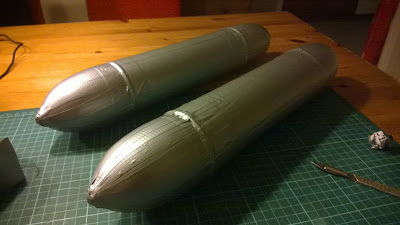 Not sure about the ductape cover. I might remove that again further on.....

Then the sawing molds were made from cardboard boxes and about an hour of sawwork left me with a heap of MDF parts: 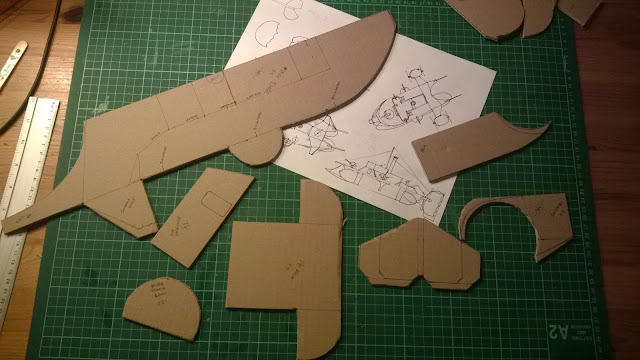 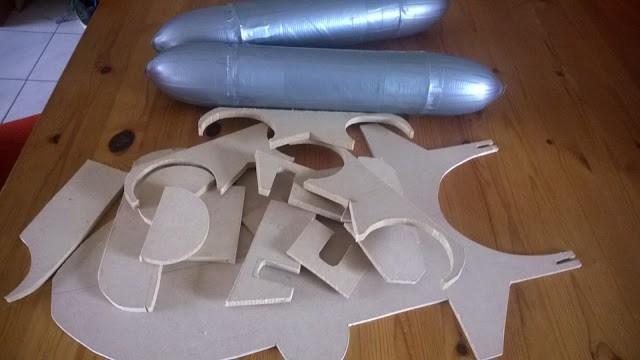 After sanding I glued the main parts in place, found the centerpoint of balance and drilled the hole for the stack/standard holder. Here she is so far with a 28mm figure to give you an idea of scale and the zeppelins in place for the picture. I will keep them removed to facilitate further building and painting. 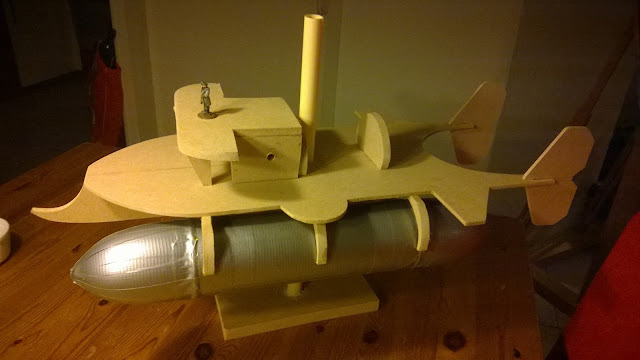 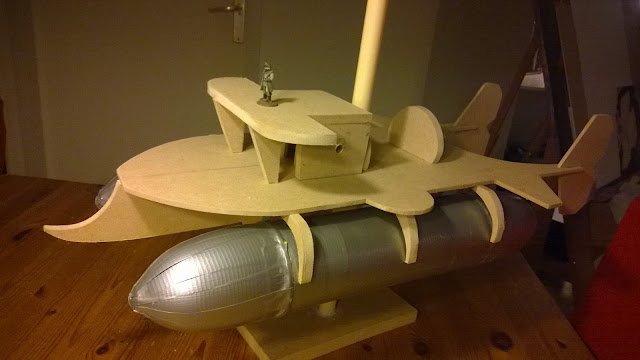