In the time honoured tradition favoured by Games Workshop's marketing department GW has revived an old love of mine: Necromunda. 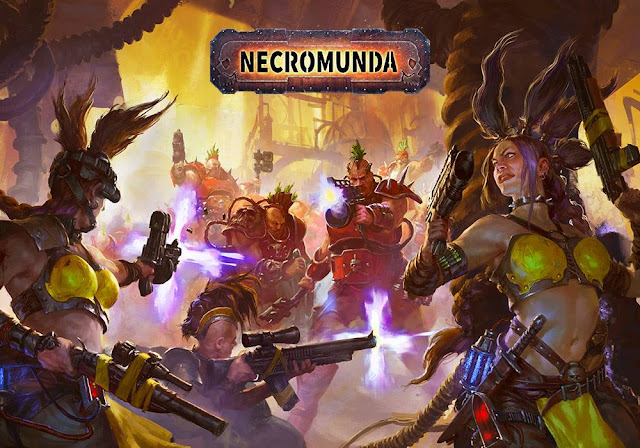 Now I played Necromunda to death around the turn of the century and collected and built gangs and terrain to my heart's content. I still revisit it occasionally and the game is one of my most prized and fondly remembered possessions.

So when a friend of mine asked me to try the rebooted version I was all for it. We played it a few times and I feel ready for a first review. In this review I will -just to be clear- compare this game  to Necromunda 1995 and I will assume you know that game already. If not, check here.

In terms of style and quality of game components GW leaves little to be desired, insofar their product is to your taste. One of the first things you need to know however is that, although the game is still sold in a ready-to-play box with two gangs, the definition of "ready" has changed somewhat. I will get to that. 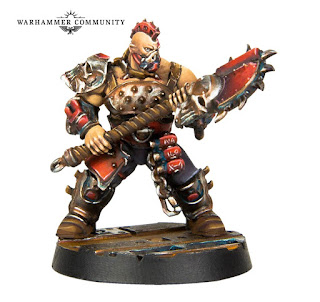 The gangs included in the box are the familiar burly Goliaths (Bondage SM gay-bar body-builders with guns) and the all-female Eschers (heavily armed 1980ies punkrockmetal groupies).  But they have been completely redone and stylish minis they are!

The clunky 90ies Citadel metals have given way to stylish and elegant plastic miniatures in very dynamic poses.

The gangs include a Leader, a Heavy armed with a Chem Thrower (a 21st century Flamer that is) and a number of gangers armed with an assortmant of autoguns, lasguns, pistols and pointy things. The boxed gangs do not include Juves, although the rules do.

The box also includes a Rulebook and a Gang book with Campaign rules. The Gang book onlydeals with the Eschers and Goliaths. This is new. If you want to play with other gangs, you will have to buy other books. (Crud...)

The box includes a number of board tiles that serve as an instant wargaming terrain tabletop (and have given rise to the misunderstanding that Necromunda 2.0 is a boardgame: it is not), a number of great looking doors, barricades and loot crates and of course the mandatory amount of dice, rulers, templates and counters.

This playing surface is also the limitation of play in this box. Gangers have not yet learned to climb, there is no elevated terrain and the Rulebook contains no rules for climbing (although curiously a skill for it). 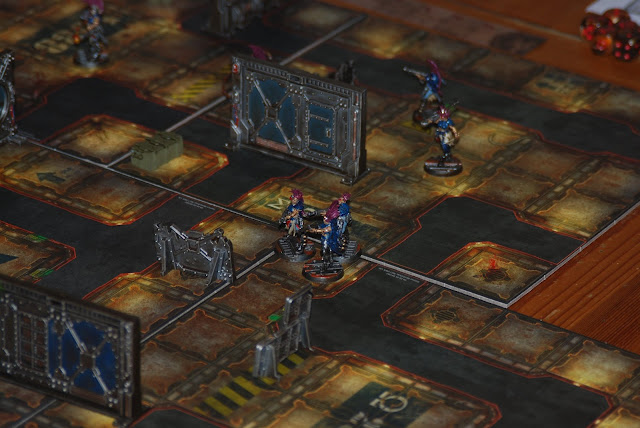 Should you want to play in elevated terrain, you will have to buy another rulebook (Crud again...) and build or buy elevated terrain of course. Lucky me I kept everything.....

Gameplay
Gameplay is quite streamlined compared to the old game.

Major improvement is that gangers now move alternately, greatly enhancing the tactical possibilities over moving your entire gang at once (or at least before your opponent may move.

The Wound table has been replaced with a Wound die, The opposed To Hit vs Strength (or whatever) table has been replaced by 3 stats (Strength of Hit bigger, smaller or equal to Toughness) and things like Ballistic skills no longer need recalculating but are simply the stats you need to roll. The ammo roll is now a die rolled alongside the To Hit die and also indicates multiple hits for Rapid Fire weapons. Bolters still rock. Close Combat is somewhat simplified.

On the downside, Overwatch has been streamlined away as well as an Action (although it is still a Skill available to some gangs) which is a letdown and a loss for the game. It is however easily reinstated using the old rules. The Chemthrower has no comprehensible rules in the rulebook that we could find other than that it "hits automatically" when the template touches the target. What the effect of such a hit may be is left to your imagination. We made up that is is a Toxin Gas of which the effect is described somewhere. Apparently there are more types of ammo for a chemthrower but not (Crud) in this book. Maybe the next one?

As you might have surmised you will need a lot of money to buy a lot of books and a lot of leafing through all these books. Hopefully GW will release a Compendium sometime soon.

Gangs
In the original game the gangs started basically identical. Only in Campaign play would they develop differently. The  new game offers ready-made gangs (and pre-printed cards with stats) to start with. These gangs already are different in that Goliaths have higher Toughness, higher Strength in Close Combat and no long range weapons and Eschers have lower Toughness, higher Speed and long range weapons.

Unfortunately this means that in the confined spaces of the presented scenarios which offer lots of cover the Eschers will ususally lose, as they cannot make use of long range fire and die more easily than their Goliath counterparts from close range fiire or close combat. So I do not recommend the use of the preprinted gangs. It is easy to use identical starting opponents however and they will develop differently when playing Campaigns.

Campaigns
The Campaign system is virtually identical to the old game insofar that it is present. Apparently part of that is in another book as well. I haven't checked.

I would immediately reintroduce Overwatch as this greatly improves the game and makes it more interesting. But in terms of game mechanics Necromunda 2.0 is mostly an improved game. Terrain and figures are fabulous and even better than in the old game. Game components look better as well.

The rules in the starting box are incomplete when you use the old game as a reference. They do not offer play on elevated terrain and rules for some weapons are missing. The preprinted gangs are unbalanced. Splitting up the game in a base set, an elevated terrain set and separate gang sets makes it hideously expensive. I would recommend waiting for the inevitable Compendium.

When you want to start with Necromunda now I would recommend it if your budget allows. Me, I am glad I own the old game.


UPDATE 1:
The Necromunda Rulebook appears to have been released already. Unfortunately this does not include the Gang Lists, for which you still need a separate book. This will set you back a grand total of 65 GBP (or 85 Euros) for the complete ruleset alone, which is still quite hefty in my book.

UPDATE 2:
GW also released another skirmish game under the name of Killteam. While the theme and visual design are completely different from Necromunda, the rulesets are actually quite similar. KT also works with small units on small tables, uses all the same stats and rules as Necromunda does with as main notable differences:
- In Killteam you move your entire team before or after your opponent may move his entire team.
- Shooting happens alternately per figure based on Initiative
- KT knows a charge reaction under the name of Overwatch which means you may shoot at someone charging you.

In this respect Killteam and Necromunda seem to be two slightly different variations on the old Necromunda ruleset.

Christmas holidays: prehistorics and more stuff from long ago... 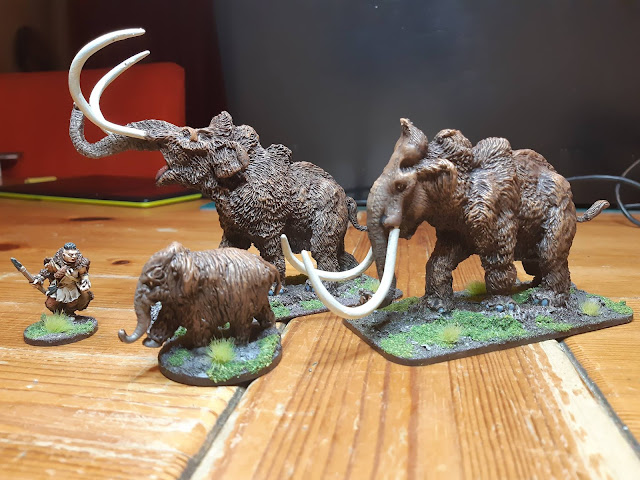 DeeZee mammoths next to a paleolithic hunter. The calf is a converted 20mm Carthaginian elephant made by Hat Miniatures. 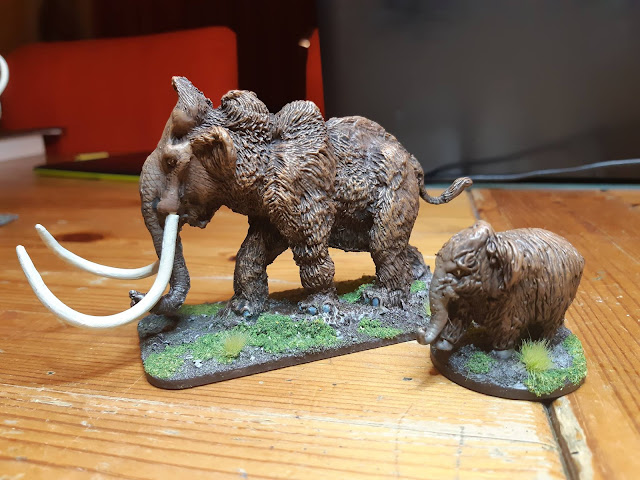 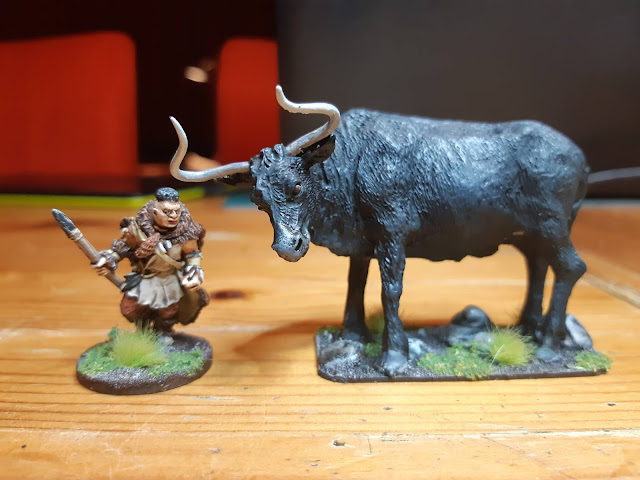 This aurochs actually started its life as a 54mm bull made by Lemax for their Christmas landscapes. Replacing the horns with longer curved greenstuff ones yielded a perfect 28mm aurochs. 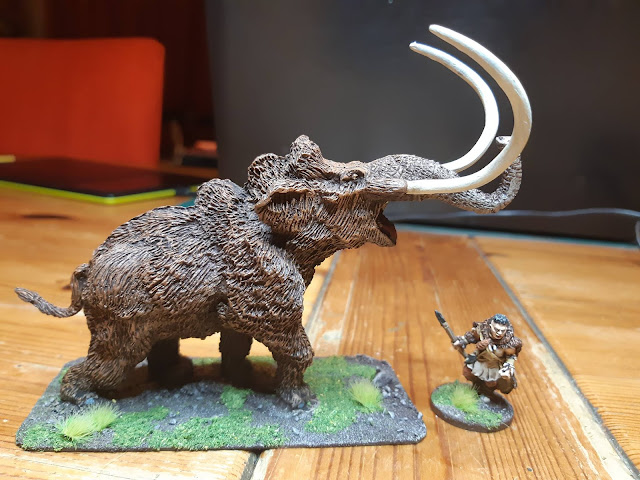 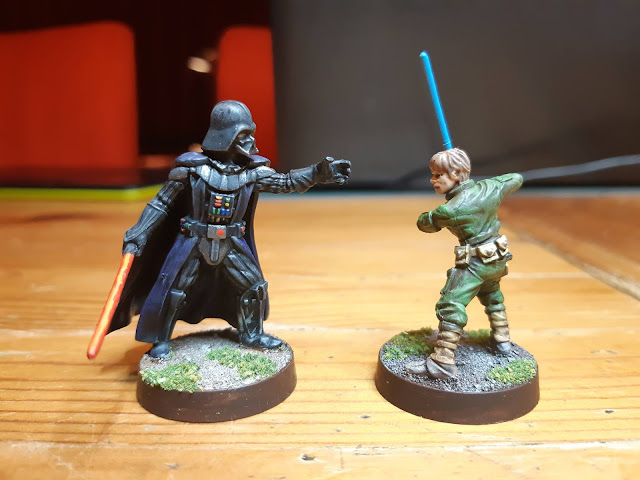 And some more stuff from long ago in a galaxy far, far away.... 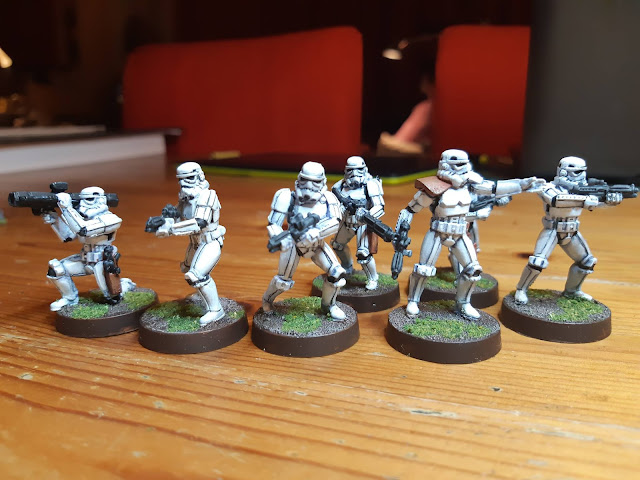 And a nice Christmas present that my daughter discovered in a yard sale. 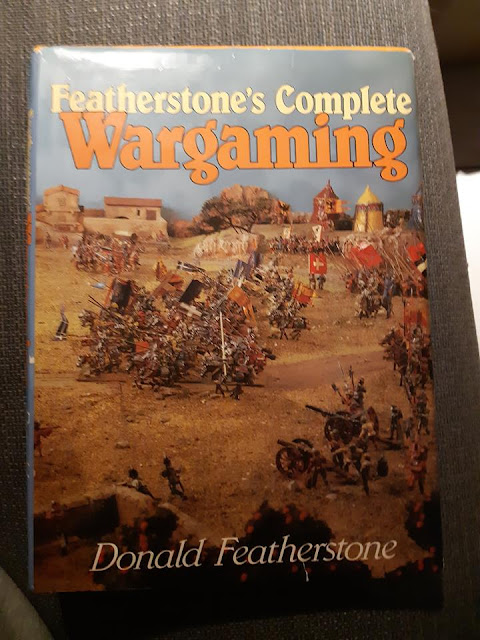