Last weekend the Hired Guns from Uden organized their first convention: Impact 2012. This resulted in an attractive if small convention. About a hundred people attended, which can be considered a small number even by Dutch standards. Partly caused by the fact that this was the first time as well as the fact that another Dutch club, FIGZ, unfortunately  decided to use the same date for their Con.

Nevertheless, I enjoyed myself playing, explaining and enjoying the venue´s excellent coffee, which was a basic need really. The day before I attended the Highlands Rock & Blues Festival. Here you see me still fit and fresh listening to Wishbone Ash.... 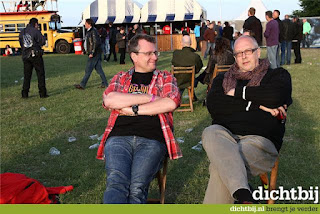 However, since I subsequently did not meet my bed before 1:30 AM on the same Sunday morning as I attended Impact by 16:00 PM I was actually quite knackered. Despite some lack of sleep and consciousness we hosted a 20mm SYW game with the Black Powder rules. Here are some pictures. 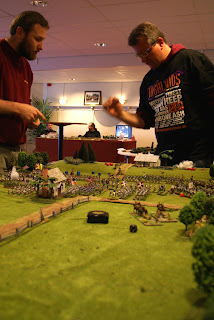 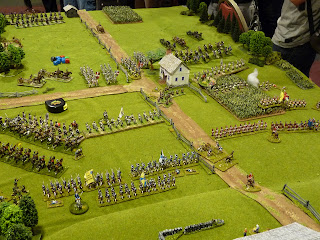 A few impressions of the painting contest: 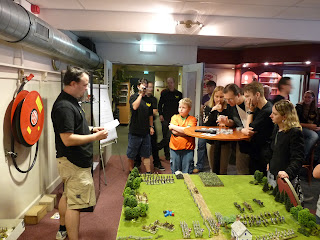 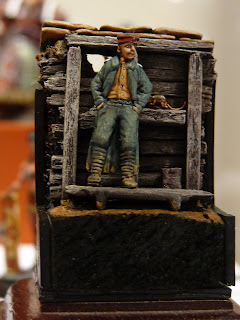 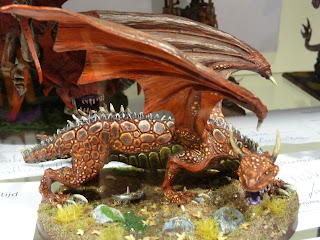 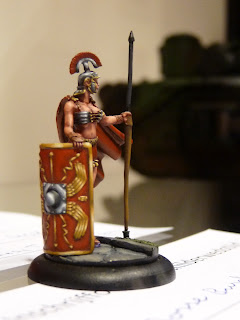 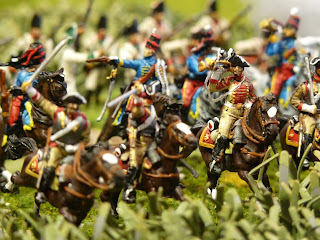 And finally a less-than-perfect but quite dynamic image of my cuirassiers charging through a corn field; most likely with disastrous results but with great panache nonetheless.

Here is some local press coverage.