It was the night before Christmas, and zombies were everywhere....

On December 23rd we played our traditional last gaming night at the club. 9 Players had joined to execute some last-minute missions in a zombie-infested Raccoon City before the military closed up the city completely. In the course of the game they found out why quarantaine was a good idea in the first place! 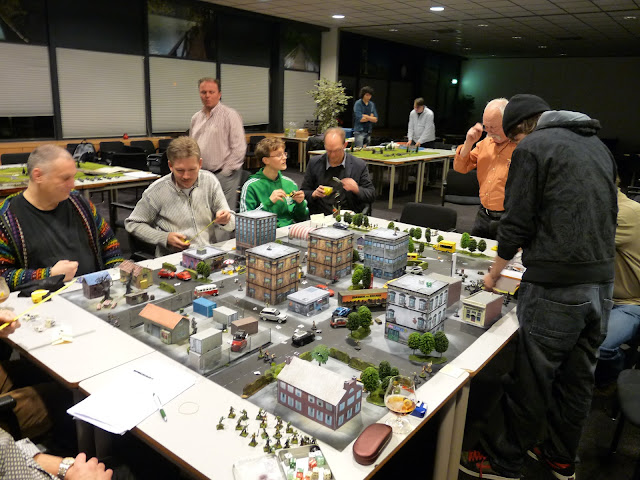 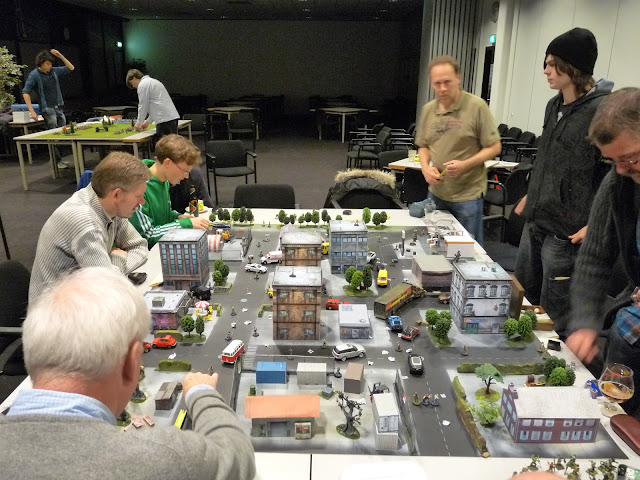 The players each had a secret mission, like rescuing a group of kids or tracking down a postman carrying the formula for the Zombie Virus in his bag. These mission targets were hidden on the table. The kids had hidden in an abandoned school bus and the postman was actually one of the zombies! To spice things up, most players had a conflicting mission with which to thwart at least one other player!

Gradually, as the players moved deeper into Raccoon City, the clues (and the conflicting missions) were unveiled with a bloody battle as a result with players shooting at each other, as if being chased by zombies wasn´t bad ebough by itself!

Eventually Bart´s last survivor guided the school kids off the table and was pronounced winner of the game, as well as Hero Of The Day! 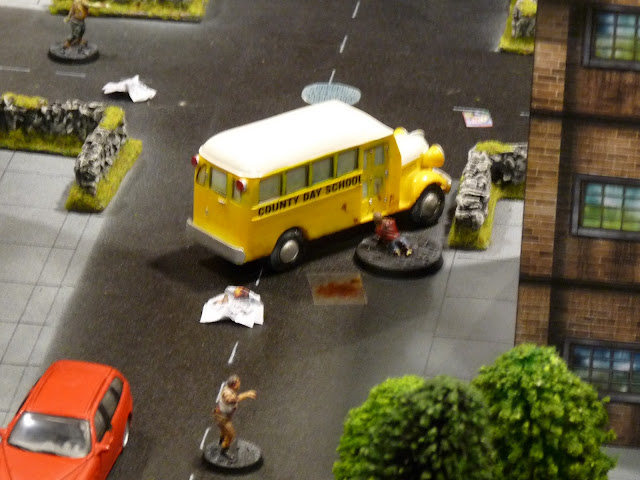 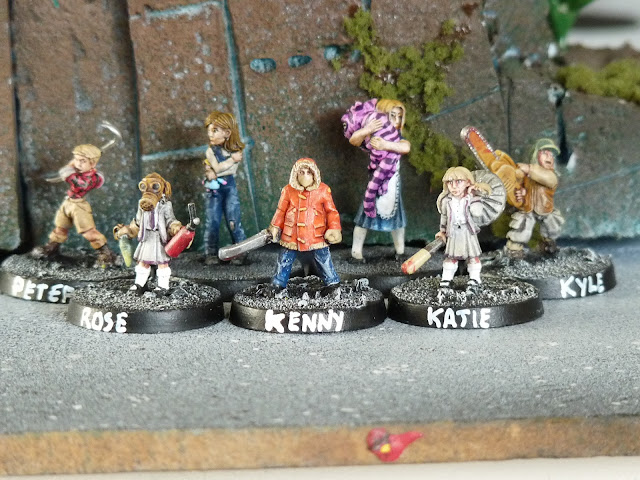 As I was the GM, I only had time to snap a few pictures before the game demanded all my attention, but fortunately players took pictures as well so here is even more photographic material: 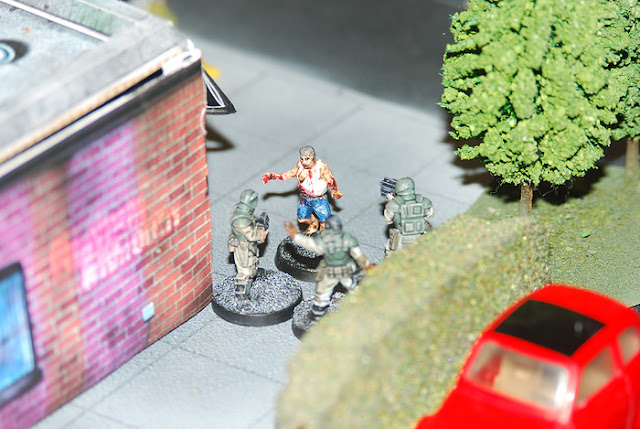 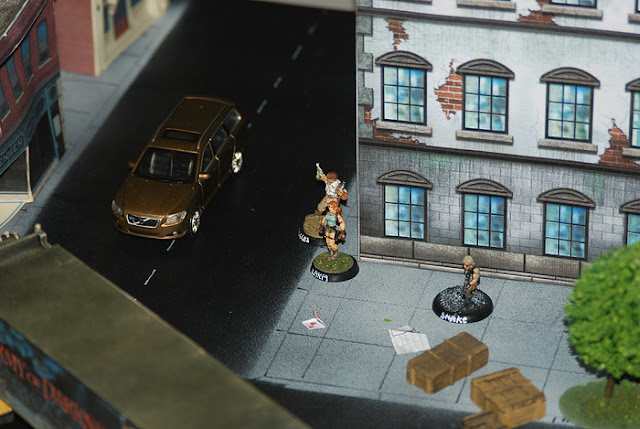 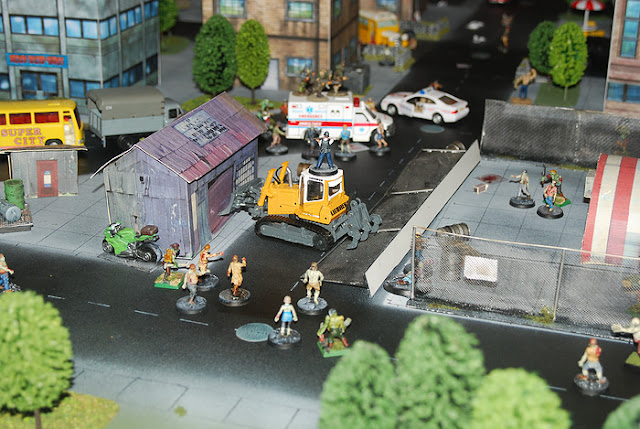 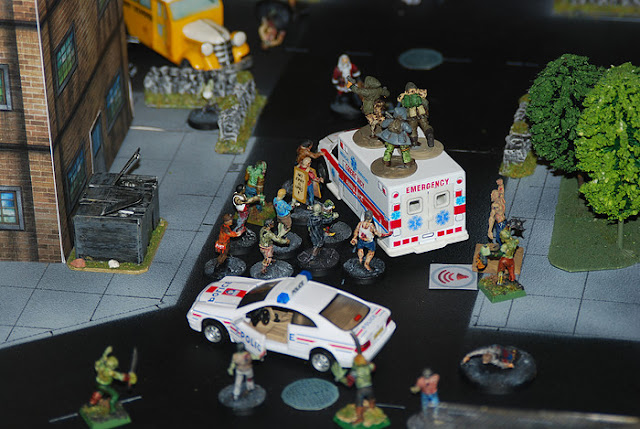 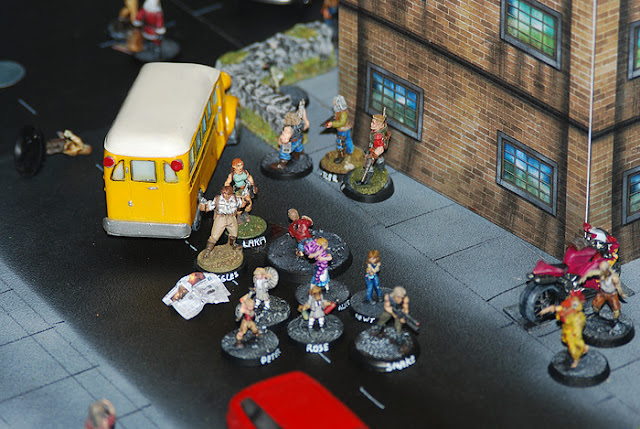 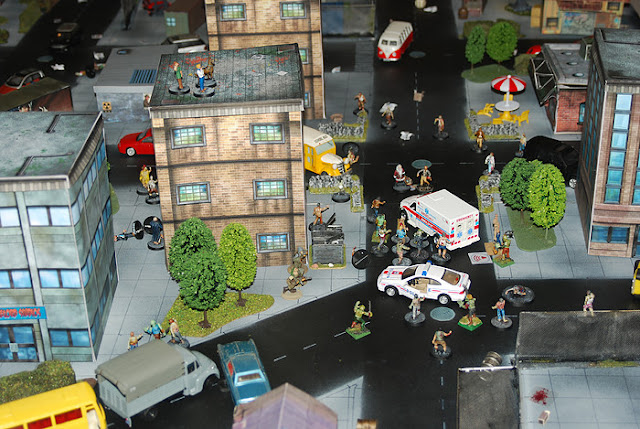 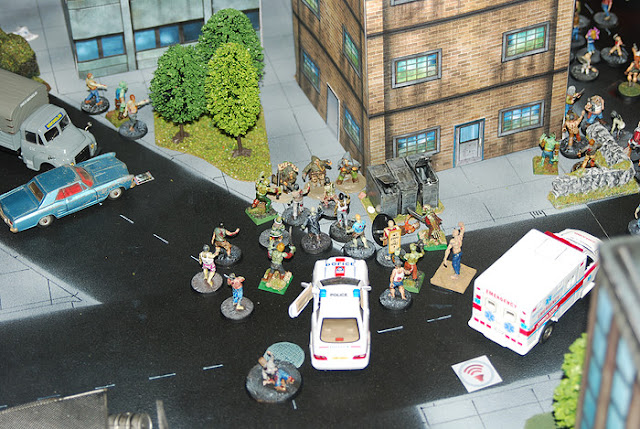 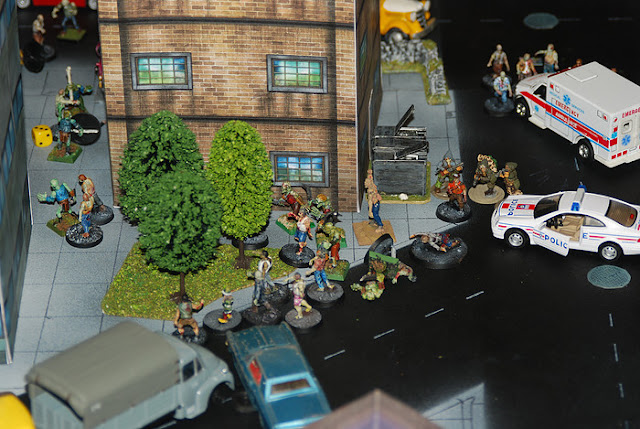 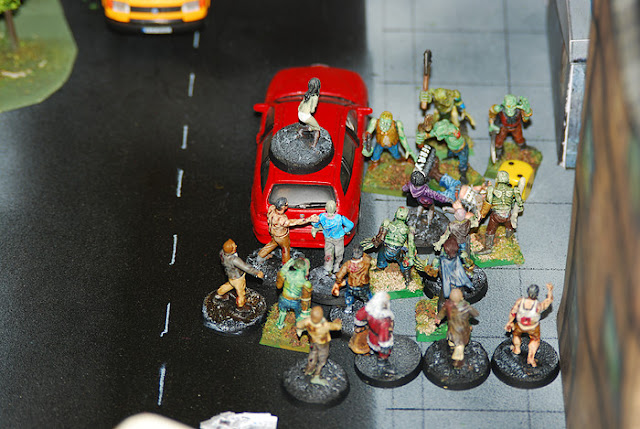