Last weekend we played our annual garden battle in Luc´s back yard. Words would not do justice to the hilarious chaos that was the scenario. 12 players wielding teams of Royal Navy, vampires, London gangs, zombies and Deep Ones, the Spanish Inquisition and suffragettes battled it out in Victorian London to gain their insidious and oftentimes diffuse goals.

Building up the tablewhile the rainclouds slowly receded: 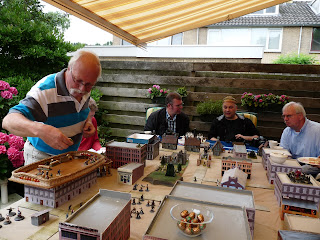 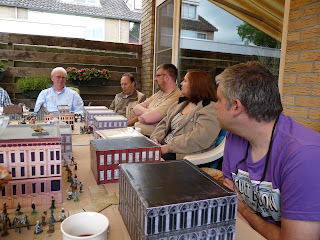 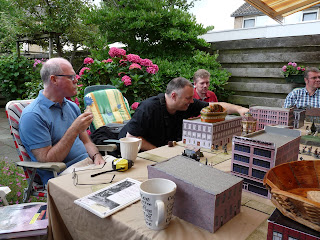 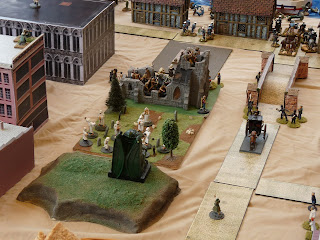 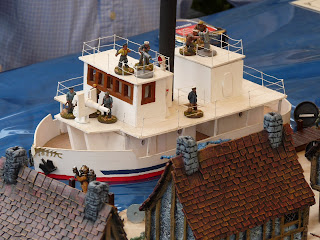 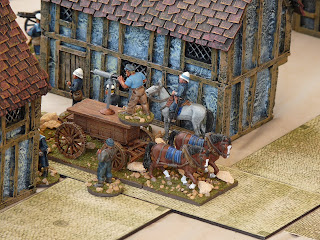 A Steam Walker of unclear affilliation 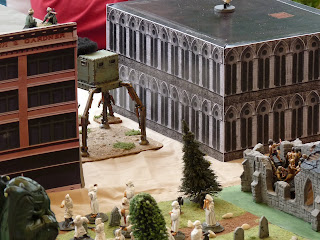 Some recently deceased Londoners looking for a second chance 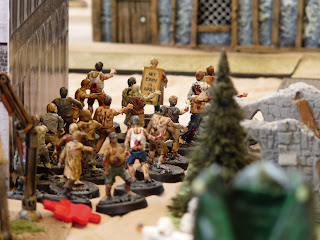 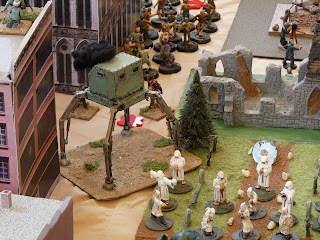 Deep Ones looking for the Royal Navy 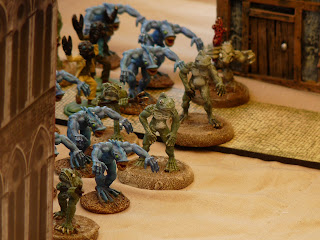 A steam-powered Marine (or something)﻿ 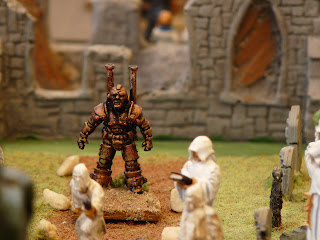 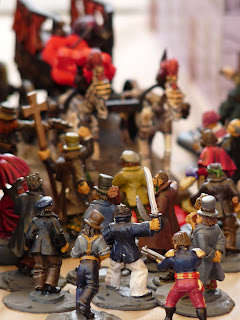 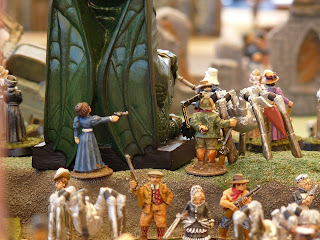 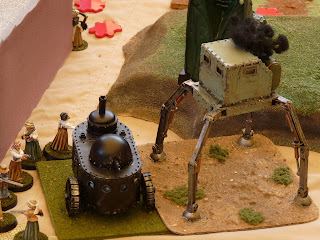 All in all a hilarious and chaotic day with traditional last-minute good weather and enjoyment all around! Many, many thanks to Luc and Lex for organizing the whole shebang!
Geplaatst door Pijlie op 10:09 AM 3 comments: