I promised my neighbour (of 10 yrs of age)  I would treat him to a game of hunting Dinosaurs. It resulted in a very enjoyable afternoon in which his Spinosaur ate my hunter, my Diplodocus trampled my other hunter and he bagged more giant Dinosaurs than anyone. He then launched an idea to have our hunters sneak through the jungle to our airship that proved even more thrilling (and a lot less dangerous) than shooting at the beasts! 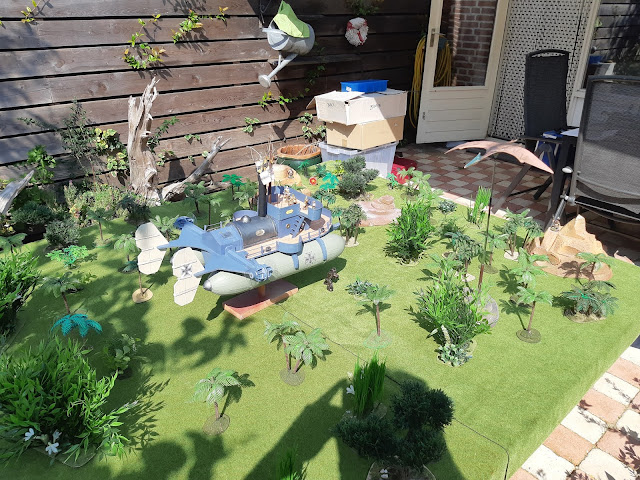 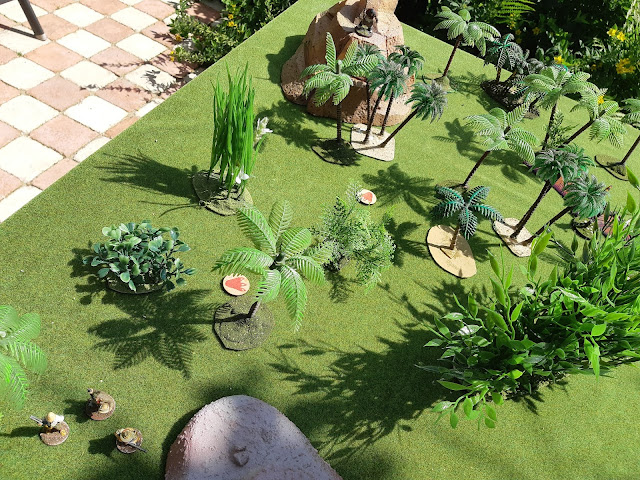 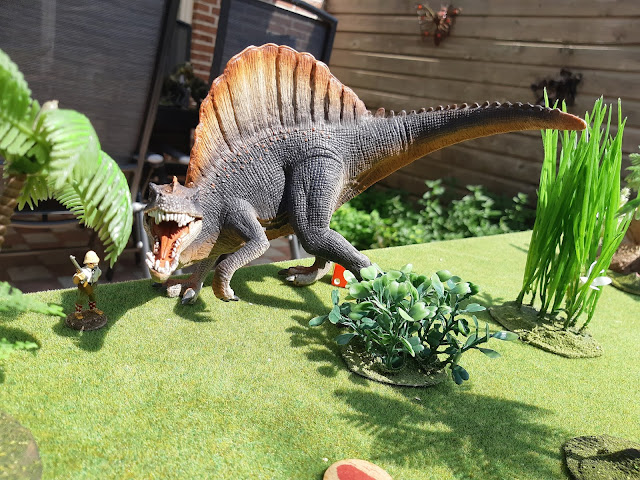 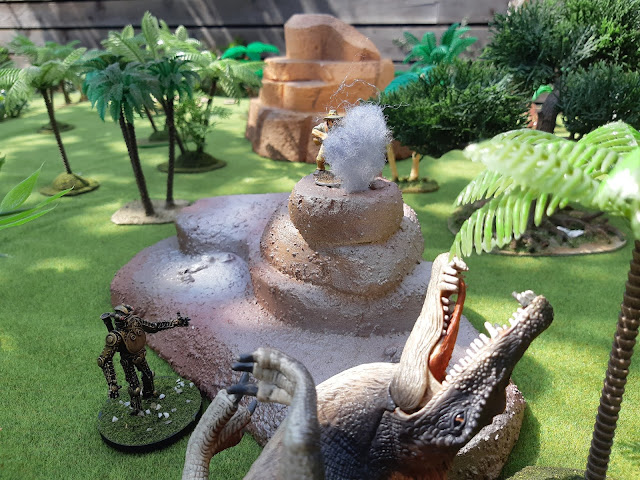 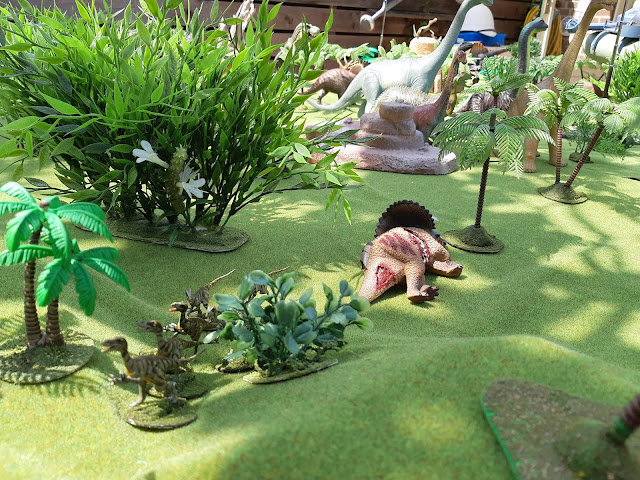 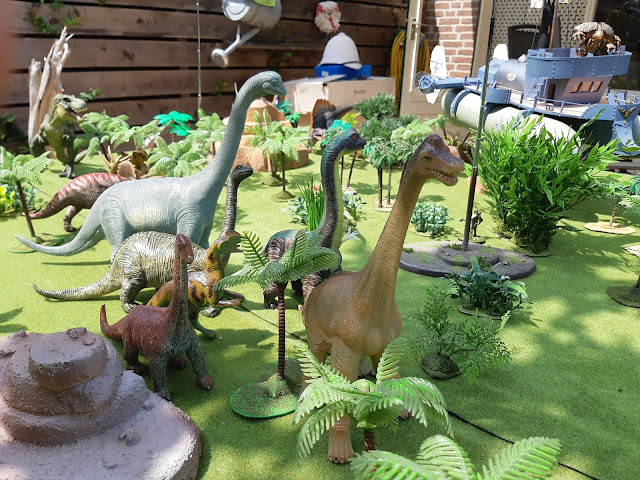 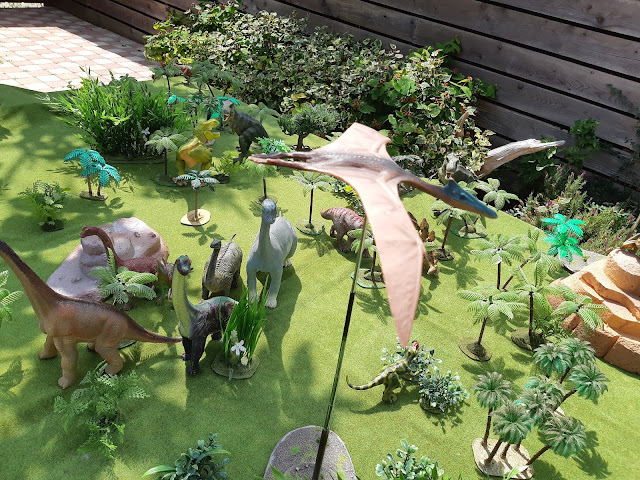 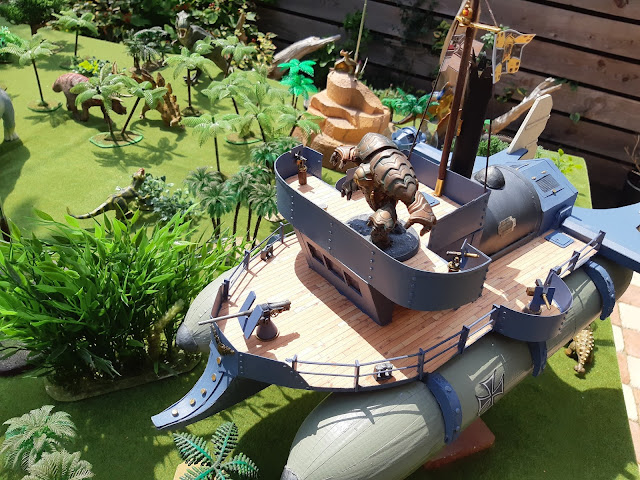 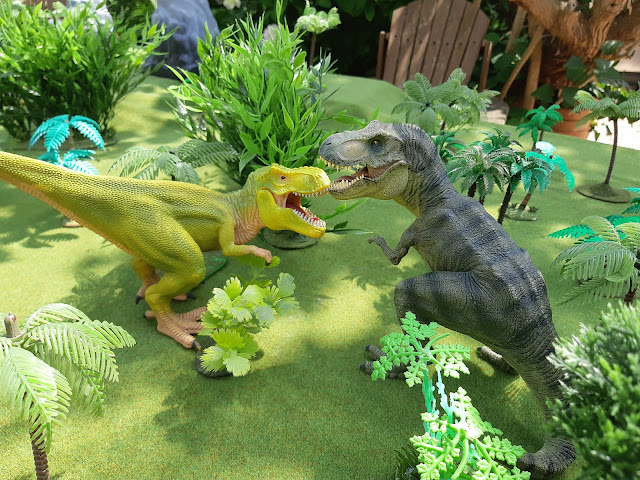 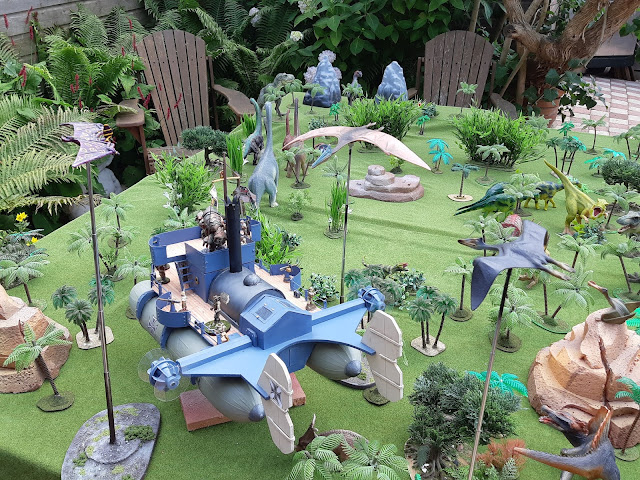 We used PEW PEW rules augmented with a special Dinosaur rule. Each turn the hunters rolled for spotting. On a 6 a dinosaur was found, rolled for on a table. On a 4 or 5 tracks were found and the hunters gained a track counter. Track counters give a +1 on a spotting roll per track counter. So eventually a 6 was inevitable.

One of the results on the dino table was a caveman tracker, who would also gave a +1 bonus on the tracking roll.
Geplaatst door Pijlie op 5:56 PM 5 comments: