After years and years I finally have my den, my Man Cave! Modest, I admit, but still I managed to store my entire wargames collection and library there. It is complete with comfy chair for the cat (and I can sit there as well when she's away), music an copious amounts of books and stuff! 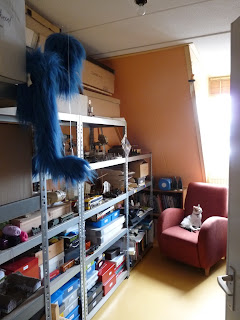 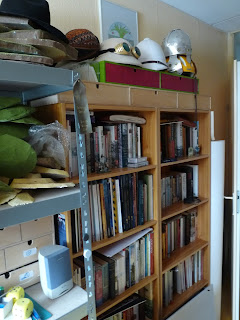 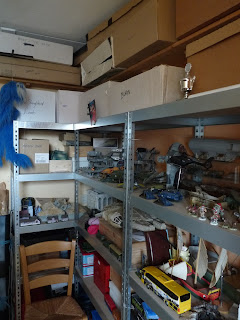 When hauling my stuff into the room, which came from all over the house and the shed, I encountered several things that must have been left by strangers, since I have no idea how I acquired them, and at least one unit of troops apparently painted and based by myself of which I had no memory at all when and why I did this or when I even bought them. It's a mystery....
Geplaatst door Pijlie op 11:30 AM 5 comments:

Pictures of a TW game at my home. We played a scenario that I wrote for Stargrunt II years ago based on the Blackhawk Down events. A shuttle carrying the President and his bodyguard crashes in a jungle deep in enemy territory. Com equipment is down and they dare not leave the wreck. Marines will need to reach them and escort them to one of three LZs nearby﻿to be picked up by a transport VTOL. In the meantime enemy troops close in on the shuttle wreck. The Marines have a VTOL gunship for air support and two transports. 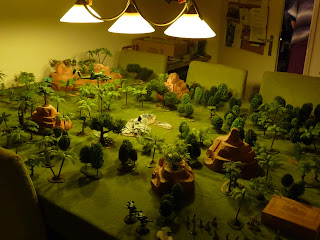 The table setup. Lots of trees! The crash site is In the middle of the table. 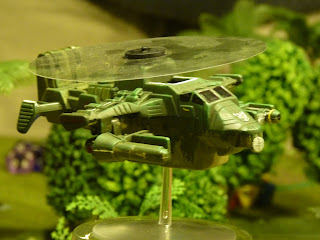 One of the transports made from an old HappyMeal toy.﻿ 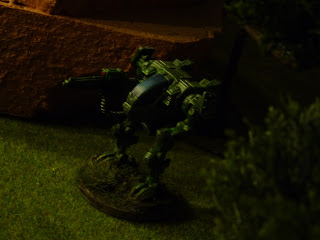 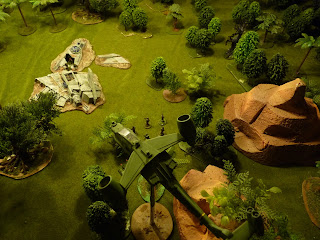 The gunship hovering over the crash site while Marines approach the wreck. 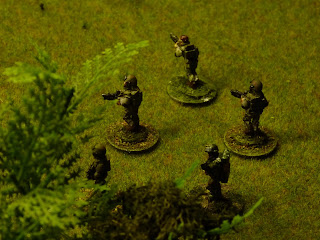 RH Miniatures Marines on the ground. Faced with the Rebels coming in all around them in ever-increasing numbers and with no reinforcements their losses amounted to over 50% during the game. 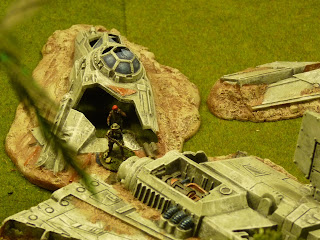 The President (on the phone, trying to reach help) and his bodyguard in the wreck. 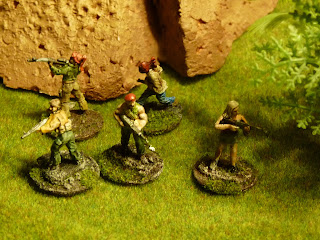 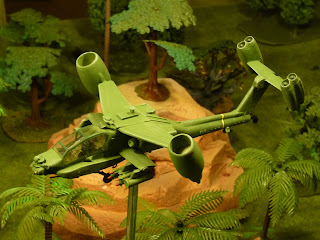 The gunship strafing the jungle with devastating effect. I over-armoured the gunship somewhat, making it practically invulnerable for the Rebel's RPG's. 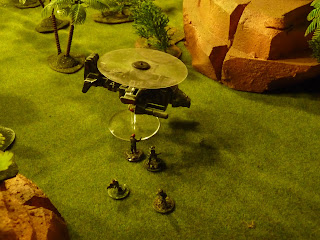 Here the president is running toward the transport. No Rebel units where nearby so he made a safe run off te table.
Geplaatst door Pijlie op 8:22 AM 7 comments: