Last night we revisited The Great War rules. Of course I forgot my camera so I´ll make do with some older pictures of games long past ;o) 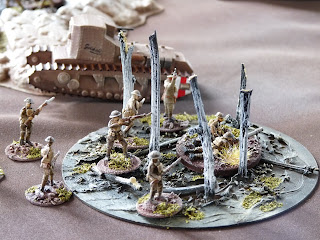 A Canadian attack group supported by Whippet infantry tanks attacked a German trench battallion during their retreat to the Hindenburg Line in the summer of 1918. 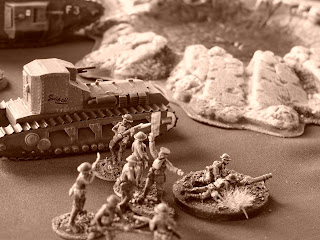 The Germans had entrenched themselves in a ruined village and had covered the road with medium field guns. The Canadians attacked on the German left flank but their concentrated formations suffered heavily from German HMGs and was slowed down signficantly. Despite losing their frontline platoons the Germans managed to stall the Canadians, knock out one tank and call in a Stormtrooper group as reinforcements. The game remained unfinished due to our late start but the Germans were still firmly entrenched at the end of it. 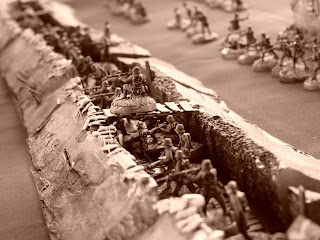 For my coming GASLIGHT VSF games I painted a number of Steampunk figures that had been gathering dust for the last few years. Most of them are made by Steve Jackson Games and a few of unknown (or forgotten by me) manufacturers.

First some of the old Warzone plastics. I went for a more late Victorian VSF feel with swapping some weapons or adapting them. I am not happy about the shoulder pads (but they won´t come off in a pretty way) and I think that the head of the blue "German" officer would be better if I used a British head with a peaked cap. 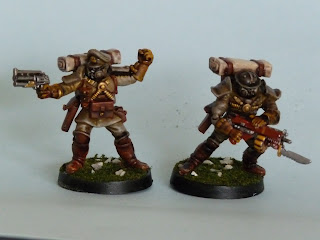 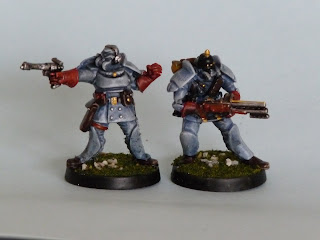 Then the Masters of Mekaniks! Victorian scientists (not looking all too stable in some cases) and their humanoid contraptions. The guy on the far right even worked on himself! 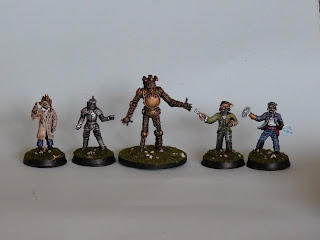 Then some stylish gents and Ladies (well, women anyway). Note the female trooper of Flashman´s hussar regiment and the Clockwork Cat. 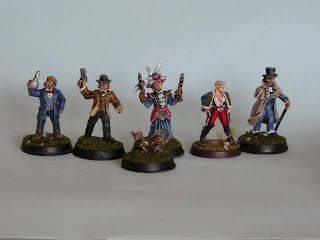 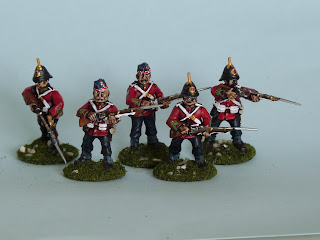 Some of my painting of the last few weeks. Be it the nuclear winter or World War Z, these people have survived it! But will they survive the next game....? 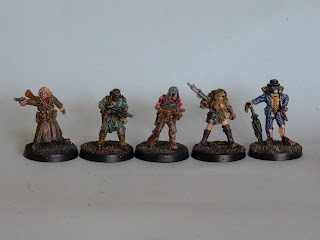 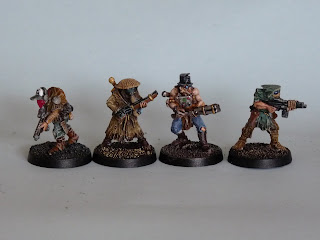 EM4 Scavengers bought at Crisis last year and already they have been painted! I am so proud of myself. I especially like the stylish gent in the far right of the top picture.
Geplaatst door Pijlie op 12:50 PM No comments: