For my Mythos Wars project, a few Elder Things were of course essential. Failing to find miniatures I was pleased with, I rashly decided to sculpt them myself. Starting with a description from "At the mountains of Madness":

Six feet end to end, three and five-tenths feet central diameter, tapering to one foot at each end. Like a barrel with five bulging ridges in place of staves. Lateral breakages, as of thinnish stalks, are at equator in middle of these ridges. In furrows between ridges are curious growths – combs or wings that fold up and spread out like fans. . . which gives almost seven-foot wing spread. Arrangement reminds one of certain monsters of primal myth, especially fabled Elder Things in [the] 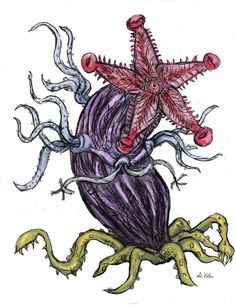 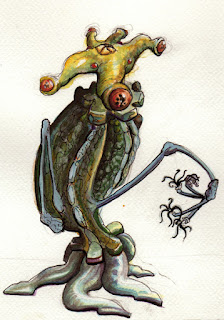 I decided to make the bodies from FIMO clay, as this can be baked and would be hard enough to attach the rest of the parts to. 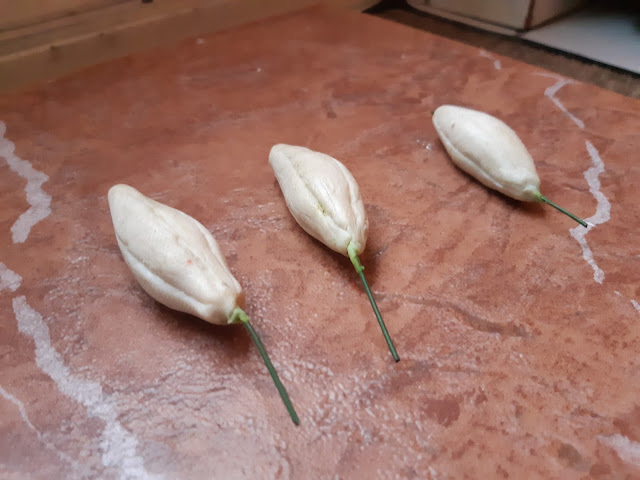 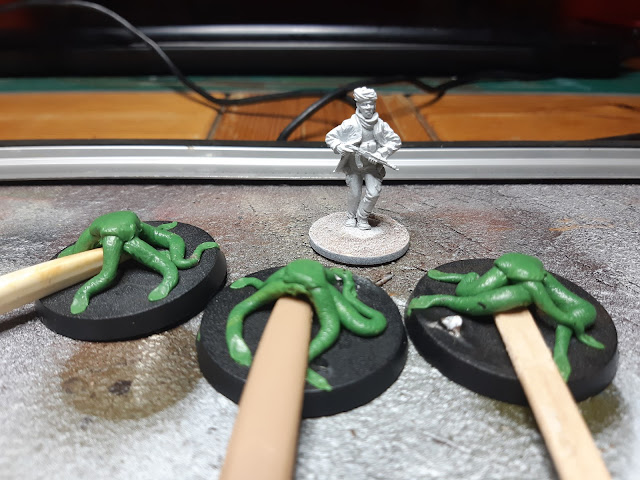 The next part was the undercarriage, made up of greenstuff and shaped into 5 tentacles ending in a triangular footpad. 28mm figure for size. 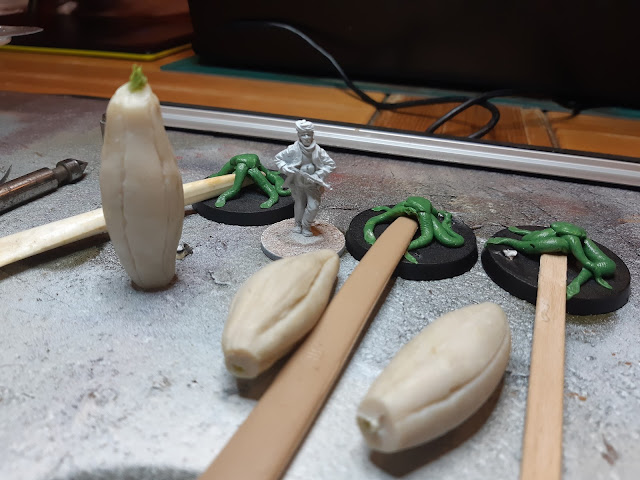 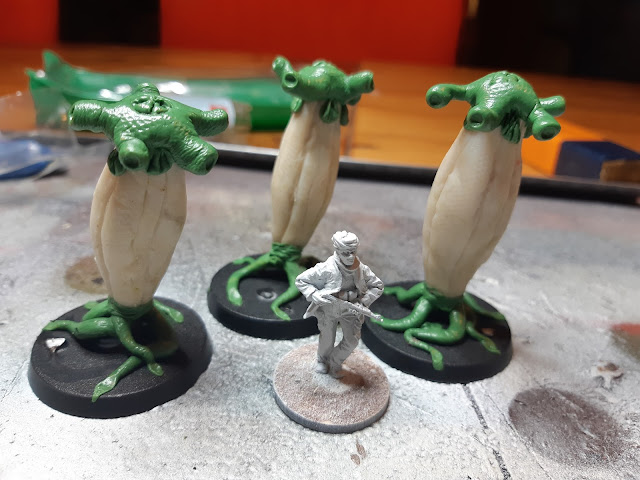 Then the bodies were glued to the tentacle bases and I sculpted the 5-point star-shaped heads from green stuff, adding these to the body. 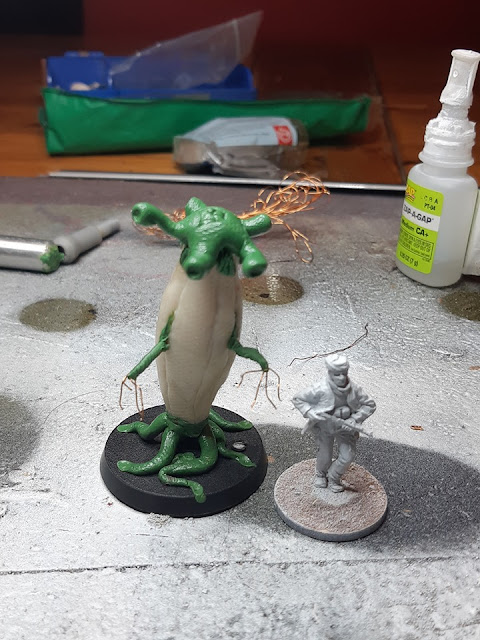 The arms were a challenge, being described as tentacles ending in thin tendrils. I made them from unbraided electrical wire and greenstuff. 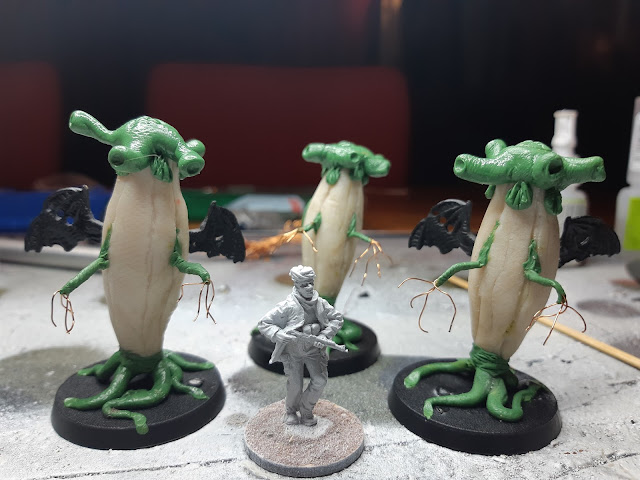 I kinda cheated with the wings, using some parts clipped from old MageKnight miniatures. Not quite satisfied with them, but the greenstuff needed to harden before I could continue. 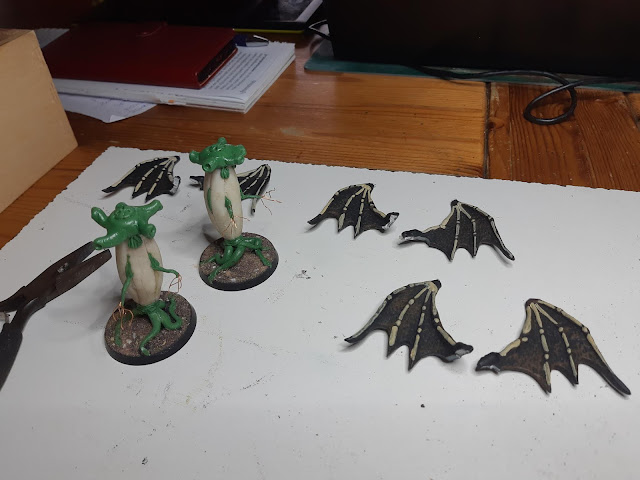 The next day I found better wings in the Mageknight bitbox. 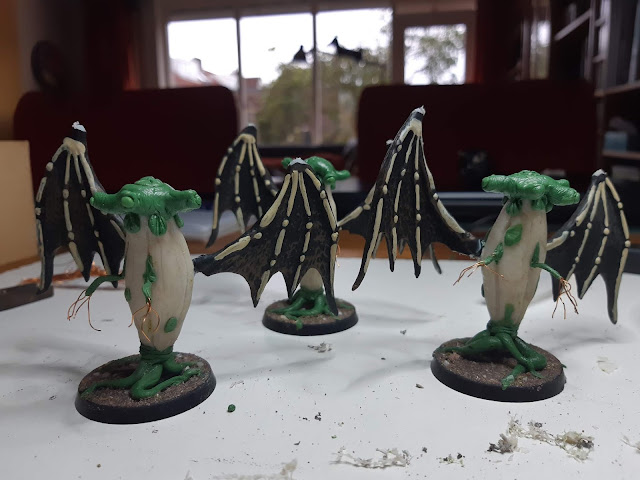 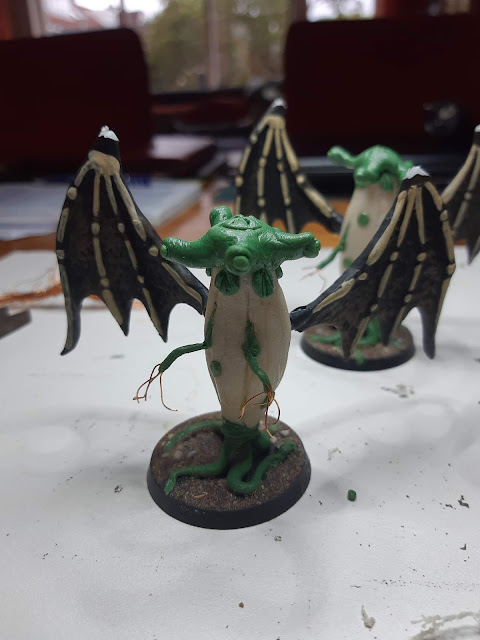 Added eyes, some more body structure. Tried to add more details to the heads but sculpting is HARD people! SO I threw the gauntlet and primed them with spraypaint primer. 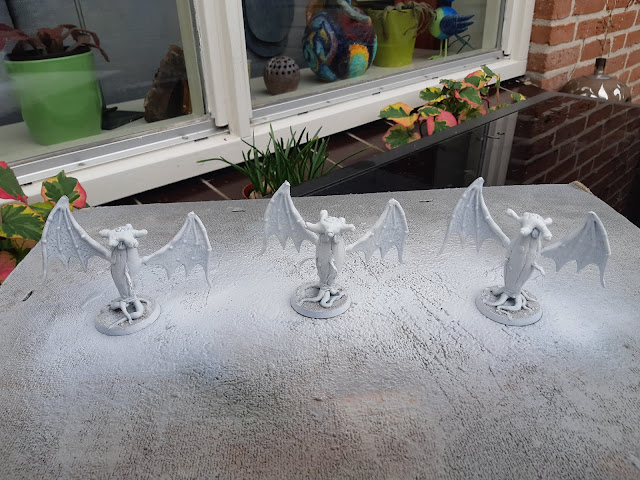 And here is the (almost) finished eindproduct. 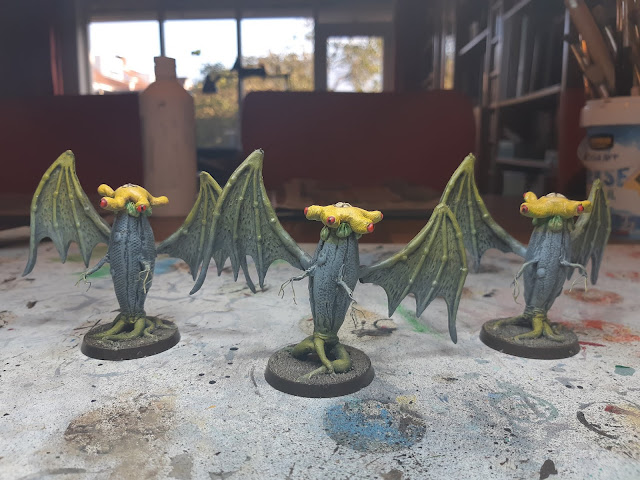 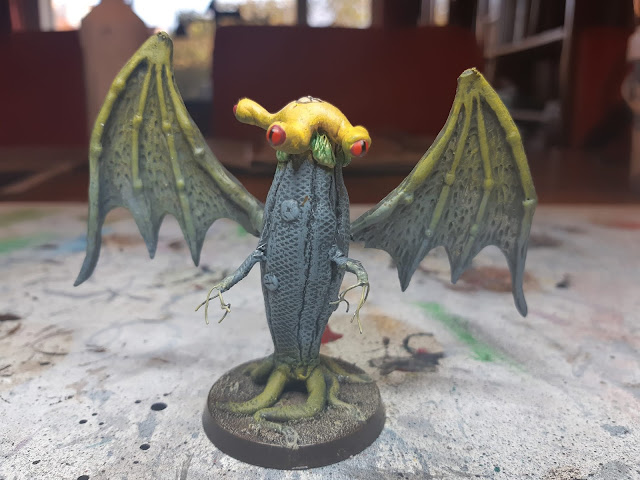 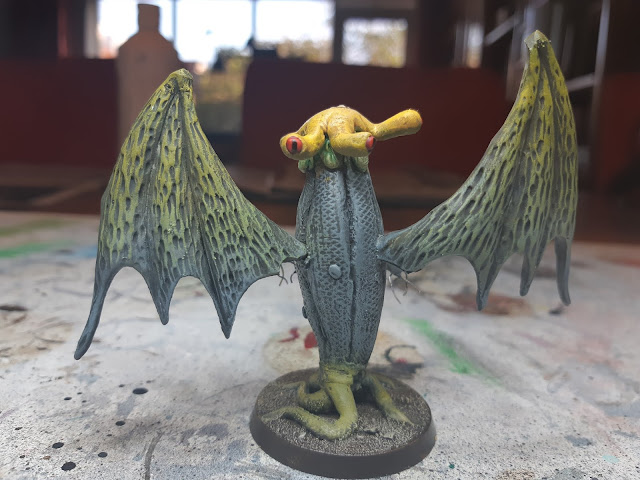 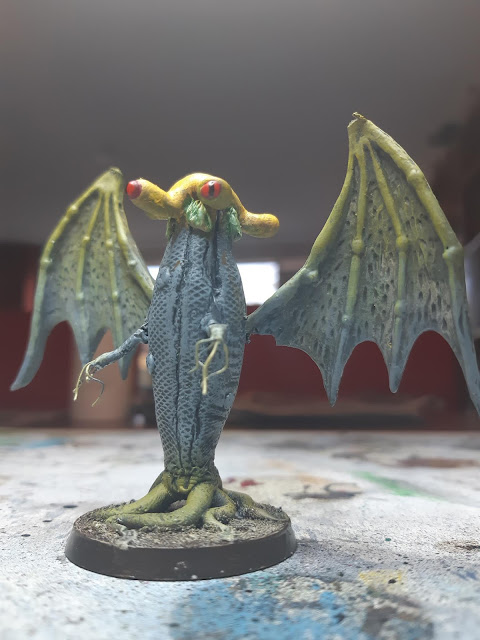