I have painted the last (for now ;o) of my Witchfinder General figures, mostly Warlord Games Miniatures reinforced with some miscellaneous stuff I had lying around. Below are the WG Clubmen in their role as Angry Villagers, traditionally equipped with pitchforks and torches. On the left you can see a plastic WG matchlock man and two lovely plastic pirates from an old Pressman boardgame I acquired years ago. 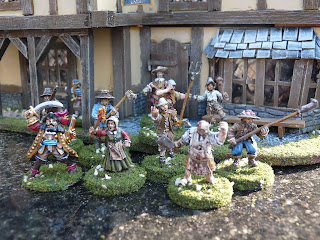 As someone pointed out my tavern did not have a loo. Unable to cope with such a level of unrealism I felt compelled to correct this. Behold the Outhouse! 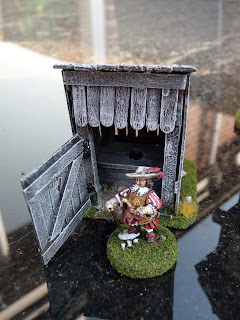 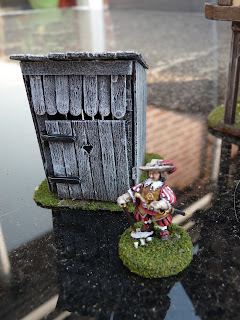 A gallows for an upcoming WF scenario. 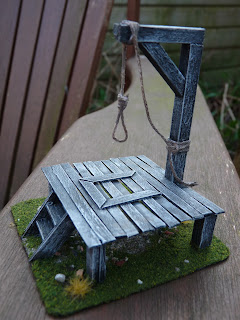 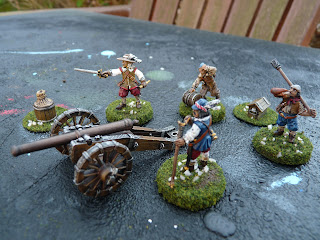 And if you roll a 6 on your Familiar roll you´ll get this! Does this look Familiar to you or not? 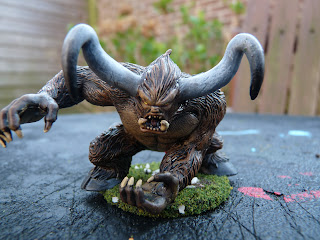