The Colonial Marine Corps General Staff was clear about it: there will be turkey at the annual Christmas dinner.

However, all turkey appeared to be sold out throughout the entire Federation, except for a stash of frozen ones located on the remote terraforming colony LV-2512.

Unfortunately LV-25 has stopped responding to calls a few days ago, so the Corps will have to take a look and see for itself. And to generate some training value, they decided to make a competition out of it. Ten squads will compete and see who will be the first, second and third to grab a cart with deep-frozen turkeys.

As it turned out, once having arrived on LV-2512, the Marines found themselves on the menu, instead of turkey....

So this game was played on December 23rd at the B.O.D. game club. We used a homebrewn ruleset, lots of different miniatures, Prodos, Horroclix and GaleForce9 Aliens and great chaotic fun was had by all 12 players. Manythanks to Anton for his help and Gerco and Rob for their pictures. 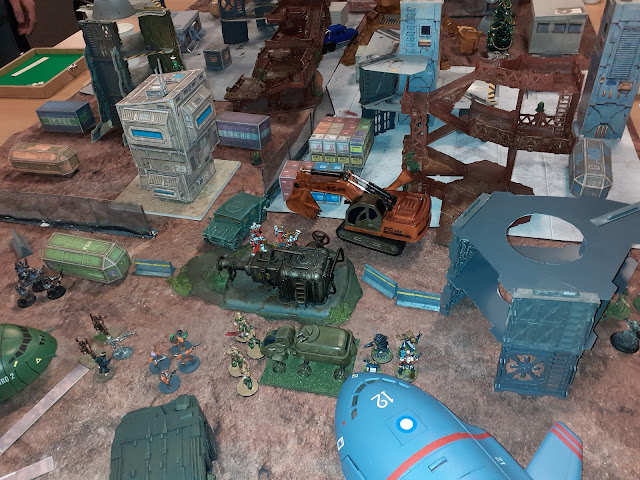 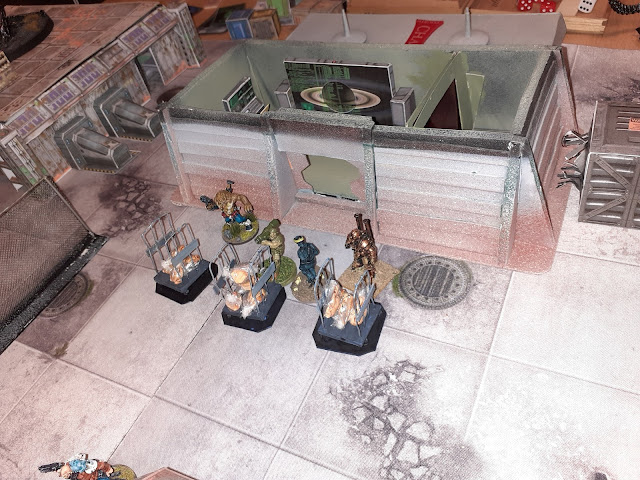 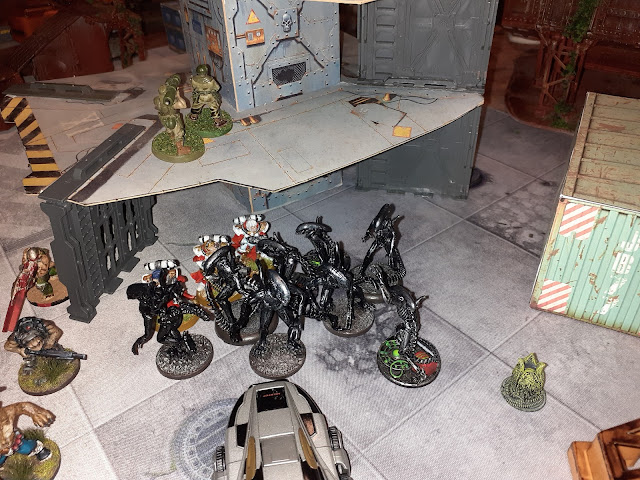 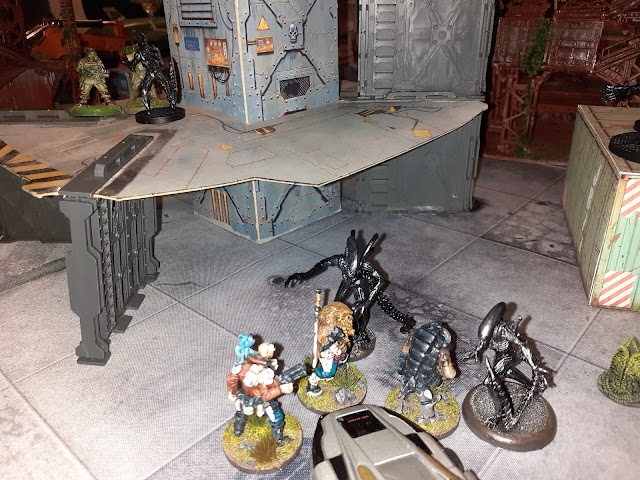 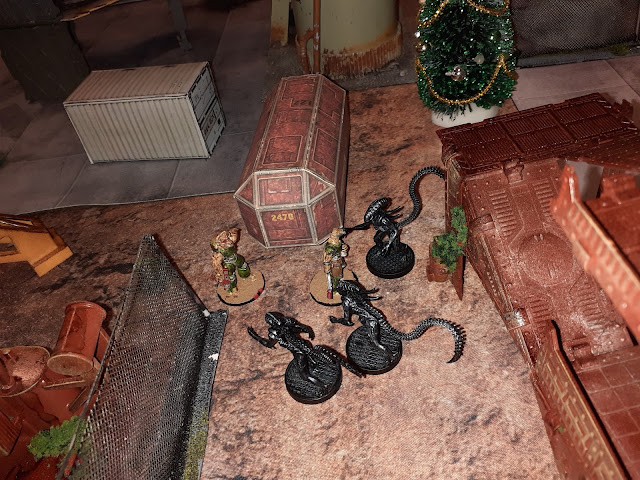 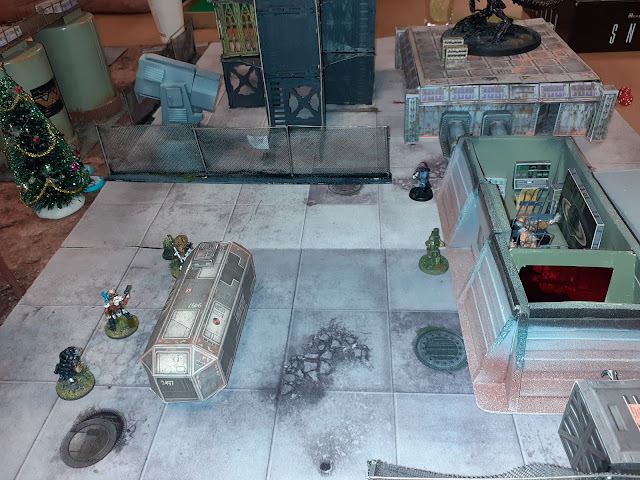 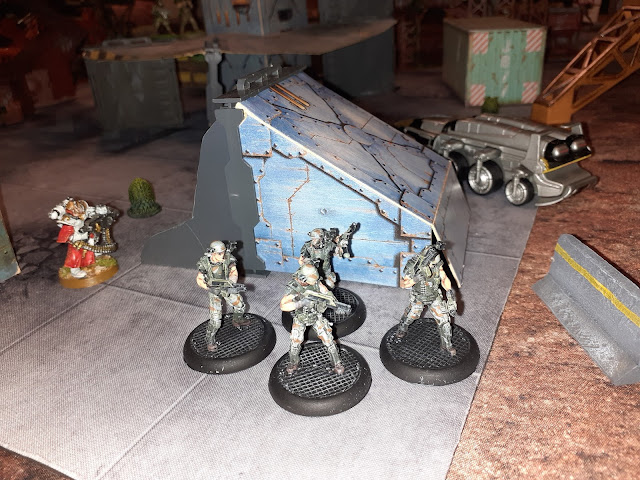 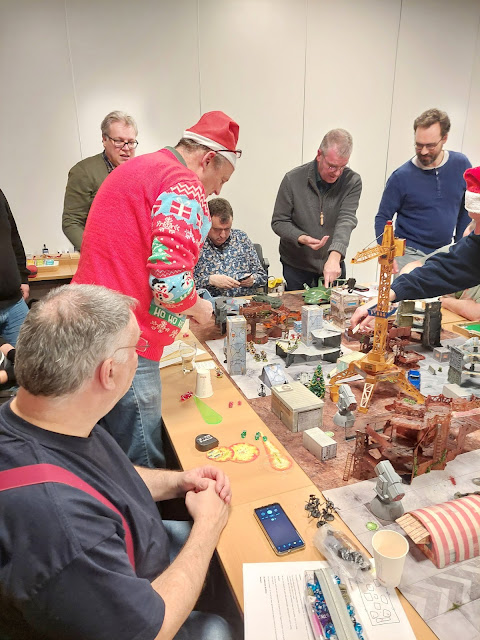 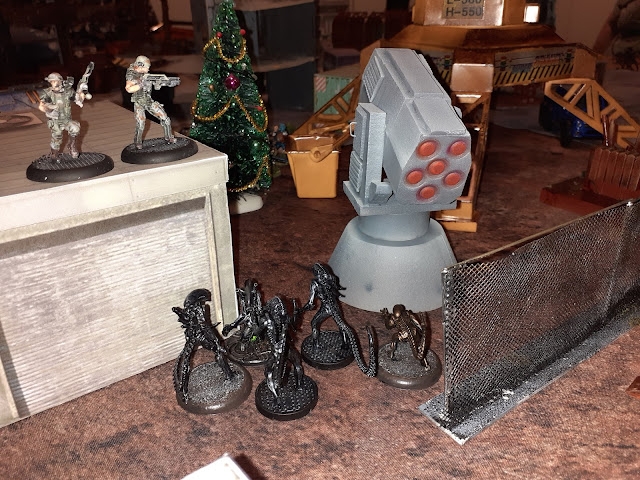 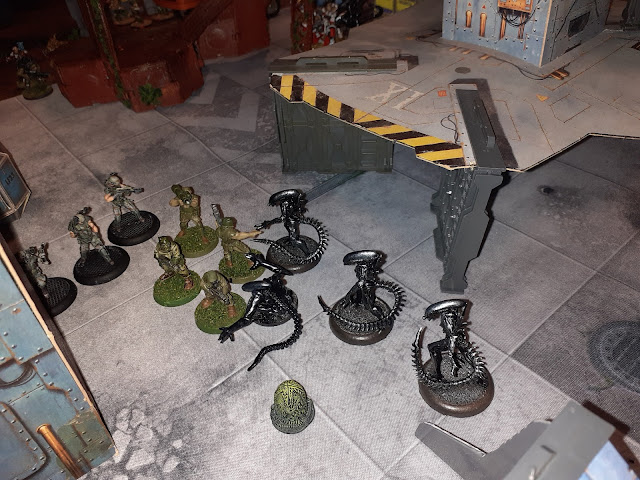 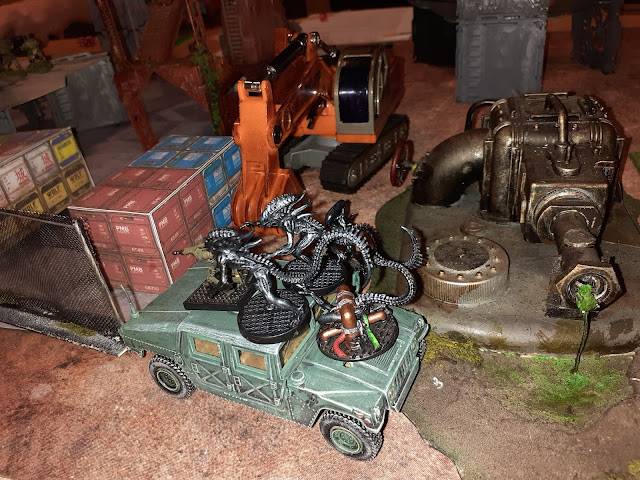 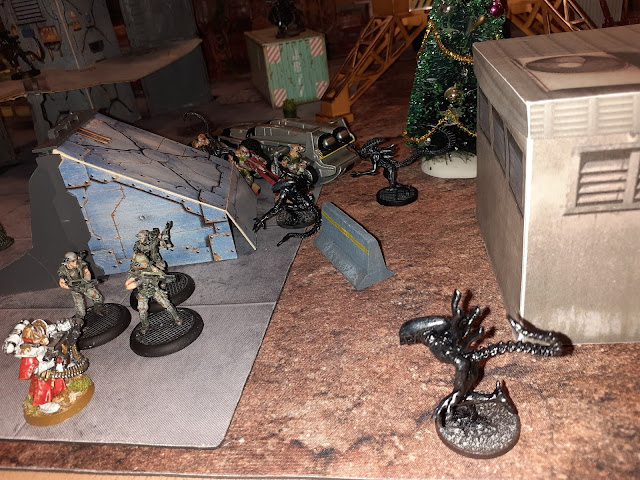 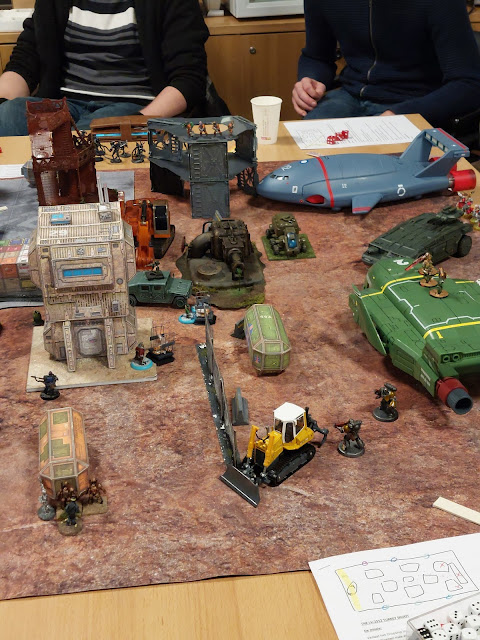 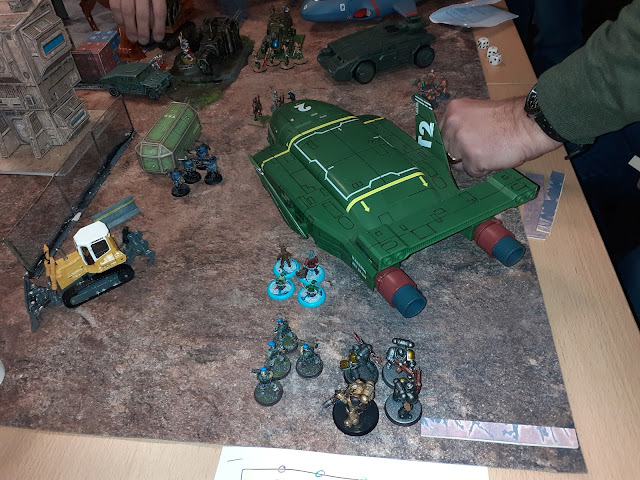 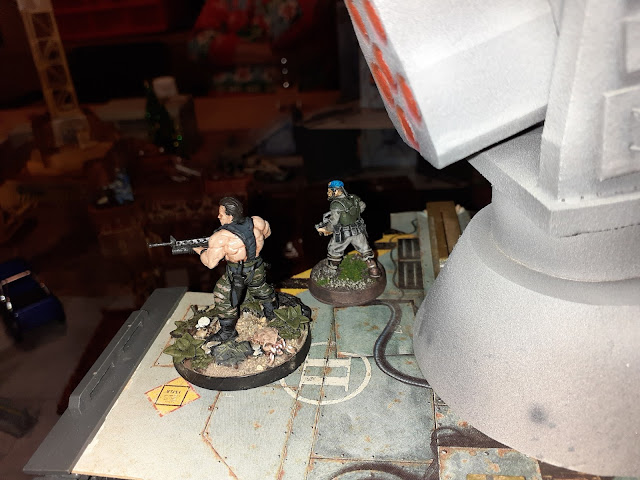 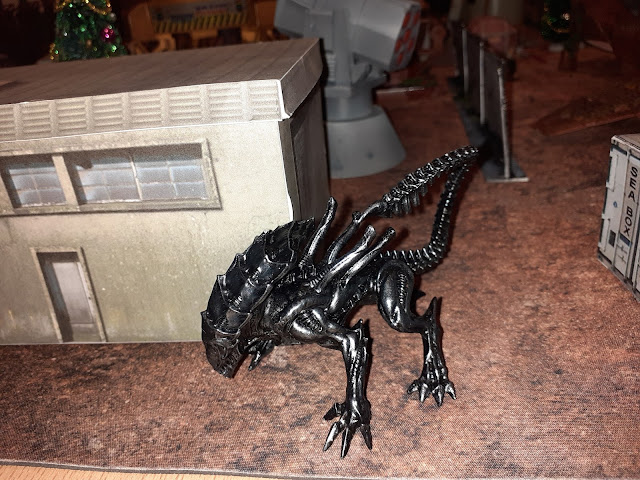 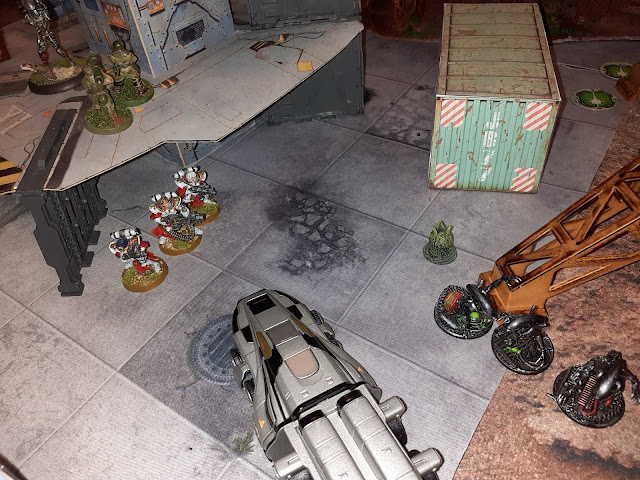 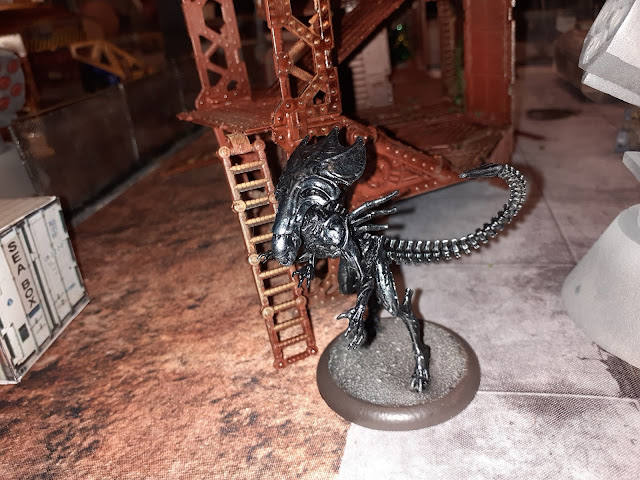 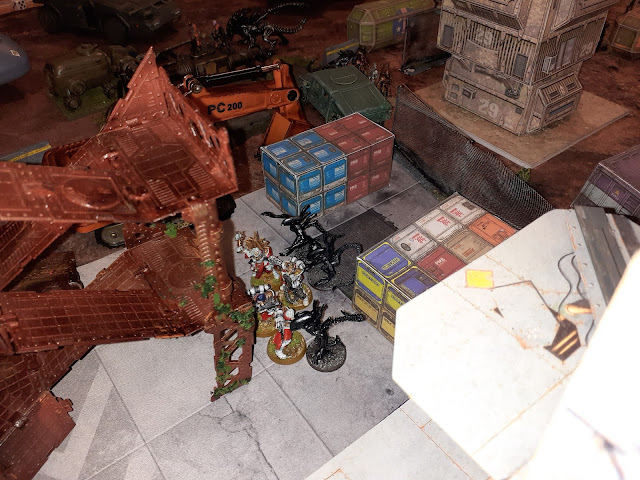 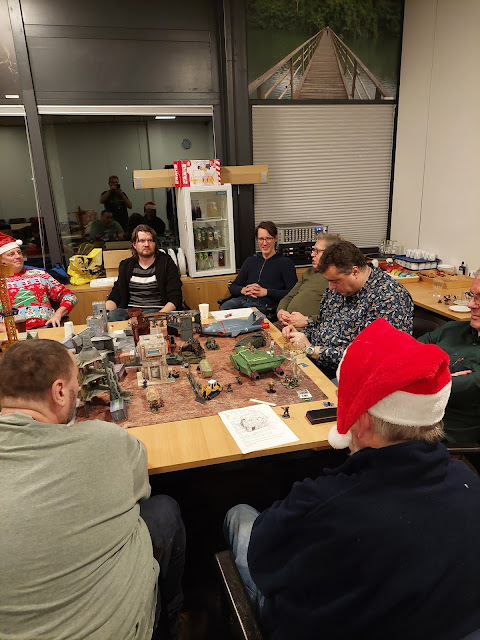 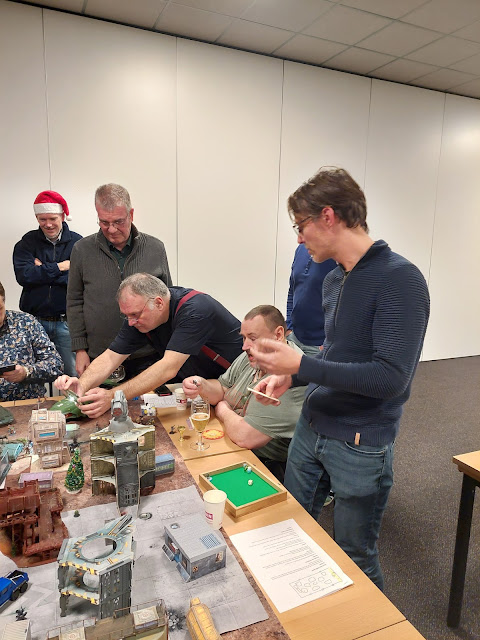 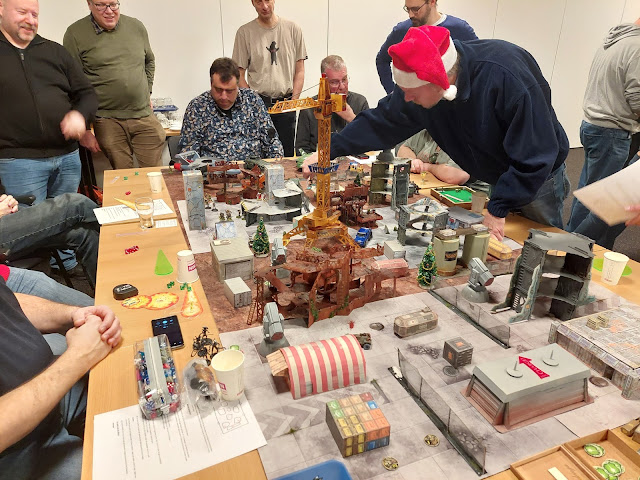