While working on my Vietnam project (and greatly enjoying that) I came to the realisation that my jungle terrain needed an upgrade. I made it about 10 years ago, at great speed as usual at that time to make a deadline for a project, and I simply didn't think it looked good enough. 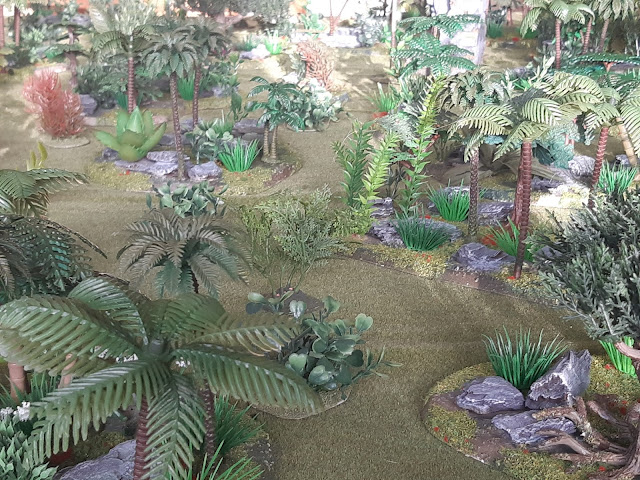 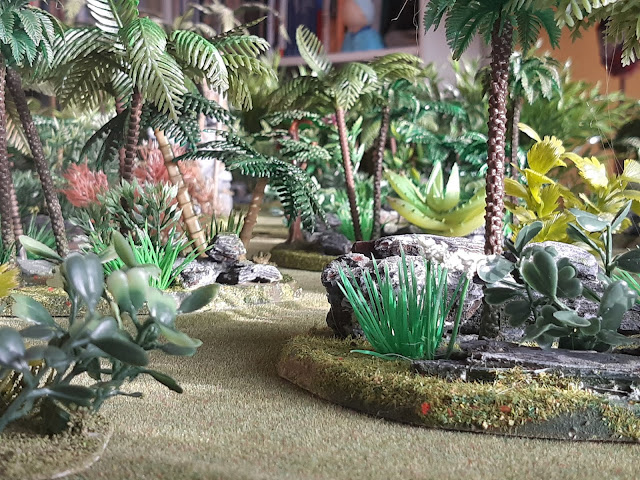 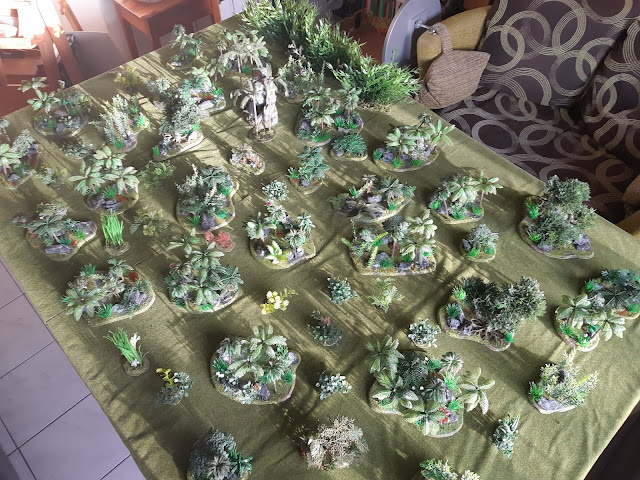 I decided to re-purpose the materials I used then. And since it not only needed to look good but also needed to work well in games I tailored my terrain to some ruleset-agnostic jungle rules. Or the other way around. I don't really know. It kind of grew naturally, just like real jungle 😎 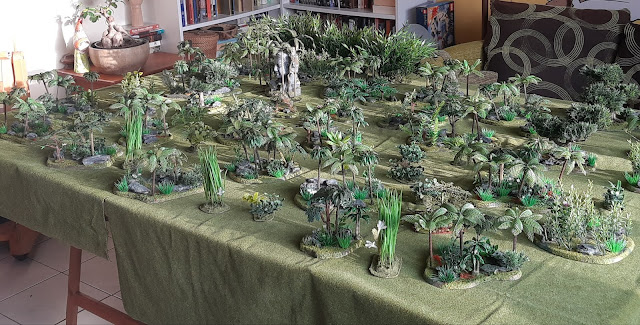 I had already developed a preference to jungle terrain placed on the table in small terrain pieces. That way figures could be moved around, terrain pieces could easily be removed to reach the miniatures and a table filled with them would still look sufficiently forested to resemble a jungle.

Real jungle, of course, cannot be represented on a wargames table and still be practical. It is a dense and nearly impenetrable mass of vegetation rising up from the ground in multi-layered canopies, only sparsely criss-crossed by wildlife trails. 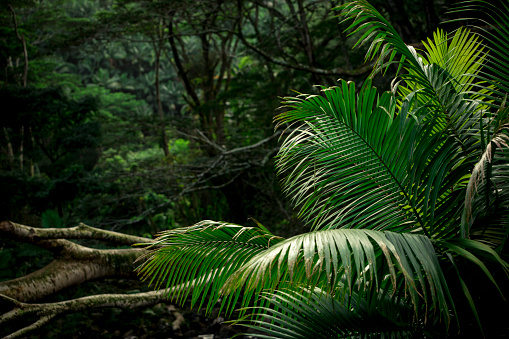 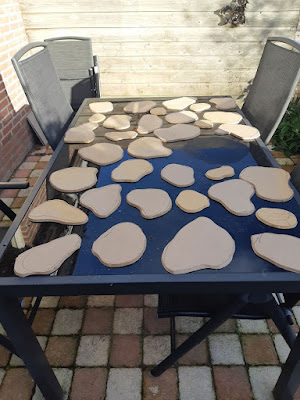 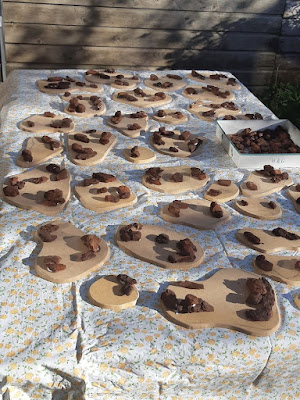 I started by making 30+ 6mm MDF bases in various sizes. I used pieces of tree bark (you can buy that in huge bags to use as ground cover in your garden) dried in the oven as rocks, glued to the bases. Admittedly, at this stage this had an uncanny resemblance with cat turds..... 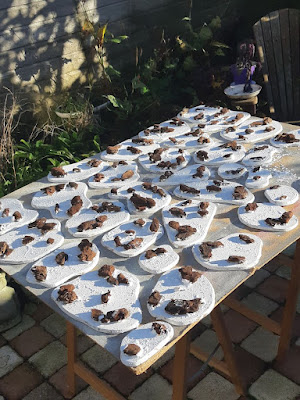 Then the bases were covered in structure paint (a mix of paint and sand and tiny pebbles) and subsequently painted them in browns and greens, then highlighting them in sandy brown. The tree bark bits were painted dark grey and highlighted in light grey and white. 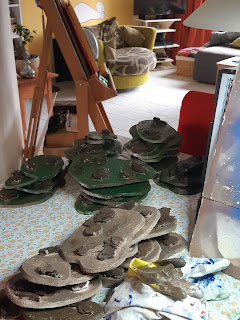 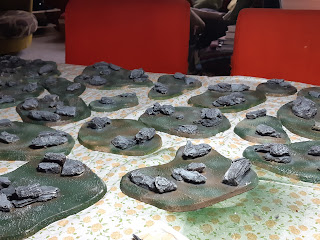 I made a bright green flock mix and stuck that to the bases with PVA glue, tossing in some bright red bits to represent flowers. That finished the bases. 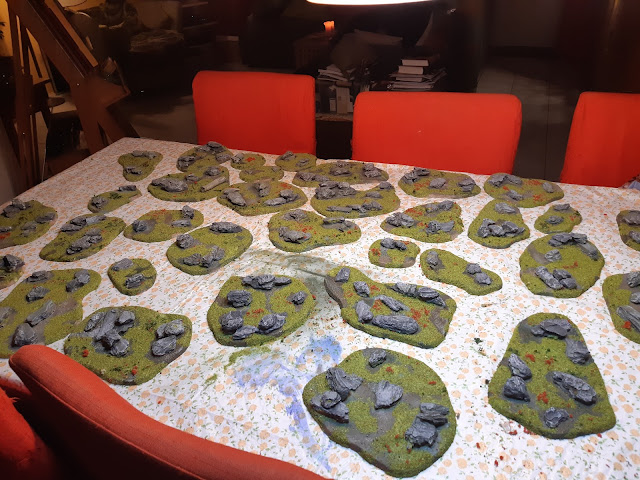 I sorted out all the stuff I had left over from the old terrain as well as everything I had collected over the years "just in case". It seemed waaaay too much at the time, but as it turned out I used nearly all of it. 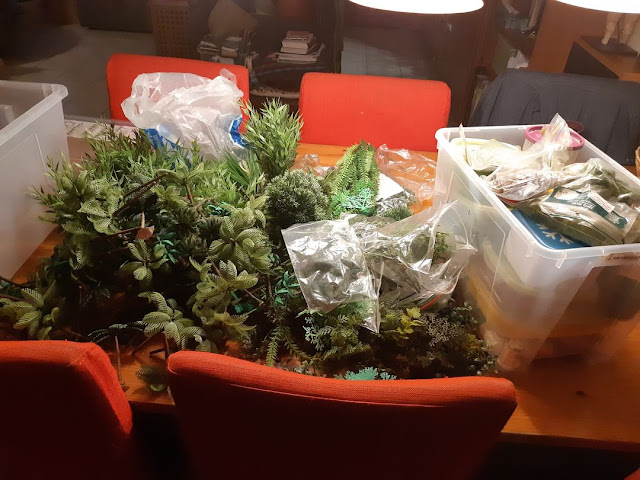 Then I distributed the trees I had and stuck them to the wooden bases using iron wire pins. I filled up the empty ground level with fishtank scrub and all kinds of cheap plastic plants and fishtank stuff to represent the undergrowth in a jungle. 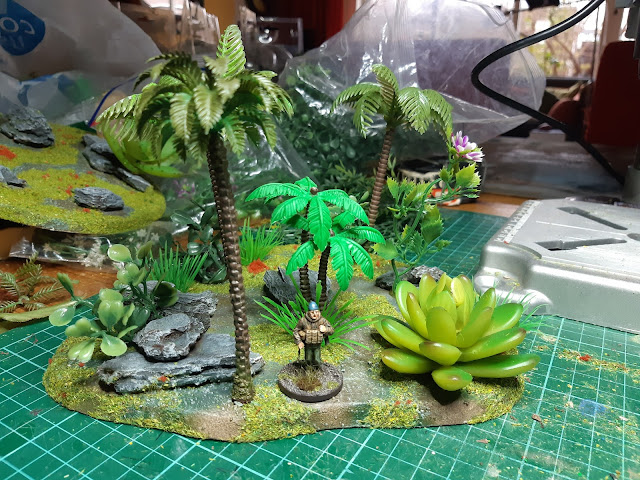 Then I finished it all by spraying browns and greens to subdue the bright plastic colours. 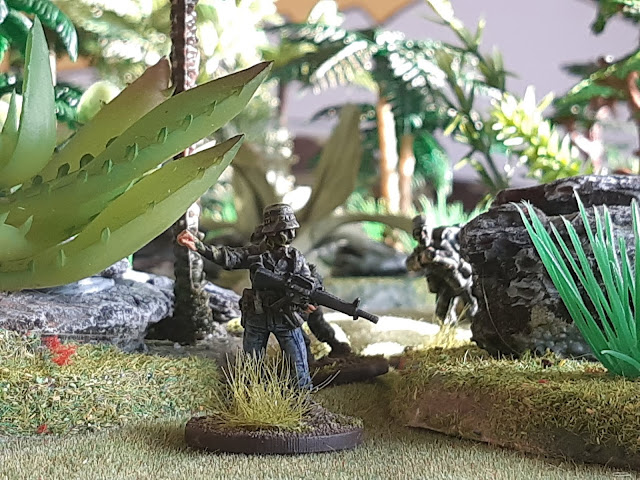 Distributed on the table, it represented relatively well a wide stretch of vegetation covering the table in large and smaller clumps, interspersed with paths. I think it looks pretty good! 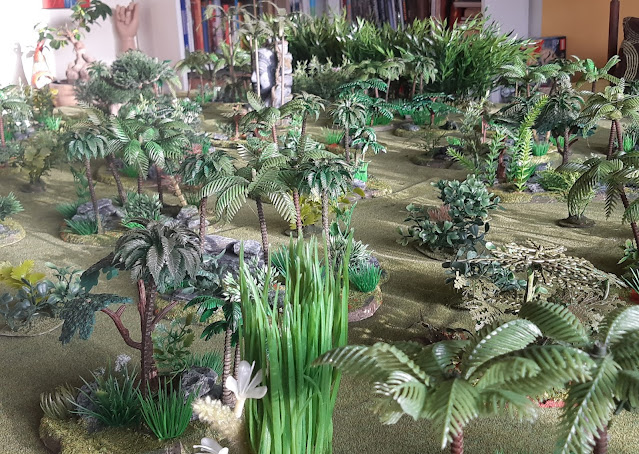 Game-wise, I think jungle should do a number of things it also does in reality:

So the terrain should make clear in an easily visible way where and when it does all this. I used the terrain pieces to do this and will use the Spectre Operations rules as an example. 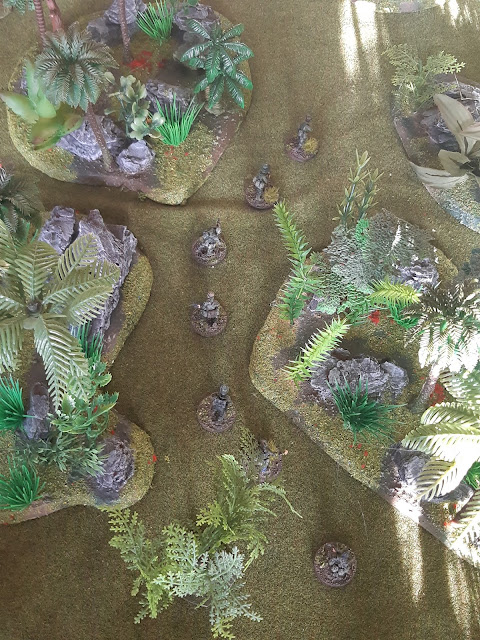 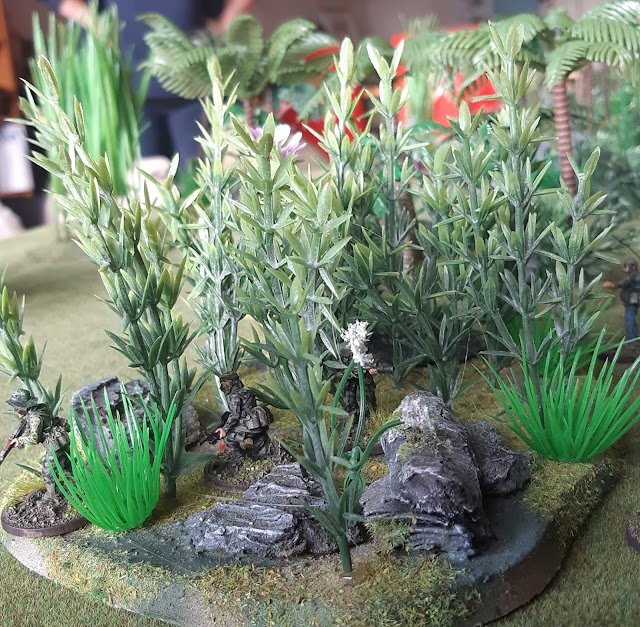