A while ago I chanced upon the Facebook posts of Paulus Miniatures, a Portuguese company about to produce a range of Paleolithical hunter/gatherers.

They are not primarily meant for wargaming but for education and produced in 54mm as well as 28mm scale. So far he has completed his paleolithical range and is now working on a range of 13th-14th century medieval European figures. I acquired a number of his 28mm figures and thought them impressive enough to s to point them out here for people collecting or playing games like Prehistoric Settlement or Paleo Diet. 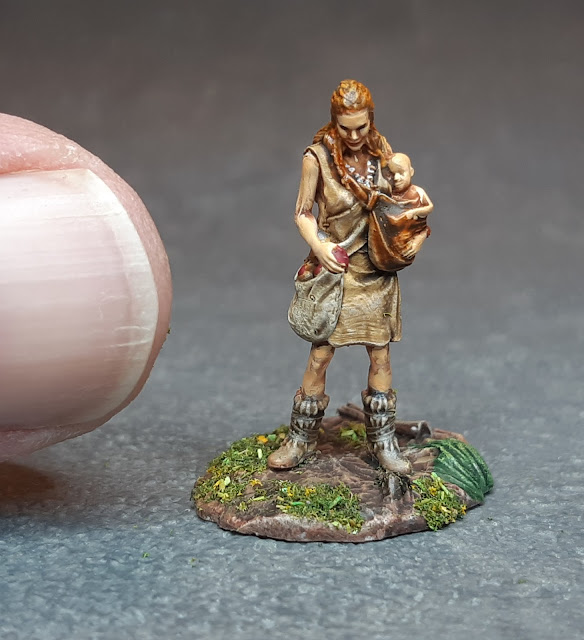 The figures are multipart resin castings of realistically sculpted human figures and animals. That means that compared to the usual 28mm wargaming figures they look rather small. To be fair, Paulus Miniatures version of 28mm is measured from the base to the top of the skull instead of the also very common base-to-eye scale (not to mention the increasingly common base-to-collarbone scale..... ) so they are indeed a tiny bit smaller than the usual wargaming figures. The visual size difference however is mainly due to their slender, realistic sculpting, next to the usually quite bulky wargaming figures, as the pictures below show.

The figures I built needed no cleaning and were assembled using standard superglue, primed and painted with acrylics. Building is fiddly enough to demand some modelling skills, due to the small size and VERY fine detail. The engineering and fit is excellent. I have yet to find a mold line and only the big mammoth figure needed a bit of filler.

Painting is a very rewarding experience. Let the pictures speak for themselves. 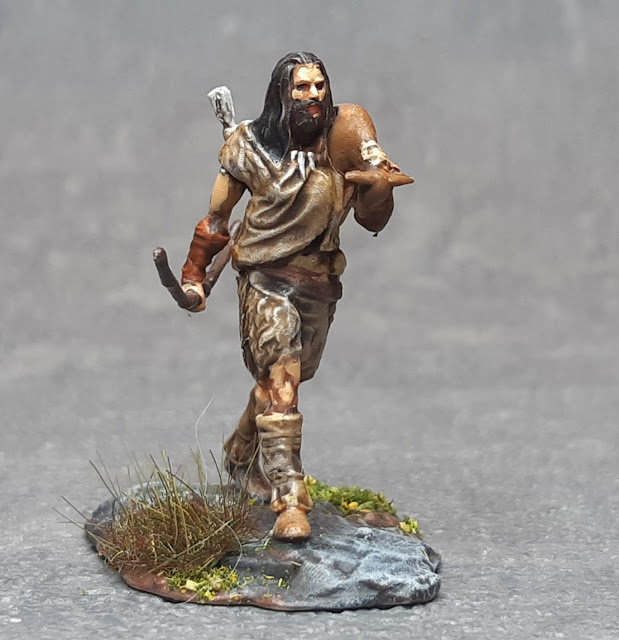 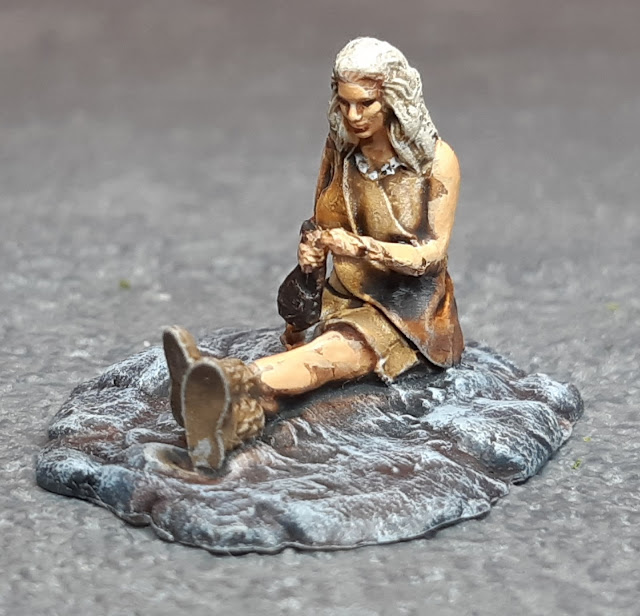 The poses are very diverse. There are of course the dynamic hunting poses but also all kinds of domestic activities like making food, performing rituals or simply relaxing. 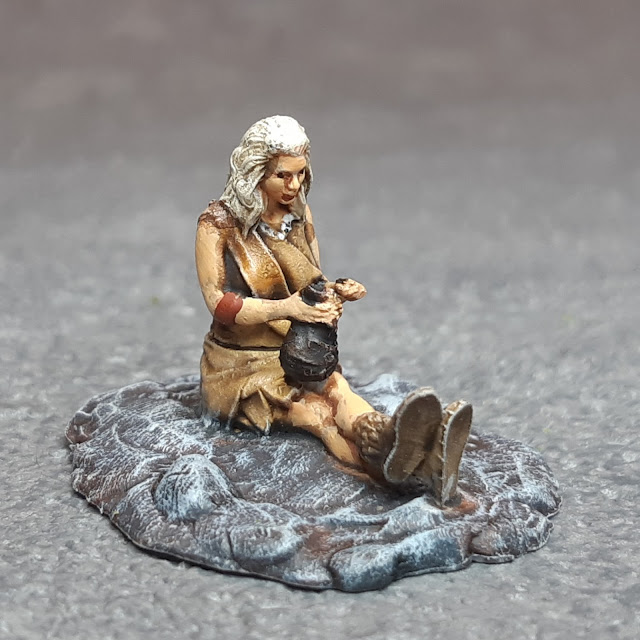 Being essentially a niche product for education instead of the gaming market the figures are priced accordingly and are not cheap. Their quality however is undeniable, so you definitely get what you pay for: excellently sculpted and cast figures of great beauty. 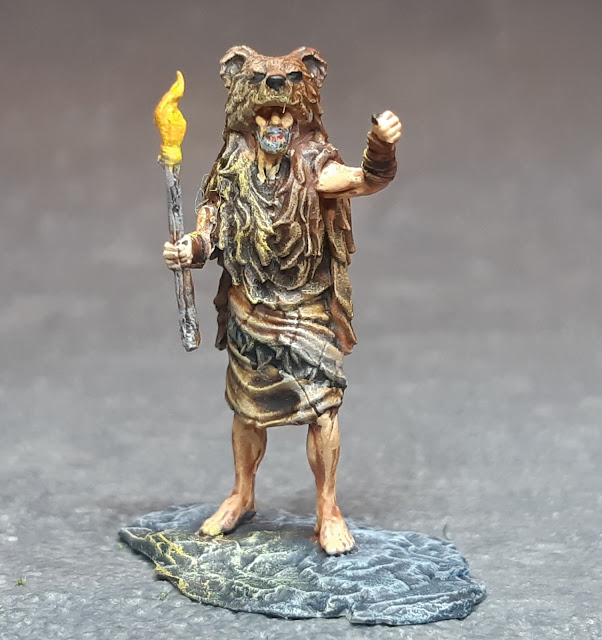 I am planning to acquire the rest of this range as soon as hey are in stock as well as a 54mm version of the mammoth. I have some devious plans for a fantasy army's Heavy Support.....

Very much recommended. Future builds and paintings will be shown here.