Writing a wargaming ruleset is in itself not very difficult. Writing a good one is. Writing a compact good ruleset is downright hard. So when I came upon the 2nd version of Empress Miniatures' rules and found out they were all of 4 pages (vehicle stat charts excluded) my curiosity was peaked!

How does it look?

Danger Close can be bought as a 4-page booklet or a PDF. I bought the latter and also added the (free!) vehicle stat charts as well as a blank one to add your own.

The pages are densely packed with text and tables. To my amazement the rules essentially cover only 2 pages. The next two are used to display the vehicle rules which are a variation on the infantry rules of page 1 and 2. Given the very limited size of this ruleset it is no surprise that it lacks any pictures or explanatory diagrams. 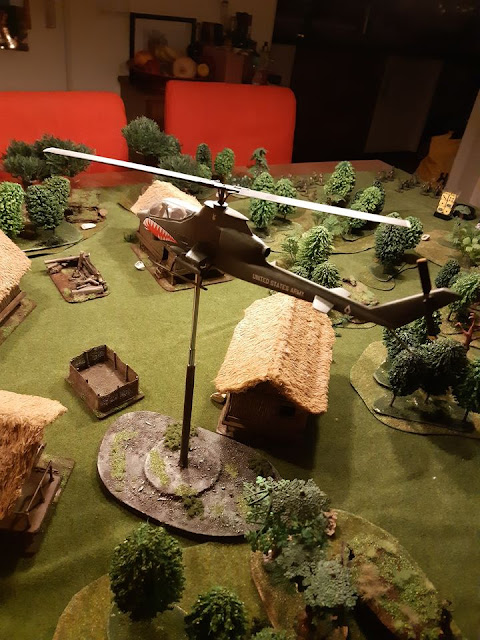 DC is a (kind of) alternate turn skirmish system meant for games with a few dozen figures and some vehicles. Turn sequence is determined by troop quality, the best activating first. Troop quality also determines how many figures you may Activate in your turn as well as maximizes the number of actions a figure has per activation, the best having more actions. So a figure might perform 2 to 5 actions per activation and can be activated once per turn. Finally, troop quality gives modifiers based on the difference in quality between opponents in spotting your opponents, shooting in a firefight or combat. So better troops move sooner, can do more and are more effective in combat and firefights.  All based on one stat. Very elegant. 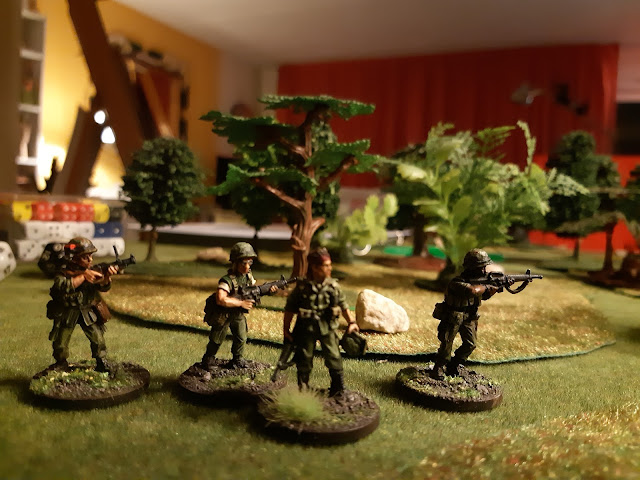 When your number of figures have exhausted their actions, it is your opponent's turn. And so on, until all figures have been activated and a new turn starts.

Shooting requires Spotting first. Once having spotted your target, you can shoot at it, using a D20 +/-modifiers based on the situation and trying to beat the minimum score. A hit will result in an injury (roll a second D20) or a miss, which still causes stress. 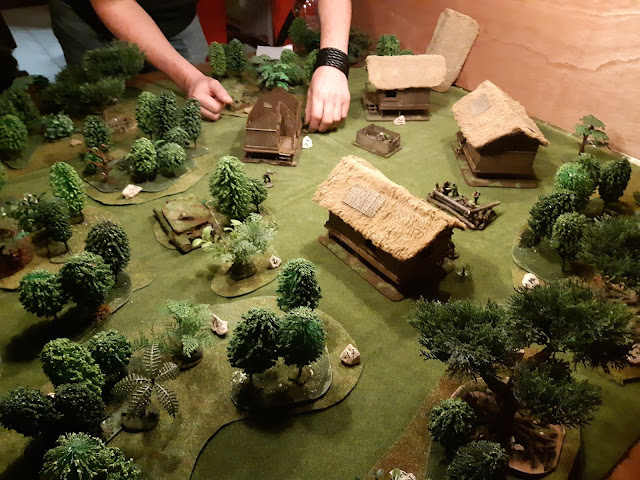 Stress is the currency of Morale in this game. The game knows only two Morale classes: Regular and Insurgent. Figures acquire Stress from being fired upon. All Stressed figures must make a test before being actiovated and might end up being limited or even surrendering. There are rules added for radios, boobytraps and Casevac,

The vehicles function about the same as a figure, but with different results for spotting and getting damaged. The vehicle rules include aircraft, AT weapons and AA weapons.

The vehicle stat charts include modern vehicles for the US, UK, Russia, China, France and Germany, as well as a chart with modern helicopters and a Vietnam 65-75 vehicle chart.

How does it play?

When one expects a brief ruleset to result in a quick game, DC will surprise you. A small squad versus squad game actually took us a few hours. While Activating is straightforward and gets figures moving around the table pretty quickly, especially shooting takes up a lot of time. Not just because it is a bit labour-intensive (roll (or at least calculate) for spot +/- modifiers, roll for shoot +/- modifiers, roll for injury) but because it is quite hard to hit something!

Since the target number is 17+ and the best positive modifier is a +3 you still need a 14+ to hit. So most shots miss and only result in Stress. We had one soldier standing in the open acquiring 12 Stress from getting shot at, failing his test, duck away and start without Stress all over again next turn! That way it takes a while to get decisive results. 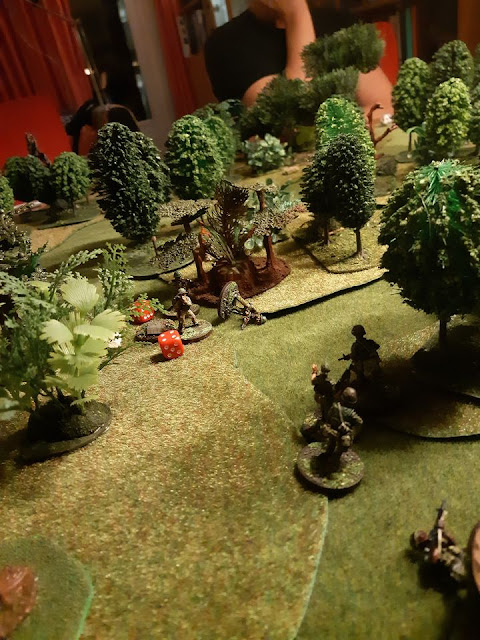 This may be a conscious choice (it usually takes an average few hundred bullets to kill an enemy these days) but it might not be everybody's idea of a fun game.

Morale checks are quick and easy but tend to give temporary results. There is no gradual deterioration of a force through loss of Morale.

You have to fill in a number of things that are not explained or expanded upon because of the briefness of the ruleset. Definitions of things like Overwatch, "obscured" and range (measuring from what to what?) are not included. How to place terrain, muster your forces or write a scenario are skills you have to bring yourself.

For compactness and price this game wins everything hands down. The ruleset is clear and brief and logically structured. Being essentially only 2 pages long, it does not need an index. Just turn the page.

Activation and Morale are quick and easy and the quality difference between troops is done very elegantly. There is hardly any bookkeeping needed besides Stress, injuries and Overwatch.

The shooting sequence is a bit laborious and ineffective. This made our game last a while. This might be realistic, but perhaps not to everyone's taste.

This game works with modifiers. A lot of them. Because of the 4-pages format modifiers are grouped together by impact. So for example all reasons to apply a +2 to shooting are grouped together in 1 line. This makes it a bit hard to find a specific reason sometimes. However, after a few games these things will probably get stuck in your memory. 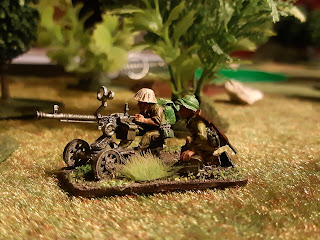 There is another caveat. This set is so compact that it only gives rules and explains nothing. This can be left out assuming the player is familiar with the way a wargame works, how Moves are measured for example or what something like "obscured" is supposed to mean. There are no scenarios or rules to set up a table. Al these things are absolutely no problem for experienced players but this might make the set less suitable for a beginner.