The scenario:
A central building has been the target of a robbery. It could be a bank or as in this case a gun store. 5 gangsters (militia) and their leader (professional ) are locked in and have taken two personnel postage. They are armed with a variety of sidearms and other firearms, like SMGs, a shotgun or 2 and perhaps an assault rifle. 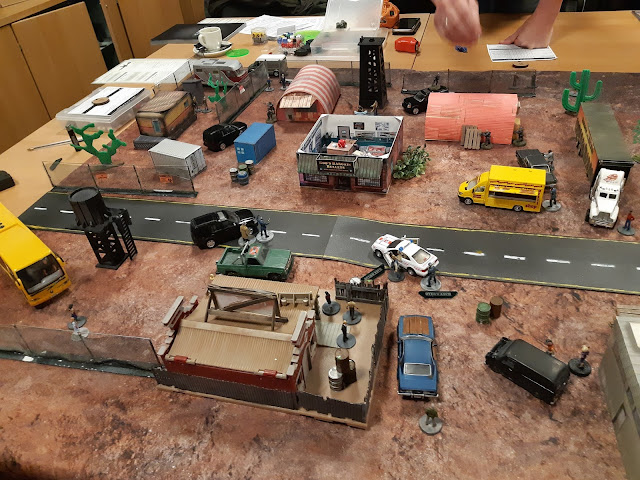 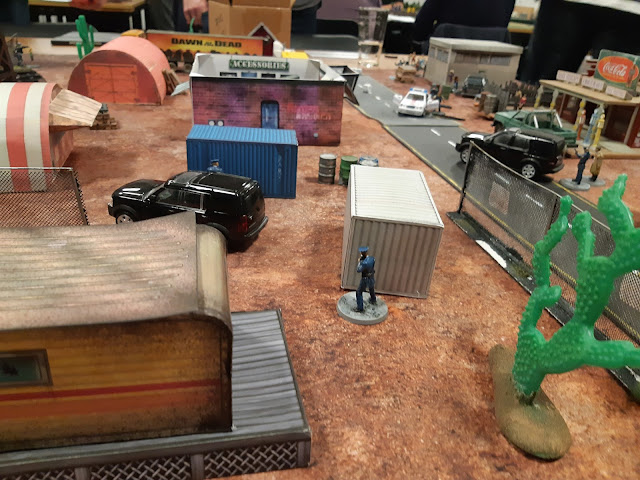 We had the police starting deployed around the building, but it might actually be more fun to have them arrive by car and/or motorbike and have them deploy as desired. When doing that, give them at least two or three Moves (or entire turns) to do that before the gangsters notice something is wrong. 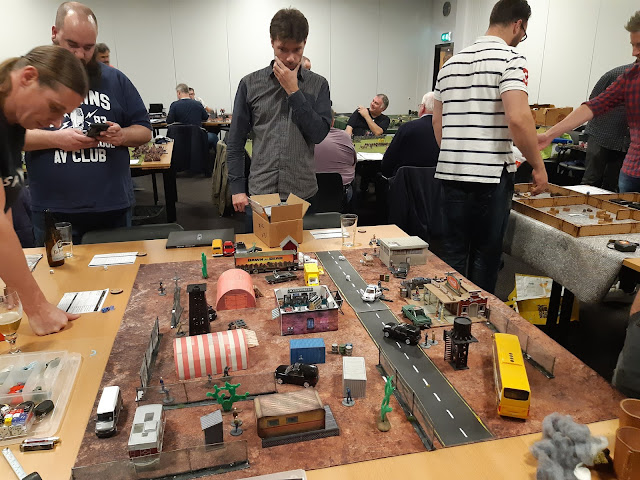 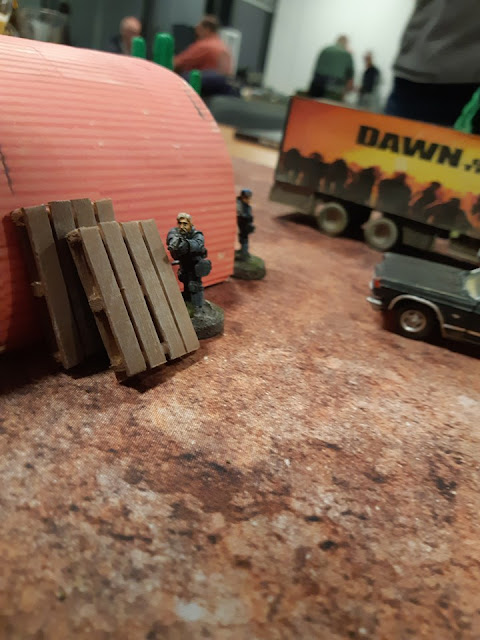 About 20 civilians are watching the events from the surrounding area. 4 of those are secretly nominated to be 3 more Militia gangsters and their Professional leader, the second man of the gang. Write down a description of the civilian next to a short description of the gangster the figure is suposed to represent. Show the paper upon revealing the gangster. The hidden gangsters always win Initiative. They may be found aka revealed by being Scanned by police. 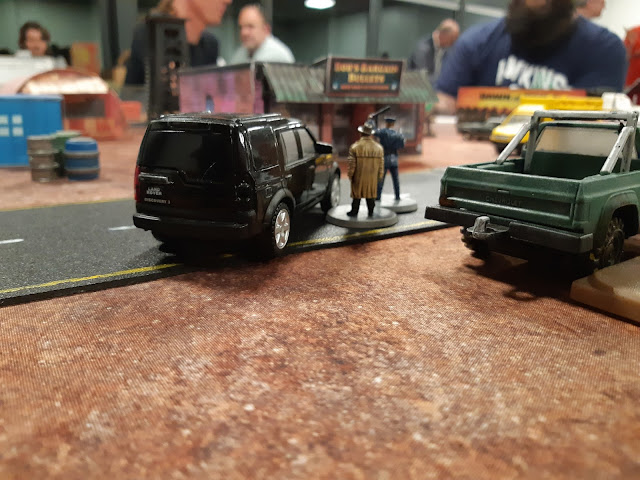 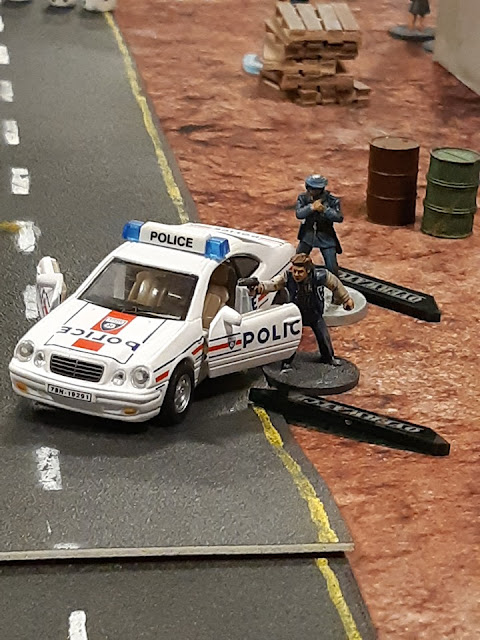 Whenever the gangster player activates them to give a command, move or attack in some way, the gangster is revealed. 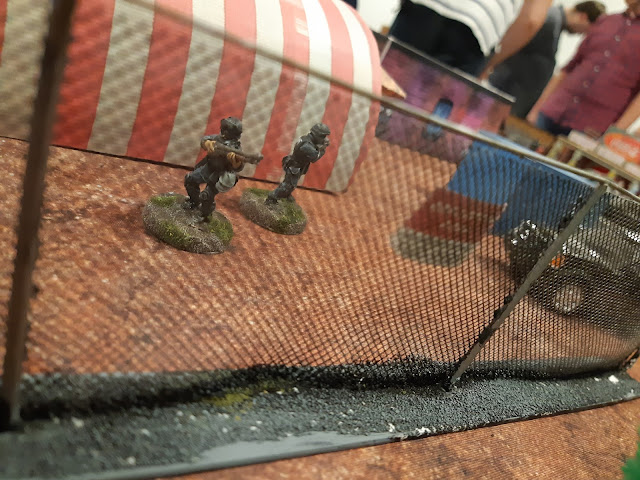 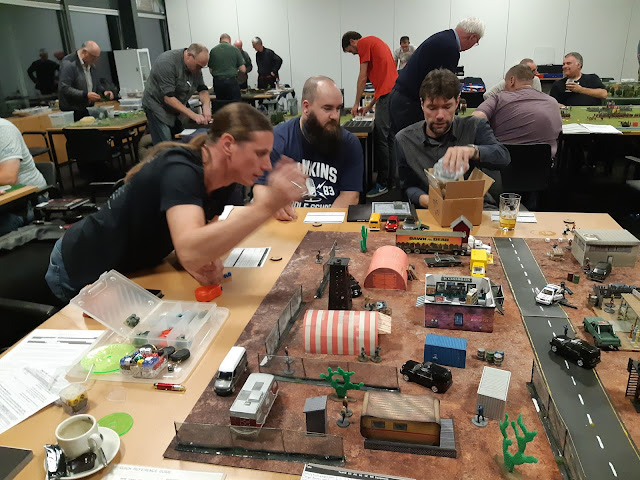 How it played for us:
The gangsters omitted to block the windows hence the police shot quite a few through the windows in the first barrage. The hidden gangsters outside took out 4(!) officers but when their leader was put down by a uniformed officer with a pistol at long range the rest lost heart. 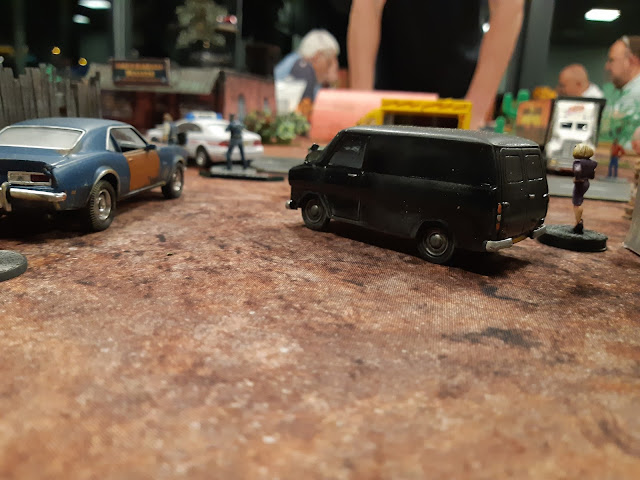 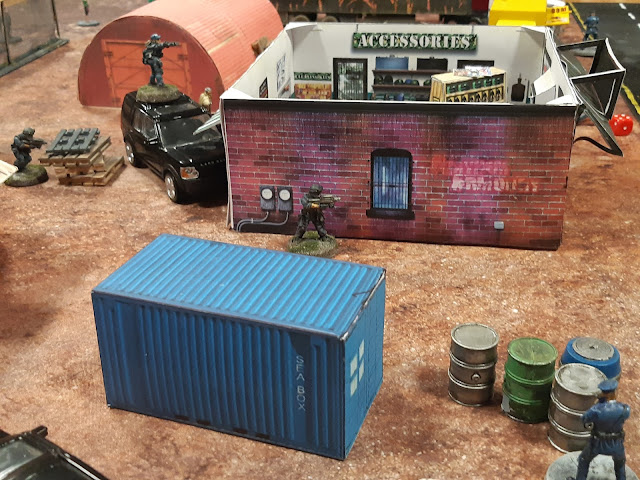 The remaining gangsters in the store decided on a last-ditch attempt to storm out for a car but were gunned down (partly due to lacking hiding-behind-hostages rules, amended above) by the SWAT team and the hostages were freed. 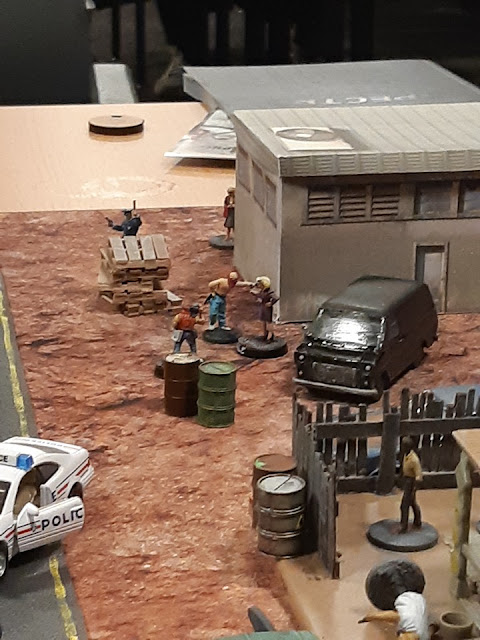